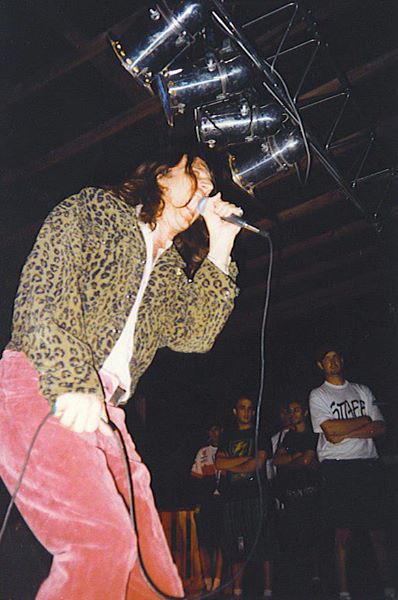 Tyson Todd Meade stands out as he shouts out during a 1994 concert with The Chainsaw Kittens, one of Oklahoma’s iconic alt-rock bands. As he tells it, it all began with the band Defenestration. 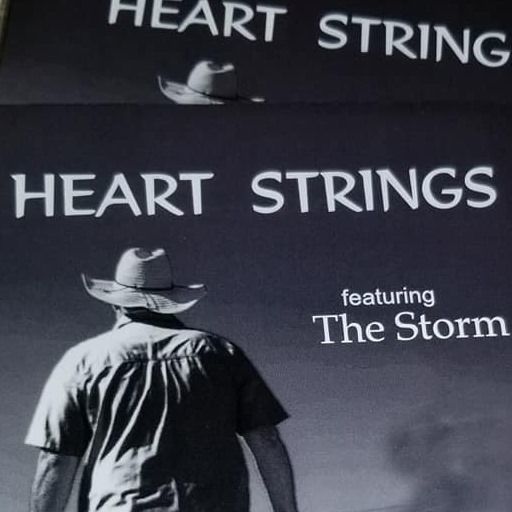 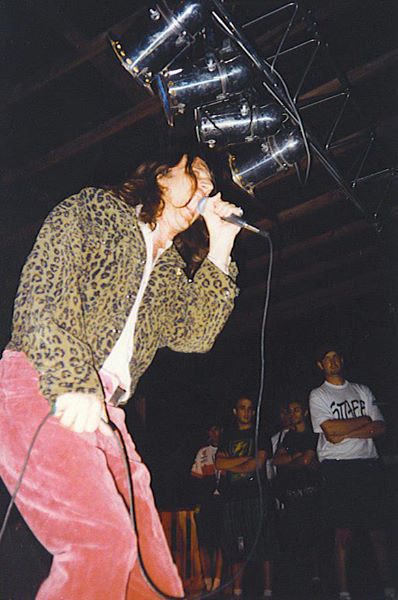 Tyson Todd Meade stands out as he shouts out during a 1994 concert with The Chainsaw Kittens, one of Oklahoma’s iconic alt-rock bands. As he tells it, it all began with the band Defenestration.

This week I’m introducing many of you to one of Oklahoma’s rock and roll icons from the 1980s and 1990s, Tyson Todd Meade. You don’t get added to the Oklahoma Music Trail for nothing. It’s the first of a tale to be continued next week (and possibly another).

Ever enigmatic, both today and in his heyday with Oklahoma alt-rock pioneers Defenestration and The Chainsaw Kittens, he helped make a monumental mark that made that band a favorite of Billy Corgan and Butch Vig. I remember a shambolic and wonderful duet cover of Fleetwood Mac’s “Go Your Own Way” when Meade joined The Smashing Pumpkins onstage at an Oklahoma City concert during the “Siamese Dream” tour.

By then, I’d grown familiar with Meade through proximity working as a sound engineer’s assistant at Norman’s Rome, a staple venue for all the cool, alt-rock kids in the early 1990s. He and his bandmates offered some of the most memorable live music shows I’ve experienced. And, man, were they loud.

With the sound of morning birds chirping in the background, Meade begins his story with the journey to Defenestration, his first band. He grew up with deep love for music beginning with his father playing harmonica while he was a baby lying on his chest. It grew when, at 8 or 9 years old, he heard “Me and Bobby McGee” became a bit hit.

“That was life-changing,” he said. “Just the way she used her voice.”

Andy Williams was also an early influence, as were John Lennon and Paul McCartney. Then Meade said he found Iggy Pop, the New York Dolls, Sparks, Queen and more and he was off.

Growing up and living in Bartlesville, it was a Norman connection that kicked things into gear. Everything that would become The Chainsaw Kittens started with Defenestration, he said.

“We got signed and we were a band that started in college, but I wasn’t in college when we started,” he said.

Meade and guitarist Todd Walker started writing songs together in the early 1980s. Things came together when Walker, who was living in Norman, asked the aspiring singer to join him to make music. In 1982, he did just that and delivered pizza while they began writing.

“He said ‘let’s put a band together,’ but when you’re in a small town, it’s not conducive ‘cause there’s nobody else,” he said. “I’d been in some bands, but nothing of note.”

Meade journeyed to Kansas for college where his eye and talents turned him towards the stage ... but in a different way.

“I’m part of the acting fraternity,” he said. “I had to pick from music and drama. Todd said let’s really do this band.”

In 1984, Meade came back and Defenestration took form, although with what would become a revolving lineup of bass and drum players.

Once the original songs came together, finding a place to perform them would be tough. But, when there’s a will there’s a way.

“It was a really magical time where 200 people would show up for house parties,” he said. “In 1984, nobody booked bands that played primarily original material. We would be on punk rock shows at the American Legion on bills with The Flaming Lips when they were beginning, too.”

The two bands ended up performing at The Bowery where they would open for touring national and regional acts. The connection between Meade and The Flaming Lips’ Wayne Coyne remains strong; they’re neighbors in the same Oklahoma City neighborhood now. Coyne helped Defenestration get its self-produced album out across the country and led to the band getting signed. The record gained traction and got onto “a lot of really prime radio lists,” he said. It almost didn’t happen.

But connections were made. Jane’s Addiction’s demo was circulating and Meade said the bands became long distance friends for a while. They were connected with a sound that presaged the next big thing.

“We were sort of that sort of hard rock but not metal and not hair metal,” he said. “Nirvana fine-tuned it and the world was ready for that type of sound several years later.”

Here’s video of the band at its live peak from 1986 episode of Adjust Your Heads, a Norman public access show: •Defenestration – “Tripping Drag Queens” —https://youtu.be/rCNOxBwS-9E.

Defenestration signed to Relativity Records but, by the time the album “Dolly Does Windows” came out things fell apart. It would also lead to a creative rebirth — one of many.

“It was one of those things where things stopped before they started,” Meade said.

From there, The Chainsaw Kittens would be born. Next week, Meade’s recollections of that powerful lineup will be revealed.

Ray Bordelon is offering local musicians the chance to record their music for free from Scratch Studios. He said that due to lack of funding concerns linked to COVID-19, he’s offering free studio time to record up to three songs with complete mastering and free CD or mp3. It’s a way to keep growing the musical talents of Southwest Oklahoma.

“I just felt compelled, to share my time helping future artist, all are welcome to share their talent with others,” he said. “Get a movement going in Lawton, too much talent stagnated, I know something good will come from it. It’s all about sharing. I’m in no means trying to damper local studios or try competing with them.”

This week’s show offered #VirtualSoundemoniumFest Showcase Part 1 of Today’s Best Soundemonium! with Steve Carr, a.k.a. Steve-O, and the columnist and offered highlights from the online shows from the sequestration.

Jokey McJokerson’s return was out of this world:

“Because he has little legs.”

#Sundaymonium — Remember that every Sunday night you can listen to a rebroadcast of the prior week’s show followed by this latest show: 6 p.m., Mix Tape Surprise 8; 6:30 p.m., #VirtualSoundemoniumFest Showcase Part 1.