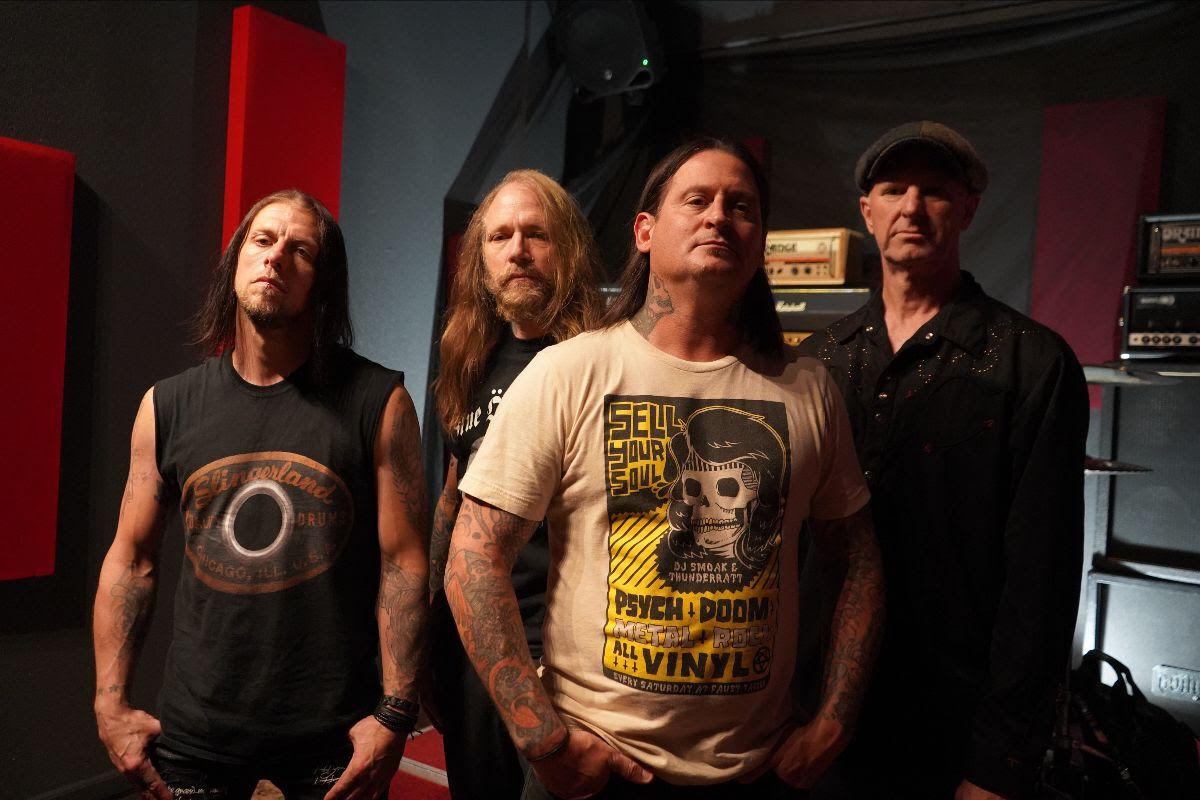 Thunder Horse are ready to ride to the top of the doom world with their sophomore release, “Chosen One,” due for a March 12 release on Ripple Music. 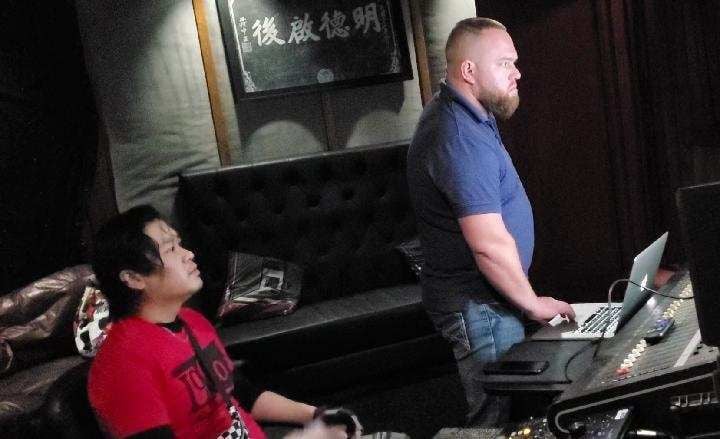 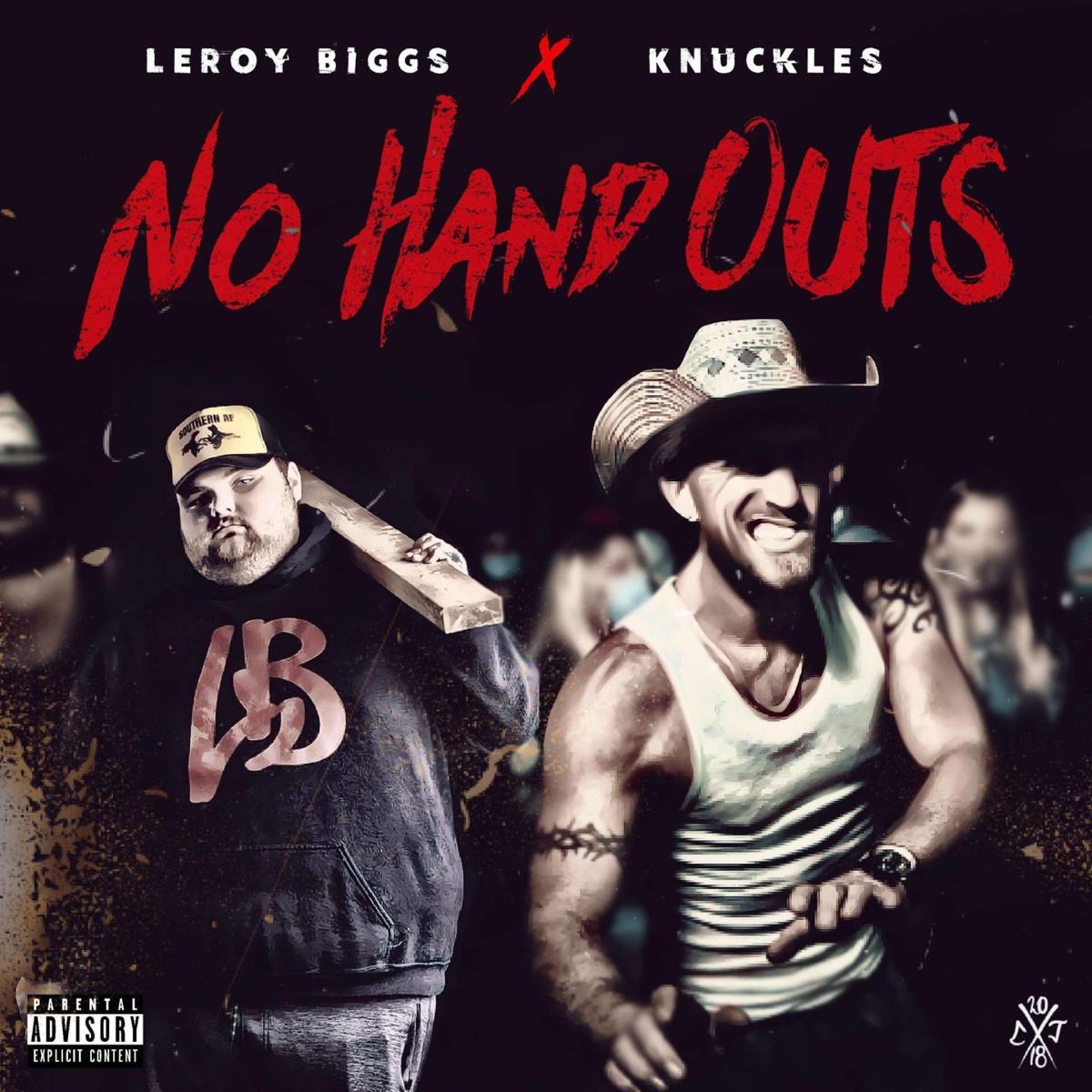 Hick hop titans Leroy Biggs, left, and Knuckles (Steven Nuckolls) joined together for a heavy hitting anthem about pushing yourself to the fullest potential. It’s a burner.

Thunder Horse are ready to ride to the top of the doom world with their sophomore release, “Chosen One,” due for a March 12 release on Ripple Music.

Hick hop titans Leroy Biggs, left, and Knuckles (Steven Nuckolls) joined together for a heavy hitting anthem about pushing yourself to the fullest potential. It’s a burner.

The new year is bringing big things for the powerhouse doom mëisters in Thunder Horse.

Featuring one of Southwest Oklahoma’s favorite musicians, Uncle Dave Crow performing on the 12-string bass, this quartet is riding high as one of the latest talents signed to Ripple Music. Considered a key label to the underground metal/doom/psychedelic scene, its roster is filled with consistently charting artists.

It’s a different fit than you’re used to from Crow. Known for frenetic roots/punk guitar and vocals in The (legendary) JuJu Beans and Uncle Dave’s Rock Service, you’re used to see him at the forefront of the stage. With Thunder Horse, he’s letting himself stay in the groove and let it the bottom end speak for itself.

Joined with Stephen Bishop, singer/guitar; lead guitarist T.C. Connally and Jason West on drums, they form a powerful combination. All have decades performing their music. Together, that experience shows. And now it’s paying off.

But when it comes to the direction of Thunder Horse, Crow hands the words over to Bishop.

“I consider us being on this label a major accomplishment! They are truly one of the last great DIY (do it yourself) labels. You know, the days of $100K deals, tour support, press, yadda, yadda, are over man.”

Bishop, who has been in bands on big labels, said that Ripple is the “happy medium that actually takes care of their roster.”

After their eponymous debut album’s release in December 2018, the band began gaining steam online and through live performances. Although the COVID-19 pandemic shut down the live portion of their attack, the band continued working and refining material for its follow-up album. Due for a March 12 release, “Chosen One” will move this upstart band into its next realm.

On Wednesday, the band released its first single and video from the album called “Let Them Bleed.” It picks up where the first album left off. With plenty of grinding, southern doom slither, it’s a beast of a way to kick off 2021: https://youtu.be/rpZuODOT7IU.

Bishop called it the “anthem for these tumultuous times.”

“It’s us against them,” he said. “Stop fighting each other. The only enemy we all have in common is our government.”

Bishop believes the new album is a “huge step forward” and the songs are “much more mature and thought out.” It was a true band effort.

“There was a lot more collaboration from all members this time,” he said. “You can hear influences from each of us, instead of being so one or two dimensional like the last album.”

Although proud of the new album, Bishop said he’s ready to get the next one released. This collection has been ready for a while but due to the pandemic, release had been pushed back. He’s hoping they can release another album this year, as well.

Keeping the band together was, as for most outfits, a tough go in 2020. Bishop noted how all the members of Thunder Horse have different backgrounds, influences, agendas and life goals and that could make things extremely difficult. But they all work well together.

While the bandmates make their differences work, Bishop noted that not all relationships hold as strong during these times. It’ll make for material in upcoming music, I’m sure.

“I have heard some of the meanest, nastiest, and vile statements from people I truly thought were my friends, about me,” he said. “I’m glad 2020 is over and we can move on with whatever is yet to come … good or bad.”

Thunder Horse was fortunate to be able to stay relevant during the year and keep generating the good buzz that’s been growing louder since their inception.

After releasing a couple more videos, Bishop said plans are for the band to hit the road and tour. It’s imperative.

“The world needs live music, and we are happy to oblige,” he said.

Keep following Thunder Horse as this quartet continues its rise in the music world. Follow their social media and online music platform presence and feel the thunder for yourself.

As he finishes up his new solo EP featuring a lot of collaboration with Joshua Tullis, known in the Oklahoma hip-hop world as Triple Eight, Thanh Le is giving you something you’ll love as an early release.

The new song, released Wednesday, “Pain You Love” is a punchy, hook-filled song that mixes a chill-vibe with the woofer thumping low end that makes you want to move: https://open.spotify.com/album/1rHKCk20PJifpOQsNJqgPh?highlight=spotify:track:4cLLAJSTojKpxegiYXOqox.

“This song is out on most platforms, iTunes, Pandora, Spotify,” he said. “If you don’t have Spotify, you can download it and get a free month of premium, so check it out, like it, share it, put it on repeat.”

The collaboration with Triple Eight came together over the course of the 2020 pandemic via home studio recordings and shared files over the internet with occasional in-person work sessions.

Lee wrote the song and recorded the music and vocals from his Lawton home studio. He sent the files to Triple Eight who would do his work from his Oklahoma City-based Boombox International Recording Studios.

Their teamwork connected and built “Pain You Love” into a strong recording and ups the anticipation for the album, due a late-March/early spring release.

While working on his solo album, Le and his collaborator in 1GCrew, Oli Rey Ben, are putting the building blocks in place for their next release.

Lawton’s Knuckles (Steven Nuckolls) isn’t known to be lazy. This past year has shown that with his “The Rodeo” album that came out in December 2020, along with a ton of collaborations and specialty projects.

The latest proof of his powerhouse potential for the big time comes with his new single with Leroy Biggs called “No Hand Outs.” It’s a song that puts a bad bumpin’ beat that serves as the vehicle for what Knuckles calls a “hard-hitting country hip-hop anthem about working to the fullest and not expecting anything.”

Biggs, who is a country rapper from Tennessee who’s currently on tour with Ryan Upchurch and our local hick hop hero first began talking about collaboration during a conversation begun on Instagram. Produced by local super-producer Andrew “Fyu-Chur” Jackson, the track has been gaining a lot of listens and positive feedback from listeners on Spotify and Apple Music, according to Knuckles.

“The motto of the song is ‘No Hand Outs’ and I expect nothing to be given to me,” he said. “But I do plan on taking country rap music by storm in 2021.”

It seems a perfect opportunity to let one of Oklahoma’s favorite sons offer this week’s Song for the Sequestration. It felt like a moment of unity for Americans, at least through music, when Garth Books took his place at the National Capitol to offer his acapella version of ”Amazing Grace” during President Joe Biden’s inauguration. It was ever more stirring when he asked those in attendance as well as those watching throughout the country and world to join him in the final verse: https://youtu.be/lboVI0dJR_o.

And you have to hand it to Lady Gaga for making the ”National Anthem” come to life in her own unique way. With her gold microphone in hand and the Marine Corps band backing her, she breathed life into the song for all of us: https://youtu.be/HezPdHTwdGA.

No matter your views politically, we are all one nation. It’s always good to return to Oklahoma son, Woody Guthrie and to remember ”This Land Is Your Land”: https://youtu.be/wxiMrvDbq3s.

We are all in this together.