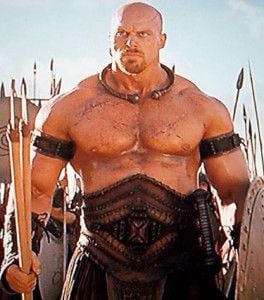 At 6-feet, 11-inches tall, Australian strongman actor Nathan Jones, pictured in “Mad Max: Fury Road” has been cast as a killer Sasquatch in “The Kiamichi Project” that is currently in pre-production and readying to begin filming in Southeastern Oklahoma. 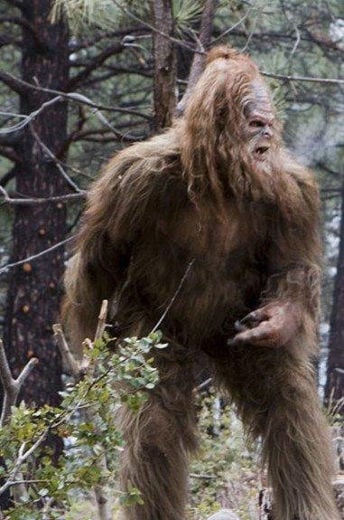 Rod High is messing with Sasquatch lore with his plan to film his script “The Kiamichi Project,” but unlike the Jack Links Beef Jerky folks, humor will be replaced with the energy of a thriller. 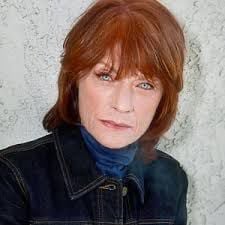 At 6-feet, 11-inches tall, Australian strongman actor Nathan Jones, pictured in “Mad Max: Fury Road” has been cast as a killer Sasquatch in “The Kiamichi Project” that is currently in pre-production and readying to begin filming in Southeastern Oklahoma.

Rod High is messing with Sasquatch lore with his plan to film his script “The Kiamichi Project,” but unlike the Jack Links Beef Jerky folks, humor will be replaced with the energy of a thriller.

Very soon, Bigfoot sightings in Oklahoma may go up with the filming of a new movie called “The Kiamichi Project.”

Now in pre-production, with the signing of its primary character to portray Sasquatch, it’s just a matter of motion for Rod High, president and CEO of Phoenix, Ariz.-based High Entertainment. He is the producer and screenwriter for the film. Filming is planned for Southeastern Oklahoma.

“It’s in the development stage,” he said. “We do want to start filming as soon as possible.”

The movie is about the hunt for Sasquatch, or Bigfoot, by a cryptozoologist who is also a former Green Beret, for the killer beast that may have killed her sister. During the hunt, things turn deadly when it’s realized this particular ‘squatch is also under control of the U.S. government.

It’s pop culture sci-fi fare that should be a lot of fun. That’s how High hopes it’s received. He tapped noted actress Meg Foster (“The Scarlet Letter,” “Lords of Salem,” “31” and dozens more) for the role of the hunter about two years ago.

Most recently, actor/pro wrestler Nathan Jones (“Mad Max,” “Troy” and others) has signed on to step his 6-foot, 11-inch strongman’s physique into the vaunted role of the killer Sasquatch. He said being in a film that mixes the genres of action, horror, and fantasy into a gripping tale of revenge is the right fit. He hopes his role will become one considered a classic.

“For me, I love action roles, and I’m well suited for it. But who doesn’t like scaring others as well? If you can combine the two, all the better. They go hand-in-hand,” Jones said in a statement from his home in Queensland. “When I think of action horror films, ‘Alien’ stands out in my mind. It’s one of my favorite creature features of all time. They established the creature so strongly, every time it came into play, it put you on the edge of your seat.”

“Nathan is an amazing actor and a great guy,” he said. “His role is pivotal to the entire movie, and we’re just so lucky to get him onboard.”

When asked about practical effects with actors versus CGI in creating the mythic creatures in “The Kiamichi Project,” Jones said a combination gives audiences (and actors) the best of both worlds.

“They both have their strengths and weaknesses, advantages/disadvantages, which is why it’s a good idea to use both aspects that the director feels will make the film shine,” Jones said. “If you have the budget and no constraints to limit your creativity, by all means let her rip.”

High said the project has really gained traction since late 2019. He’s been reaching out to people in the industry from the Oklahoma City area, including Ben Richardson as line producer.

“We want to get a director on board; it won’t take that long,” he said. “We really want to get down there and start shooting.”

The rebate program from the Oklahoma Film Office has proven attractive to High. He said it offers incentives along with connections to the right people to get it done.

Originally from North Carolina, High moved to Phoenix 15 years ago to be closer to Los Angeles, Calif., where he could be connected for screenwriting projects. “The Kiamichi Project” is one of three of his scripts to be optioned.

The subject of Sasquatch is one dear to High’s heart. As a kid, he had an interest in Sasquatch and the Loch Ness Monster as well as other cryptozoological subjects he learned about from Leonard Nimoy’s series “In Search of …” that ran from 1977 to 1982. Cryptozoology is considered a pseudoscience and subculture that tries to prove the existence of entities from the folklore record, referred to as cryptids.

“The Bigfoot episode I kind of latched onto,” he said. “’The Six Million Dollar Man’ had a couple of episodes featuring Bigfoot characters that kind of sucked me in a little bit.”

As he began developing the story, High said he started looking into the Abominable Chicken Man sightings at a farm west of El Reno in the 1960s. That led him to look at Oklahoma’s connection with ‘squatch lore. The state is rife with variations of the iconic cryptid.

Caddo County has its own bigfoot with the name of Babu. Known to frequent the region from the Kiamichi Mountains westward to the Rainy Mountain areas, Babu is a noted part of Native American folklore from those who settled those areas. It’s this range of stories that lured High’s interest.

“When I was doing the research for the project, being in kind of a unique place for the Sasquatch creature, the sightings and stuff, it’s kind of unique,” he said of the state.

Research led to his discovery of the Hanobia Bigfoot Festival in the Kiamich Mountains of Southeast Oklahoma. The next one is scheduled for Oct. 2 and 3 at the Kiamichi Mountain Mission Campgrounds. High said he hopes to incorporate it into the film.

High said that a trailer to preview the unfolding story of “The Kiamichi Project” is readying to be made and there are talks with a “notable actor” providing the voiceover.

Although the film script has been optioned a couple of times, financing fell through. But High believes the time is now for the momentum to pick up. Interest has been shown through the production’s postings to Facebook and he believes the world is ready for this story to be told.

Story synopsis: for “The Kiamichi Project”

The story synopsis for the movie "The Kiamichi Project."