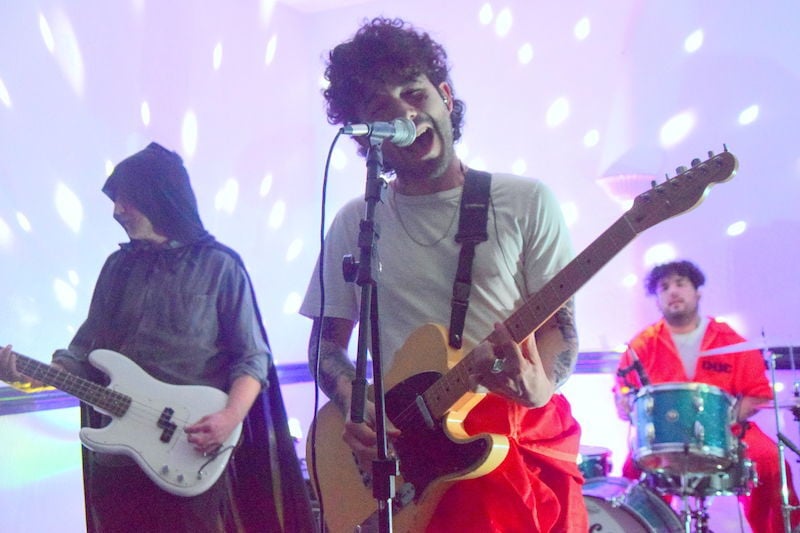 Smokey Motel have taken the time away from performing to create what they believe is their strongest work. A new single, “Green El Camino” follows through on that promise following a listen by the columnist. 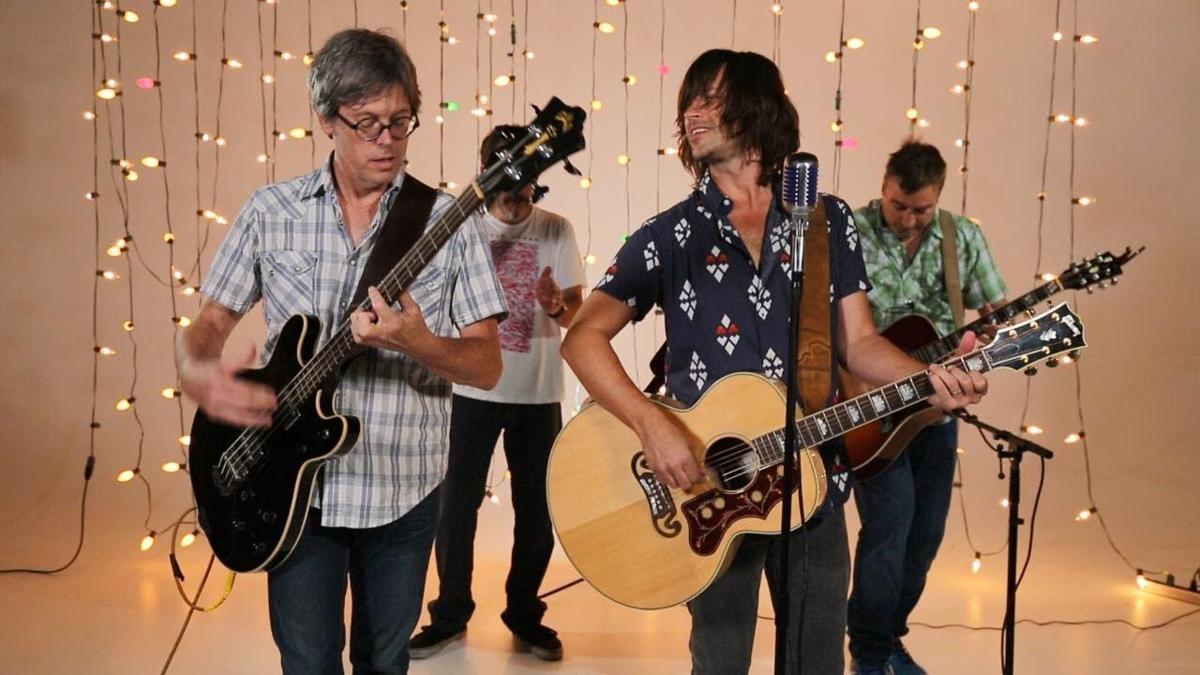 With the same lineup over 25 years, the Old 97s are making their best music together with their newest album coming out, “Twelth.” 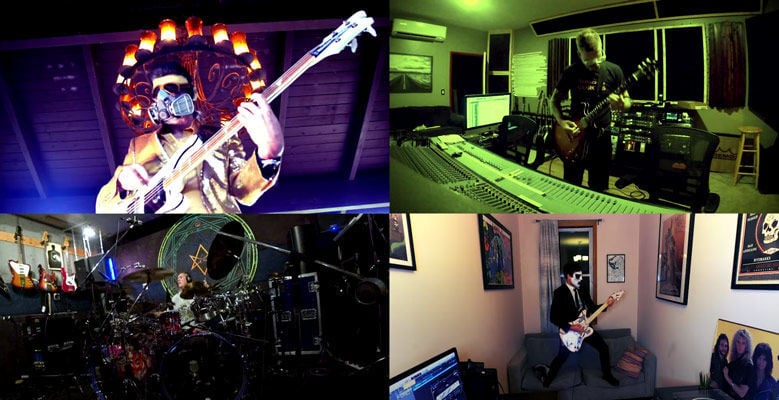 Smokey Motel have taken the time away from performing to create what they believe is their strongest work. A new single, “Green El Camino” follows through on that promise following a listen by the columnist.

With the same lineup over 25 years, the Old 97s are making their best music together with their newest album coming out, “Twelth.”

Just when the momentum started carrying them to their destination, like so many other artists, COVID-19 has led to a slow down of sorts for Smokey Motel.

With core members and brothers, Steven Carter, guitar/vocals; and Isaiah Carter, drums/vocals, it meant taking the time to figure out an unexpected step sideways when inertia had been pulling them forward. It’s almost like a form of forced meditation.

“So with the pandemic it has definitely slowed down the momentum and put a lot of plans we had this summer on hold,” Steven said. “However, while we can’t play shows right now, we’ve been wrapping up on the album and even writing for the next one. It’s given us time to slow down, find our direction and hone in on our sound.”

He said the current setting has also challenged the band to find new ways to stay connected with its fan base. Over the past couple of years, Smokey Motel has grown from a brother act out of Davidson into an alt-rock tour de force from Southwest Oklahoma. After the brothers Carter moved to Lawton and added other members to fill out the roster, they blew up local and regional stages. Now homed in Norman, they still carry the roots and soul from where they come from.

The new album is being produced by Colton Jean at his home studio in Tulsa. Jean has worked with Hanson and Kasey Musgraves. Steven said half the songs were written before the rest of the band joined, but the other half have come together with input by Derrick Porter, guitar; and Brit Stewart, bass. He said two songs from that era have become his favorites.

“We all just write so well together that we make some really magical tunes,” he said.

While Steven said a new single, “Green El Camino” is almost ready for release, a date hasn’t been set yet. He said it’ll “definitely be worth the wait.” He calls it one of those new favorite songs.

After listening to a final recording of the song, I agree. It’s definitely some dream-rock with a cool repetition of the title you’ll be singing along to. This is the sound of a band ready to explode. Think The Killers meets Death Cab for Cutie but with a distinctly Southwest Oklahoma flavor.

Isaiah said the new song carries that “signature Smokey sound” with that just right mixture of rock and pop. But it’s something different and all its own.

“I think ‘Green El Camino’ is one of our most interesting songs because it brings all of our influences together,” he said. “I believe it’ll appeal to anyone who likes a good song. No matter the genre.”

These brothers have come a long way from their early teens when they gained a reputation as a band to watch with No Render. With their first releases as Smokey Motel, the band has received a lot of interest from label folks. When you hear them, you’ll understand why. Check out their very first single: •Smokey Motel — “I Die” — https://youtu.be/HYkKm3VcU7U.

The band is still working on the release date for the new album. They’ll be putting it out on their own.

Keep up with Smokey Motel through any of their social media sites and keep your ears open for this new single.

If you know about Dallas, Texas’ Old 97s, then you know about some great under-appreciated music. With the 1996 release of their major label debut on Elektra Records, “Too Far To Care,” the band carved something new into the alt-country panoply. In the years since then, they’ve kept doing things their way while growing with the times.

Their 12th studio album, appropriately named ”Twelfth,” is due for an Aug. 21 released on ATO Records. Vance Powell, who also produced their wonderful album “Graveyard Whistling,” helmed the production recorded in Nashville during the tornadoes right before the pandemic hit. They came out of that storm with clarity and music as powerful as the storm that followed.

Singer/guitarist Rhett Miller, guitarist Ken Bethea, bassist Murry Hammond, and drummer Philip Peeples are one of the few bands in history to claim an intact, unchanged line-up 25 years after forming. Frankly, with their latest sing “The Dropouts,” they haven’t sounded fresher. Check it out: https://youtu.be/qeCh3imy41k.

You can pre-order “Twelfth” directly from the band: https://atorecords.shop.musictoday.com.

There’s a pair of local live music opportunities if you’re feeling the need to break the blues and get out and about.

Tonight, Zach Holliday will be joining Cade Roth & The Black Sheep for an 8 p.m. show at the Medicine Park Tavern. If the weather’s workable, the back door will be opened up if you’re not up to being inside for the show. There’s no cost to go, just for refreshments and only if you’re 21 and older.

It’ll be songbird Saturday from 2 to 5 p.m. when Dani Carson performs outdoors at Lawton Toy Run Poker Run at Diamondback Harley-Davidson, 301 SE Interstate Drive. The event’s free to attend for all ages, and there will be refreshments and other good things going on.

One of the coolest things found for the Songs from the Sequestration is this gem featuring Primus bassist Les Claypool, Mastodon guitarist Bill Kelliher, Tool drummer Danny Carey, Coheed and Cambria frontman Claudio Sanchez and guitarist Stephen Brodsky (Mutoid Man, Cave In) covering a Rush classic. It’s part of a Patreon series for Gwarsenio Hall’s “Two Minutes to Late Night” series that uses a split-screen format, with each of the members tracking their parts at home. Check out this “Anthem” — https://youtu.be/fULwDbZ4iSU.

It was The (return of the) 100th Episode Soundemonium Extravaganza from Nov. 17, 2018, for this week’s Today’s Best Soundemonium! with Steve Carr, a.k.a. Steve-O, and the columnist. Just because it’s episode 189 doesn’t mean it’s a bad time to return to a milestone moment for the show.

Jokey went for a third musical joke setup in a row:

#Sundaymonium — Remember that every Sunday night you can listen to a rebroadcast of the prior week’s show followed by this latest show: 6 p.m.,The (return of the) 100th Episode Soundemonium Extravaganza; 6:30 p.m., New Music Showcase.