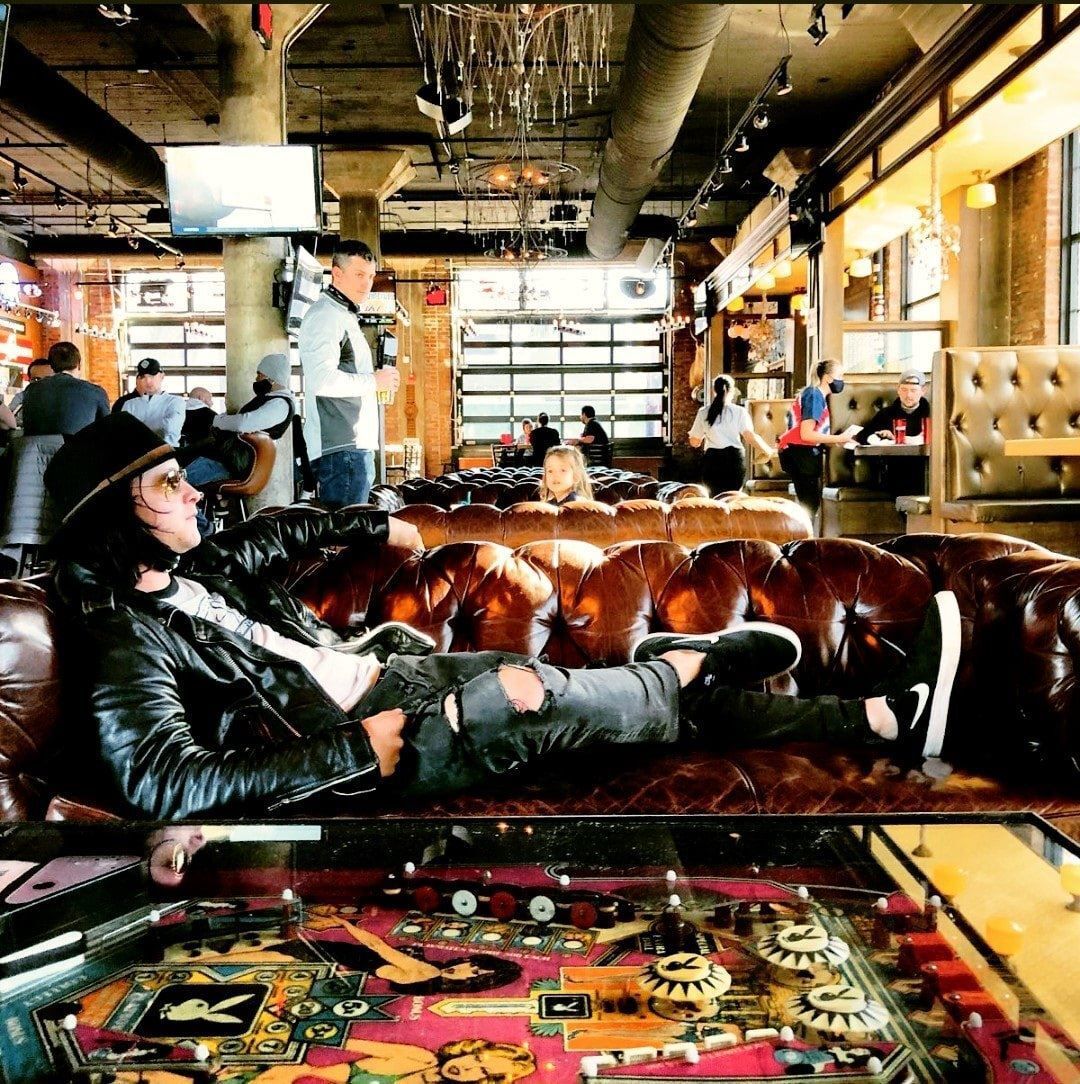 It’s been a rocky rock and roll road but Brett Landry is finding his musical peace in a journey that’s led to Nashville, Tenn. 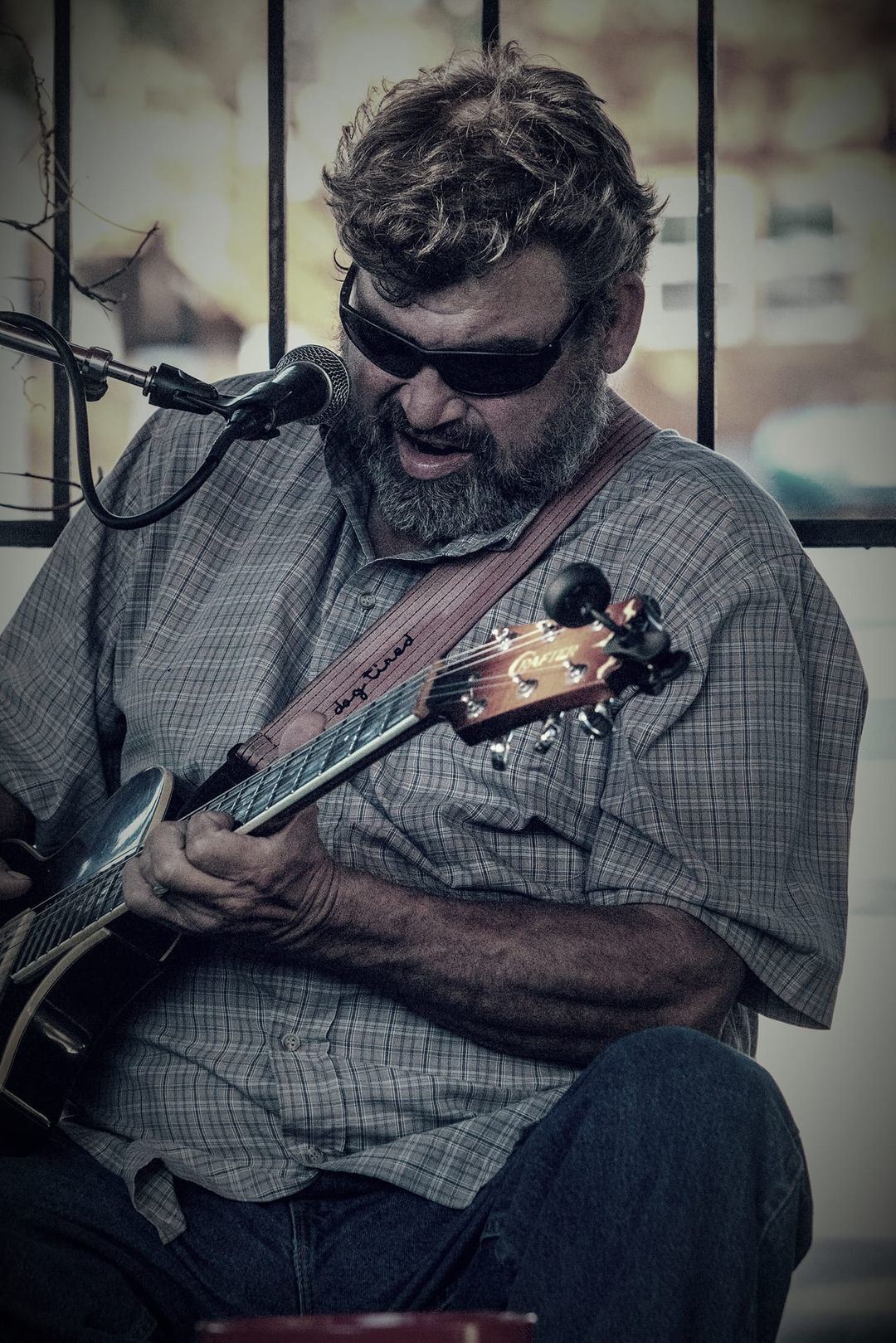 One of the coolest cats around, Big Pete Piehnik is performing tonight in Ardmore and, weather permitting, Sunday in Medicine Park before a Wednesday surgery sidelines him for a while. 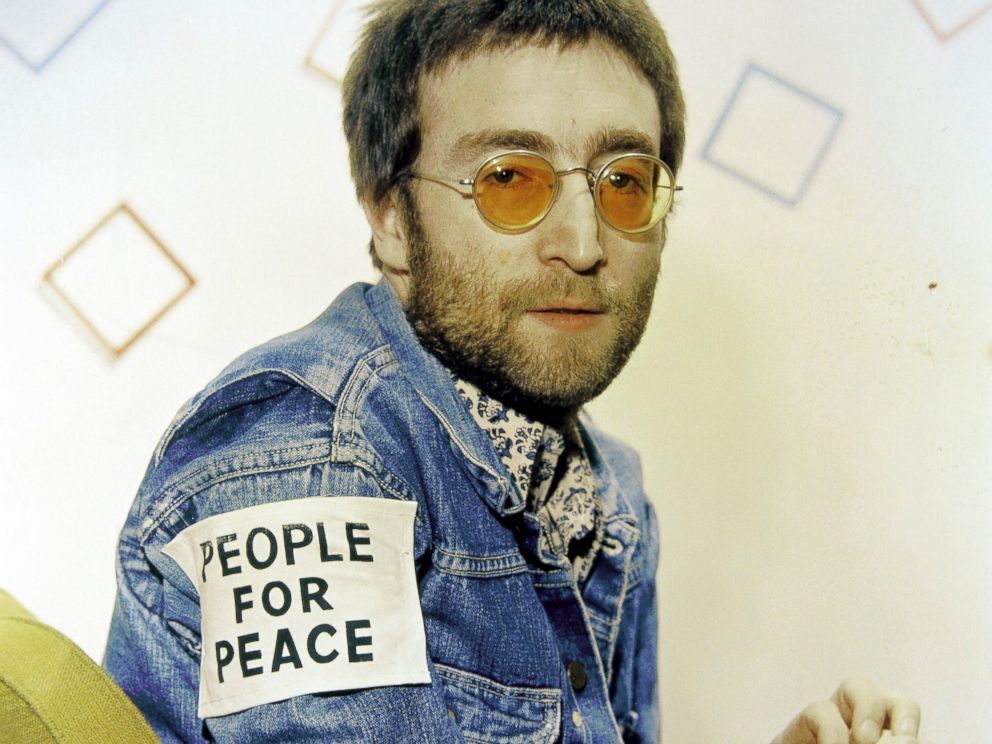 John Lennon carried messages from the past into the future with his music. A Soundemonium playlist could offer an analogy that leads to a better future following this tumultuous week.

It’s been a rocky rock and roll road but Brett Landry is finding his musical peace in a journey that’s led to Nashville, Tenn.

One of the coolest cats around, Big Pete Piehnik is performing tonight in Ardmore and, weather permitting, Sunday in Medicine Park before a Wednesday surgery sidelines him for a while.

John Lennon carried messages from the past into the future with his music. A Soundemonium playlist could offer an analogy that leads to a better future following this tumultuous week.

Brett Landry is on the road to accepting his challenge in life and taking his shot. He has only one request. It’s about as rock and roll as it gets, as it should be.

“I just want to play guitar more than I want to breathe,” he said.

Originally from Oklahoma City, Landry has bounced around Southwest Oklahoma’s music scene for a bit. He’s traveled elsewhere but the road has always brought him back. That’s how it goes for a rock and roll heart.

But at this point, Landry’s story is based in rebuilding from heartbreak. It was almost the end, according to the songwriter. He’d quit his day job and spent his last dime to get where he was going.

“Well, long story short, recently, I drove to Virginia for what I thought was the love of my life,” he said. “She broke my heart and as I was driving back home to Oklahoma, I was just seconds away from crashing my car into a tree at 110 miles per hour with no seatbelt and I got a call last second and my buddy said I should give Nashville another shot. It literally saved my life.”

Rock and roll will do that.

Landry said he already battles depression and at that moment before the call, he was “calm and ready.” Each day is hard. But hope and following your passion can bring you back from the edge. He arrived in Nashville broke, but not completely broken.

Meeting Justin Salter and finding Kimbro’s Legendary Pickin’ Parlor were the first steps to good fortune. A jam session in the parlor’s back room led to Landry being asked to form a band with Salter. Named Things of the Gods, its connection to Norse mythology cast a strong hold on him.

Now, rehearsals are underway, as well as more jam sessions that Landry said have helped him expand as a musician as well as find a community where he’s accepted and feels a sense of belonging. Slowly but surely, like an epic song building to crescendo, he’s reaching a pretty grand chorus.

“I’m actually gaining more success out here than I have in my musical career,” he said. “I haven’t starved. I still live in my car, which kind of sucks, but it’s a process, man. It’s not bad.”

Still, wandering around Tennessee without any money isn’t easy. But you learn lessons, Landry said.

“It’s been rough, it’s been really, really rough, not gonna lie,” he said. “But it’s been rough for the last five years. It’s nothing I can’t handle. It’s been a helluva journey.”

Landry has talent. That definitely helps. He also has tenacity and the chops to back it up. You can visit the ReverbNation page that features a trio of strong songs from Brett Landry & The Night Shifts that show there’s more than simple potential behind his talent: Reverbnation.com/brettlandryandthenightshifts.

Landry said music’s healing properties are a sort of magic and medicine wrapped as one. It’s helped him. He wants to help others through his music.

“As a human being, music literally saves my life every day and if it wasn’t for guitar I would have blown my brains out a long time ago,” he said. “I just want to be able to do that for other people by writing songs that gets them through their day like it does me.”

It’s a journey the column will continue to follow. Keep up with Landry’s journey via his Facebook page: https://www.facebook.com/brettlandryofficial1996.

Remember, to visit any of these sites and hear the music, go to the online edition of the column and simply click on the links.

This weekend is putting a pause in a Southwest Oklahoma musical tradition and Soundemonium wants to take a moment to wish the best for local legend Big Pete Piehnik.

This coming Wednesday, the burly bluesman will be undergoing surgery on his hand and wrist. Piehnik explained his malaise.

“I have been battling a disorder called Kienbock Disease,” he said. “It is where the lunate bone in the wrist dies and crumbles. Mine is stage four, and there is nothing in my wrist except dead bone fragments, crystals, and cysts.”

So, barring a sunny Sunday afternoon on the deck of the Riverside Café in Medicine Park, tonight is his last live performance for a while. He’s playing at the Mill Street Garage in Ardmore for the Two Cajuns Crawfish Party.

Following the surgery, Piehnik will be in a cast for a month before beginning his rehabilitation. But the second he’s able to pick and sing again, you can be sure he’ll return. I know that I’m one of many who can’t wait for his identifiable strumming and singing to return to the ears.

I’ll keep you posted on his progress. Until then, here’s a couple of my favorite performances from July 2014:

And here’s a favorite performance of “Time in a Bottle” from his last time in Studio Blanket/Tent Fort in February 2020 for the column’s late-radio show: https://youtu.be/ySb3aEVJxAs.

Get well, my brother!

To begin the new year’s Songs for the Sequestration, I’m making my semi-annual return to an appreciation for the music of John Lennon. It seems fitting with the madness and chaos that’s overtaken so much of the country that has culminated in the past week.

Although he was English through and through, he had an ability to see the core to what it means to be an American and arguably loved this country as much as any soil-born patriot. Almost like a rock and roll Nostradamus, you can soundtrack the sounds of our time through his catalog of songs. That takes some vision.

With his bandmates in The Beatles, Lennon’s guitar offered fuzzy anarchy while his lyrics chastened it in the prescient song ”Revolution.” It’s a good message that goes deeper than the obvious lines: https://youtu.be/BGLGzRXY5Bw.

After seeing the fallout of Wednesday afternoon’s seditious attack of the Nation’s Capitol, the only question I keep asking is one intoned in another context. But, betrayal is betrayal and it makes me wonder ”How Do You Sleep?” It’s a mad, bad question to have to ask: https://youtu.be/FoJQAyrUHhA.

It feels like we’re taking a strong dose of ”Instant Karma” that’s been long in the making: https://youtu.be/xLy2SaSQAtA.

As much as it’s always remained a possibility, what happened in Washington, D.C., on Wednesday previously felt like a deluded fantastical version of “What if? And then it happened. All I could repeat in my head was another notion of Lennon’s ”Nobody Told Me.” “Strange days, indeed” doesn’t even begin to describe it: https://youtu.be/cuuhsqA95iA.

I know it’s an obvious choice after seeing our country so divided and on the verge of something, I don’t know, unhinged. But it’s never a bad time to ”Give Peace A Chance”: https://youtu.be/C3_0GqPvr4U.

It almost feels like the United States is in the midst of a primal scream of sorts. Maybe, as an allegory, ”Mother” screams in a way nearly half the country can’t quite articulate: https://youtu.be/3sNYGY_msbU.

Perhaps our nation is in a transition point. Rounding a corner into a new frontier of time and space, the sentiment of ”God” could serve as allegory for a new awakening: https://youtu.be/oCLsa98D7iU.

Because, we need something better to shine through. Once reaching to be that “shining city on the hill,” it’s painful to see so publicly that ideal left unreached. We should reach higher and remember that ”Nobody Loves You (When You’re Down and Out)”: https://youtu.be/vIYRbbHMesg.

We’ve gotten here through ”Watching the Wheels” for so long. Complacency can be a form of letting your defenses down. But in watching, you can learn to let it go or motivate to make life more: https://youtu.be/uVXR2LYeFBI.

Call me corny or predictable. I don’t care. Because when I “Imagine” the world that can be ours, all it takes is others buying into a vision where we remember we’re all one people on one planet seeking one simple thing — a good life: https://youtu.be/YkgkThdzX-8.

“You may say I’m a dreamer