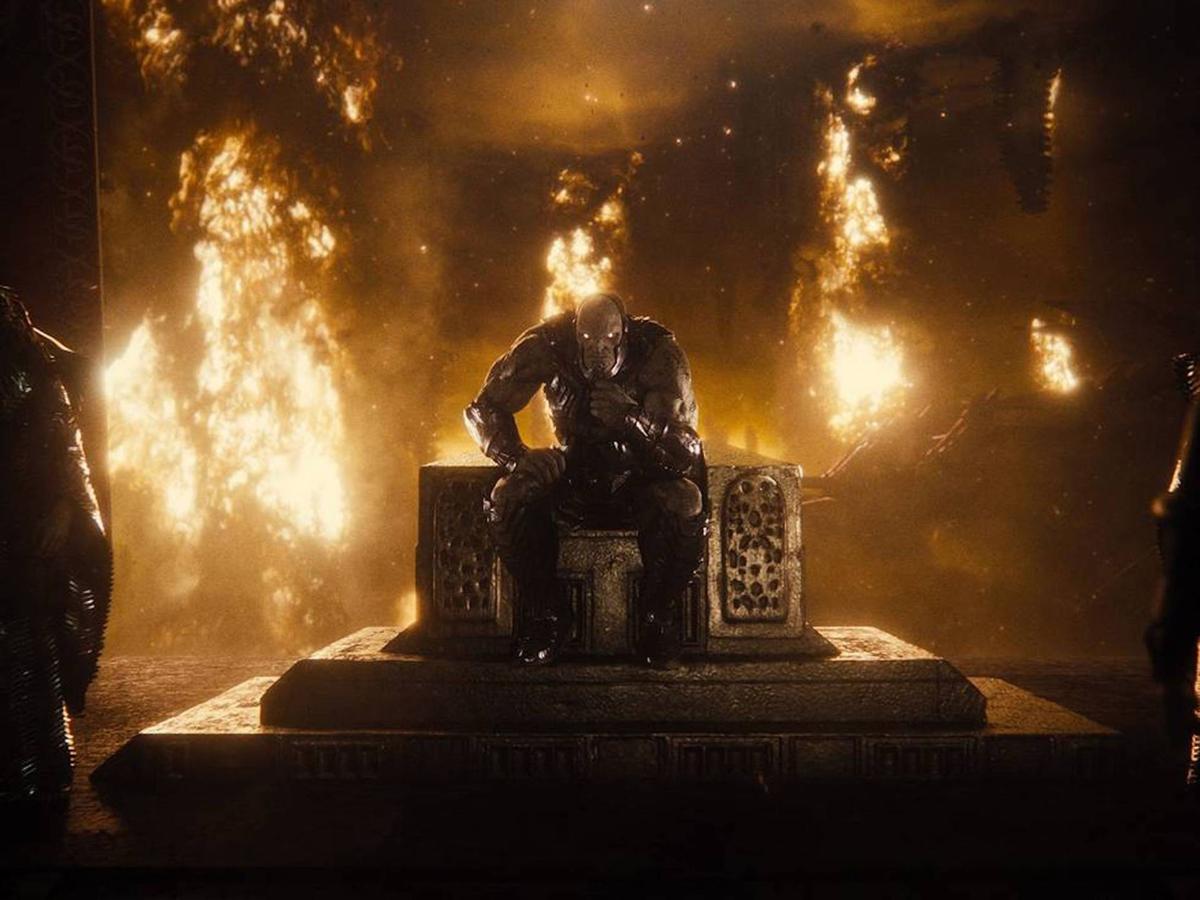 Darkseid (Ray Porter) is foiled in “Zack Snyder’s Justice League.” But he gets to win (briefly) if Snyder ever makes “Justice League 2.” 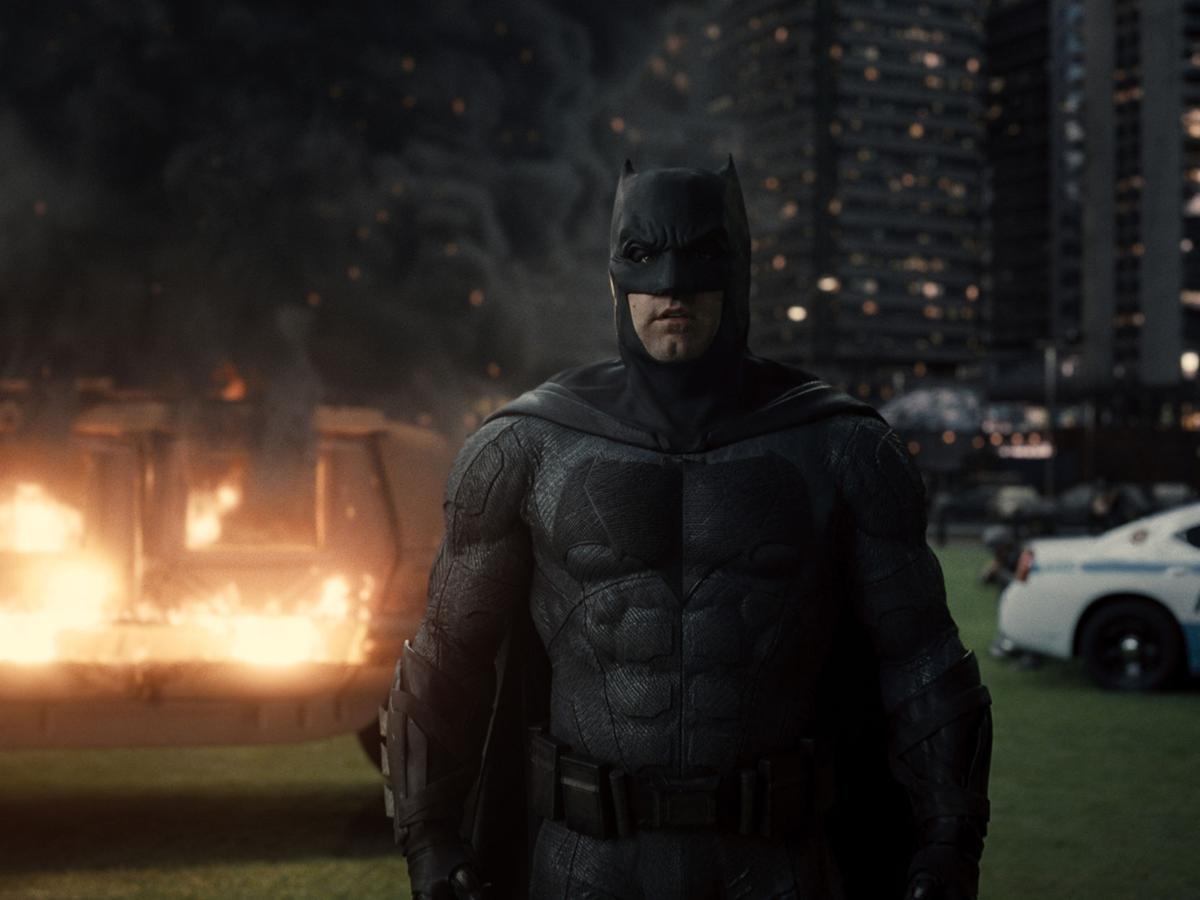 We're accustomed to Batman being super-competent, but the Snyderverse version played by Ben Affleck seems to be kind of a screw-up.

Darkseid (Ray Porter) is foiled in “Zack Snyder’s Justice League.” But he gets to win (briefly) if Snyder ever makes “Justice League 2.”

We're accustomed to Batman being super-competent, but the Snyderverse version played by Ben Affleck seems to be kind of a screw-up.

Director Zack Snyder was forced to leave production of the DC superhero team up movie in 2017 after the suicide of his daughter. Warner Bros. decided to go a different direction, bringing in “The Avengers” director Joss Whedon (who still had clout and respect at the time) to reshoot as much as 70 percent of the movie to completely rework it into something much more in line with Marvel fare. Instead, the 2017 theatrical cut released as a Frankenstein product of mismatched editing, ever-changing tone and poor visuals (hello, Superman’s CG upper lip) that made it the laughing stock of comic book movies.

A massive fan campaign over the last three years to “release the Snyder Cut” helped convince Warner Bros. studio heads to allow the embattled former director back to finish the movie he started and complete his “trilogy” that started with “Man of Steel,” though Snyder originally envisioned a set of five movies. Releasing as an exclusive for the studio’s fledgling streaming service, HBO Max, “Zack Snyder’s Justice League” is part cautionary tale, part therapy and part closure.

The story beats remain relatively the same between the two cuts. Alien invaders came to Earth thousands of years ago in search of conquest and something called the “Anti-Life Equation.” Longtime comic fans will recognize this as the means to control all living life in the universe. The invaders were repelled by a coalition of Amazons, Atlanteans, old gods and men who banded together in what looks on screen like a “Lord of the Rings” battle.

Steppenwolf, in a much more menacing redesign that harkens back to his appearance in “Batman v. Superman Dawn of Justice Ultimate Edition,” returns to earth to redeem himself and claim the planet for Darkseid by use of the three mother boxes. After attacking Amazons, Atlanteans and men, Bruce Wayne’s Batman realizes he needs to bring together heroes in order to combat the invasion.

Where the story differs is in the details. At less than two hours, the theatrical cut of “Justice League” excises almost all of its character development and side characters for a more focused, action-packed experience that sacrifices exposition for comic book violence. The problem is “Justice League” needs to do a lot of heavy lifting in order to introduce heroes that have never been on screen before, such as Aquaman, The Flash and Cyborg — the latter of whom saw the greatest cuts in his story and character arc.

Snyder’s cut clocks in at slightly more than four hours in length. While that might feel like a daunting experience, Snyder divided the movie into six parts where viewers can easily pause and pick up later. This extended runtime — which would not be possible in theaters — gives the characters so much more room to expand and breathe and grow. Cyborg is the biggest beneficiary, as the movie allows time to delve into his backstory as a former football player who nearly died in a vehicle accident before his body was reconstructed by one of the Mother Boxes. His story really does provide the heart of the movie.

The story of The Flash is also expanded upon greatly, diving into his history with his father who remains in jail, wrongfully convicted of killing his wife. Barry Allen was obnoxious to borderline grating in the theatrical cut, with a characterization that acts more as comedy relief and uncomfortable jokes about Wonder Woman’s body. Those misogynistic elements have been stripped in favor of a much more developed character. He’s also the showpiece of the film’s two most impressive setpieces that showcases the power of a speedster better than anything DC or Marvel has put to film.

“Zack Snyder’s Justice League” is an exercise in excess. It’s easy to pick out where certain moments could be trimmed or completely removed for a more refined runtime. The first half does drag on with heavy bouts of exposition that are callouts and Easter eggs to comic book fans, rather than to help move the story forward. Certain cameos are exciting to see on screen, but also serve as reminders that they will never be followed up on.

And therein lies the ultimate problem with “Zack Snyder’s Justice League.” For fans of his previous DC efforts, it’s validation that everything that was wrong with the theatrical cut could be attributed to a skittish studio working overtime to course correct after the poor critical response to “Batman v. Superman.” One might argue that Snyder was on the right track with the direction of his cut of “Justice League,” but it’s also easy to argue that without the turbulent development, he would not have turned out as good of a movie in 2017, had he been left to complete the project.

While that piece of mind does bring closure to fans, those fans must come to a realization that this is the final movie from Snyder. Despite all of the setups for additional movies — including a “Mad Max” style “Justice League” sequel and a Deathstroke-focused solo “Batman” — it operates as nothing more than a creative dead end for the DC cinematic universe. The studio is already going in a different direction and refuses to acknowledge anything established by the “Snyder cut.” The catharsis of seeing his cut finally realized will only be replaced by disappointment that this is the end.

Josh Rouse lives in Lawton and writes a weekly movie review column for The Lawton Constitution,