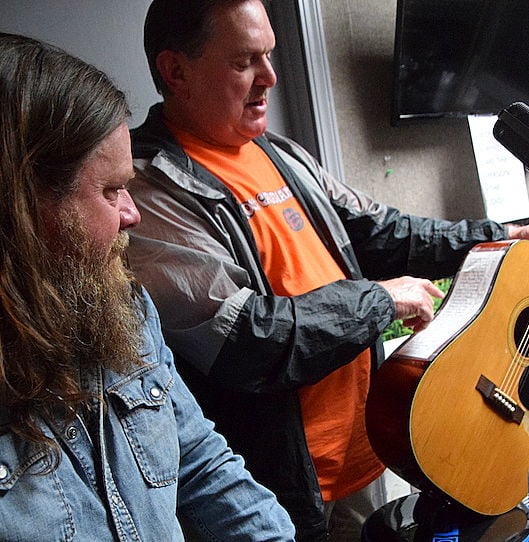 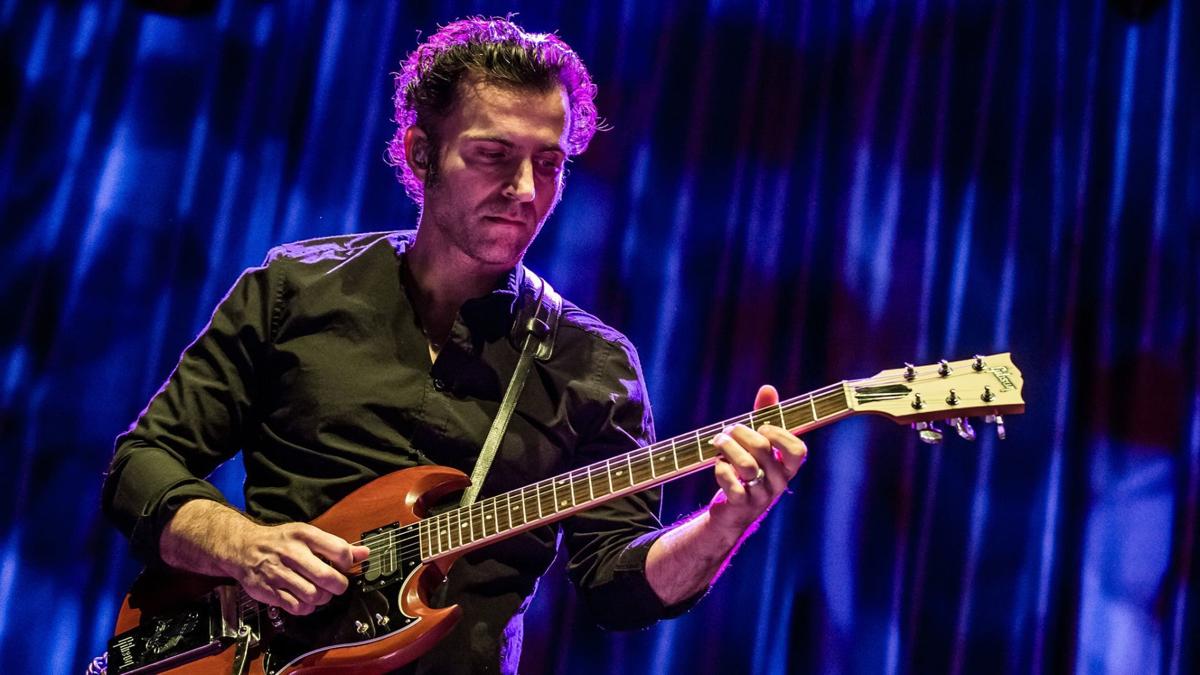 Performing the music of his late-father, the musical genius Frank Zappa, Dweezil Zappa brought his “Hot Rats” show to Oklahoma City’s Tower Theater for a one of a kind musical experience.

Performing the music of his late-father, the musical genius Frank Zappa, Dweezil Zappa brought his “Hot Rats” show to Oklahoma City’s Tower Theater for a one of a kind musical experience.

Medicine Park Events Director Rodney Whaley, a fine musician in his own right, brought in Rick Fowble from the Redgrass String Band to Studio Blanket/Tent Fort to kick off excitement for the opening of festival season, Park Stomp 2020.

Another number caused just as many foot taps and giggles and I’m pretty sure you’ll be hearing it on an upcoming Mix Tape: •Rick Fowble/Redgrass String Band — “Dang Girl” — https://youtu.be/uYyxB31jO9E.

Funny songs are a strong point for the gregarious Fowble, But he’s more than just that. That said, he enjoys having it as a strong suit.

“Most of my original songs are silly, funny, goofy ...” he said. “For the longest time, all I wrote were goofy, stupid songs, now I’m writing some moody and introspective stuff.”

Fowble said there’s been a good amount of fans who request his take on “Dang Girl.” Even though it’s an old Mountain Sprouts number, he said he wrote a new verse and he and his bandmates have tuned into their own thing. Chucky Waggs, one of the original writers, told him to play the heck out of it. “He said, ‘Go with it, it’s your song,’” Fowbles said.

But the tender side is there as well. He didn’t want to get too heavy by performing his song “Lovin’ You” about his wife of 33 years — “I’d play it but I don’t wan you guys crying in here.” The song “Pistol Pete” touches on Fowble’s love of history and his OSU Cowboys. “Pistol Pete was named after a real person,” he said, “and his name is Frank Eaton.”

Together 5½ years, Fowble and his bandmates: Brandon Johnson-, guitar/vocals; John Burch, fiddle/vocals; and Scott Stone, upright bass/vocals; have been living up to the promise found in the band’s name.

“We mix red dirt and bluegrass,” he said. Hence the name “Redgrass.”

You’ll be able to get a taste next week when Park Stomp kicks off. It’s their first year on the bill. Fowble and company will perform at the pre-Stomp at 10 p.m. March 13 at Park Tavern. They’ll also be the 10 p.m. closer on March 14. Fowble said there’ll probably be a lot more music made over at the campgrounds. He’s come the past three years as a fan. Now it’s time to shine.

“It’s a cool little festival,” he said. “The campground is the place to be. We’ll be doing some jamming over there for sure.”

That’s music to Whaley’s ears. This is the first big festival fully in his hands and he said the preparations have been non-stop.

One of the cool aesthetic changes will be in this year’s posters for Park Stomp as well as the other three festivals that highlight the Medicine Park summer. Anthony Fontaine has designed some exciting new images that will be on the show posters as well as the banners draping the stage. “He’s great, he’s been so instrumental,” Whaley said.

There’s going to be a lot going on. Look to a feature next week with details about the full agenda and goings on for this year’s Park Stomp 2020.

Also, check out the Redgrass String Band’s Facebook and Instagram pages. Better yet, go to Park Stomp and get your fill.

I want to thank Jim and Linda Taylor for the last minute surprise of tickets to Friday night’s Dweezil Zappa “Hot Rats Live! + Other Hot Stuff 1969” performance at Oklahoma City’s Tower Theater. Celebrating the 50th anniversary of the Frank Zappa classic that showcases some of his most intriguing orchestration and album production, the show was a revelation for fans of esoteric music.

The son of the musical genius, Zappa has picked up a lot of things from his father including incredible musical ability, a wicked sense of humor and the spirit of fun in performance. With his band, they are able to transcend musical genres with the crack of the whip from avant garde jazz notions to funk to great googily moogily rock and roll and out there into music’s further regions.

A true highlight was this doubled-up performance: •Dweezil Zappa — “I Have Been In You/Broken Hearts Are For Aholes” — https://youtu.be/qVkOopmfF0o.

It was definitely a “you should’ve been there” experience.

After the show, I couldn’t help but realize how important Zappa’s music was. You couldn’t have such similar yet different wonders like Mr. Bungle or Primus without his masterworks.

Fowble and Whaley’s visit this week to Studio Blanket/Tent Fort for Today’s Best Soundemonium! with Steve Carr, a.k.a. Steve-O, and the columnist was a good time with a pretty great soundtrack. Like the music, it was all organic.

#Sundaymonium — Remember that every Sunday night you can listen to a rebroadcast of the prior week’s show followed by this latest show: 6 p.m., Dani Carson; 6:30 p.m., Rick Fowble and Rodney Whaley.

Tune in after Sunday’s show at 7 p.m. for the Steve-O’s weekly show, B-Sides Besides.