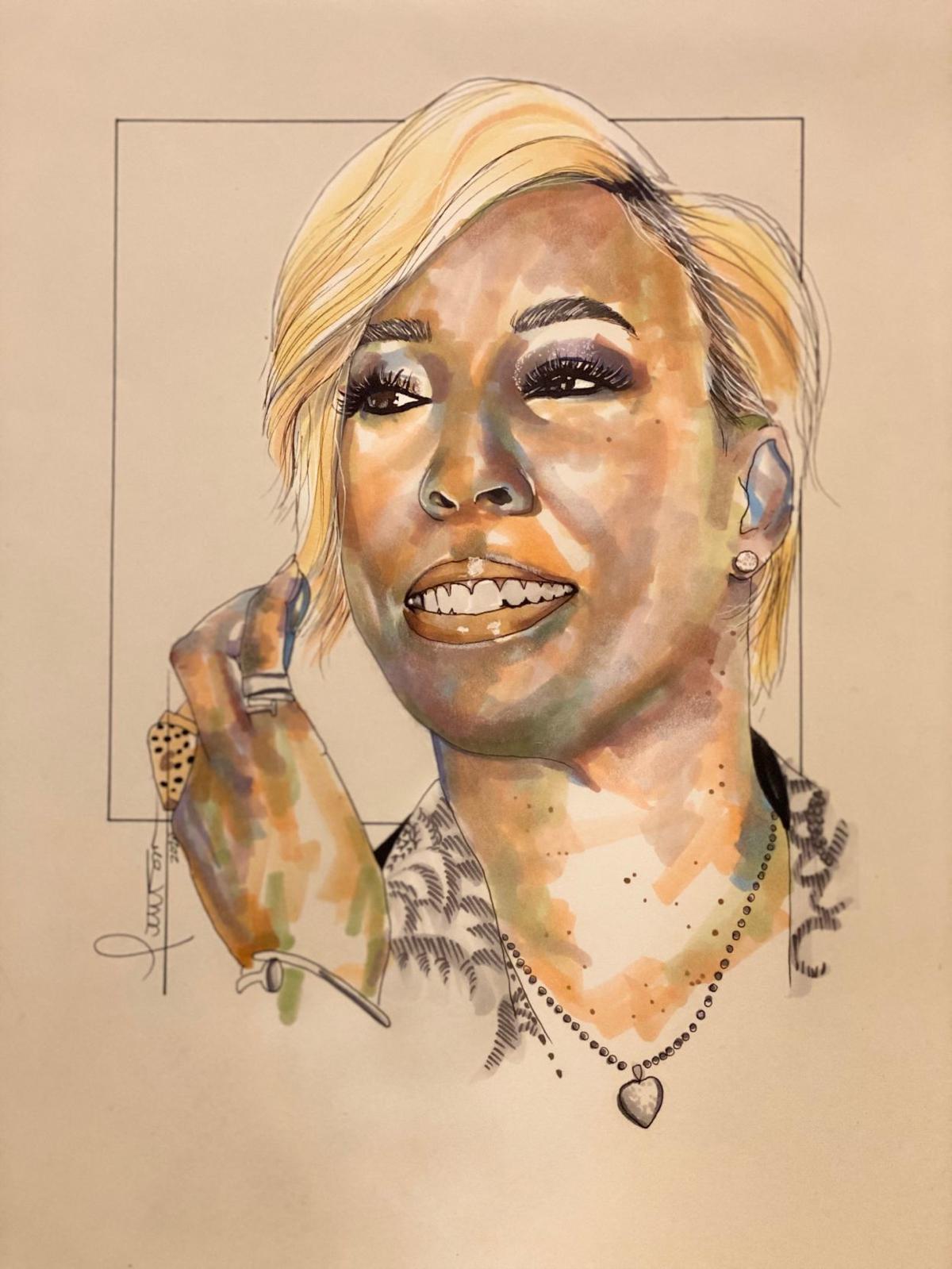 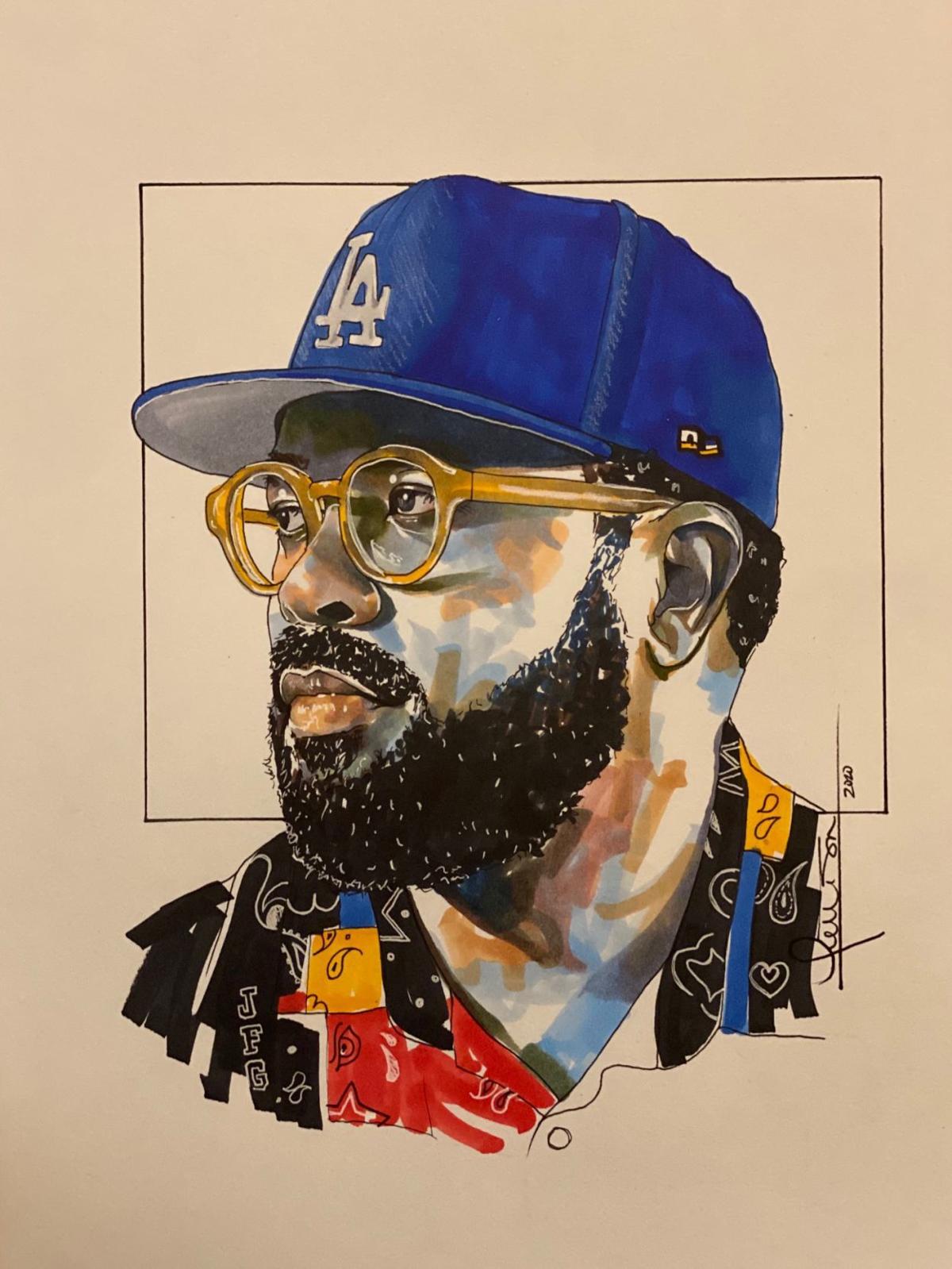 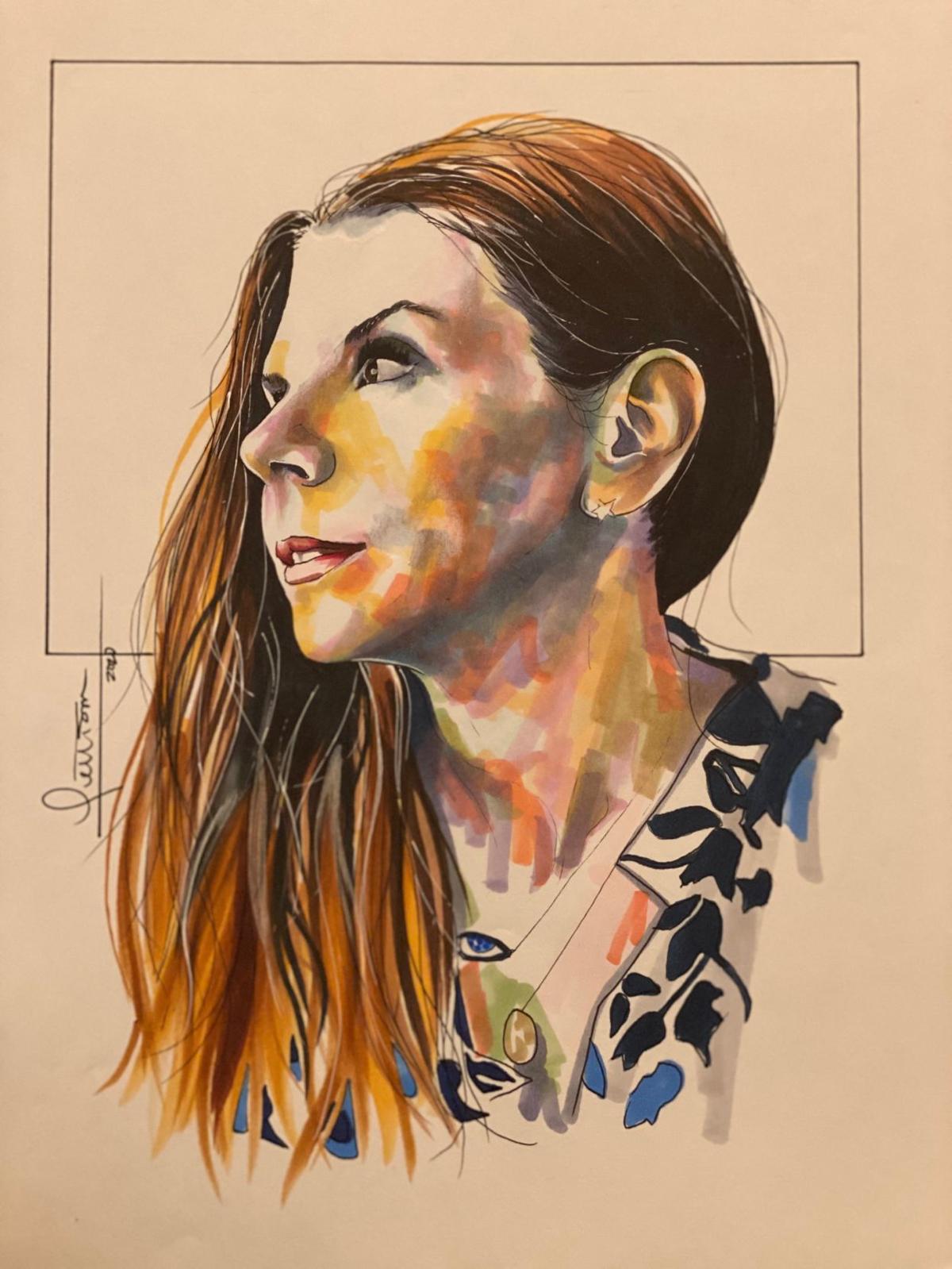 Impressionism, Cubism, Surrealism, the history of art is littered with different “-isms.”

Each of these periods is reflective of the culture of the time. Art created during the Renaissance tells a story, just as art created in Post-War America does. Art often reflects the world around it, and in 2020, a lot of people have been creating art while self-quarantining.

This new Isolationism period will likely be reflected on with great scrutiny in the years to come, as the art that is being made now is critiqued and analyzed by future art critics. Regardless of any future critiques, Robert Peterson knows what the art he is creating during his “Isolationist” period will reflect. Since April, the prolific artist has been creating portraits of random people in what he calls a “celebration of life.”

“Each person was randomly selected and had the task of finding their own headshots or selfie pictures,” Peterson said. “These pictures reminded each of them of times before the quarantine, times before COVID-19. Times when they were living their best lives, smiling, laughing, vacationing … these pictures picked out by each person took their minds off of what was going on around the world and yet somehow it tells a story of now. How we want to feel again.”

While many artists have suffered financially during the pandemic, Peterson counts himself among the lucky few whose sales haven’t diminished drastically. It has allowed him to keep his mind off of financial woes and focused on his family, who he has been spending plenty of time with.

“We have played a lot of cards, did a lot of baking and cooking as well as watching lots and lots of movies. I think that we ended up making the best of the situation. Surprisingly, my sales have been good during the pandemic. I didn’t see the large sales like I typically do of large paintings, but I’ve had a lot of smaller pieces sell,” Peterson said.

The time spent with his family inspired Peterson to find a way to bring together his two great loves, family and art. What he decided on was to allow his daughter and son to pick one random person each day from his Instagram followers and he would in turn draw a portrait of that person.

“The goal was to give people a sense of hope and maybe even joy while allowing my kids to play a part in the creative process of my work,” Peterson said.

Each portrait began with a suggestion from one of his kids after they had selected their choice for the day. After that, Peterson would direct message the person and ask them to send him one of their favorite selfies or headshots. After that, he would let them know that he would post the art on his Instagram page within 24 hours.

“I felt that, by giving everyone an opportunity to be drawn, it just might be something exciting for my supporters and bring them out of those dark places even if just for a moment. I think it is human instinct to help others and this was just my way of trying to help,” Peterson said.

The plan, originally, was to create 10 portraits of random people. Peterson just wrapped the series with 37 total pieces. As people began to share the portraits and stories of how much they meant others began to find their way back to him it was enough to propel him well beyond the original count.

“I had a guy named Kendal Hurns repost (his portrait) and his mother almost instantly said she wanted to get the piece. Moms know their kids and for her to get excited was a huge compliment,” Peterson said.

The project kept Peterson busy even after encountering an unexpected loss. Recently, he had an original piece that had been on display at one of his art shows in Los Angeles shipped back to him. There was a potential collector in Baltimore interested in the work, but when it arrived in Lawton it had been irreparably damaged during shipping.

“When I opened the box it was in, my heart dropped. I was angry, sad, disappointed and confused for a while. I just sat in my studio staring at it for an hour or so. The gallery has filed a claim and is in the process of taking care of it. I have an absolutely amazing wife who, along with my kids, helped me out that day,” Peterson said.

Thankfully, along with his family, Peterson could find comfort in the hope and joy that his daily portraits were bringing people.

“Since I began creating the art of random people, I’ve come to find it somewhat therapeutic to take the time each day to create a new work of art,” Peterson said. “For as long as I’ve been an artist, I’ve studied other great artists, one of the things that is consistent with the greats is that, their art tells stories of the different times they created in. For me, this series was a joy to create because it represents life.”