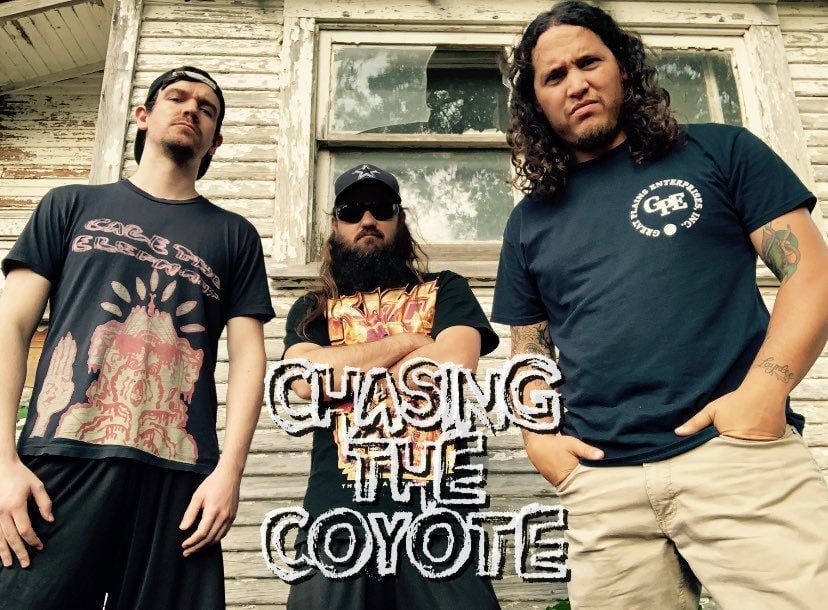 They’ve been itching to play a live venue for the past year to go with their self-titled debut EP. Now, Chasing the Coyote is taking it into their own hands by performing their first live set on Facebook at 8 p.m. March 6. 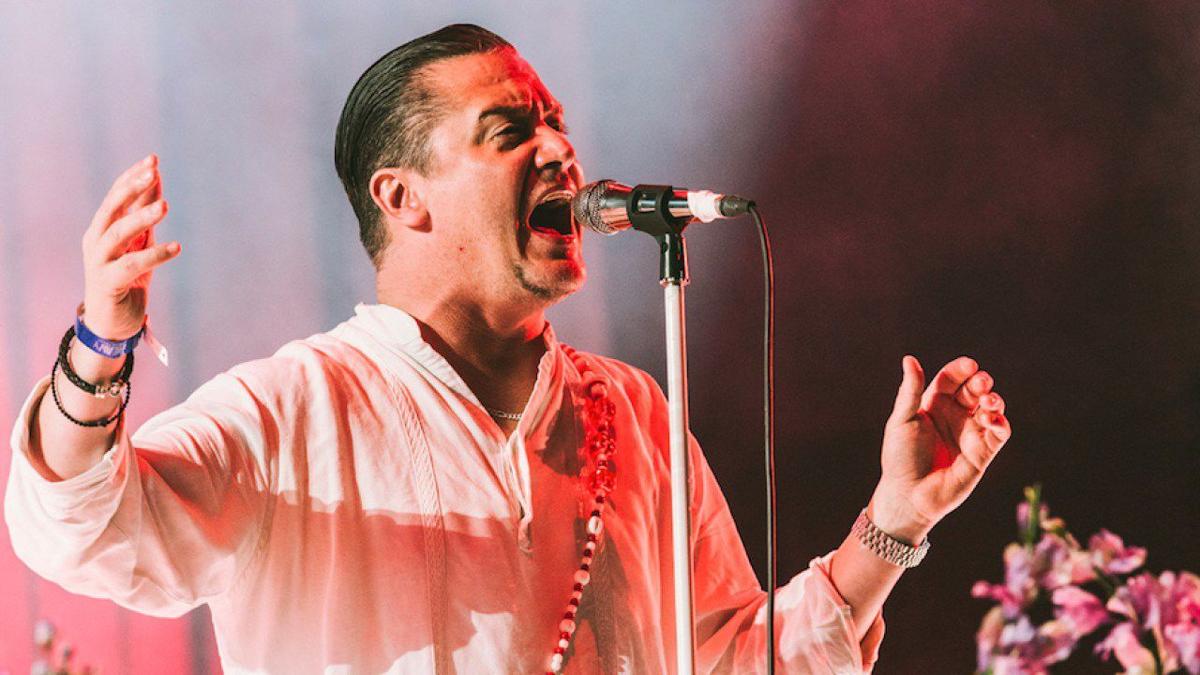 When Mike Patton croons “This Guy’s In Love With You,” you tend to believe it, making it a perfect pick for any Valentine’s playlist. 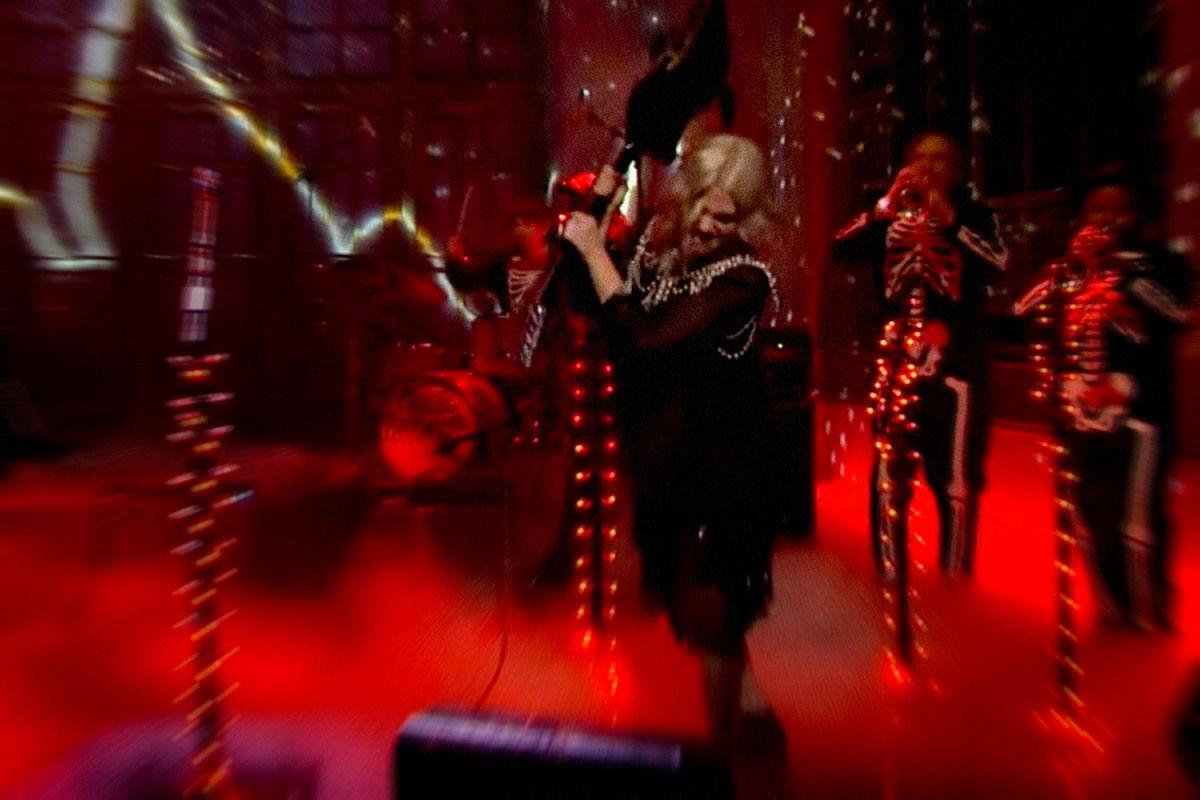 Phoebe Bridgers unloads her energy into smashing her guitar to finish her second song on the Feb. 6 edition of Saturday Night Live. 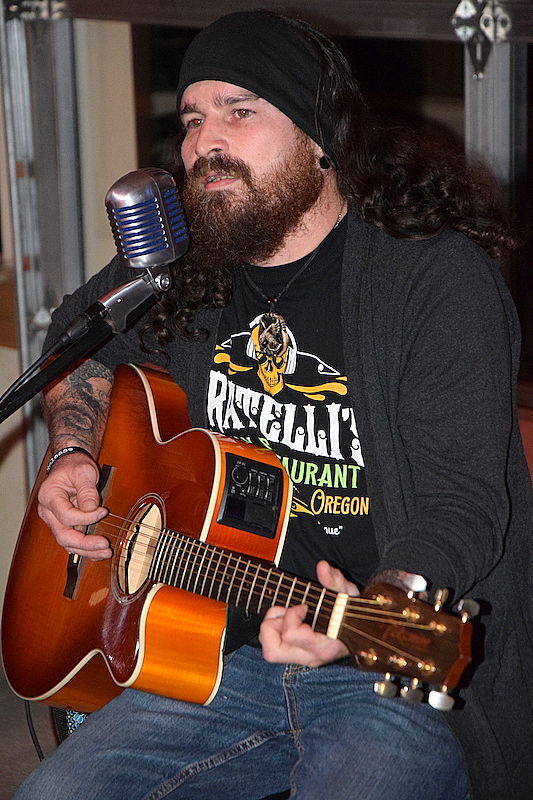 Moe Mitchell sings out one of his original numbers during a Feb. 4 performance at the Medicine Park Tavern. He’s been gaining a reputation on local stages as a solo performer.

They’ve been itching to play a live venue for the past year to go with their self-titled debut EP. Now, Chasing the Coyote is taking it into their own hands by performing their first live set on Facebook at 8 p.m. March 6.

When Mike Patton croons “This Guy’s In Love With You,” you tend to believe it, making it a perfect pick for any Valentine’s playlist.

Phoebe Bridgers unloads her energy into smashing her guitar to finish her second song on the Feb. 6 edition of Saturday Night Live.

Moe Mitchell sings out one of his original numbers during a Feb. 4 performance at the Medicine Park Tavern. He’s been gaining a reputation on local stages as a solo performer.

One of the things that’s been missing for the past however many months … years … it feels like an eternity, is the feeling of catching a musician you’ve not heard before and being a bit blown away.

It felt good on Feb. 4 to be at the Medicine Park Tavern for the crowning of the King and Queen of the Derelicts to crescendo Polar Bear Plunge Week activities in the cobblestone community that’s an oasis of live music in times of drought … or draught if you’re thinking about the beer.

Filling in for Rodney Whaley who was down with winter allergies, the night’s soundtrack was offered by an artist who I’ll let introduce himself:

“My name is Moe Mitchell, I’m a singer/songwriter from Chickasha,” he said.

Both as a solo artist and with his band Solemn Release, Mitchell keeps the music flowing. It’s something he’s known since childhood. Beginning as a youngster from a “very musically inclined family,” when told to go play, he did but with a song in his heart. That’s what it takes to be a musician.

“I received my first guitar from my parents around 10 years old and pursued it without any real formal training but a lot of hard work,” he said.

Mitchell said he formed his first band in 2011 and after the inevitable split-up, spent the next three years honing his voice and songwriting skills in the studio with the help of an uncle who has been in the music world since the 1980s. Then he took his influences and motivations and began to make their merger artistically.

“I grew up on Southern Rock and Motown and gathered a lot of influence from groups like the Black Crowes and Breaking Benjamin,” he said. “As for motivations, life has been the biggest one for me.”

The universal truths found in songs inspire Mitchell to make his connection with is audience. That may also be part of him being a Chickasha Middle School teacher and coach.

“Everyone goes through similar situations at some point in their life and I feel it is important for my lyrics to show that someone else has been there and has battled through, whether good or bad,” he said. “I try to take one day at a time and let my music take me where it will as both a solo artist and with my band Solemn Release.”

As a solo artist, Mitchell has built up a nice repertoire of cover and original material. Whaley said he’s definitely an up and comer to keep an eye and ear on. Mitchell said any buzz he’s generating comes from being part of the Southwest Oklahoma musician family That includes the fans.

“So far, and with much love and support, I’ve been lucky to connect with a lot of other talented artist through friends and song swaps,” he said. “The last few years i have performed for many local benefits, venues, and events such as Rock Islands Art Festival and TwisterFest.”

Mitchell has gained some notice as a performer with his projects. In the past year, he was runner-up for the Legendary Gushers Lounge singer/songwriter competition and he also opened up for Trapt at a concert. There’s more to come, he said.

“It’s been a great experience so far and I’m looking forward to what may come next,” he said.

A band that’s been chomping at the bit to take a local stage and make their mark is Chasing the Coyote.

It took almost three years for the power trio of Ryan Tyler, guitar/vocals; Brett Gallant, drums; and Travis Flood, vocals; to write, record and release their self-title debut EP last year. While the five track collection proved worth the wait, that first time together on stage is still awaiting.

They’ve been gaining a buzz throughout the social media doom/desert rock groups and pages and have been receiving some positive feedback from worldwide internet radio play.

But the stages for a rock and roll band ready to make its mark have been few and far between due to the pandemic’s shut down of many venues.

So, the Tipton-based power trio is taking things into their own hands. With social media the best choice of venue for the moment, the band is going live at 8 p.m. March 6 to make their debut. They’ll be performing their EP in its entirety.

You can stream the show here: https://www.facebook.com/events/.

You can still find the band’s new EP on all online streaming platforms as well.

I just wanted to congratulate Francis “Franky Furious” Balliet for landing the role as bassist with Drop Dead Dammit. It looks like it’s a pretty good fit.

He’ll be making his debut as part of the doomy power trio with a Feb. 27 show at The Deep End in Wichita Falls, Texas.

Check out the Drop Dead Dammit Facebook page for more information about the show.

One of the coolest music moments of the past week was the performance by Phoebe Bridgers and her band on Saturday Night Live. Diminutive and with the voice of an angel, she and her band filled the legendary studio’s stage with a powerhouse performance.

The first number, ”Kyoto” made its mark in 2020 as one of the songs of the year on mine and many other lists: https://youtu.be/H2bepLzZW6E.

The closing number, ”I Know The End,”made a determined rise in volume and energy that erupted into a liberating conclusion as Bridgers became a tiny hurricane working furiously to dash her guitar to pieces: https://youtu.be/9LE5tafaayc.

For a special treat, check out this wonderful NPR Tiny Desk Concert featuring Bridgers and Conner Oberst joined as a force known as the Better Oblivion Community Center. It’s wild that both, solo and with this project, she made some of the best music of the past year and is looking to be a force for years to come: https://youtu.be/j1Yz-NyLV90.

This week’s Song for the Sequestration is actually serving to fill out the column as well as being a very public Valentine’s to the missus. If these songs don’t move you, do you even know love?!?

I have to start with one of the classics to kick off this lovely confection. If the sentiments from Carole King with ”I Feel The Earth Move” doesn’t get you going, I don’t know what will: https://youtu.be/6913KnbMpHM.

A double shot of Mike Patton vocals from Faith No More glory should also make for a good mix. First, ”Evidence,” offers the soulful croon of a masculine Sade-style hip mover: https://youtu.be/7lvMNLhJrb0.

It’s the pitch perfect rendition of a Burt Bacharach’s ”This Guy’s In Love With You” that says more than any Hallmark card could: https://youtu.be/8sSw-vQUst0.

I know the missus will call me predictable but I can’t have a love song list without a pair of Father John Misty numbers included. First is “Chateau Lobby No. 4.” Wonderful lyrics paired with a seductive percussive beat and those soul singing salsa horns make this an audio aphrodisiac: https://youtu.be/A6NuYJ0RzRg.

You know it’s love when you “haven’t hated all the same things as somebody else,” since you can remember

And to close this list, there can be only one song, “I Love You, Honeybear.” I wish you all a love like this: https://youtu.be/khk77JHALmU.

May you all find that one person you “want to watch the ship go down with.”