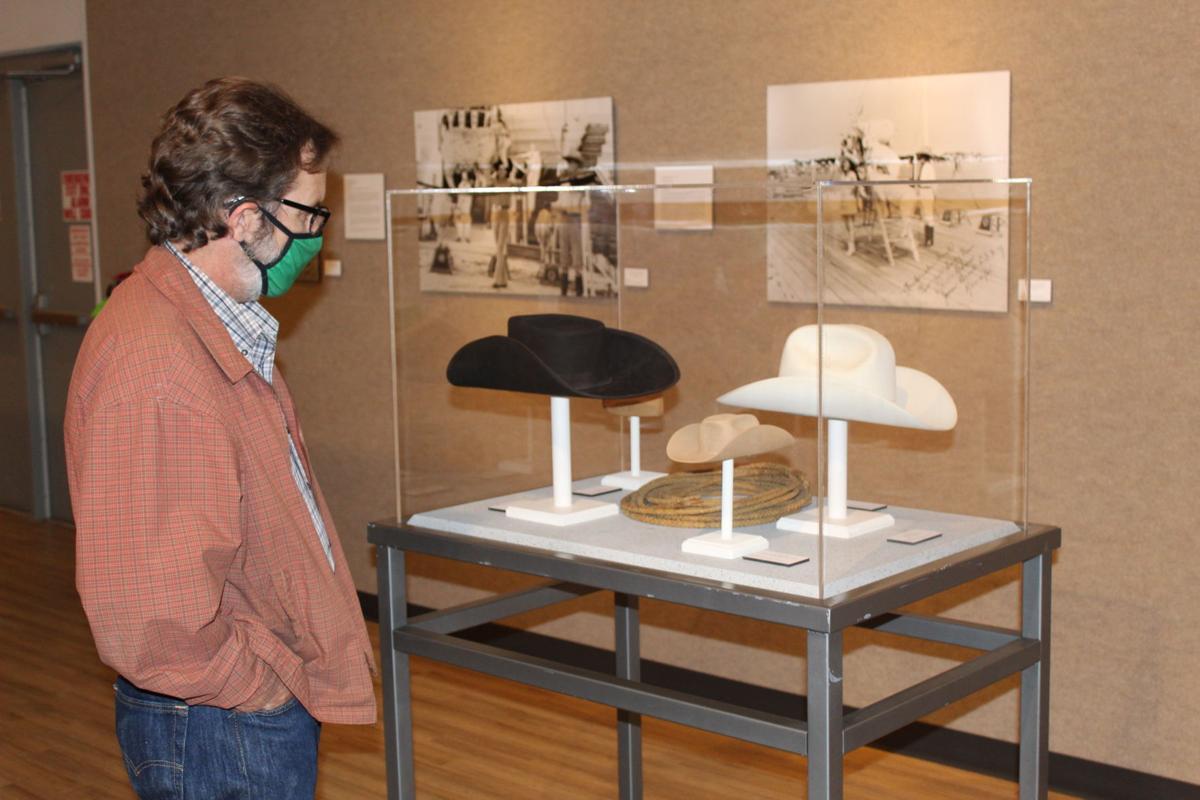 Museum of the Great Plains Collections Manager Jim Whiteley checks out some of the hats on display in the Mildred Douglas collection. 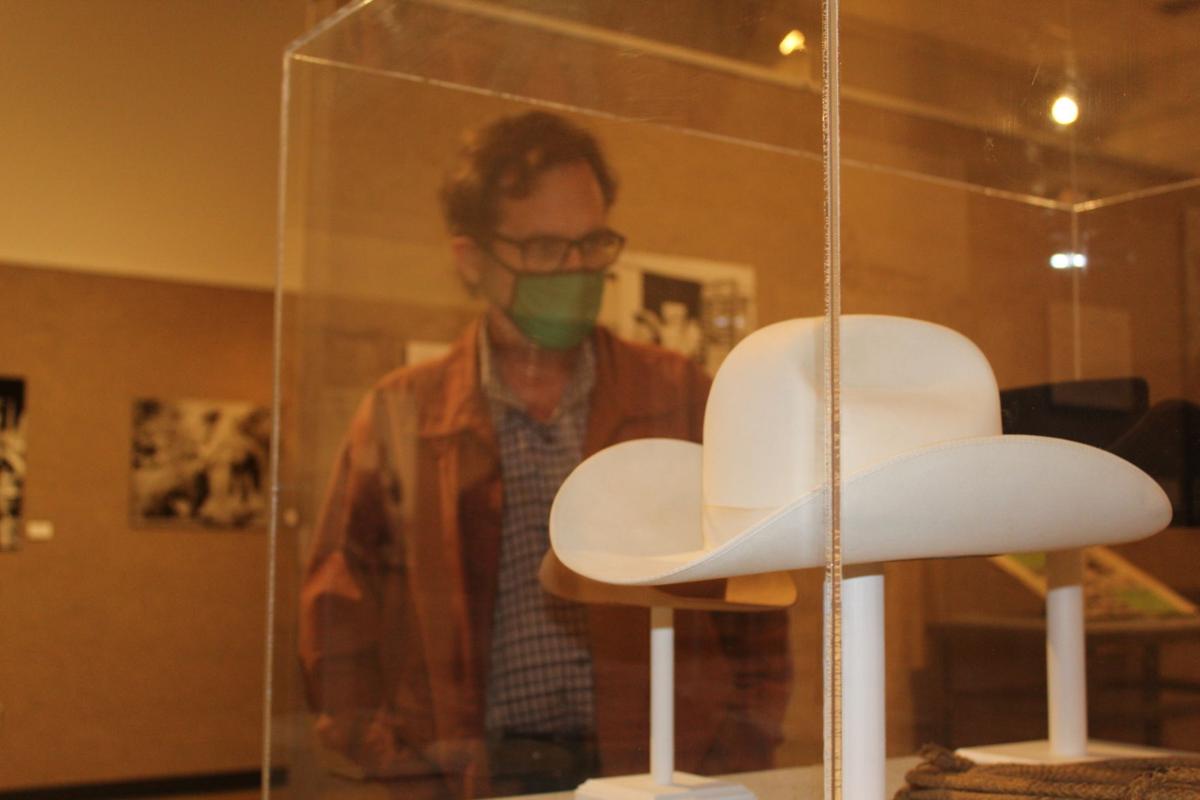 Collections Manager Jim Whiteley checks out some of the hats on display in the mildred Douglas collection.

Museum of the Great Plains Collections Manager Jim Whiteley checks out some of the hats on display in the Mildred Douglas collection.

Collections Manager Jim Whiteley checks out some of the hats on display in the mildred Douglas collection.

For the first time in more than 20 years, the Mildred Douglas collection is temporarily back on display at the Museum of the Great Plains.

“Mildred Douglas & Pat Chrisman: From Circus and Silent Screen to Trained Goats and Nursing” is set to run through the end of 2020 in the Terry K. Bell Gallery.

The collection is a combination of movie stills, personal photos and collected memorabilia. Douglas herself donated the collection to the museum in the late 1960s.

“Mildred Douglas has as amazing story. She was a woman doing very unusual things during a time when women weren’t doing those things. She trained animals. She was a sharpshooter. She was a champion broncho rider. Her story has a lot of neat hooks to me,” Museum Director Bart McClenny said.

Toward the end of her life, Douglas was working as a nurse at Comanche County Memorial Hospital. She would often tell stories to her younger coworkers about how she was once a star who acted in silent films with her late husband, trained animals for the circus and competed in rodeos. Her stories might have been unbelievable had it not been for the scrapbooks and photos she would show off alongside her stories.

Pat Chrisman, Douglas’ late husband, was born in Missouri in 1882. His father received a parcel of land north of Geronimo, Okla., in the lottery of 1901 that opened up Southwest Oklahoma to non-native settlement. Chrisman was an animal trainer and silent film star who acted in early Westerns alongside Tom Mix. He also managed Mix for 15 years and trained his famous horse, Tony the Wonder Horse.

“Early on, the Westerns were very popular,” said museum Collections Manager Jim Whiteley. “Some of them were shot in Oklahoma, some in Arizona and Colorado.”

Chrisman and Douglas met on several occasions over the years and, in 1933, decided to marry. After Chrisman retired from film, the couple returned to Oklahoma where they continued to work circuses, fairs and rodeos across the country.

Their act included goats trained by Douglas, like Jack, the tightrope walking goat. Chrisman would perform trick roping while Douglas would show off her sharpshooting and horse-riding skills.

After Chrisman’s death in 1953, Douglas left the world she knew behind and became a nurse. Before her own passing in 1982, she donated most of her memorabilia to the museum.

“This collection is kind of unique,” Whiteley said. “It’s a part of local history and also a part of an interesting time in movies.”

According to Trevor Williams, the museum educator, the most exciting aspects of this new collection are the movie stills.

“A lot of the movies these photos are from are lost media, they don’t exist anymore,” Williams said. “So, the only way we know they existed is because of these photos.”

In 1988, Douglas was posthumously inducted into the National Cowgirl Hall of Fame. With the opening of this exhibit, Southwest Oklahomans have a chance to get to know these two famous figures all over again.

What: "Mildred Douglas & Pat Chrisman: from Circus and Silent Screen to Trained Goats and Nursing

Where: The Museum of he Great Plains

Tickets are available through the front desk.