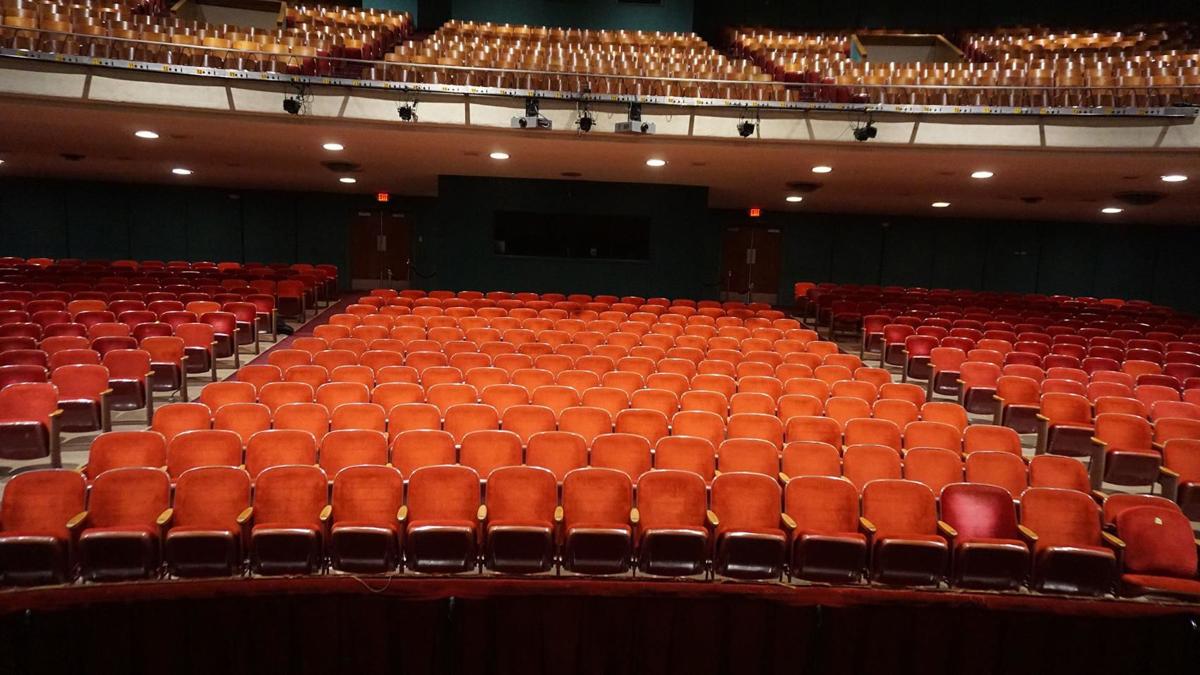 For much of the year the seats at the McMahon Memorial Auditorium sat empty. 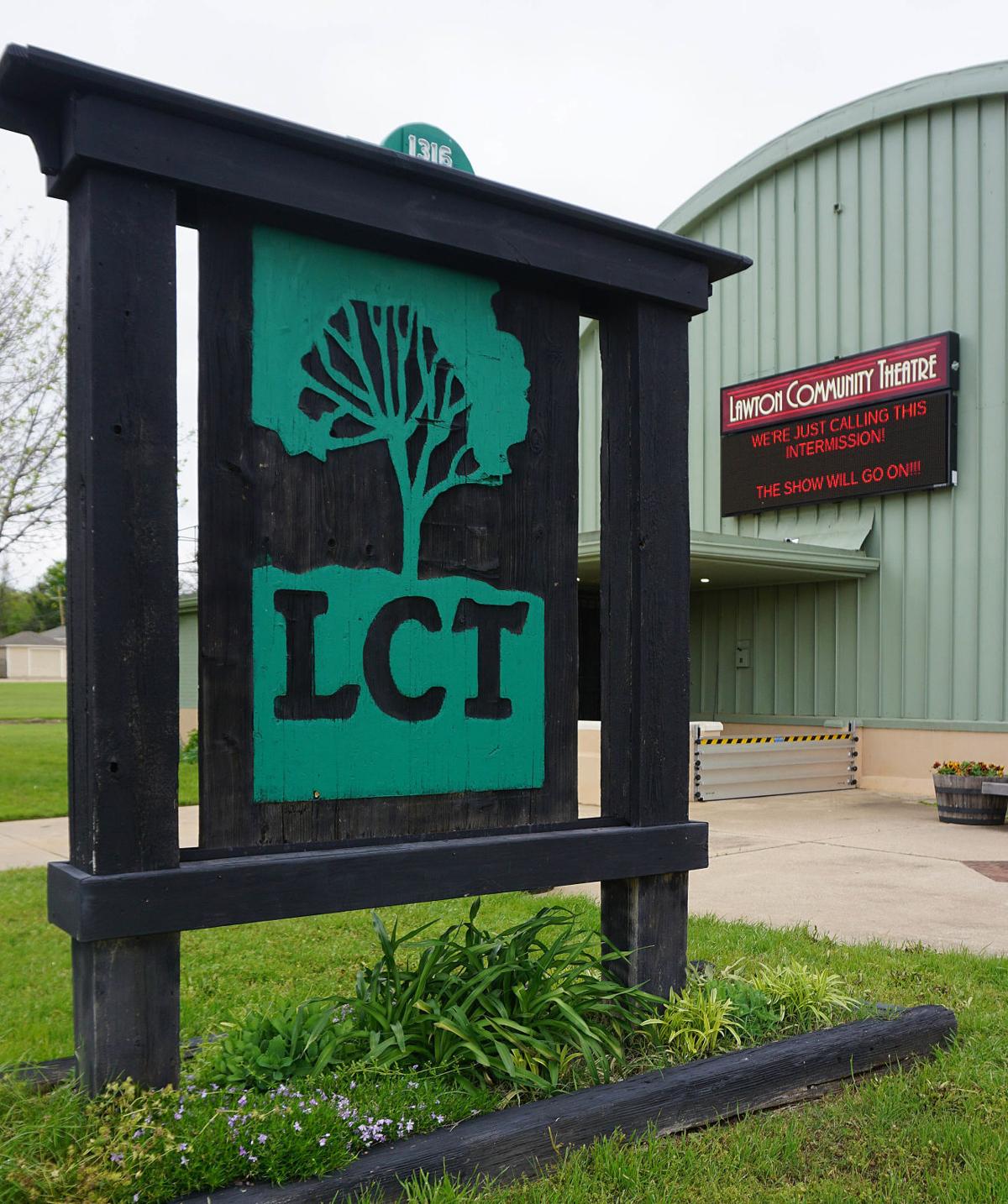 The show must go on was the motto for the arts world in 2020. 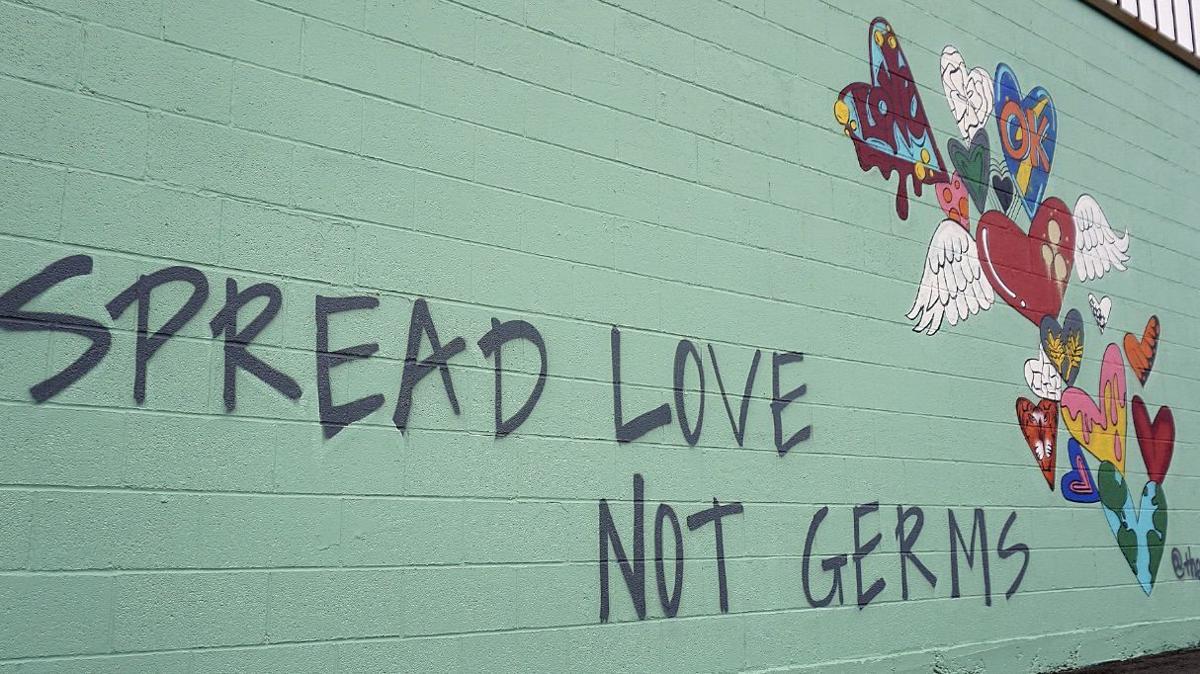 Artists showed their support in creative ways this year.

For much of the year the seats at the McMahon Memorial Auditorium sat empty.

The show must go on was the motto for the arts world in 2020.

Artists showed their support in creative ways this year.

If 2020 has done one good thing for the arts, it has been the revelation of just how essential they truly are to our continued well-being.

In a year in which the world ground to a halt, people stuck in quarantined turned to artists to keep them entertained. From musicians, to actors, to writers and painters, artists have sustained us through the long dark of the pandemic.

But this revelation comes at a tremendous cost to many. Despite the allotment of millions in CARES Act funding and charitable grants, many artistic organizations shuttered this year, and others are clinging desperately to life.

“LPO lost $50,000 on just ticket sales, advertising and sponsors through October,” Neuwirth said. “Our season ticket subscribers are down 50 percent and donations about the same. We also cannot hold our fundraisers.”

In the spring, the group received a Paycheck Protection Program (PPP) loan that allowed them to pay half salaries to their 53 musicians. Two grants, one for $20,000 and another for $5,000, helped bolster funds as well. But ultimately funding still fell well short.

“I think next season will be smaller productions and maybe fewer concerts. Once we can have at least 50 musicians and a few audiences, we will feel like ‘normal’,” Neuwirth said.

“Our virtual concert in August/September in cooperation with KSWO and McMahon was such a positive event for us,” Neuwirth said. “We reached over 6,600 households. We also were so glad to hear from patrons around the U.S. who got to view it on our website.”

Other organizations have suffered equally short seasons. The Southwest Pride Barbershop Chorus had plans to perform “Barbershop Goes to Washington” in Duncan and Lawton earlier this year. The first show in Duncan was held on Friday, March 13.

“It was in the early days of the COVID-19 story. News of this largely unknown, new pandemic definitely impacted the attendance of that show,” Neil West, a member of the chorus and the show’s chair, said.

West received a call halfway through the pre-show audition that day from McMahon Auditorium officials informing him that the show in Lawton was being canceled.

“Chills went all over me. Traditionally the Lawton show brings 750-plus attendees. I walked on stage and gathered the cast and made the announcement,” West said.

That night in Duncan, the chorus sang their hearts out, according to West, knowing that it might be their last show for a while.

“We have tried several times to reschedule the second performance, but it just wasn’t in the cards for now. We’re not giving up. We may have to ride out the storm a little bit, but we’ve got a phenomenal show to put on,” West said. “We’re still figuring out how to regroup, sing together and still feel comfortable about it. We’re such a social group as much as a vocal group, that missing our face-to-face Monday night meetings hit us in the gut a little bit. We miss our buddies.”

The closure of McMahon Memorial Auditorium affected many arts groups this year, but for the city of Lawton’s Arts & Humanities Division, it was particularly painful.

“The losses include rental income for the McMahon Memorial Auditorium, loss of vendor booth rental fees for the International Festival this past September and our 4th of July event, the Freedom Festival. But the losses go deeper than this,” Mike Leal, Arts Coordinator for the City of Lawton, said.

The cancelation of the city’s annual festivals meant the loss of revenue for musicians, artists, performers and the people who provide goods and services to the festivals each year.

The Arts & Humanities Division did receive CARES Act funding from the Oklahoma Arts Council made available to the arts and cultural sector by Oklahoma Gov. Kevin Stitt, in the sum of $18,750.

“(The funds) will go toward upgrading our current video streaming equipment and to purchase personal protective equipment, disinfectant and sanitization and other public safety measures the auditorium will need when it is time to reopen,” Leal said.

Like many arts organizations, the pandemic has forced the Arts & Humanities Division to think outside of the box this year. But through strong collaboration the division has managed to hold a few safe events this year.

“It took a team effort to accomplish our main goal — how to keep our patrons safe during events. Everyone had to continually adapt during the COVID-19 pandemic. Life as we know it seemed to change in a matter of days. We have seen great teamwork among our art organizations that used the auditorium for events,” Leal said. “Building extraordinary relationships among the arts organizations throughout Lawton are moments that stand out as beacons in the haze during this year.”

Arts for All budget cut in half

Arts for All Inc., the umbrella agency that supports many of Lawton’s local arts organizations, has been instrumental in maintaining these relationships. The group has served as the glue holding together the arts community for many years, and during this one its strength was tested.

“So far, I think the biggest impact is trying to fulfill the mission of nurturing and supporting arts and culture when so many of our creative endeavors-art shows, plays, concerts, etc.-include gatherings and usually, the larger the better,” Jan Stratton, a representative at large for Arts for All, said.

Despite grants and donations from supporters, the Arts for All budget is down about half this year, according to Stratton.

“Our annual festival and gala usually bring in in the neighborhood of $100,000, all of which goes to the member groups. Both had to be canceled this year,” Stratton said.

As for what it might take for some form of normalcy to return to the local art community, Stratton believes it all comes down to being able to safely gather in person again.

“Having live theater, concerts, art shows, meetings in person, and just being part of a crowd or group enjoying what’s being offered. I personally miss that live-and-in-person interaction. Zoom and virtual offerings are wonderful but somewhat limiting,” Stratton said.

Not every local organization has been gravely impacted by the pandemic. At the Leslie Powell Gallery, Executive Director Matt Hughes said the biggest challenge has been remaining relevant and in the public eye.

“Being independently funded, we were luckier than most. We have not received any government relief, nor have we received any donations. For things to be normal, or to at least feel like a new normal, the gallery would need to be filled with patrons again,” Hughes said. “This year we have lost over 335,000 lives in the United States alone. Patronage and publicity can be recovered. Finances can be built back up. Exhibitions and performances can be postponed. Lives cannot be recovered.”

It is a sentiment shared across the width and breadth of Lawton’s arts community.

Desirae Schneider with the Lawton Fort Sill Art Council said that she has every hope for its eventual recovery.

“For me personally it has been amazing seeing people support local businesses and local nonprofits,” Schneider said. “I know in my heart the local art community with come back stronger than ever.”