You are the owner of this article.
Edit Article Add New Article
You have permission to edit this article.
Edit
Home
COVID-19 Updates
News
Almanac
Sports
Opinion
The Beat
Obituaries
Classifieds
E-Editions
Share This
1 of 2 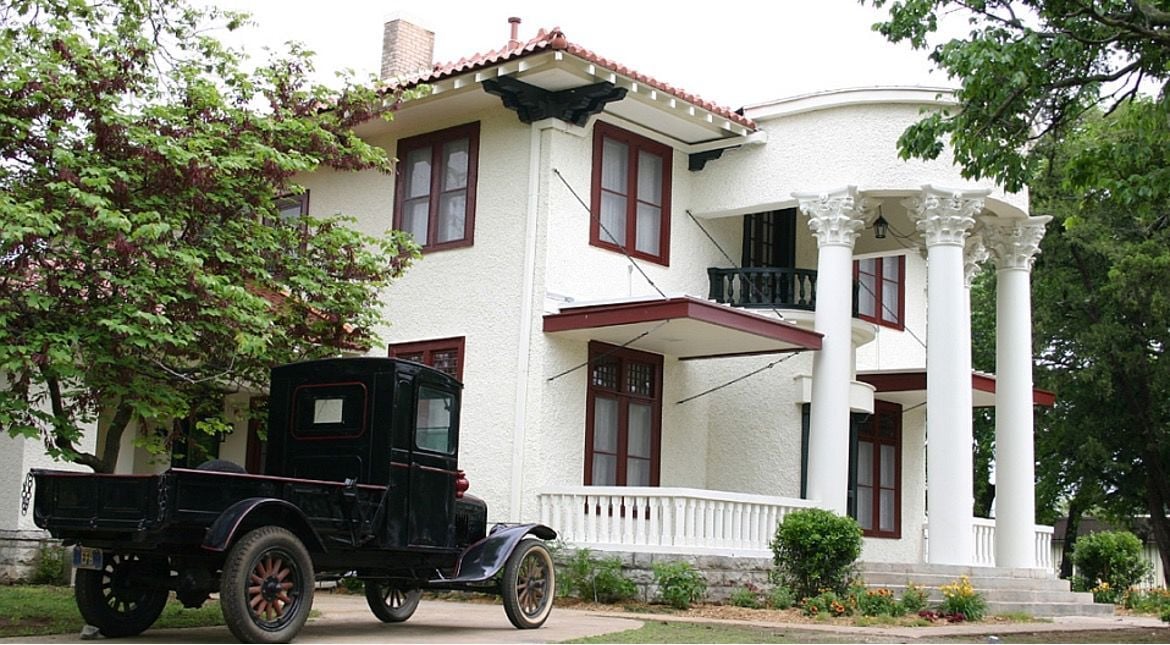 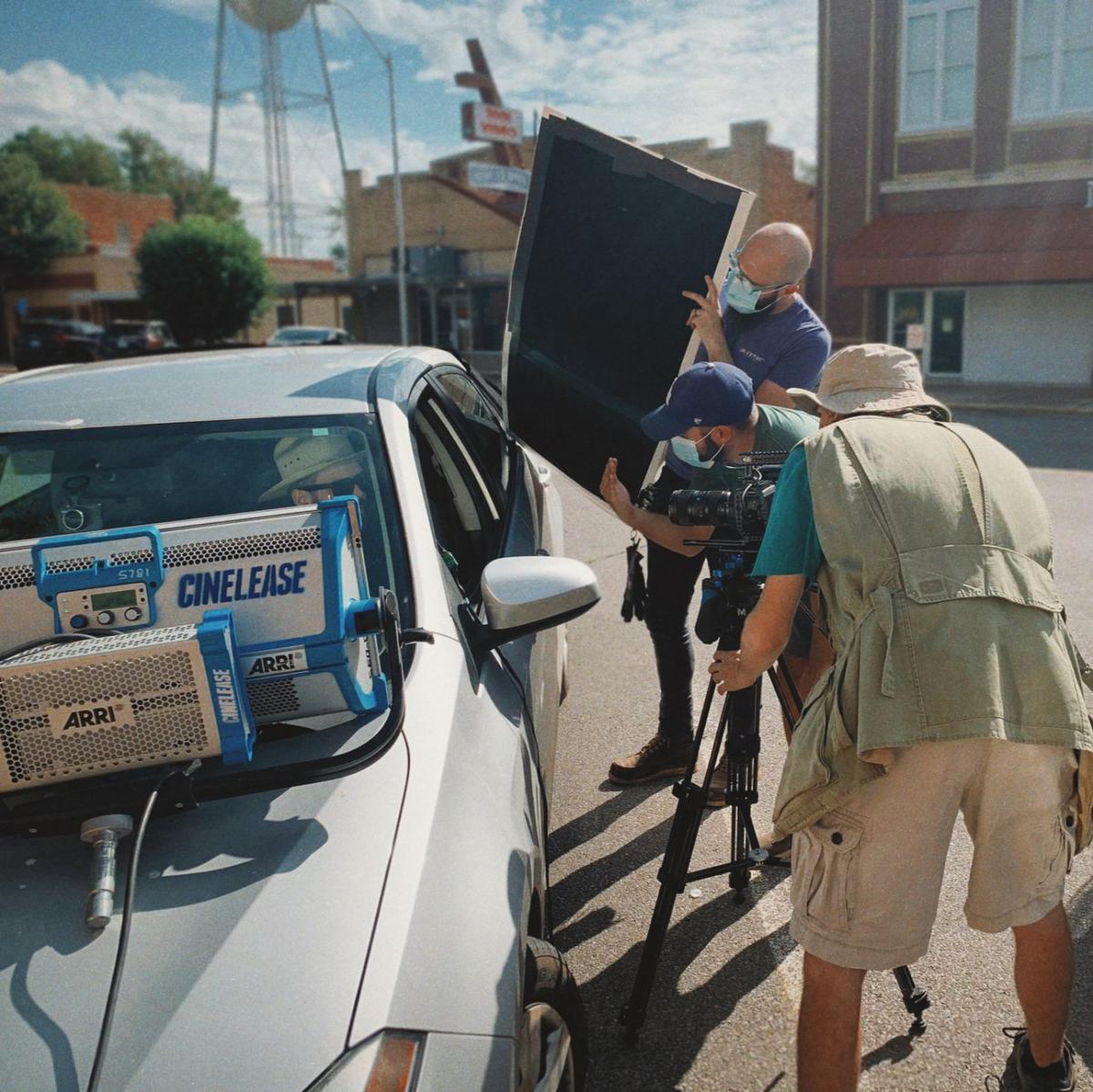 Last year, the film “All Eyes” was shot in Altus. Allison Offield hopes to bring these kinds of productions to Lawton through the Film Friendly Community certification push.

Last year, the film “All Eyes” was shot in Altus. Allison Offield hopes to bring these kinds of productions to Lawton through the Film Friendly Community certification push.

It started, as these things so often do, with a question.

Allison Offield had enrolled in “Acting for Film,” an intensive weekend workshop designed to help stage actors understand how to translate their talents to film. Her instructor was an actor who had been working in the film industry for more than 40 years.

“As we were visiting prior to class, he asked me an intriguing question,” Offield said.

His question? “Why aren’t you making films in Lawton?”

After giving it some consideration, Offield realized she didn’t really have an answer. Lawton and its surrounding areas were ripe for filming opportunities. From the mountains to the city’s historic structures, there were so many locations available.

That weekend, Offield committed herself to finding a way to help bring the film industry to Lawton. She had another conversation with her instructor after the workshop ended and learned that he had a connection to a production company looking for an old farmhouse to film at.

“He gave me the contact information and away I went,” Offield said. “Because people from L.A. were obviously used to expecting something in return, the producer asked me ‘what’s your angle?’ What do you want out of this? Do you want a role as an extra?’ And I told him the truth. The only thing I wanted was for Lawton to be listed as a location.”

After assisting the producer with securing a location on some private land for a scene that took place in the country, Offield got her wish. Lawton is officially listed as a location in the film “What Josiah Saw.”

Not long after that experience, Offield learned of the work of the Oklahoma Film and Music Office and its Film Friendly Community Program which sought to establish a film friendly community in all 77 Oklahoma counties.

According to Yousef Kazemi, the outreach and production manager for the film and music office, the film industry is estimated to create over 10,000 jobs within the next year in Oklahoma.

“This is a real industry, with real job creation,” Kazemi said. “Senate Bill 608, the Filmed in Oklahoma Act, increased the state’s annual funding cap for film from $8 to $30 million.”

In a recent virtual meeting of the film and music office, Kazemi congratulated El Reno for becoming the first certified Film Friendly Community in Oklahoma. Offield is confident that Lawton can soon join that list.

First, the city needs to establish an official process for films that want to shoot within the city limits.

“We have production incentives that were adopted by the Mayor and City Council in 2007 that are a means to enhance and support productions by way of allowing fee waivers and other city services free of charge,” Offield said.

Secondly, the city needs to designate an official film liaison or office that can assist production companies coming to town.

“The Arts and Humanities Department is the point of contact for Lawton, they are poised to help with any needs,” Offield said.

Jason Poudrier, the City of Lawton’s new Arts and Humanities administrator, is ready and willing to help with the efforts.

“I’m all for it,” Poudrier said. “I have some connections to the Dead Center Film Festival and I’m hoping to pick their brains about it.”

Finally, any city that wants to receive official certification as a Film Friendly Community needs to submit at least 10 locations to the film and music office’s location database. These locations need to be open to allowing filming. Offield said that some of these locations have been identified, and steps are being taken to add them to the database.

“In our quest for Film Friendly Community certification we always need locations and property owners who would be interested in allowing their sites to be used as a filming location. Indoors, outdoors, airways and alleyways ... filmmakers need them all,” Offield said.

Offield will continue her quest to push to make Lawton a Film Friendly Community, and hopes that her passion will inspire others.

“While Lawton still has some steps to complete, I believe we are well on our way to becoming a Film Friendly Community,” Offield said. “The groundwork laid by others and continued interest by people who want to see Lawton and Southwest Oklahoma become a place that filmmakers not only think about, but utilize for their films will help us as we seek out certification for our community.”