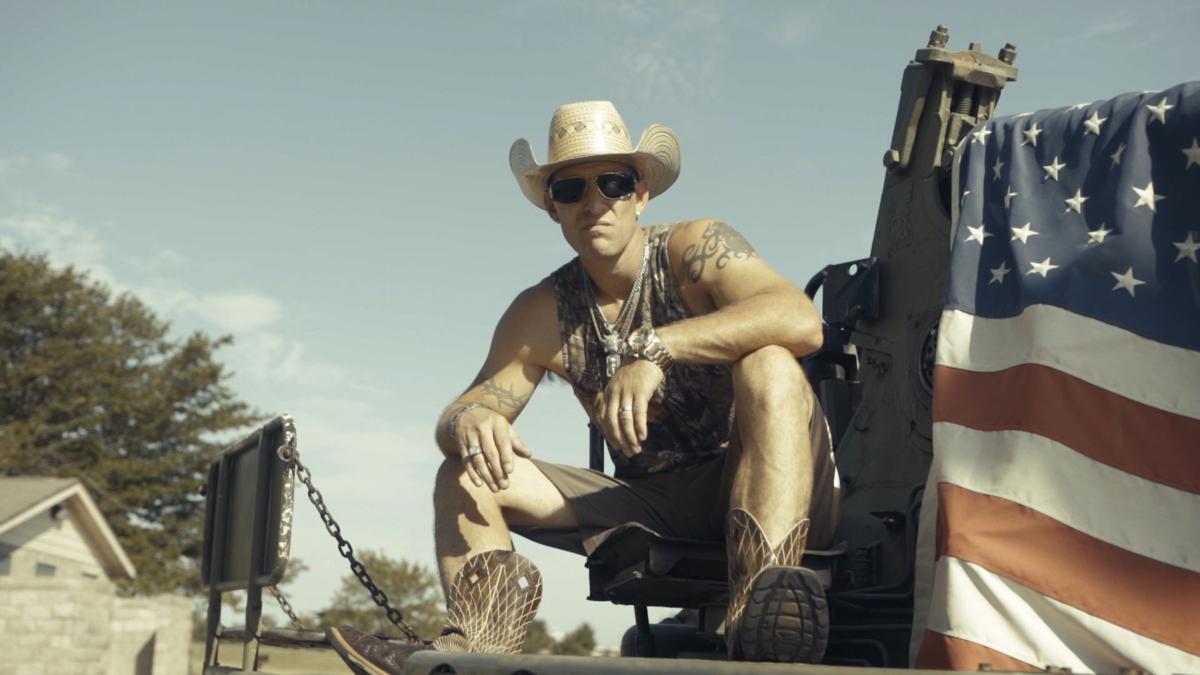 The most Knuckles photo ever taken from his video shoot for “Army Brat,” he fills those boots with the backing of his character. His new music carries just as much kick. 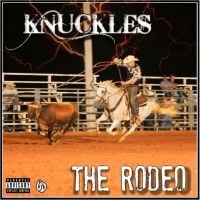 The new 13 song collection from Knuckles, “The Rodeo,” is due to drop on Dec. 20. Pre-orders should begin being taken on Dec. 1 via the artist’s Facebook page.

The most Knuckles photo ever taken from his video shoot for “Army Brat,” he fills those boots with the backing of his character. His new music carries just as much kick.

The new 13 song collection from Knuckles, “The Rodeo,” is due to drop on Dec. 20. Pre-orders should begin being taken on Dec. 1 via the artist’s Facebook page.

Steven Nuckolls, a.k.a. Knuckles came to Studio Blanket/Tent Fort of the Magic 95.3 FM parking lot to record this week’s edition of the column’s radio show. It didn’t happen this week. But something good did.

Like his music and public presentation, he’s bigger than life in person. So, of course, lemons were quickly turned to lemonade when technical difficulties pushed recording to a new day. A couple of beers and candid conversation in a cold parking lot led to an insightful discussion.

Knuckles is chomping at the bit to release his new album, “The Rodeo.” However, the business side of music being what it is in this time of the pandemic, distributors can’t put it out until December. Rolling with the punches, again, he found a bright side and the perfect date.

The musician credits his wife and business partner, Ashley, with helping keep him focused. The pair host the weekly Thirsty Thursday online shows via Knuckles’ Facebook page and have been picking up traction.

Musically working almost exclusively with Fyu-Chur, the pair have created a signature sound. Gaining steam online is something the artist knows.

Knuckles’ day job is as an IT guy for a Houston, Texas, oil company. He’s been studying algorithms online for years and with savvy and a good bit of intuition, he’s garnered over a million views on YouTube with his music videos. But he almost never got here.

Methamphetamine addiction cost a younger version of Knuckles five years of his life. He’ll tell you straight up its toll taken. But you can discover peace in hell.

“I got out of prison and, bam, immediately went back in,” he said. “While I was in there, I learned to live with myself.”

Once out of prison, he earned his college degree and grew his talent as a quick thinking, quick talking rapper. Like most tales of falling upward, things just tend to happen. But in the end, Knuckles said it’s always about the music.

Things blew up a few years back when The Lost Ogle website chose the hick hop hero as its object of ridicule. That would later turn to a grudging respect due to his style, humor and surety that he was doing his thing his way. At first, though, it seems the video for “Andyyyy” proved too easy a target, he said. But, as they say, all publicity is good publicity. Followed by “Cowboy Boots & Shorts,” Knuckles’ videos blew up on YouTube and over social media.

“Man, they went hard (The Lost Ogle),” he said. “But it’s fine, it was funny. I’m already used to people hating me online, I can handle that. It’s weird when they like me.”

While shooting a new video for “Still Cowboy Boots & Shorts” at the Trail of Fear recently, Knuckles said the visitors at the park treated him like a rock star. When tracking his online statistics, he noticed his profile spiked in the time soon after. That’s good for him and the venue.

Knuckles said patronizing local businesses and supporting local talent is a core to what he’s all about. Lawton is his love as much as his love of country. The son of a retired military man, he’s grown up with the spirit of hope for America. From that, he said that he understands right from wrong. His hope is that others will too.

One of the signature aspects of hick hop’s country meets rap take on the genres has been Confederate flags and other totems that Knuckles said he doesn’t believe in. From a multicultural family, his only intolerance is intolerance. America is better than that, he said.

“We’re the greatest country on earth, I love America,” he said. “But I feel like some of my American brothers are getting the short end.”

Change comes from within. Knuckles said he hopes the change he’s made in himself from his youth to now can inspire others of the promise and hope that can be found. That’s what he wants to share with his hometown.

“I am Lawton born and raised,” he said. “I’ll never give up on this town.”

I got the chance to hear Knuckles‘ new album, “The Rodeo,” a month before it’s full-on release. Much like its title implies this 13 track collection offers a buckin’ ride.

From it’s circus-like opening of “The Grand Entry” you get the energy Knuckles is known for. Carrying the 2019 death of his father into it, he reveals where he formed as the “Army Brat” of his first single — https://youtu.be/pprDDYSQFf0.

There’s a reason Knuckles is the king of, at least, Southwest Oklahoma hick-hop, a genre he seems uniquely qualified to take to a big audience. Rodeo roots kick off their boots on “Let’er Buck” and “Belt Buckle Shine Bright.” A country boy with city slick stylings, “Rather Be Fishin’” rips like an Okie noodling with a grill shining.

“Country Rap Skit” featuring a Rocky Balboa-esque Knuckles and Triston for Dummies offers a silly little interlude before Knuckles brings back a sequel to his first big hit, “Still Cowboy Boots and Shorts.” With its fiddle intro and the intonation of “Welcome to the Future,” this truly Southwest Oklahoma talent knocks out something sure to return The Lost Ogle’s wandering eye to Knuckles. It’s got a crazy addictive hook.

Knuckles throws a punch at his past meth addiction with “Sweet Addiction.” What begins as a love song turns sinister the deeper you go, as does its subject matter. Bass heavy and groove thick, “Beast” is a testament to Knuckles hip hop heart and soul and destroys the notion he’s a one-trick-pony.

This is the collection Knuckles has been promising for quite some time and it pays off.

For this week’s Songs for the Sequestration, I return to one cited here before (and post on my personal Facebook page pretty often). As I look back at the absurdity of this year so far: a pandemic and learning to live with it on the fly while hoping not to get sick and die, building strife between two halves of our nation feels like we’re in a prelude to an explosive moment. The insanity found in insecurity reaches a spiral in perpetuity and you have to find some balance through finding humor in it all. Laughing in the face of madness is the only sanity found in insanity sometimes.

Case in point is an eloquent elucidation that paints the humor of our species from the musical brush of Father John Misty. Its hue a quietly humored shade of black that lives up to its title as “Pure Comedy” — https://youtu.be/wKrSYgirAhc.

It seems a fitting time for a seminal band known for being as political in its message as for its virtuosity has chosen now to return from 14 years apart to release a pair of new songs.

System of a Down released 2 new songs and, while its tempting to think they are commenting on the U.S. at a chaotic time, they are providing a message during the conflict with the band’s Armenian family in defending its homelands in Azerbaijan and Turkey.

It’s not “Toxicity,” but “Protect the Land” holds its own among the band’s catalog: https://youtu.be/XqmknZNg1yw.

The second track, “Genocidal Humanoidz” hearkens back to the manic punk/folk style they mastered in their prime: https://youtu.be/_74nVpLVn9Q.

This week’s 204th edition of Today’s Best Soundemonium! with Steve Carr, a.k.a. Steve-O, and the columnist, didn’t happen. Technical difficulties caused a cancellation of recording with Knuckles. We’re working on righting that ship for next week’s show. C’mon, it had to happen some time.