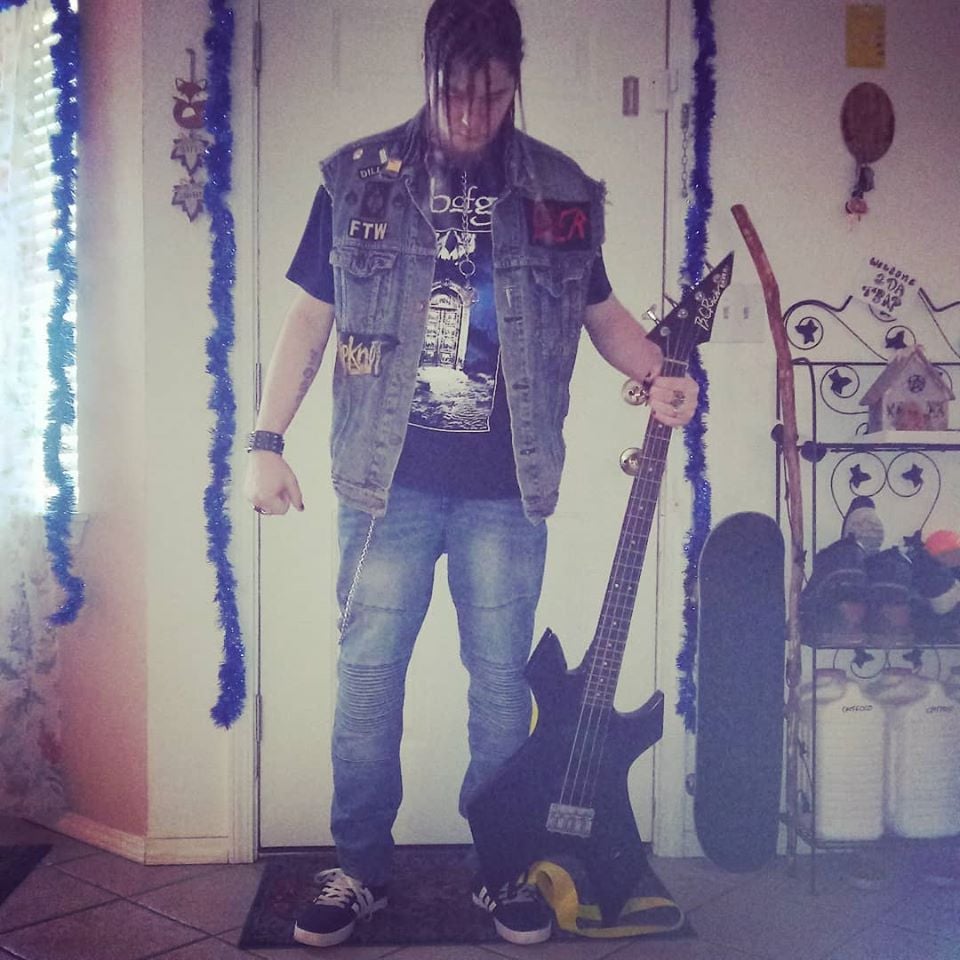 Justice “Stash” Hileman, or “Stash” is ready for the release of his one man Stash Project called “Millennial Trash.” 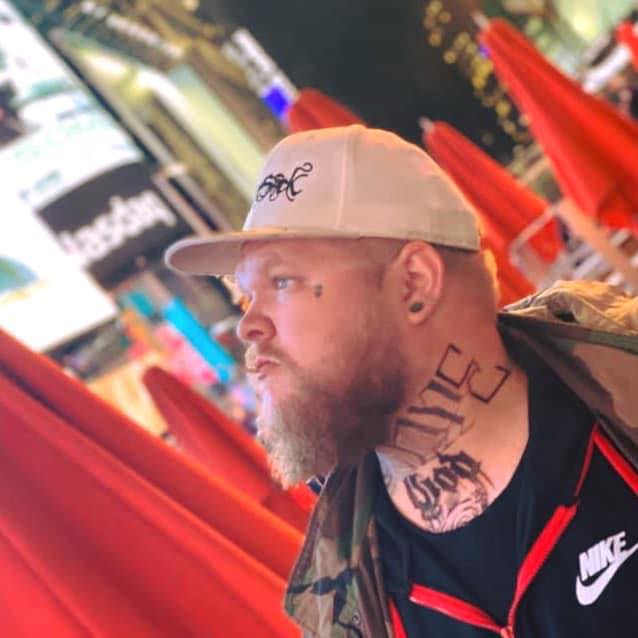 With a record deal and entertainment opportunities aplenty, Anthony Navarro is rising as his own artist. 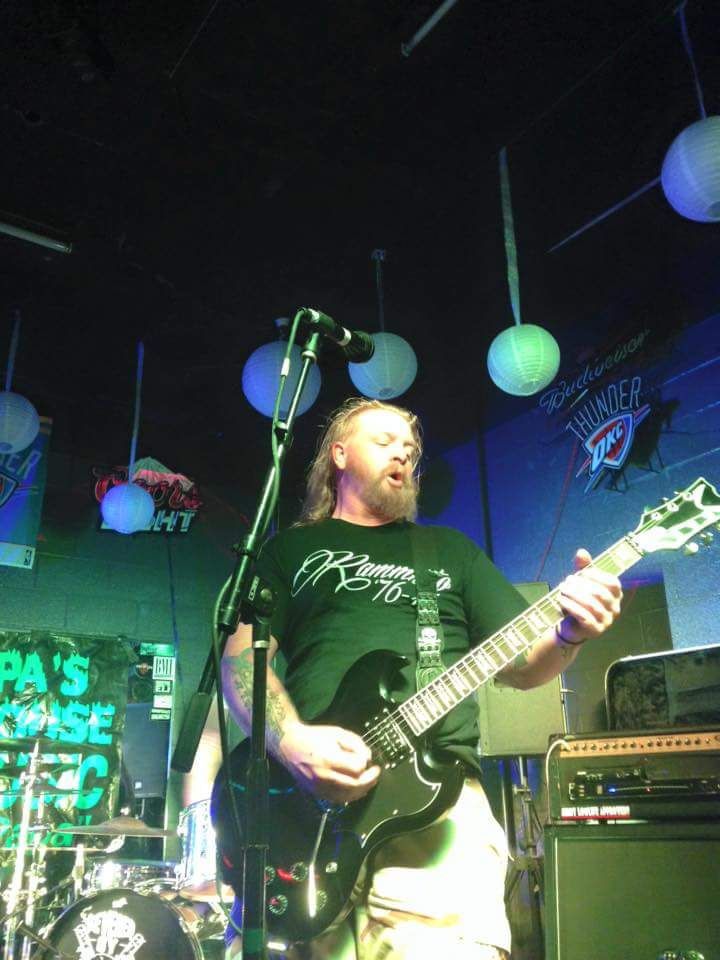 Chris Poor and his bandmates in Haggardz Hellraizerz are ready to drop their new EP and an April 3 performance with Drop Dead Dammit at the Railhead Saloon.

Justice “Stash” Hileman, or “Stash” is ready for the release of his one man Stash Project called “Millennial Trash.”

With a record deal and entertainment opportunities aplenty, Anthony Navarro is rising as his own artist.

Chris Poor and his bandmates in Haggardz Hellraizerz are ready to drop their new EP and an April 3 performance with Drop Dead Dammit at the Railhead Saloon.

Chris Poor of Haggardz Hellraizerz called into Studio Blanket/Tent Fort to do a long-distance visit for this week’s column’s radio show. I caught his band last year performing at the Railhead Saloon and their blend of southern swamp boogie with a splash of Johnny Cash made an impression.

You heard it on the new single “Weak Minded.” A pair of other tracks, “Aces” and “Greed” highlight the band’s bombast between Black Sabbath and COC riffs with a very southern rock vibe. It’s a good thing.

The band began somewhere between 2013 and 2014 with the idea of a band name change. Instead, the band changed. Actually, Poor began writing solo material in 2015 he did some demo tracks with Zane Smith from Locust Grove.

“Some of those demos are some of the songs we perform now live and on our first upcoming EP that should be out midnight March 13 titled ‘Burnt.’”

First things first, the first official rehearsal for the Oklahoma City based band was in January 2017. It included Poor on guitar and vocals, Richard Blankenship on drums and Steve Brewer on bass. Scott Corbett joined later as another guitarist.

Robert Cravey was the vocalist but had to step down in June 2019. It pushed Poor to the forefront.

“So this left me scrambling to rewrite lyrics and get ready for a three day run of (shows),” he said. “Now we are the powerful 10 ton groove of southern hard rock you know and love.”

The band is planning to return to the Railhead Saloon for an April 3 show with local heavyweights Drop Dead Dammit. The new EP will be available on the Haggardz Hellraizerz online store: https://www.storefrontier.com/haggardzhellraizerz.

Poor said the band is already into pre-production for the next EP.

One of the coolest new finds is the debut CD from Justice “Stash” Hileman. Called “Millennial Trash,” the 12-track collection is completely performed and produced by Stash. It’s a great effort.

The album is a nice blend of metal guitar moments tuned to three-minutes-or-less prime punk rock filled with catchy riffs and choruses. With vocals that blend Social Distorion’s Mike Ness with the Bloodhound Gang’s Jimmy Pop, it makes a nice and clear counter to blistering overdrive guitars and tempos.

“Void” and “Adulthood” are a pair of originals that have real meat on the bones. Covers of Agent Orange’s “Bloodstains” and the Dead Boys’ “Sonic Reducer” make like Stash originals.

Things turn on their end with the closing track “Already Gone,” a moody 90s-era alt-rock winner.

While awaiting the album’s upcoming release, a contest is underway for album art. Submissions in all mediums will be taken from March 9-22. Participants will receive a demo CD for inspiration and the art is to be derived from its emotions. First place will receive $100 and be featured on the album cover; second place will get $50 and be featured on the insert; and third place will get $30. Winners will be announced on March 29.

The young talent will be on the column’s radio show and in the column in mid-February where you’ll get to know him better.

It took leaving Lawton and an old persona for Anthony Navarro to find himself and focus. Once known as Tony Reaper, the rapper is readying to release his new track “Losing Game” under his name. It’s solid work.

“I just got off my first national tour with Bezz Believe, who was signed by Kevin Gates to BWA and is responsible for the HustleGod brand. Upon completion of the tour, I was flown to New York where I signed my contract with RhymeSick Entertainment, a full-scale entertainment corporation affiliated with major players like Wyte Music and hosting multi-platinum acts such as Big Vito Banga, Frontman of the group Nappy Roots.”

Navarro also signed an outside business management deal with 25-8 Entertainment, a company founded by Steve Rowe and Alexander King who manage talent such as King, Bubba Sparxxx, Big Buzz, Skillz and more.

A February “birthday bash” is being planned locally with Struggle Jennings, grandson of outlaw country music legend Waylon Jennings. It will precede a tour, he said. The album, “Genre God” is slated for a spring release under Rhymesick Entertainment.

Chris Poor’s phone visit this week’s to Studio Blanket/Tent Fort for Today’s Best Soundemonium! with Steve Carr, a.k.a. Steve-O, and the columnist was a blast and, yes, you could call us all “Hellraizerz” after this one.

“Go the force to sleep.”

Turn your radio dial to Magic 95.3 FM Radio around 6:25 p.m. each Thursday (if not much earlier) or stream the half-hour show online: http://www.magic953.com/listen-live.html, http://s1.phx.icastcenter.com/start/kmgz953/ or www.onlineradiobox.com; or on the Apple or Android apps or on the TuneIn app, or: http://www.kmgz.com/.

#Sundaymonium — Remember that every Sunday night you can listen to a rebroadcast of the prior week’s show followed by this latest show: 6 p.m., Big Pete Piehnik; 6:30 p.m., Chris Poor of Haggardz Hellraizerz.