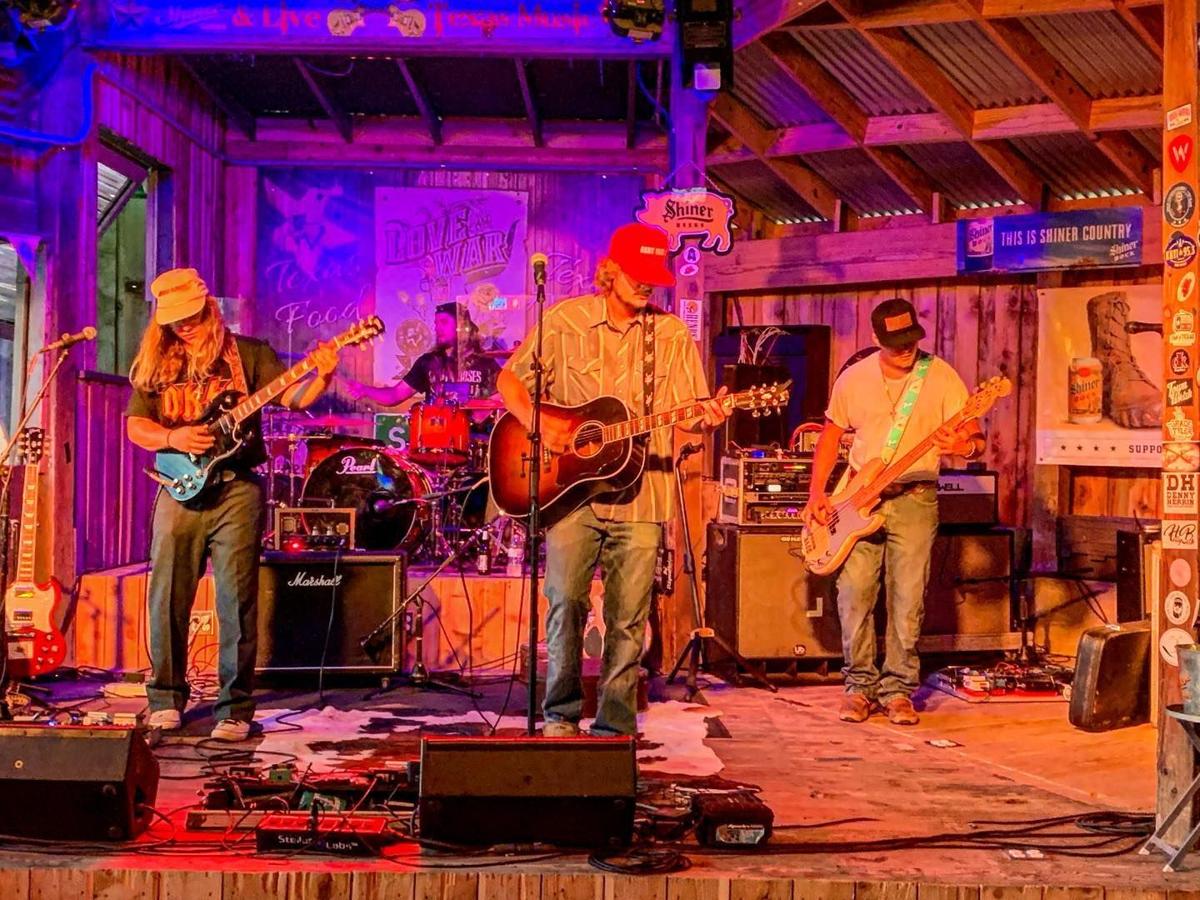 Gannon Fremin & CCRev are readying to hit the studio at the end of the month to record a full-band album that’s sure to be the talk of the red dirt and rock and roll circles for the coming year. 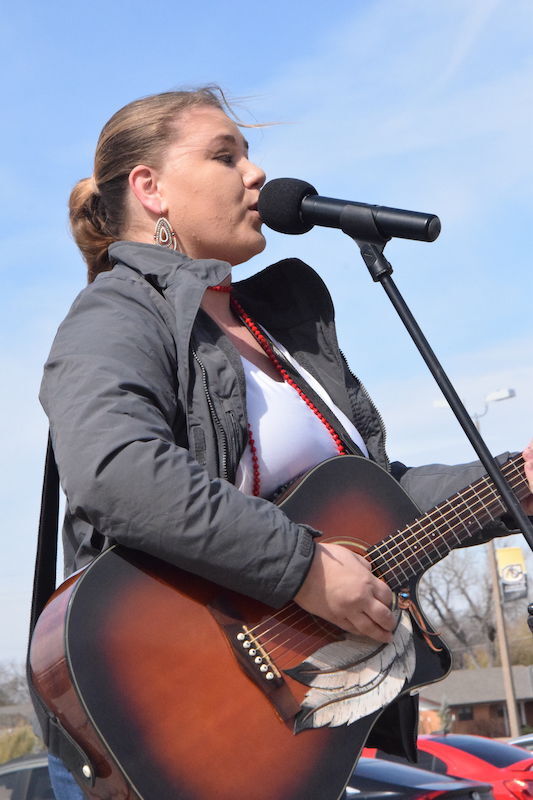 Dani Carson’s talent as a singer/songwriter and grit as a working musician are why she was this week’s Artist Showcase on the column’s radio show. 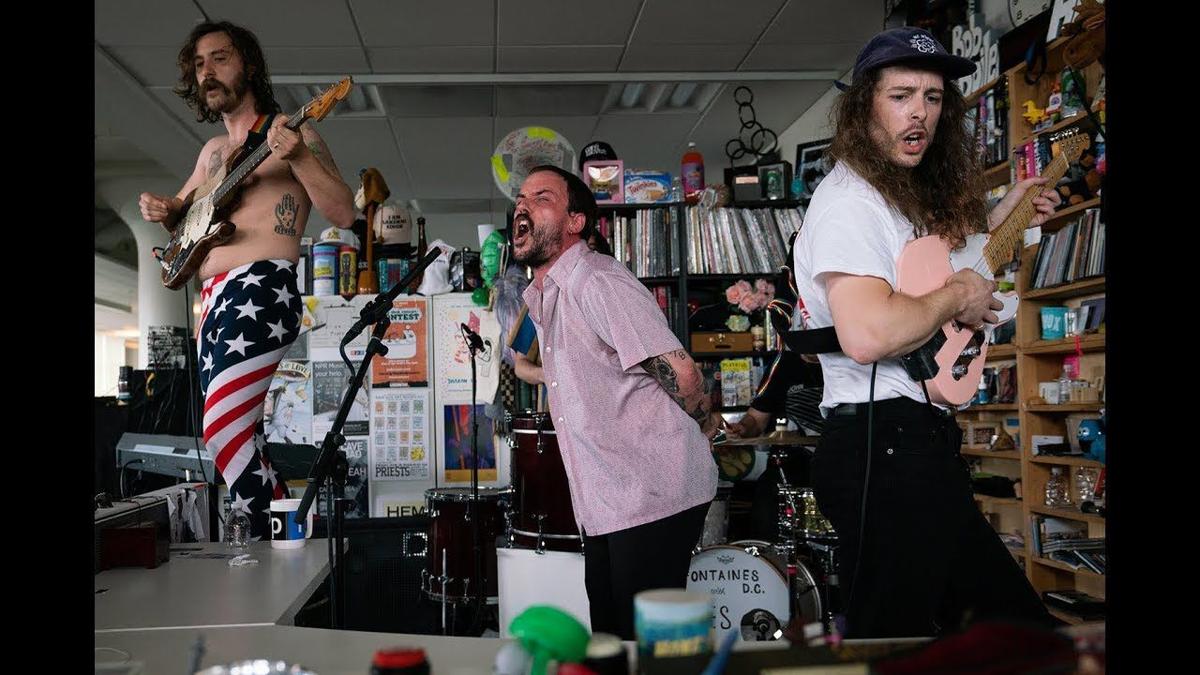 The June 2019 IDLES: NPR Tiny Desk Concert is the right find at the right time for this week’s Songs for the Sequestration.

Gannon Fremin & CCRev are readying to hit the studio at the end of the month to record a full-band album that’s sure to be the talk of the red dirt and rock and roll circles for the coming year.

Dani Carson’s talent as a singer/songwriter and grit as a working musician are why she was this week’s Artist Showcase on the column’s radio show.

The June 2019 IDLES: NPR Tiny Desk Concert is the right find at the right time for this week’s Songs for the Sequestration.

It took a virus shutting things down for regional stages for Gannon Fremin & CCRev to slow down. That’s not necessarily a bad thing. Not at all.

While they’re prepping to record a full band album at the end of the month, this Walters-based powerhouse of red dirt rock and roll have released an acoustic album called “Shelter Sessions.” Recorded in Lawton and produced by David Wilson, Fremin said “it’s a project of songs I just wanted people to hear.

“I wanted a little calm before the storm,” he said. “The tunes on it are just songs I believed in that I didn’t think would fit the full band sound.”

CCRev lead guitarist Travis Julian maintained that role to offer a choice musical blend to Fremin’s voice and songwriting skills to make something magical for this five song collection.

“Is that rollin’” is the first thing you hear from Fremin before Julian’s melodic acoustic leads introduce the vocals to “Broken Heart and Blue ...” It immediately immerses you into what’s best about Fremin’s style and delivery of his new country sound. It’s old school, outlaw and punk rock with its purity. Followed by “Idle Hands,” the collection proves these two have anything but. With a sound that reminds you of a bedroom performance from its intimacy, this song strikes deep.

The just over two minutes of the song “Ladonna” were a light found mid-album. A Steve Earle influence channels its way but voiced through Fremin’s Southwest Oklahoma croon/growl. Julian’s slide guitar matches as a capable co-singer with the singer’s vocals.

“Sometimes” blends the singer and guitarist to create something singularly their blend. It’s a terrific combination that shines in the song’s sparser points. Closing with the boozy “Too Fd Up to Drive” sounds like a Southwest Oklahoma last call near sunrise. Ain’t nothing wrong with that when it’s this cool of a closer.

The musical maturity these young dudes have displayed since bursting onto the scene hasn’t gone unnoticed. Before COVID-19 knocked the road out of the horizon for a while, this band has been on the verge of something big. With music like on the “Shelter Sessions” you know it’s a real deal with Gannon Fremin & CCRev.

The album is available on all streaming platforms as of today, according to Fremin.

“This album is was something I wanted to do since I started music, I grew up on the acoustic sound and love to get a chance to carry the torch,” Fremin said of the new EP.

After being inundated by friends to check it out, I’ve found the right choice for this week’s Songs from the Sequestration. IDLES: NPR Tiny Desk Concert is one of the coolest punk rock/esoteric poetry/work song musical experiences stumbled into. Thanks for the tips, my homies: https://youtu.be/wMehItNQKAA.

For the 190th edition of the column’s radio show, we returned to our first guest/performer who appeared on Today’s Best Soundemonium! in January 2017.

This week’s Artist Showcase Series featured the always terrific Dani Carson. Ever gracious, she even recorded an original song “Easy Way Out” that world premiered on the show. It’s a hint of the talent’s this young lady has to offer the world with her music. It follows a short period of time earlier this year where she pondered retirement. It was a short-lived pondering. It’s a time of growth, she said.

“I’m still in ‘self-discovery’ mode,” she said. “I’ve figured out a couple of things: 1. I am NOT receptionist material; I just don’t have the memory for it. 2. I cannot live without music.”

That said, an artist has to have an expanded life to find both the joy and the spark of creation. Carson has returned to her animal-friendly roots by giving horseback riding lessons. Despite her protestation about being receptionist material, she had been working as one for Johnson’s Plumbing in Elgin. But this busy lady is also continuing her career in music, while also hosting her radio shows on Hot Country and Magic 95.

The receptionist gig ending was probably a blessing. You only have so many hours in the day and Carson still has one last semester at Cameron University before she graduates. But after that, what next?

“My advisor has been asking me how I’ve been preparing to use my degree after college and the truth is, I really don’t know,” she said. “I know that I’ve grown a life for managing and creating ideas to entertain others. Now, I just need the momentum to make those ideas become reality.”

For someone who’s made a steady living on her talents, the shutdown of venues due to COVID-19 has made things rough with Carson’s career. She’d been excited to travel to New Mexico for a show but, things were cut.

“Unfortunately, the lack of customers in bars and diners makes it very difficult for venues to hire live entertainment-and out of town entertainment, at that,” she said. “So, I’ve been playing a lot of my regulars, but am still reaching out to venues outside of Southwest Oklahoma in hopes of getting back into traveling and exploring the world a bit. I don’t typically interact with people a lot outside of my shows, so I’m not too worried of having to travel differently than normal.”

Through it all, even with rough months, Carson said she’s been “truly blessed.” That’s even through hard times. She wants to share that with her fans. She’s nothing if she’s not gracious.

“But I’ve recently lost someone extremely close to me, went through several radical changes in the past few months, and am still evolving as a person,” she said. “All of this, and I’m still blessed to know that I have family, friends, fans, and a significant other who love, want the best for me. I’m more than grateful for it all than anyone will ever know.”

Man, it was a great Artist Showcase Series: Dani Carson for this week’s Today’s Best Soundemonium! with Steve Carr, a.k.a. Steve-O, and the columnist.

She began with the first song performed by a musician on the show from January 2017, “Follow Me” and followed with a pair of Dolly Parton classics, “Hard Candy Christmas” and “Jolene.” Her take on a “Bewitched” classic is still a scene-stealer: •Dani Carson — “I’ll Blow You A Kiss In The Wind” — https://youtu.be/Zb-4e1DdfEs.

Carson’s new song “Easy Way Out” shows her songwriting and delivery are at that next level of talent that’s something special to witness. Of course we closed with Carson and Steve-O layering vocals and more in the studio for a stunning take on “The Lion Sleeps Tonight.” If you missed it Thursday, you’re going to want to catch this replay at 6:30 p.m. Sunday.

Jokey entered his “meta” phase with the joke set-up:

#Sundaymonium — Remember that every Sunday night you can listen to a rebroadcast of the prior week’s show followed by this latest show: 6 p.m., New Music Showcase; 6:30 p.m., Artist Showcase Series: Dani Carson.