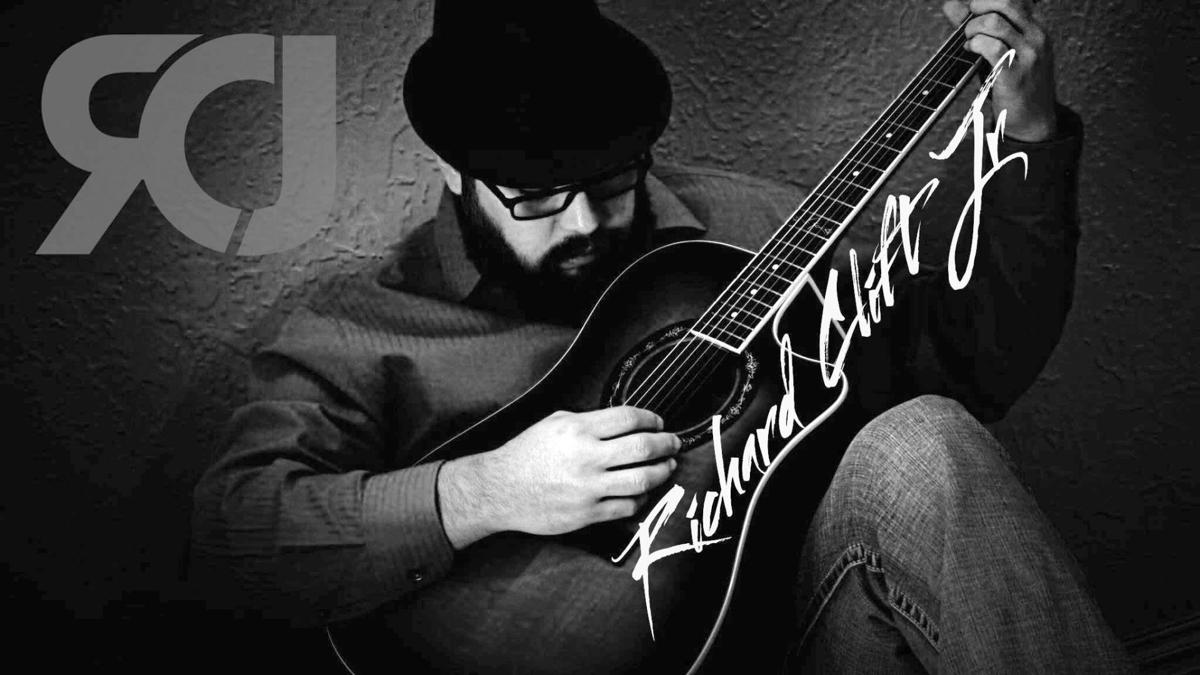 Richard Clift Jr. is allowing his faith in God and in his music to keep him upbeat after making a career change to full-time musician right before the shutdown of clubs and venues for live music took effect. 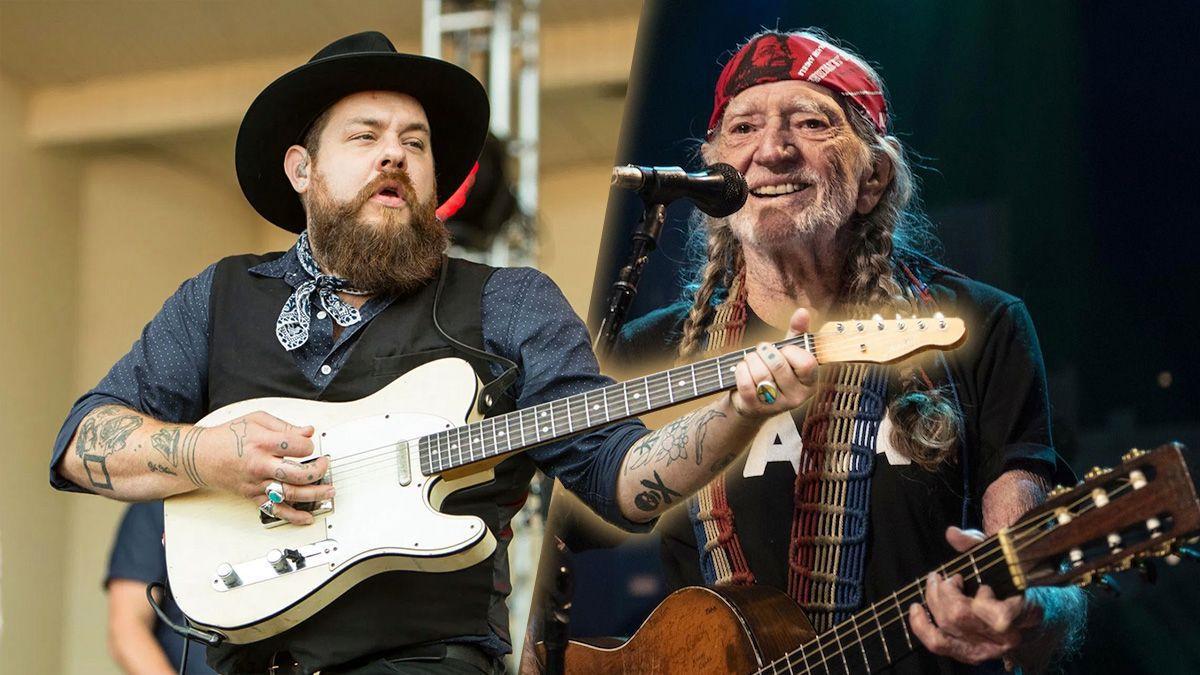 Up and coming icon Nathaniel Rateliff released a great song to one of the ultimate icons, Willie Nelson, in honor of the legend’s birthday this week. It’s a number straight out of the Willie-style and sure to be a classic.

Richard Clift Jr. is allowing his faith in God and in his music to keep him upbeat after making a career change to full-time musician right before the shutdown of clubs and venues for live music took effect.

Up and coming icon Nathaniel Rateliff released a great song to one of the ultimate icons, Willie Nelson, in honor of the legend’s birthday this week. It’s a number straight out of the Willie-style and sure to be a classic.

For Richard Clift Jr. the decision to change one career path to pursue his musical path forward took a leap of faith. When the COVID-19 shutdown blocked that same path, it would become a test of faith.

Clift first became a police officer in his hometown of Carnegie in 2007 after dispatching there for two years prior. It opened the door for other opportunities. But balance between work and music became tough to keep.

“That led to me going to the Caddo County Sheriff’s office and being a deputy for 11½ years,” he said. “Juggling a full-time deputy job and full-time music became a hassle and took its toll on my body.”

Clift said he spent about three years trying to convince himself to hang it up and just play music. But he couldn’t make the commitment.

“I didn’t have the faith I wish I had,” he said. “Then one day I decided it was times and BOOM I did it. I prayed to God and asked him for guidance and reassurance. He said he would never let me fail or fall, I just had to trust him. I did and still do.”

And then it happened. The same week he’d quit, Clift said the world shut down on March 13 for the traveling musician — no open bars, no open venues, no more music and no more income. He said he was tempted to return to the sheriff’s office. He considered it. But his faith in himself and in God informed his decision.

“But I remembered what God told me ... He said I just had to trust him,” he said. “Then I asked myself ‘What kind of faith would it be if I just ran back to my comfort zone at the first sign of danger? Do I really trust God if I do that?” I decided to trust him and show him that I trust him. He hasn’t seen me through one situation that I haven’t made it out of yet. Literally, every situation I have gone through, hasn’t beat me yet and I am 100 percent certain that it is because of Him and not because of me.”

Clift said that music found him at a young age while growing up with his mom. From oldies and country music influences on her part and his father’s taste for country and rock and roll, he said he found his love. His brother introduced him to Stevie Ray Vaughn’s Texas blues and that stirred his soul. Combined, it opened his palette.

“I liked all of it so I never really had a one way path,” he said. “I started playing my grandma’s old handmade guitar she always had. As a small child I always ‘played’ ‘Diggin’ Up Bones’, of course it wasn’t really the right chords or notes and I just said ‘Diggin’ Up Bones’ over and over.”

Clift also picked up the drums before joining the school band in fifth grade as a snare player. He said “it just took off from there.” Guitar followed and by seventh grade he was put into a guitar class against his will, he said.

“Best thing that ever happened to me,” he said. “I excelled playing guitar because I already had a little musical knowledge from playing the drums and being in band. The foundation was set ... it was all downhill from there.”

If you can overcome fear and haters, why not a quick test that comes from out of your hands? Clift said the question about COVID-19’s effect on him and his music allowed him to find a simple answer.

“It has strengthened my faith, it has reminded me that any storm can and will be silenced when my Lord and Savior, Jesus Christ, tells it to,” he said. “I have been nervous about it but He has seen me through it and even blessed me with some employment with one of my best friend’s roofing company, Elite Roofing and Restoration. So, I’ll be just fine. I’d like to say in closing: ‘This too shall pass.’”

From the Songs of the Sequestratioon Series, I found a great song from Nathaniel Rateliff in honor of Willie Nelson’s birthday. He took the essence of the country legend and made something sweet as stardust: •Nathaniel Rateliff — “Willie’s Birthday Song” — https://youtu.be/9wbQzkKawrc.

On another end of the spectrum, the sounds of Electric Funeral have been food to a super fuzzy stoner doom sound fiend who only wishes Black Sabbath made more albums. Fortunately, these long-time English stalwarts more than carry that weight. Here’s a great song coupled with cool visuals from the movie “Valhalla Rising” that rides like a valkyrie: •Electric Wizard — “Funeralopolis” — https://youtu.be/F-x6qqNy0mo.

#VirtualSoundemoniumFest has been making live music breathe online and I’m stoked about it. Drop Dead Dammit are carrying the ball over the line to help local businesses when they perform a May 9 set that is intended to raise funds for Shine On Tattoo. Good music, good cause = a good time.

All local musicians are asked to participate. Just let me know when you’re playing, what time and send me a link to how people can watch. You can contact me through Facebook (Scott WHole Rains) or via my email: scott.rains@swoknews.com.

So, musicians, set up a livestream show and a virtual tip jar and perform for your fans, gain some new ones and maybe make some money that you can split with your favored venue. Let’s do it as long as it takes before life returns to a sense of normalcy.

Steve-O and I are about to beginning culling performances for a special #VirtualSoundemoniumFest Mix Tape for an upcoming radio show. Also, you can enjoy your own #VirtualSoundemoniumFest of local and big name artists performing live in the studio on stage at the Soundemonium Musaic Lawton music archive homepage: Scott Rains — https://www.youtube.com/channel/UCPw__GedGPOUD-wROFcuZ8w.

This week brought the reverse ordered part two but actually part one version of the COVID-19 Self Quarantining Social Distancing Crush the Curve Re-Mix Tape Addendum Edition of Today’s Best Soundemonium! with Steve Carr, a.k.a. Steve-O, and the columnist. We returned to the archives for the 2017 edition of the Thanksgiving Mix Plate for Mix Tape Surprise 6. Our archive keeps local music alive.