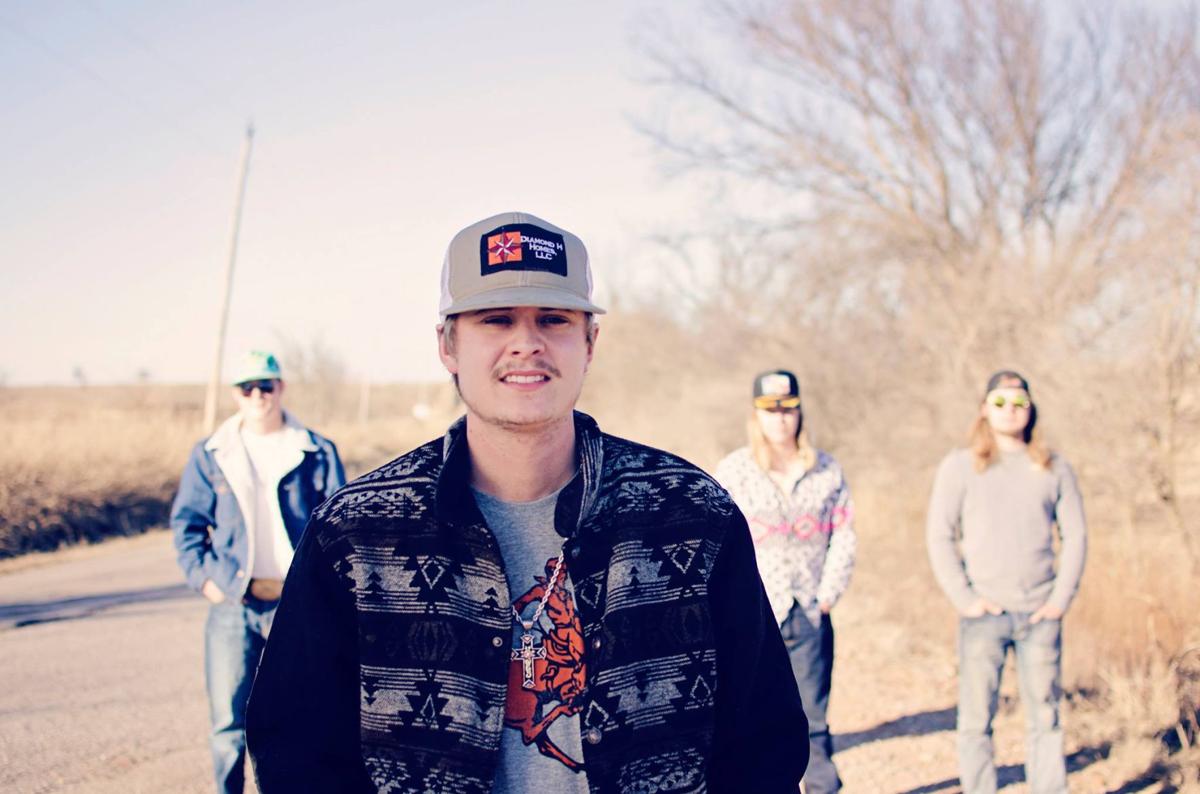 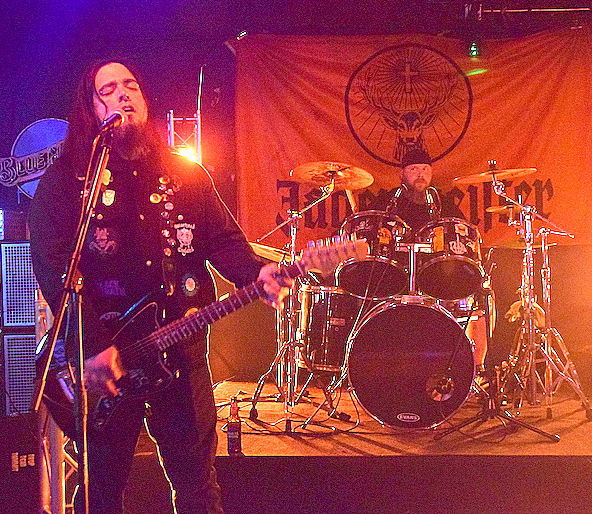 Rising local heavyweights Drop Dead Dammit are set to release a trio of singles through May and shared some early listens with the jock and scribe hunkered in Bunker Studio Blanket/Tent Fort for this week’s edition of the column’s radio show. Through a cloud of disinfectant, we indulged in lavish amounts of hand sanitizer.

Singer/guitarist Brandynn “Dammit” Garcia and drummer John Bona called into the locked down studio and commiserated via the phone lines. With bassist Jesus Jenkins, this trio are packing pure power.

The band played one of the last live shows in Lawton before this week’s state of emergency shut down bars and restaurants. Garcia said last Saturday’s show at the Railhead was a good one to go out on.

“The Coronavirus was the theme of the show,” Garcia said.

The theme ruined show bookings later in the week. An Oklahoma City concert opening up for First Jason on Wednesday was called off at the last minute. Live performance fortunes are bleak.

“As of today I was informed that all remaining Drop Dead Dammit shows are cancelled; the Railhead and every other venue is having to close,” Garcia said. “I hope once this passes, we can celebrate by throwing some huge shows to help business owners like Miss Kay to get things going strong again and I hope all my fellow musicians in Lawton get onboard. It’s tough right now but we’ll all get through this and be back hitting the stage any and everywhere that will have us.”

The live setback doesn’t stop the fact the band have a new three song EP, “Hell of the Plains” that’s ready to roll.

The three songs will lead to their first full length, planned for summer release. Recorded by Brandon Cramer at 1121 Recordings in Lawton, and co-produced by Garcia, the clarity and punch of the songs is fierce. The songs: “Stitched and Confused,” “Leather Apron” and “Wait Til Dark” are powerful examples of the band’s unique blend of punk/grunge/doom/metal that’s been offering a much needed sound to the local scene since their formation last year.

The songs will be released monthly on iTunes, Spotify, and all the online outlets. The first single drops today, “Wait Til Dark.” Based on Native American lore about “skinwalkers,” it shifts shape into a powerhouse tune. You can give it a listen via their ReverbNation page: https://www.reverbnation.com/dropdeaddammit/songs.

“The response has been great,” Garcia said. “We have something different to offer in Lawton. For a three-piece band, we really bring the doom.”

All songs were written by Garcia except for “Leather Apron,” whose lyrics and beat came from the drummer’s mind.

“John had the words and drumbeat,” Garcia said before chuckling. “I told him, ‘I’ll keep your words and your little drumbeat.”

Garcia said there’s a lot of pride in the way the songs came out when recorded. He said Cramer brought out the best in the musicians. With something different to offer, he said it feels like Lawton’s on the verge of something special.

“I feel something really big is gonna happen this year musically in Lawton and we intend to be a big part of it,” he said. “With this crazy time we are living in where everything is shutting down it’s important for all of us musicians to keep making and releasing music. Music is magical and can get people through the toughest times. We all need that, especially right now.”

Garcia said the state of emergency doesn’t mean the band is going to quit playing any time soon. They’re looking into online performances and promise some interesting things in the future.

“We are looking into ways to do online shows people can watch at home,” he said. “Once we figure out the logistics we will get it rolling and announce it on Facebook.”

Local restrictions of bars and restaurants from opening during the state of emergency are hitting musicians and music fans hard. With no definitive end in sight, it’s taking resourcefulness for musicians to make their living. It’s hard to pay your dues when there’s no till open to take your payment.

Gannon Freemin and CCRev are fighting against the lockdown that’s shut down their booked schedule of live performances for this rising red dirt & roll band. It couldn’t have come at a worse time, according to Freemin.

“We were pumped to bring everybody some new music,” Freemin said. “It looks like it could take longer than expected due to show cancellations.”

The band has been recording with Taylor Kimball at Rad Dirt Studios in Denton, Texas. Titled “Okie Thump,” Freemin said they had plans to release a single to give a taste of what’s to come. That takes $2,500 for them to get the album’s first half back and to release the single. After two years of work, all the ducks were in a row and then gigs got cancelled.

“We have had five gigs cancelled and more to come over the next few months,” he said. “We are dying to get new music out and do it while we’re able to. But it almost seems 2020 will be a wasted year for many artists without some support.”

Freemin said it’s a tough pill to swallow after building the brand and momentum with it. Silver linings only frame dark clouds.

“It is a good time, to sit down and write,” he said. “But nobody has money to do anything with what they have.”

With a goal of $2,500, if you are ready to hear some new CCREV you can donate here: https://www.gofundme.com/f/kwfdk-new-music?utm_source=customer&amp;utm_medium=copy_link&amp;utm_campaign=p_cf%20share-flow-1&amp;fbclid=IwAR0HbtFUV5tLfc4FdR-eEU8CGBUUmyqsgjb-nDfO5ebNJ8NwcqhxgZuf96g

This week, two-thirds of Drop Dead Dammit made for a fun through the phone lines edition of Today’s Best Soundemonium! with Steve Carr, a.k.a. Steve-O, and the columnist. We still found ways to have fun for the show’s 170th episode in a row. With the state of emergency, the column and show will be tackling the artist’s plight during these trying times in coming weeks.

“He wasn’t chicken yet.”