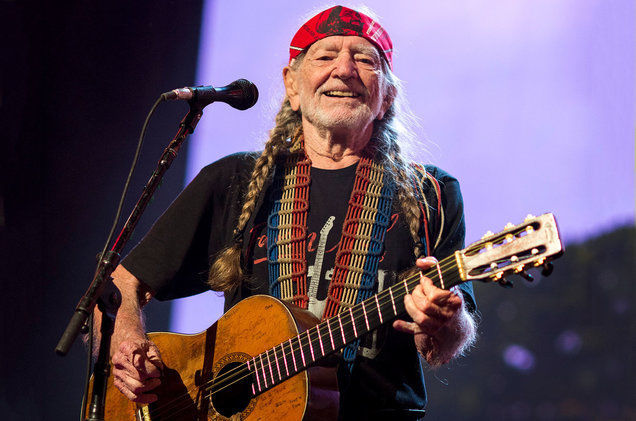 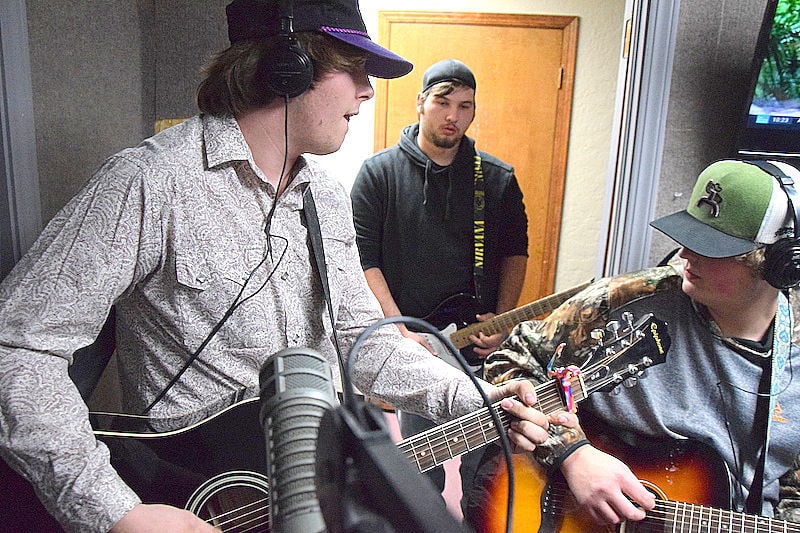 Crossed Hearts — from left: Billy Davis, Caden Herner and Hagen Bass; strum into one of their original songs for this week’s radio show.

Crossed Hearts — from left: Billy Davis, Caden Herner and Hagen Bass; strum into one of their original songs for this week’s radio show.

Crossed Hearts made their inaugural visit to Studio Blanket/Tent Fort for this week’s radio show and I’m pretty sure they’ll be back soon and often.

Although far too young to drink, they sure know how to write a song you can imbibe. If you tuned in you heard it and know what I’m talking about: •Crossed Hearts — “Backwoods & Bourbon” — https://youtu.be/hGsDZl0L_tg.

Along with other originals like “Tell Me How It Really Is,” “Grandpa Said” and “My Old Six String,” the gents weren’t afraid to tackle a quick take on a classic that was a fun moment: •Crossed Hearts — “Breakdown” — https://youtu.be/fvbj0cD2tLc.

You can hear they’re having fun. And why wouldn’t they. They’re teenagers after all. Primary singers Billy Davis and Hagen Bass and Caden Herner are all Chattanooga High School students. Co-singer Gracie Lovett was unable to make this week’s show due to being ill. I’m pretty sure a female voice adds flavor to the mix.

Bass, the grandson of former State Sen. Randy Bass and Davis write the main part of the lyrics. They’ve been working together for a year and Herner helped round out the outfit about three months ago. They’ve already begun to gel.

“Me and Billy were hanging out one day at school and next thing you know,” Bass said.

Crossed Hearts made its stage debut at a recent open mic night hosted by Big Pete Piehnik at Red Dirt Reloaded. They made an impression that immediately put them on the fast track to the show. The main point wasn’t lost on Davis.

Davis has been playing guitar for 10 years, since he was 7 years old. Bass is the newcomer to the instrument after picking it up last year. Harder picked up the guitar and an interest in playing leads from a very rock and roll inspiration. With his Silvertone Stratocaster copy, he’s become adept at the melodic leads the band’s songs call for.

The band’s inspirations stem from the red dirt school of Koe Wetzel and Read Southall. But they dig rock and roll and don’t find much discerning the two genres. That’s a perfect fit. Davis said the songs just form themselves.

Those ingredients mix well with Davis and Bass’ voices and Harder’s guitar voice to twine into that something special Southwest Oklahoma sound. Now, they’re in search of a drummer.

Davis said you can find a recording of him and Bass and an original song called “Hopes & Dreams” on Apple Music. If you want to inquire about that drummer gig or you just want to keep up with these up and comers via their Facebook page. I have a feeling you’ll be hearing a lot about them.

Since we’re in a red dirt mood, have you heard the news about the inaugural Born & Raised Music Festival that features the gamut of modern outlaw country and Texas music?

Following years of success of Rocklahoma, the Pryor Creek Music Festival Grounds will have a special pre-festival party June 5 that kicks off the weekend of music and camping event for the outlaw in all of us. It features more than 25 acts including headlining sets from legendary outlaw artists Willie Nelson & Family and Hank Williams Jr. along with performances from Jamey Johnson, Whiskey Myers, Blackberry Smoke, Margo Price, Randy Rogers Band, Shooter Jennings, Parker McCollum and many more.

Presale passes are available with early bird prices on-sale to the public today. Weekend General Admission Passes start at $89.50 with reserved seating starting at $159.50. VIP packages, starting at $469.50, include up-close reserved seating and VIP parking plus access to the Red River Saloon with private, unplugged sessions with select artists (to be announced), catering, water and soft drinks throughout the weekend. Tent and RV camping options also available. Additionally, Born & Raised has partnered with GovX to provide discounted passes for military and first responders starting at $79.50.

The Friday night pre-party on June 5 will be available to anyone with a weekend pass; lineup details coming soon. To sign up for the presale, viewfull pricing and package details, and to purchase passes, go to www.bornandraisedfestival.com. Payment plans available.

The kids from Crossed Hearts made their inaugural visit this week to Studio Blanket/Tent Fort for Today’s Best Soundemonium! with Steve Carr, a.k.a. Steve-O, and the columnist and it was a good time to see and hear from some new faces of local music.

“Number one and number two.”