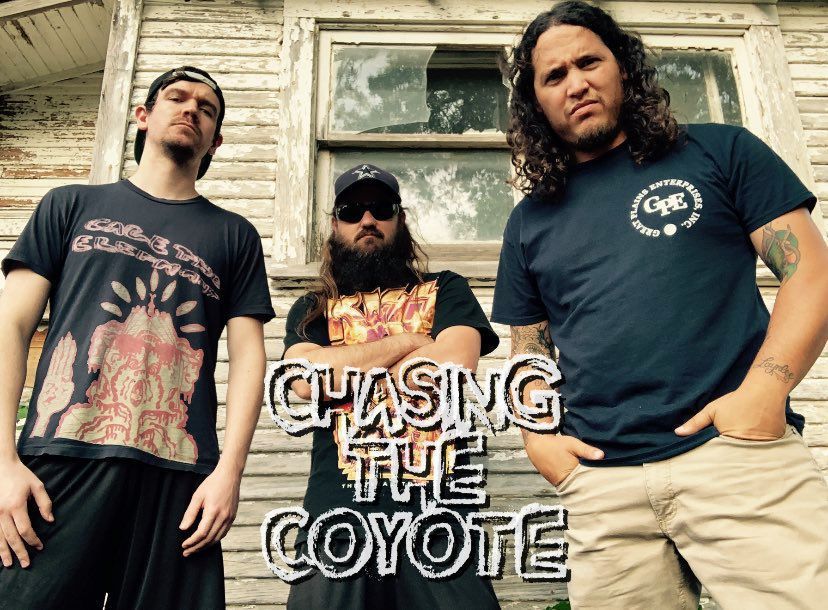 Putting the power back into trio, Chasing the Coyote are ready to introduce their flavor of Southwest Oklahoma-infused desert rock with the release of their self-titled upcoming debut EP with a concept. 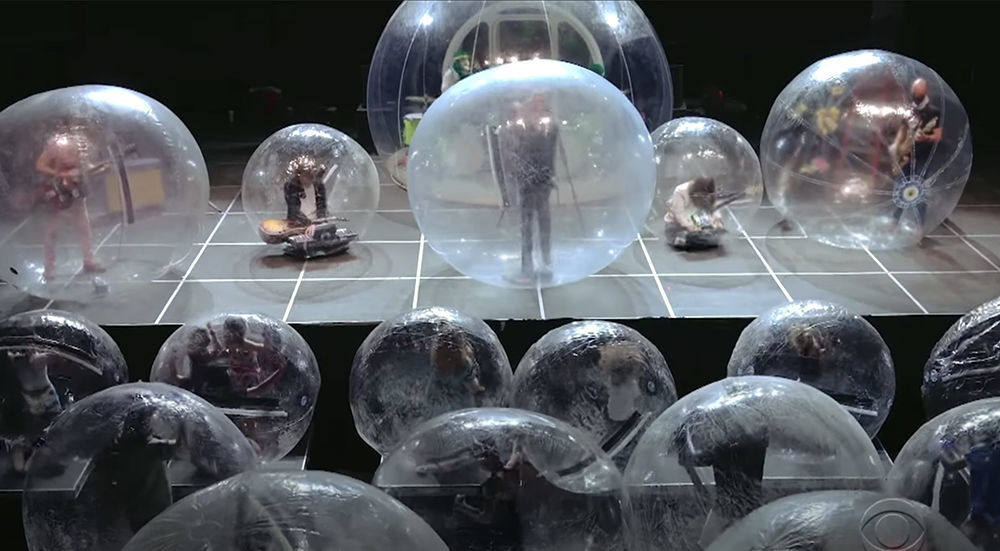 Joined by their bubble-wrapped audience, Oklahoma’s Flaming Lips offer a look at the future of performing as COVID-19 cases continue to permeate the nation. The band and audience performed this way recently on Stephen Colbert’s Late Show. 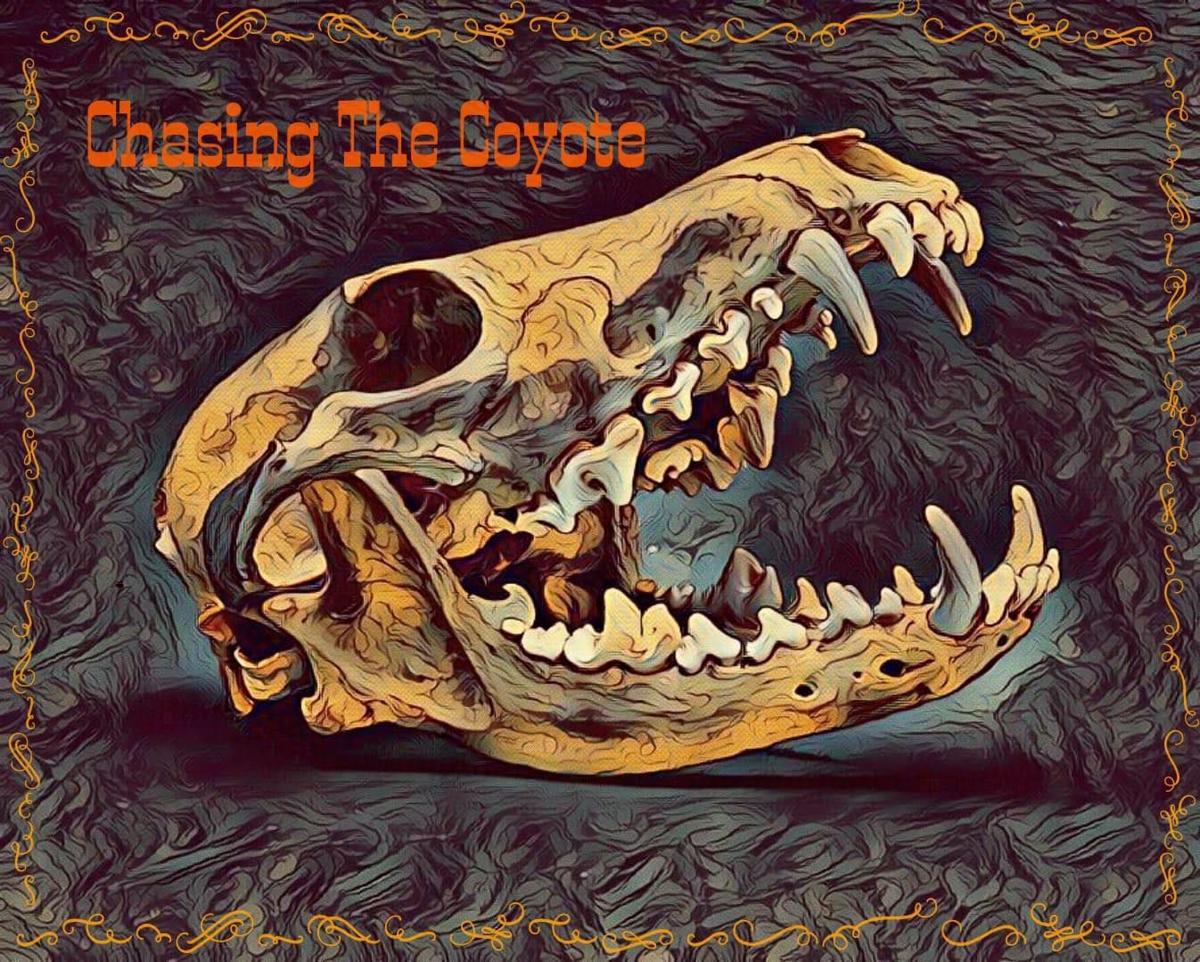 The art for Chasing the Coyote’s self-titled debut EP matches the Southwestern mysticism that permeates the the five-song storyline.

Putting the power back into trio, Chasing the Coyote are ready to introduce their flavor of Southwest Oklahoma-infused desert rock with the release of their self-titled upcoming debut EP with a concept.

Joined by their bubble-wrapped audience, Oklahoma’s Flaming Lips offer a look at the future of performing as COVID-19 cases continue to permeate the nation. The band and audience performed this way recently on Stephen Colbert’s Late Show.

The art for Chasing the Coyote’s self-titled debut EP matches the Southwestern mysticism that permeates the the five-song storyline.

Southwest Oklahoma has its first edition of music to fall under the “desert rock” genre with the debut of Chasing the Coyote.

The band features Ryan Tyler, guitar/vocals, Travis Flood, vocals; and Brett Gallant, drums. Their connection is as Southwest Oklhaoma as the crunching mesquite stomp riffs and windblown atmospherics that make their music something special.

Tyler and Flood have known each other since being schoolboys in Tipton. They bonded over all sorts of music, especially heavier bands like Nirvana, Alice In Chains, Slipknot, As I Lay Dying and Death. Two-and-a-half years ago, Gallant entered the picture. He had the same musical loves as the other two and, together, they formed this power trio. Tyler called it “a heavy metal stoner rock fusion.” Much like bulgogi tacos, this is a synthesis I can get behind.

They’re ready to release their eponymous debut EP. Unlike a lot of bands, it’s a cohesive five-song collection to tell a story.

“From the beginning we knew that we wanted our music to tell a story and with that came these five songs that follow a lonely gunslinger on his quest for immortality,” Tyler said. “‘From Chasing the Coyote,’ to facing his death in the song ‘End Of a Gunslinger.’ Upon escaping, he takes refuge with a ‘Medicine Man’ who takes him to the spirit land where he comes in contact with the eater of worlds, the ‘Holy Serpent.’ With his wish granted for immortality granted it doesn’t come without cost. He is forced to spend eternity doing the bidding of the serpent as the mythical ‘Wendigo.’”

I can’t wait to review this whole collection when it’s available. Here’s a clip of “Medicine Man” which premiered on Thursday night’s edition of the column’s radio show: https://www.facebook.com/videos.

“This album has heavy doom, blues and grunge influence with a tinge of stoner rock thrown in there,” Tyler said. “We’ve tried to bring out a little bit of each one of our personal influences to create a colossal sound that is Chasing the Coyote.”

Part of the propulsion to the sound is Gallant’ drumming. On the sticks since he was six, he always said he wanted to be a rock star. It began with Kiss. He thinks he’s in a supergroup in itself.

“We’ve got a good group of guys that came together for the love of music and everything just clicked,” he said, “hence this album and more to come.””

Flood said the end product of three years of getting together, writing and creating in trying to make something work has borne fruit. It’s overwhelming, he said, to think it all comes from playing and recording in his tiny spare bedroom every chance possible.

“Finding time to create as a whole is tough, but It feels great to finally share music we’re proud of,” he said.

Tyler said there’s a lot of pride in putting together a real band that’s making something unique to and uniquely Southwest Oklahoman. There’s no telling where the sound will go, much like the Oklahoma wind.

Keep up with Chasing the Coyote via its Facebook page and be looking for the release of their new EP.

Leave it to ol’ Dirty Red himself to brighten up a day with a couple of new blues masterpieces in the rough, as he called it.

Lawton’s own Eric “Dirty Red” McDaniel hasn’t let the recent slowdown for live music stop his mojo from keeping on. Yes, he’s still with his brothers in the Soul Shakers, but sometimes you’ve gotta step outside yourself and simply create. Fortunately, he sent early versions of two new songs that we premiered Thursday night on the column’s radio show. If you missed them, tune into Today’s Best Soundemonium! on Magic 95.3 FM at 6:30 p.m. for a replay of the show. This one is worth going back for if you heard it the first time.

Working with guitarist Fred Rice and back-up singer Jade Castle, he produced a burner of a blues number called “When the Chips Were Down” that was recorded June 5, McDaniel said the song is slated to appear, in its final version and completely, during the closing credits of an upcoming documentary about Tulsa’s legendary Cain’s Ballroom.

Another song recorded June 13 features McDaniel and Mike Bell on percussion called “Summertime Sweethearts” that’s got a leisurely joy that permeates every crooned note sung. Considering they were what he calls a rough mix, I think they were a splash of honey that added flavor to this spicy start to summer.

It’s not a song, but a new Dave Chappelle video ”8:46” on YouTube is a dose of perspective these days and serves as the first of a one-two-three punch of additions to the Songs from the Sequestration. It may not be his funniest stand-up special but it speaks volumes in a way that needs to be heard and felt about the condition for Black Americans. Not just from these days but in all our nation’s days: https://youtu.be/3tR6mKcBbT4.

The second addition to this list is a joint production between Run the Jewels featuring Pharrell and Rage Against the Machine’s Zack de la Rocha called “Ju$t.” It’s not meant to make you comfortable. From Killer Mike’s powerful voice to the traditional Rage vocals that mark the bass-heavy beat, if it doesn’t move your heart there’s at least a good chance it’s gonna move other parts of your body: https://youtu.be/vYPIOaqNlyg.

And with COVID-19 cases beginning to rise again in the state, it was nice to see some Oklahoma psychedelic pioneers bringing their own special social distancing solution to Stephen Colbert’s Late Show for a performance with an audience. But when The Flaming Lips do it, you know it’s going to be a unique experience. With each band member and the audience members inside inflatable bubbles, a move singer Wayne Coyne has been using for almost two decades on stage, it again proves how ahead of the game these Okies are. Check out their performance of ”Race for the Prize”: https://youtu.be/YUCzn_eMFF4.

Check out this lineup with radio premieres to start it off: Chasing the Coyote, ”Medicine Man”; Eric “Dirty Red” McDaniel & Co., ”When the Chips Went Down” and “Summertime Sweethearts”; Uncle Dave’s Rock Service (Motley Crue cover), ”Public Enemy No. 1”; and Jared Rosin & The Shuffle from November 2019, ”I’ll Blow Up Your Car.” You can check that one out here: https://youtu.be/kegIJmL8BLM.

Jokey McJokerson took a spiritual bent with the joke setup:

#Sundaymonium — Remember that every Sunday night you can listen to a rebroadcast of the prior week’s show followed by this latest show: 6 p.m., #VirtualSoundemoniumFest Showcase Part 4; 6:30 p.m., New Fresh Fun Stuff.