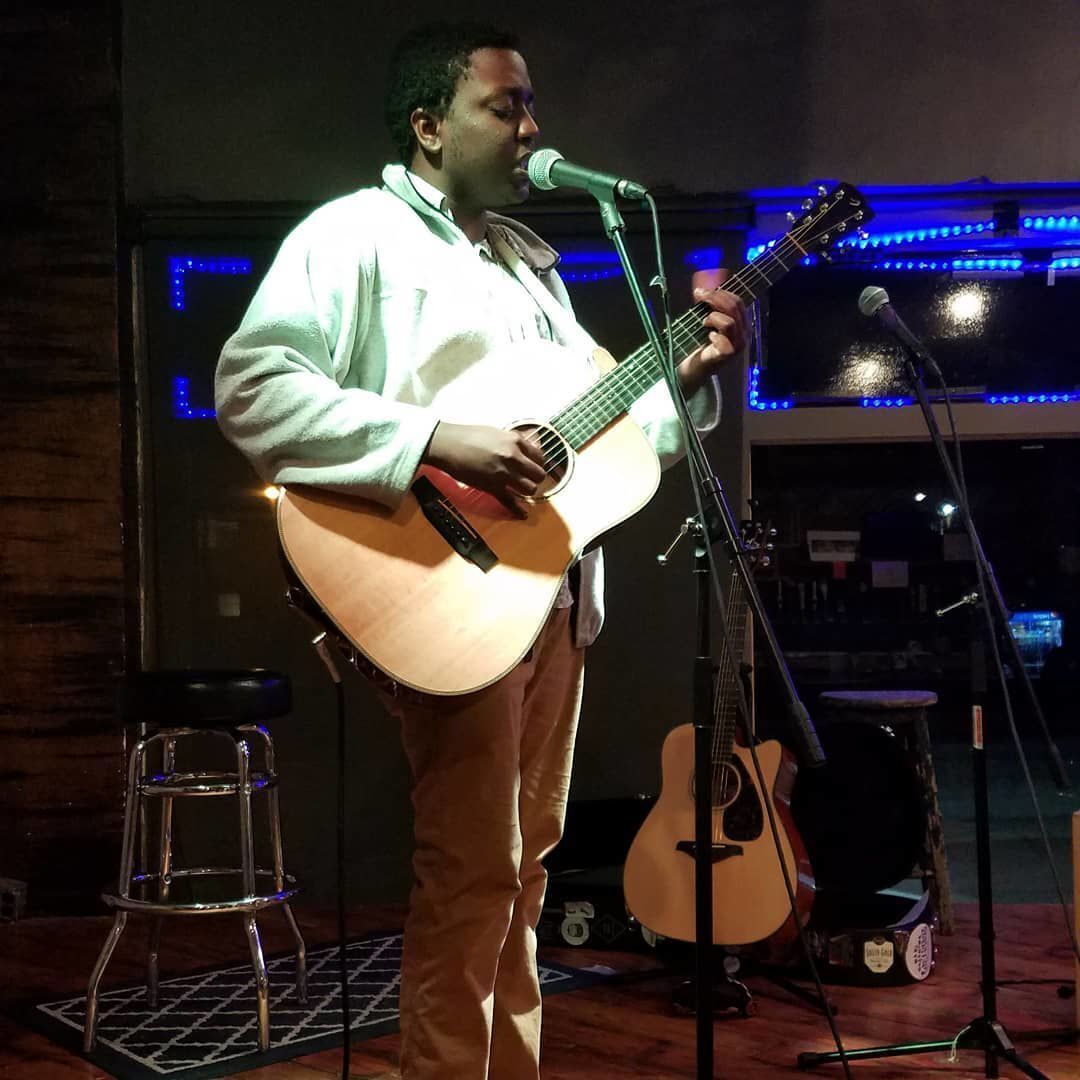 On stage or in the studio, Bannister Chaava follows his muse to create the music of his soul and intellect. 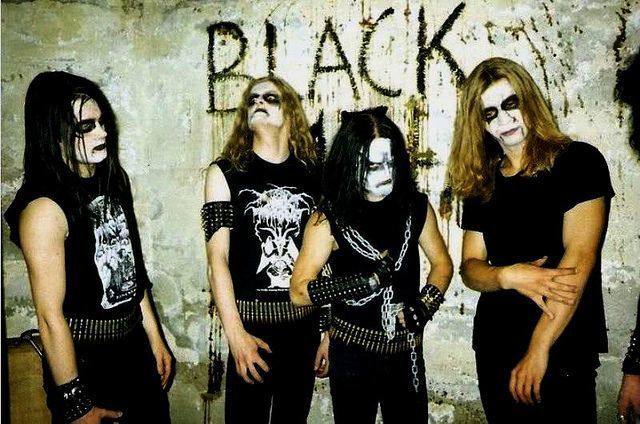 Originators of Norwegian black metal, Mayhem and its story is one filled with all the makings of, both, a great rock documentary and crime story. 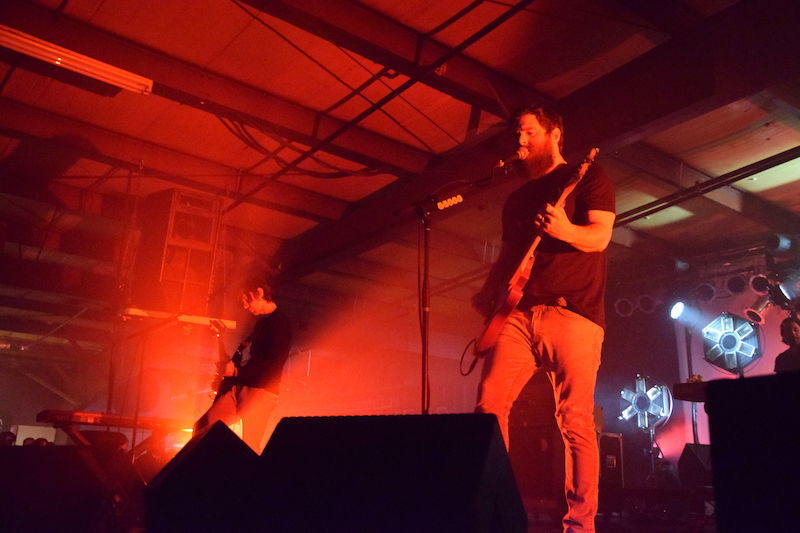 Manchester Orchestra have a new single, “Bed Head” in anticipation of the latest full-album release on April 30.

On stage or in the studio, Bannister Chaava follows his muse to create the music of his soul and intellect.

Originators of Norwegian black metal, Mayhem and its story is one filled with all the makings of, both, a great rock documentary and crime story.

Manchester Orchestra have a new single, “Bed Head” in anticipation of the latest full-album release on April 30.

When you catch up with Bannister Chaava, odds are he’s working on something new.

Much like a hummingbird that’s always in flight, he is moving his wings and stretching his boundaries to find that sweet spot. And with every new creation, he finds it in a different place.

When the columnist first discovered Chaava performing during one of Big Pete Piehnik’s Open Mic Night at the former Mi Familia, his acoustic guitar and voice proved a show-stopping combination. Those first times hearing him perform classic songs as well as his originals proved transcendental to this music fan.

Repeated visits to Studio Blanket/Tent Fort for the late-Today’s Best Soundemonium! radio show only offered more and more insight to the unbound talent contained in this young musician.

When tackling a new project, Chaava said he tends to find a theme and work from it to completion.

In 2019, Chaava released the nine-song collection called “Melodramatic.” It was easily one of the best albums, at any level and of any genre, made that year. He continued to create and expand his range. You can’t pin him to a genre or style.

His self-produced 2020 follow-up, “Autosophy” took his promise further as his work focused on the development of an artist and person with a collection of songs that carried a “thin continuity” to them, he said.

With live performances basically a wash for the last year, Chaava said he has been pushing himself with his creative process for his next album. Right now, he said it’s about 50 percent done. Titled “Knowing, Understanding & Other Myths,” he’s exploring new places.

“My aim with this one is to explore some fairly negative thoughts and feelings,” he said. “It’s been therapeutic and exhausting and depressing.”

Ever erring on the positive side, however, Chaava said he’s got a little bit of a lighter project in the works as well.

“I’m just calling it ‘American Music,’” he said. “It’s a collection of short story-esque tunes and it will be a lot more fun and funky and stuff.”

Chaava has found motivation through weathering the storm of the pandemic. He has a purpose with his songwriting. He hopes you find purpose through listening.

“Twenty-twenty was a rough (but very important) year for me,” he said. “My main motivation, like Orwell said, is not necessarily to be loved but to be understood. Hopefully this next batch of songs will be relatable to listeners. I want people to feel some feelings and maybe think about their lives.”

Young and versatile as a musician and songsmith, Chaava said he’s experimenting with some overarching narratives with the half-completed album.

“It takes place in the far future and uses some ideas from short stories and scripts I wrote when I was younger,” he said. “There will likely be some narration.”

It’s part of Chaava’s focal point to expand as an artist. Each endeavor points to new things he wants to home in on. Open to growth and collaboration, he’s steadfast with his vision.

“I’d like to work with stronger producers in the future but I won’t allow myself to be bullied out of my sound and intentions for my music,” he said. “I listen to a fairly diverse set of music and I’ve come to the conclusion that there is basically no such thing as an objectively good mix (except all of Steely Dan’s ‘Aja’).”

Equally proficient as a lyricist as he is a multi-instrumentalist, Chaava said a lot of his content comes from inner reflection about the things he wants most and doesn’t have as well as the opposite. It all comes down to communication.

“At least that’s my current theory on my process,” he said. “It’s pretty easy to write love songs that way. Things I can’t express in conversation tend to come out in my music. Movies, books and TV shows also help.”

The musical content comes from finding different voicings for chords and melodies. The idea is to not be too predictable, Chaava said. It plays into his latest, stand-alone single, “The Town We Built.” It’s as ambitious as the creator.

“It’s about the inevitability and strength of love and how it can build and destroy,” he said.

Taking a verbal cue from Leonard Cohen, Chaava takes his vocals into a lower register before multi-layered vocals join the sparse, acoustic melody. Another foray into the unknown, he spreads his musical wings and expands his palette like the true artist he is.

Check out the new song and Chaava’s entire catalog: https://bannisterchaava.bandcamp.com/.

If you’re a fan of music and “murderinos” (true crime stories) you should take the time to explore the intertwined story of Mayhem and the black metal movement of the late ‘80s and early ‘90s.

The tale of Mayhem’s mastermind, Euronymous, the band’s singer Dead who would live up to the moniker following a highly-publicized suicide and the arrival of Varg Vikernes, there are almost Shakespearean undertones to this tale of tragic egos almost working against themselves to create something fierce and singular.

But when their Satanic imagery went from a prop to church burnings and, eventually to murder, the music became background noise.

One of my favorite true crime books written about this world, ”Lords of Chaos” has since been translated into a feature-length movie released early in 2020. While many of the purists have offered hate for its characterization of the scene and its players, it offers as good of translation of the core of the source material into movie form and, to me, was well worth the two or three watchings I’ve given it over the past year. I’ve read the book four or five times so, with it still on the Hulu roster, I’m pretty sure I have another viewing left in me.

And if you want the real skinny on this world of music made mostly by the new generations of Viking descendants, visit YouTube where you can watch the compelling documentary, “Until the Light Takes Us” in its entirety. Through the stories of those who make and live the music, you can find that there’s more than blasphemous rebelliousness at the genre’s core: https://youtu.be/TMP7GPz7Gzo.

The latest choice for the Songs of the Sequestration is the newest single from Manchester Orchestra called ”Bed Head.” With a bit of a techno underbeat, this Georgia rock powerhouse is setting things up for their new album, ”The Million Masks of God,” due out April 30: https://youtu.be/-voZou1JllY.