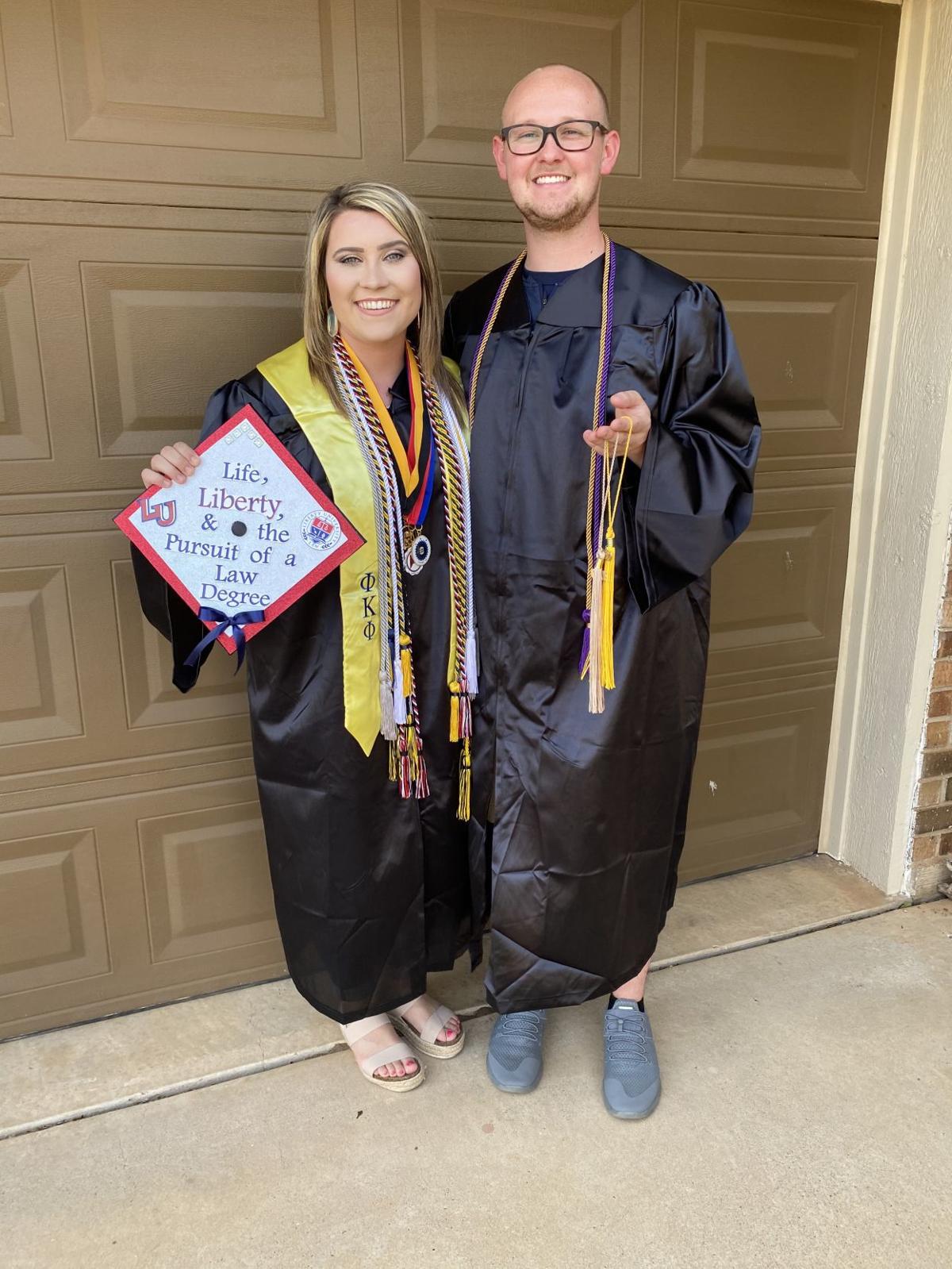 Rylee McKee, left, and Matthew Seabolt, are graduates of CU's class of 2020. McKee will be moving on to law school in the fall. 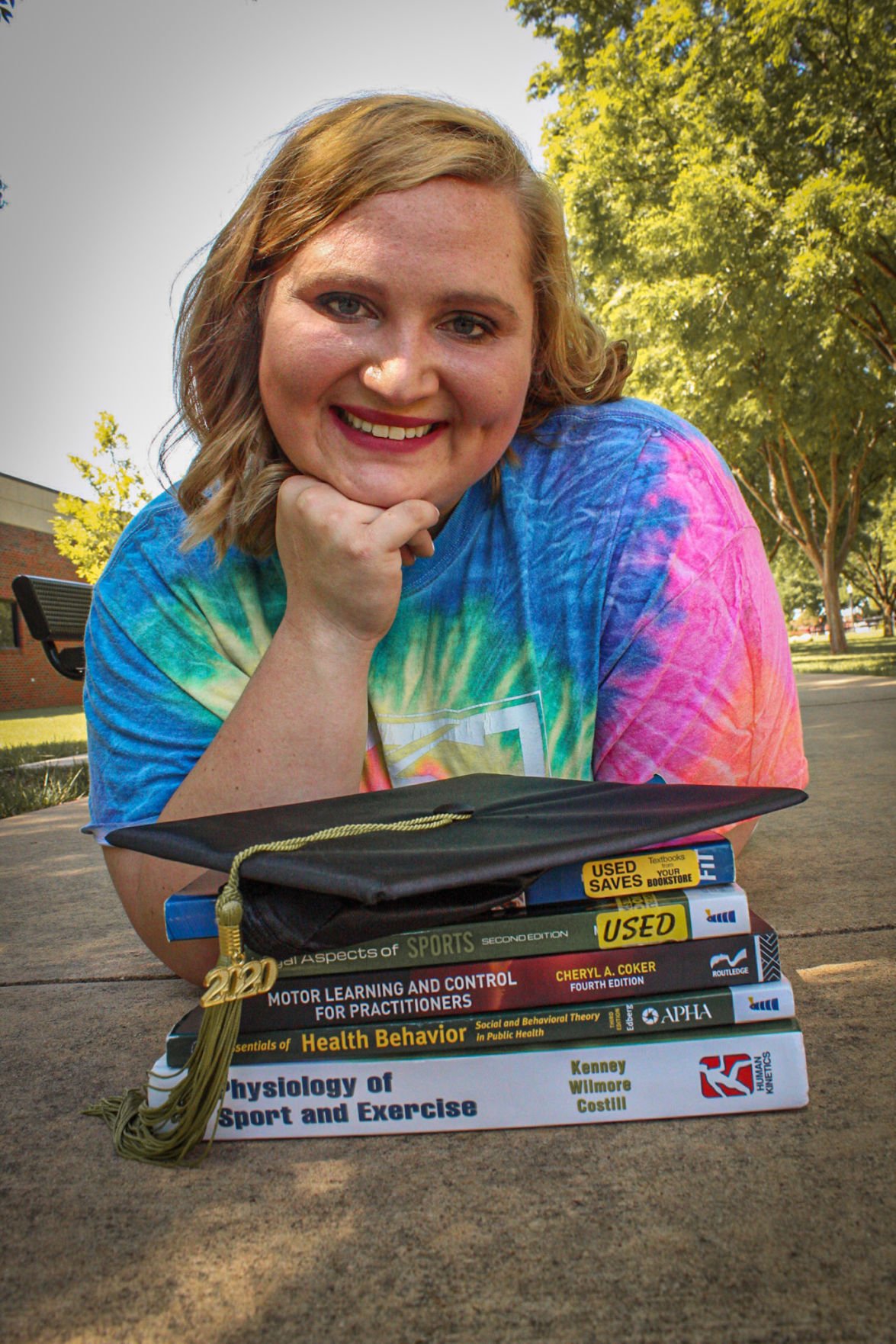 Tifani Langston was a nontraditional student, but she enjoyed her college experience at Cameron. Now, she says, it’s time for a break.

Rylee McKee, left, and Matthew Seabolt, are graduates of CU's class of 2020. McKee will be moving on to law school in the fall.

Tifani Langston was a nontraditional student, but she enjoyed her college experience at Cameron. Now, she says, it’s time for a break.

In a year where uncertainty has become the new normal, many college graduates are ending their journeys in ways they never expected. At Lawton’s Cameron University, the Class of 2020 is leaving the safety and comfort of the place many of them have called home for the last four years to step out into a changed world.

On March 16, students at Cameron University went on spring break. Unbeknownst to the graduating seniors, it was an unofficial end to their time on campus. Two days after the break began, Cameron announced that the university would be implementing remote instruction for the remainder of the semester.

“We went on spring break expecting to come back,” said Rylee McKee. “I didn’t get to say a proper goodbye to my professors or my classmates. But graduation being canceled, that was the hardest part.”

On May 1, McKee officially graduated from Cameron with a Bachelor of Arts in Political Science and a minor in Pre-Law. But, unlike the classes before her, her celebration took place virtually.

There were no grand speeches, no slow walks across a stage, and the night didn’t end with a spectacular fireworks display. Instead, McKee, her friends and family watched as her name and photo scrolled across the screen in Cameron’s virtual commencement ceremony.

McKee is a legacy student; both of her parents graduated from Cameron, and their experience factored into her decision to attend the school. That, and the full ride she received through her PLUS scholarship. Cameron gave her the best of both worlds, the ability to say local while also having all of her classes paid for.

Long interested in politics, McKee knew her first day of freshman year that she wanted to major in political science. This fall she will be attending law school at Liberty University in Virginia.

“I knew from a really early age that I wanted to go into politics. As I grew up and learned more I started to change and in high school I decided I wanted to go to law school and become an attorney,” McKee said.

Even though she is moving to Virginia soon, McKee plans to stay in touch with her alma mater.

“I would like to move back to Lawton after I get my law degree, I don’t know for sure if I will be able to because I don’t know where it will take me. But I’d like to stay engaged with Cameron,” McKee said.

For Tifani Langston, who is also among CU’s Class of 2020, her academic path was never quite as clear cut. Langston is a non-traditional student and first-generation college graduate.

Born and raised in Lawton, it took Langston five years to finish her degree after medical problems forced her to take a year off. And Cameron wasn’t her first university, she had originally attended a school in Kansas before working through three other schools only to wind up back in Lawton. But it all worked out in the end, Langston said.

“I don’t think I’ve ever had a more supportive staff or group of graduates before,” Langston said.

After classes were moved online, Langston struggled. The transition contained a learning curve for her. Having only taken a couple of online classes before she was not as familiar with the process as some of her peers.

“Dr. Thacker, my professor, made the whole transition super easy and gave us all the confidence and made it happen for all of us,” Langston said. “It ended up being my best semester ever. Grade-wise, achievement-wise, it was just an all-around great semester.”

But, like McKee, Langston was also disappointed by the loss of graduation.

“It was honestly really heartbreaking not just for me, but for my parents to not get to see their only child graduate,” Langston said.

Her parents were able to view the virtual commencement, and that, she said, was enough for them.

As for Langston, who graduated with a Bachelor of Science in Sports and Exercise Science, she was lucky enough to get a job offer and will begin working as an Assistant Soccer Coach at MacArthur High School this fall. As for her academic future, it’s on hold for the moment, but she does plan on graduate school eventually.

“I do want to go back and get my master’s degree,” Langston said. “But first I need to take a little break.