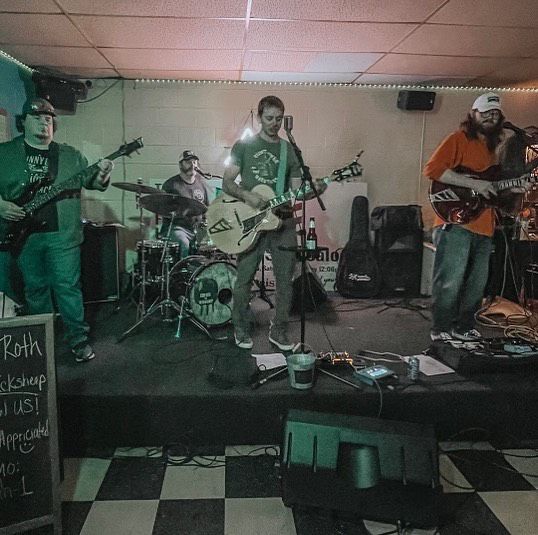 Returned to the stage just in time for spring, Cade Roth & The Black Sheep are ready to bring their singular sound of soul rock to the masses. 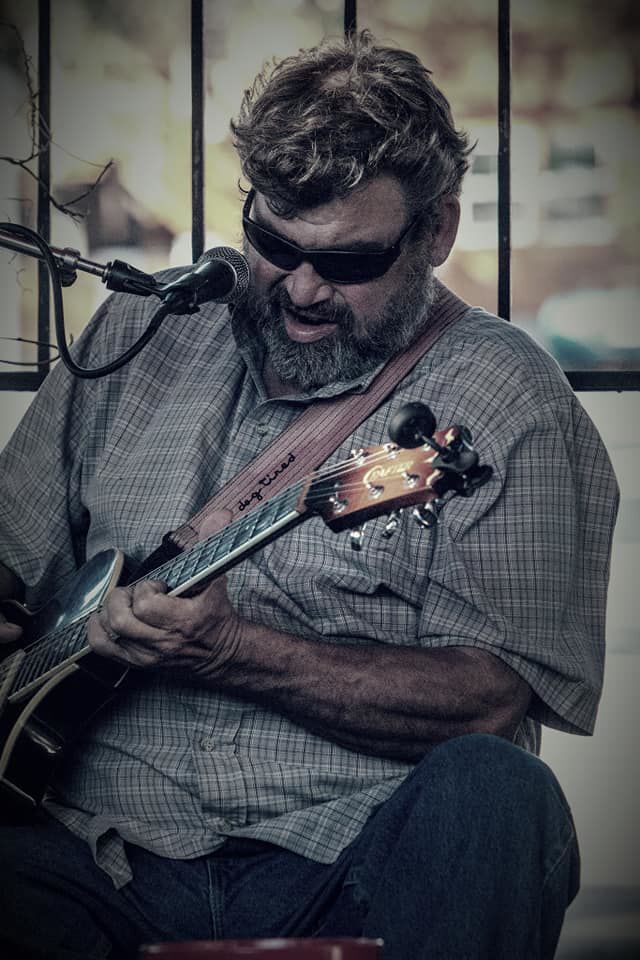 From his seat on the deck under the shade outside the Riverside Cafe in Medicine Park, Big Pete Piehnik returns to his residency from 2 to 5 p.m. Saturday and most of Sunday. 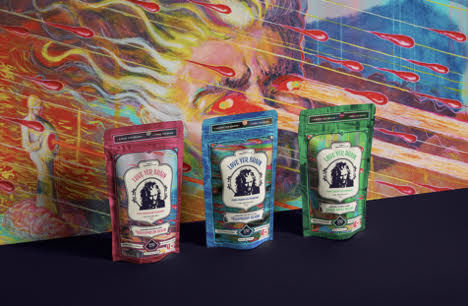 The art and packaging for “Love Yer Brain” THC-infused gummies, along with the psychically explorative inspiration comes from Wayne Coyne, front man for The Flaming Lips.

Returned to the stage just in time for spring, Cade Roth & The Black Sheep are ready to bring their singular sound of soul rock to the masses.

From his seat on the deck under the shade outside the Riverside Cafe in Medicine Park, Big Pete Piehnik returns to his residency from 2 to 5 p.m. Saturday and most of Sunday.

The art and packaging for “Love Yer Brain” THC-infused gummies, along with the psychically explorative inspiration comes from Wayne Coyne, front man for The Flaming Lips.

One of the column’s favorites are “baaaack” in action.

That’s right, Cade Roth & The Black Sheep have just released a new single and are back to hitting the stages. Spring is in the air after a year of pandemic and it’s a prime time to play live, according to Roth. With his bandmates, Brad “Red” Wolf and “Flyin’” Bryan Foster sharing guitar and bass duties and Ryan Joyce handling the drumwork, he’s part of one of the tightest rock/red dirt ensembles around

March brought the return of the band’s first full-lineup show at the Iron Horse Pub in Wichita Falls, Texas. It brought sweet relief, according to Roth. It set what’s hoped to be a great year in motion.

“Now we are starting to get booked up for this summer which is nice after having such a slow year last year due to COVID,” he said. “We have some great shows coming up.”

From an acoustic show at Koechendorfer Brewing Company Duncan on Saturday, to full-band affairs Sunday at Mill Street Tavern in Ardmore and on May 14 in Pocasset, there’s a lot on the way, Roth said. A May 15 livestream benefit show sets up for the big weekend to end May.

“Memorial Day Weekend will be a big one,” he said. “Roots Ball in the Park and Sunset Cove Marina at Fort Cobb Lake.”

Roth and company took the slowdown of the last year to ramp up and expand their sound. From the band’s debut EP that exploded with rock and roll sensibilities by way of Southwest Oklahoma, 2019’s “74th Street Sessions” album brought a more intimate edge to Roth’s songwriting and the band’s presentation of the music.

While working on new material, Roth said it’s vastly different from their past catalog. Yet, in the end, it somehow feels right at home with this band. With about half an album done, the plan is to release a few singles before putting out the album, “just to try to get the most out of every song,” he said.

“The new album is a lot different from our past stuff,” he said. “I’m not sure what genre to call it. It’s definitely different. I guess soul rock might be the best description.”

With the debut single, “Memphis,” it lives up to the new genre title. Smooth as Southern Comfort, its a great entry to a new level for this ensemble. Roth said there will be some more soulful stuff, a ballad and “a couple of fun and funky songs.”

Check it out for yourself. Visit the online edition at swoknews.com and click on the link: https://youtu.be/aAWZfb1HZi8.

The sound found in “Memphis” represents where the singer/songwriter’s mind is these days.

“With ‘Memphis’ we wanted to have that old school soul sound,” he said. “There are several newer bands with that retro feel that I really dig that influenced it.”

Roth listed The Teskey Brothers, Foy Vance, Anderson East, Marcus King and Leon Bridges as a source of inspiration. This means there “lots of harmonies,” he said. He credits his bandmates and singer Chloe Beth with hitting those smooth harmonies that lifts the music to new heights.

Dwight Hamlin at Classen Recorders produced “Memphis,” as well as the album. Roth said he can’t thank the producer enough for finding the meaning between the music to offer the best presentation.

But while the recording studio continues to beckon, Roth said the band will be honing its songs and sound before audiences wherever they can.

“We are happy to be playing again and hope to keep putting our music out,” he said, “and hopefully people will like it.”

You can keep up with the bustling calendar for Cade Roth & The Black Sheep via the band’s website: https://www.caderothandtheblacksheep.com/ or via any social media platforms.

You can add the song to your Spotify playlist: https://open.spotify.com/track/0faoMJ74Tn2M201iKY5rR0?si=eMFydmUvQLSDM2ILh4ZSOg

Following the chilly start to this week, the weather appears to be “springing” back just in time for a great weekend’s music in Medicine Park. You can tell it’s happening when you open your ears to arrive to the cobblestone community.

From 2 to 5 p.m. Saturday and most of Sundays from the porch outside the Riverside Cafe, Big Pete Piehnik will return to his throne under a nice shade to pick out and croon your favorite tunes from the great American (and sometimes British) songbook.

Further down Cobblestone Corner at Small Mountain Street Tacos to kick off its Live from the Drunken Goose Stage will be the 6 p.m. Saturday return of the Brothers DuPree. The music is guaranteed to be at least as good if not better than the promised beer specials.

There are just some things you do when you visit Medicine Park. Catching live music when it’s happening is top of the list.

Taking a cue from one of the greatest almost-lost Flaming Lips songs of the 1980s, band frontman Wayne Coyne is stepping into weed culture his new line of brain-shaped gummy edibles, called “Love Yer Brain.” His stock is availableat all eight Fire Leaf retail locations in Oklahoma City.

“Love Yer Brain,” which was named after the song of the same name from The Flaming Lips 1987 album, “Oh My Gawd,” is being launched exclusively in the Oklahoma market with THC-infused gummies.

“Love Yer Brain” is a collaboration between Wayne Coyne, Ojos Del Mundo and Sands Lane Ventures. Coyne is the creative director for the brand and showcases his artistic passion to drive all aspects of the design direction, tone and voice for the brand.

The gummy line launched Tuesday night with The Flaming Lips’ 4/20 bubble concert where they performed the critically acclaimed 2020 concept album (one of the column’s best of the past year), American Head, in its entirety for the first time, to a sold out crowd, at The Criterion in Oklahoma City.

Why not take a moment to revisit the song to kick all this into gear: https://youtu.be/B1PW8FsTRmA.

Last Tuesday’s 4/20 stoner holiday offered a couple of cool songs that fit the day as well as anything I heard on a slew of “very special” playlists on satellite radio that day. I’d call them perfect ”Songs for the Sequestration.”

First, a nugget from Amy Winehouse I’d overlooked led to a pleasant surprise. Check out ”Addicted.” It could be an anthem of sorts: https://youtu.be/cJITJRgNv9w.

Although there are probably a million covers, none come close to the original version of the stoner anthem ”Sweet Leaf” by Black Sabbath. What else can you say? This original still burns smooth and will get you there: https://youtu.be/W-zmtmgswHw.