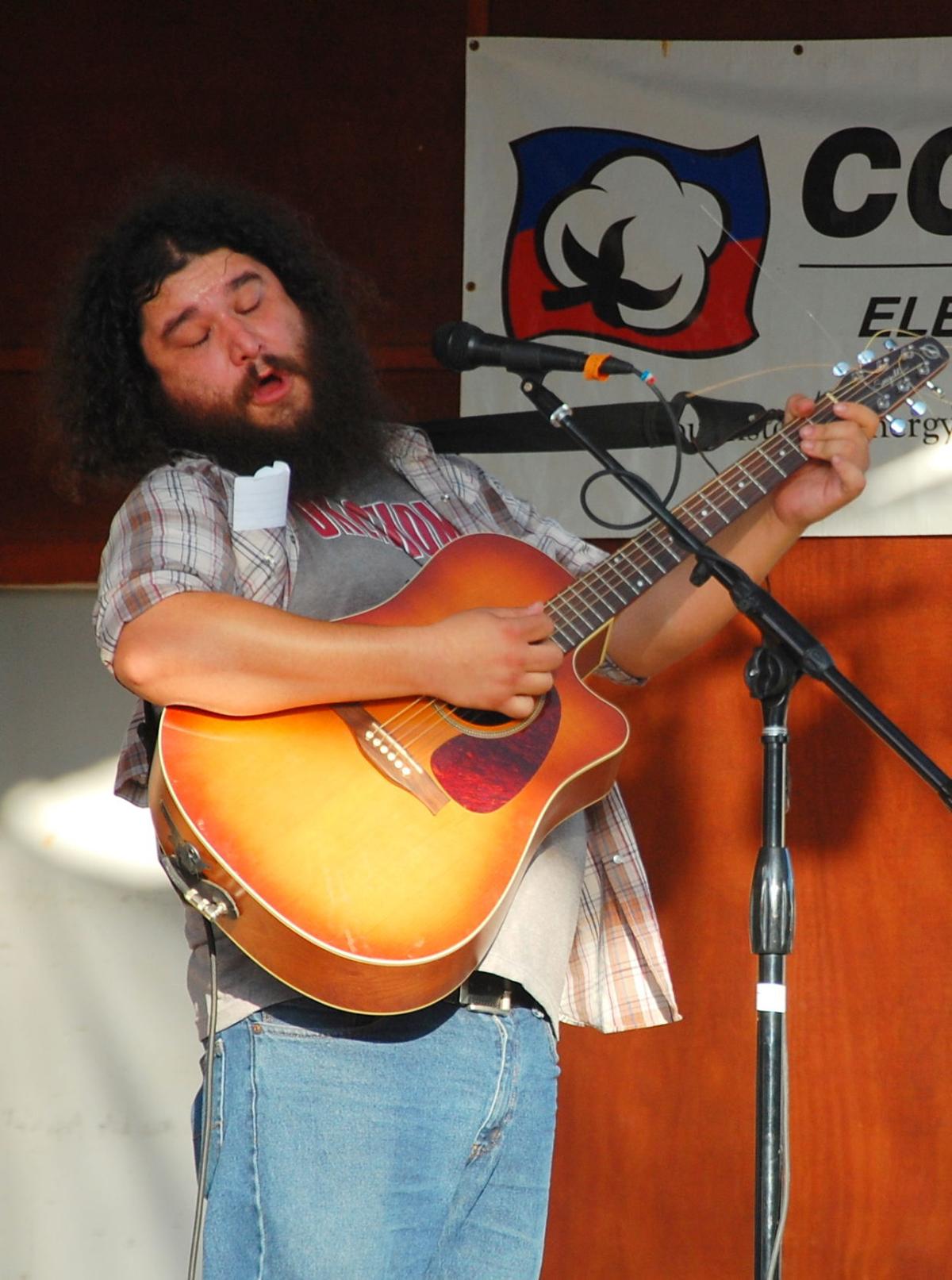 Caleb McGee returns with a full band for a 7 p.m. set Sunday night at the Medicine Park Blues Ball. 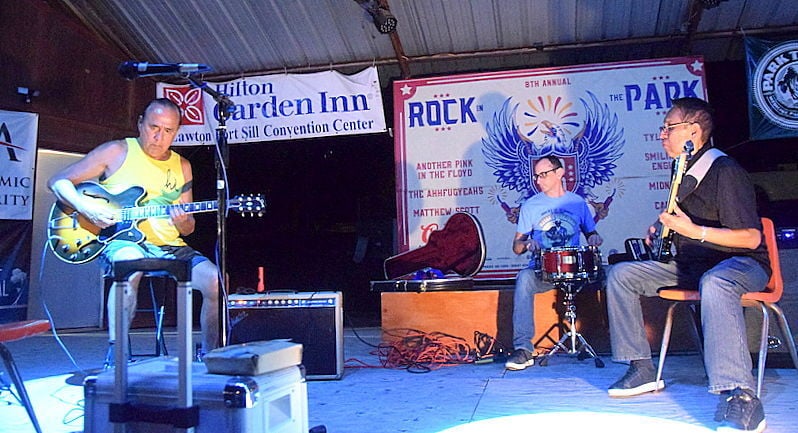 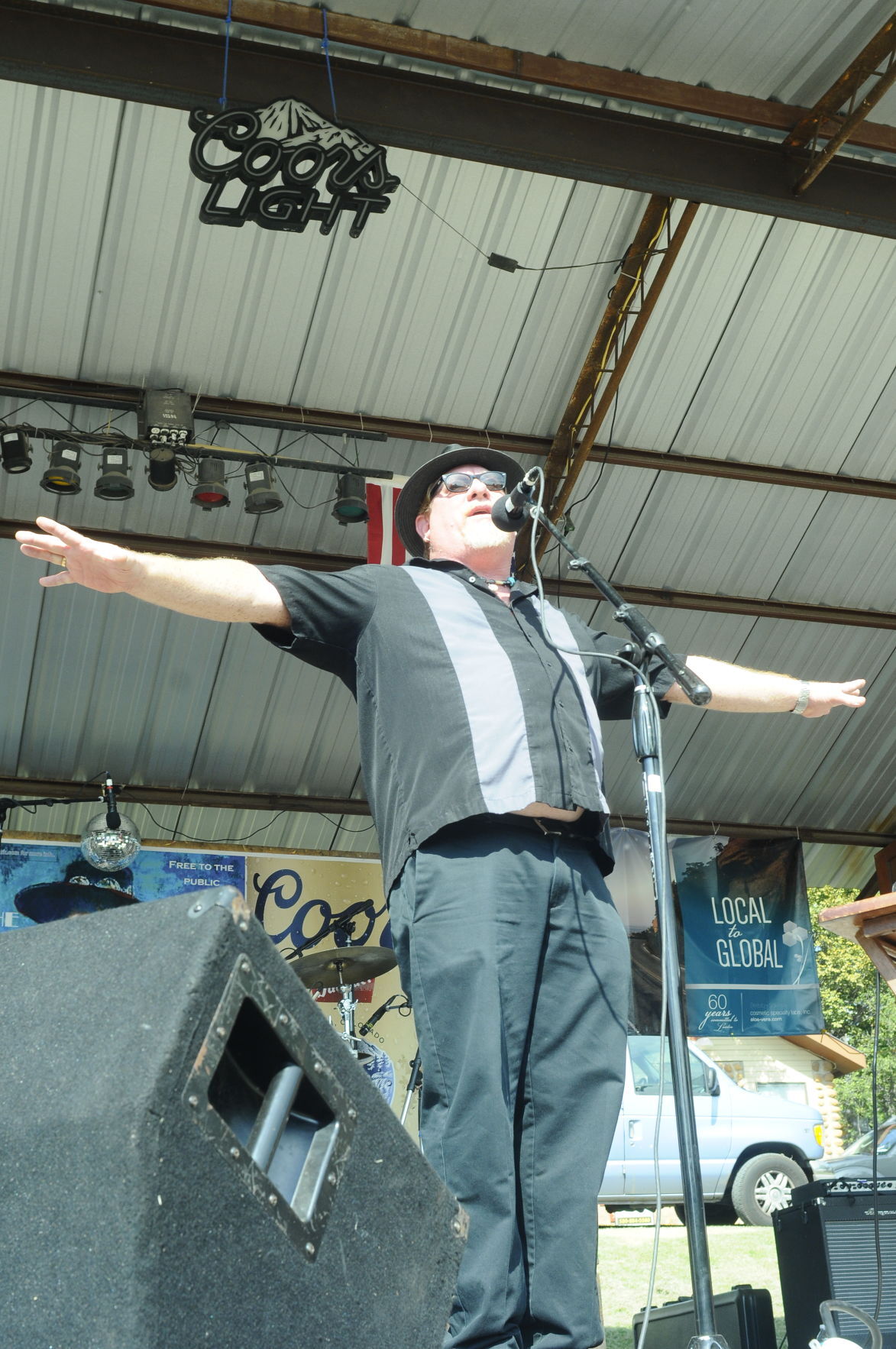 Eric “Dirty Red” McDaniel and his bandmates in the Soul Shakers return to headline Saturday night at the Medicine Park Blues Ball.

Caleb McGee returns with a full band for a 7 p.m. set Sunday night at the Medicine Park Blues Ball.

Eric “Dirty Red” McDaniel and his bandmates in the Soul Shakers return to headline Saturday night at the Medicine Park Blues Ball.

This weekend, the eastern ridge of the Wichita Mountains will be exploding with music.

With it being Labor Day weekend, it marks the return for the 14th Annual Medicine Park Blues Ball. With a three-day heavyweight lineup that kicks off tonight, there’s a lot in store, according to Rodney Whaley, event coordinator.

“We’re doing it full force,” he said. “It’s going to be non-stop entertainment from start to finish.”

Whaley was joined by the Cecil Gray Native Blues Band — Cecil Gray, vocals/guitars; Pat Tointigh, bass/vocals; Carlos Curet, drums — for an impromptu soft kick-off to festivities as Steve-O and the columnist taped this week’s edition of the column’s radio show. That’s some legendary talent right there

Gray began playing professionally around 1986 and the first incarnation of his band hit the stage around 1990. In the years since, his band won the 2004 Native American Blues Award and has been nominated to the Oklahoma Blues Hall of Fame. You’ll experience why they’re the real deal with their 5 p.m. set Saturday.

“Throughout the years we’ve had different members,” Gray said. “This group really started in 2013 when Pat started with us … Carlos came in and he hasn’t left.”

Curet knows his way around the Medicine Park Main Stage for the Blues Ball. He’s performed at all but the first edition. One of his other bands, Blueprint, is taking this year’s festival off. He said he was more than happy to return with Gray and Tointigh. He just likes to beat things rhythmically with an audience.

And that audience for the Blues Ball is everything, according to Whaley. Any rooms to rent have been long-booked, he said. This is an annual affair that brings out the best in its performers and audience. That’s what helps make it the longest running and most attended festival in Medicine Park’s history and has helped it garner national attention. It’s family friendly and free to attend but there are plenty of great things to blow some money on, from food, drinks and local wares to this year’s blue on blue t-shirts designed by Anthony Fontaine. They are dynamite.

“It’s a very dedicated crowd,” Whaley said. “It just keeps getting bigger every year. It takes the people to make it happen.”

Kicking off Friday night with a local legend as the headliner, Big Mike Griffin, there’s local flavor throughout the weekend lineup.

Gray and company are from Southwest Oklahoma and Sunday night’s 7 p.m. act is the return of the great Caleb McGee. After shuttering things down on stage for the summer due to COVID-19 concerns, he said he’s anxious for this first outing with a full band.

COVID-19 concerns remain for the festival but Whaley said so far this year, audiences have been great about respecting personal space and those wearing masks. He hopes cool comfortable weather this weekend will inspire cool and collected fans to filter through and enjoy the show.

A Lawton native and veteran of many Blues Balls, Eric “Dirty Red” McDaniel & The Soul Shakers will be capping off Saturday night’s concerts at 9 p.m. A fan favorite, Whaley said “Ol’ Dirty Red” has earned it.

McDaniel’s also earning his way to some big time exposure with a new project to follow in October.

McDaniel offered a tip to the columnist last week.

So, I did. Perry is a legendary Los Angeles guitarist who has toured with Michael Schenker Group, Lita Ford, David Lee Roth, Cher and SWEET. Rojas is a bassist extraordinaire who played bass on David Bowie’s “China Girl,” “Modern Love” and “Blue Jean” and has toured and recorded with Julian Lennon, Rod Stewart, Tina Turner, Eric Clapton, B.B. King and so many others it’s insane. Bergman has an equally insane resume, touring and recording with everyone from Billy Idol and Chaka Khan, to B.B. King, Sammy Hagar, Herb Alpert and De La Soul to name a few.

“I’m flying to Los Angeles on Oct. 3, on Oct. 5, I’m recording with these guys,” McDaniel said. “We are recording four tunes so far, one is for the Cain’s Ballroom picture, all are for national release.”

Of course the Medicine Park Blues Ball wouldn’t be true blue if the great Chant DuPlantier didn’t close out festivities.

Here’s the official line-up for the weekend:

Whaley said that in-between bands will be some fun and interactive entertainers that more than fill the void: they live up to the term “entertainers.” Magic the Magician, Kowboy Kel the trick roper and comedian Corey Mack, who will also co-host with Whaley.

“This is to engage the audience and keep the entertainment going,” he said.

You can keep up with any breaking information about the event via the Medicine Park Events page on Facebook through the weekend.

If all this isn’t enough for you, the 2nd Annual Cashroh Kegger returns at 2 p.m. Sunday for a free, all-ages show at Robinson’s Landing, 1-31 Lake Drive. Presented by Silver Leaf Dispensary and Farmer Phil Good, it’s going to be a feel good kinda show.

This week’s selection for the Songs from the Sequestration is something unusual but as soul stirring as it gets, Zeal & Ardor. Taking a cue from the spirituals of the cotton fields, stirring in the blues and flipping it sideways with lyrics more apt for a Norwegian Black Metal album, this band will floor you: “Devil Is Fine” — https://youtu.be/jlGBer0VoF8.

Thanks for this gem, Justin Williamson. There is nothing else like this around these days.

This week’s edition of Today’s Best Soundemonium! with Steve Carr, a.k.a. Steve-O, and the columnist went mobile for episode No. 194 with Rodney Whaley and the Cecil Gray Native Blues Band. It was a good time with some great jams.

Jokey was subbed for by Whaley to present this week’s saucy joke set-up:

#Sundaymonium — Remember that every Sunday night you can listen to a rebroadcast of the prior week’s show followed by this latest show: 6 p.m., Artist Showcase Series: Jared Rosin & The Shuffle; 6:30 p.m., Medicine Park Blues Ball Kickoff.