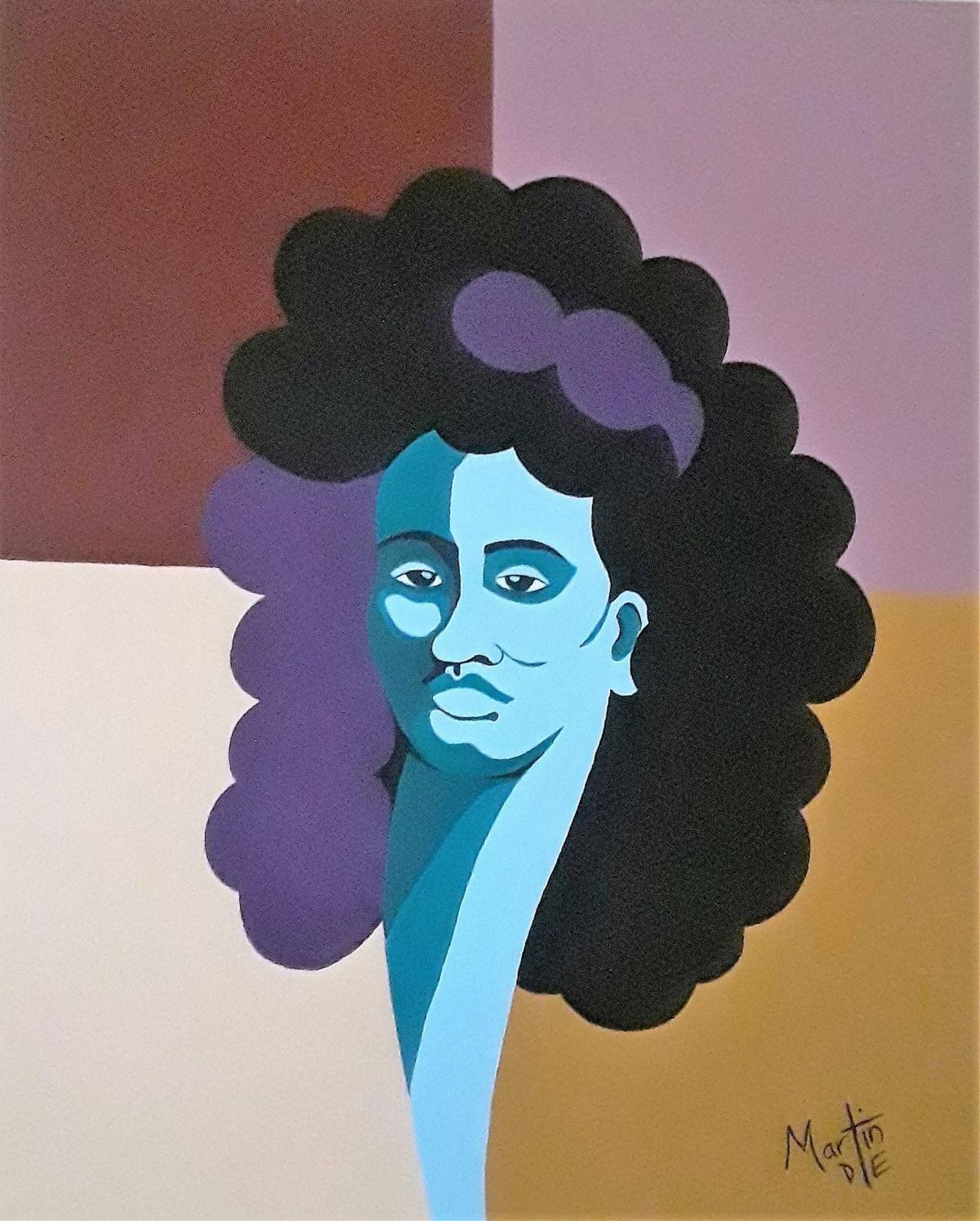 Debra Martin’s painting “The Bluest Black Chic,” can be viewed at the Leslie Powell Gallery’s exhibit “We Are Not Satisfied.” 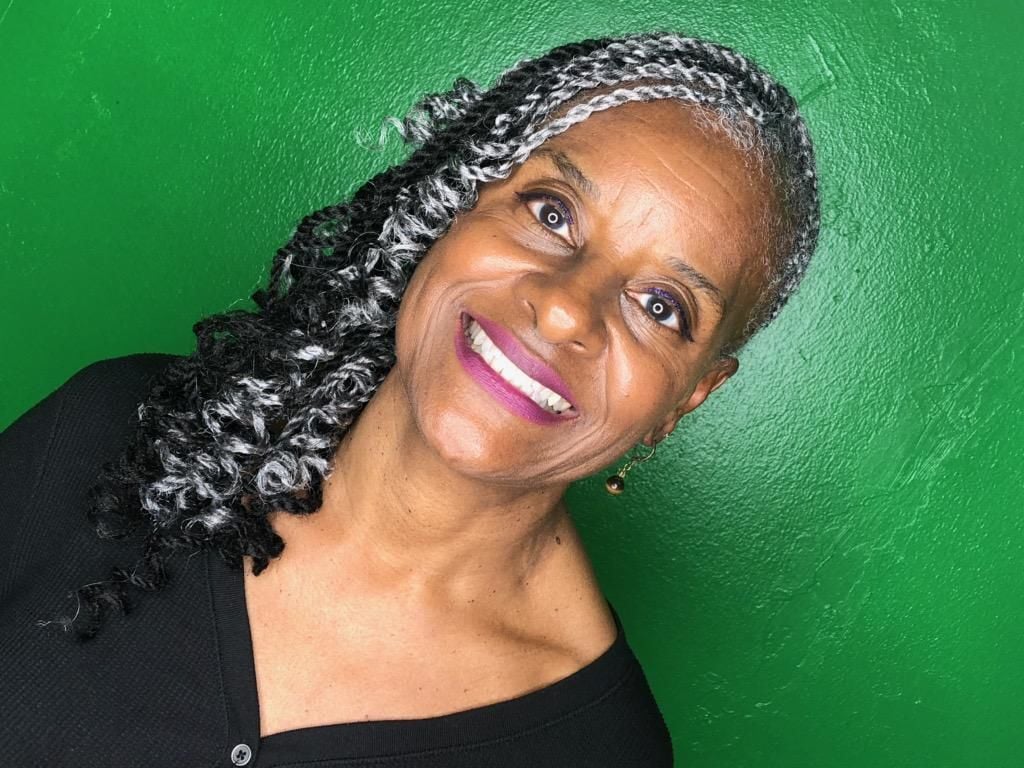 For Debra Martin, art began as therapy. A self-professed military brat—born in Los Angeles but raised in Oklahoma—Martin was an only child whose parent’s military lifestyle made it difficult to make sustainable friendships.

“That’s when I got interested in art,” Martin said. “I started doodling and making pictures, trying to keep myself occupied. It helped with the loneliness from those constant moves.”

But art wasn’t a long reach for Martin, her mother was a self-made artist.

“My mom, she took some classes that you could get through the mail back in the 60s…she did that for a while because she was a military wife who stayed home with me,” Martin said.

Martin followed in her mother’s footsteps and enrolled in art classes once she got to college. Though she took 30 hours of art, she ended up finishing her bachelors and masters degrees in human resources.

It was one of her art teachers, ironically, that ended up convincing her not to pursue art on the professional level at the time.

“He told me that I’d have to move to a metropolitan city in order to be successful because, in the mid-70s, Black art was not appreciated in Oklahoma,” Martin said. “So that was one of the reasons I changed my degree focus.”

Eventually Martin returned to art and since then she has had success as an artist in Oklahoma, serving as a member of the Oklahoma Visual Arts Council (OVAC) and participating in art shows across the state.

It was through OVAC that Martin learned about the Leslie Powell Gallery’s “We Are Not Satisfied,” a visual protest in support of the Black Lives Matter movement.

“The purpose of this exhibition is to give artists of color the opportunity to speak out about the climate of oppression and inequality that pervades life in our society from their point of view,” Matthew Hughes, executive director and curator of the Leslie Powell Gallery, said.

As a child of the 60s, Martin was all too familiar with protest. She saw in her concerns about culture and society in 2020 many of the same concerns that were addressed in the 1960s.

“These issues just aren’t being resolved. We just slap a Band-Aid on them, and people go on acting like there is nothing to worry about,” Martin said. “Until we can really address them and look at them uncomfortably, because it is uncomfortable for everyone, until we do that we are not going to move forward as a nation.”

For her submission to the visual protest, Martin was inspired by the works of Pablo Picasso and Henri Matisse. She titled it “The Bluest Black Chic,” a work created in the abstract expressionist style.

“I am a Black mother of a young Black man, all of the brutality and policing that has been exhibited against Black men really worries me. It scares me to death that my son might not be able to fulfill his dreams and aspirations. It affects me very, very deeply,” Martin said. “I thought about how melancholy and sad Black mothers have been for centuries, watching their Black sons being ostracized, hung and killed. I created the painting out of (those feelings).”

Martin considers herself, ultimately, an optimist who believes that community is important, and that “we have to hold our community to the highest standards.”

“I think it is important that art is being used to record historical events,” Martin said. “That it displays the emotions attached to those events that are being played out.”