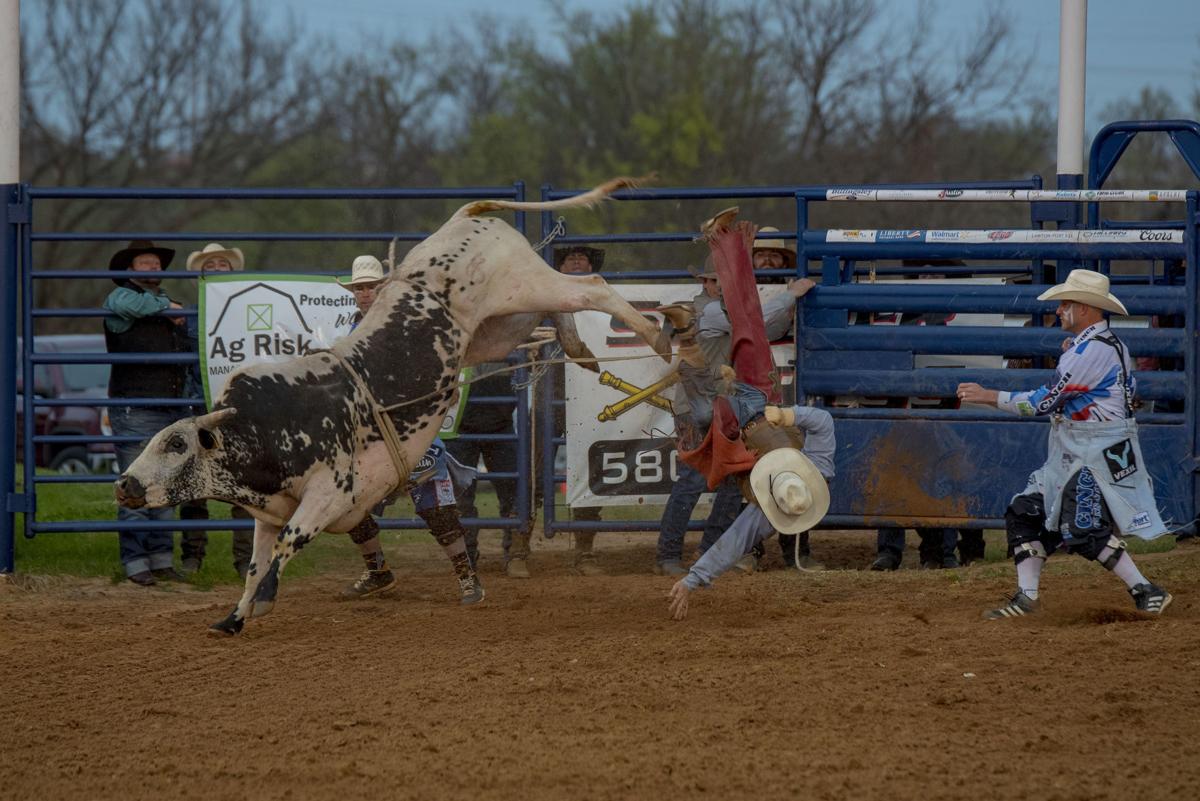 Cory Atwell was no match for his bull during Friday night's run at the Xtreme Bulls event at LO Ranch Arena. 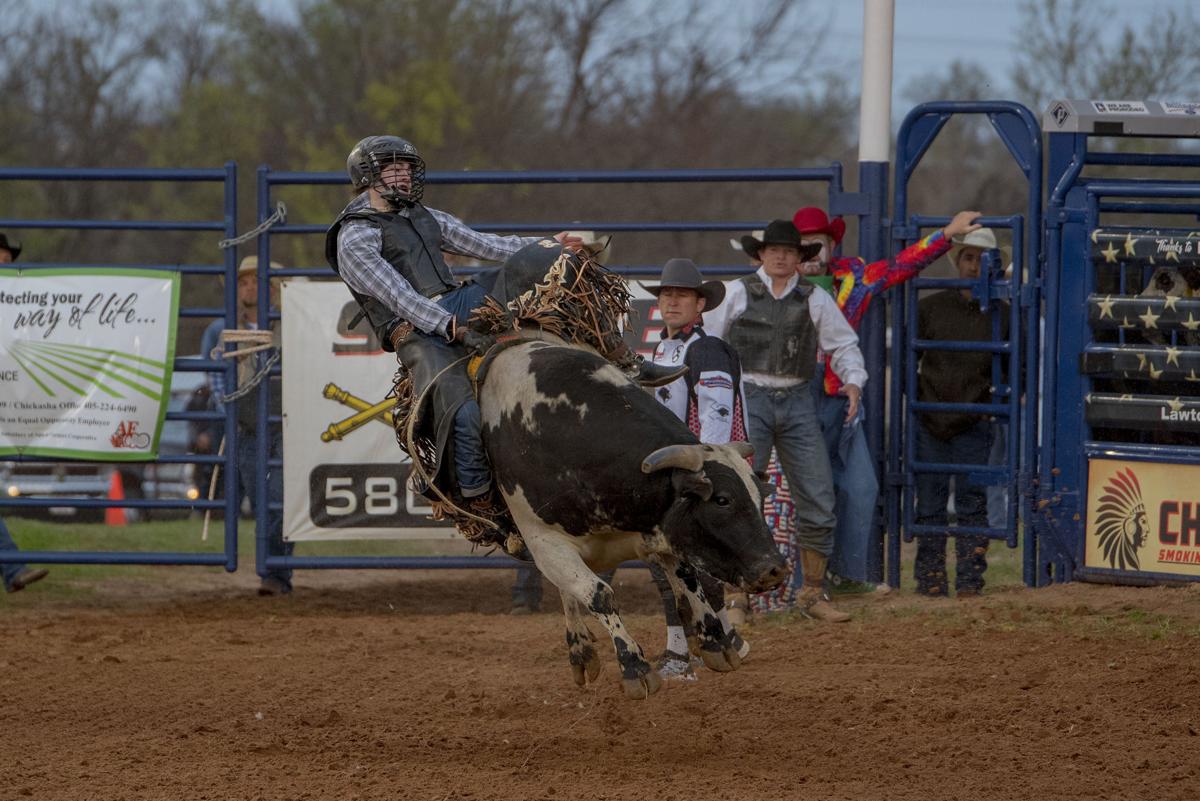 Riley Thompson was one of the few riders who held on for very long at Friday's Xtreme Bulls event.

Cory Atwell was no match for his bull during Friday night's run at the Xtreme Bulls event at LO Ranch Arena.

Riley Thompson was one of the few riders who held on for very long at Friday's Xtreme Bulls event.

As rank as the bulls were Friday night during the first performance of the Liberty National Bank Xtreme Bulls event, it took a four-time world champion like J.W. Harris to finally make a qualified ride to surge into the lead of the two-day event at the LO Ranch Arena.

Once again, the bulls from Frontier Rodeo Company and “Mo” Betta Rodeo Company of Apache were close to total domination as there were just seven qualified rides out of 48 riders from across the United States.

Fifty more of the top bull riders are scheduled to compete tonight including six-time world champion Sage Kimzey who has drawn No Justice from the Frontier herd and that is expected to be a ride that any bull riding fan would want to see.

Tickets in advance are $15 and they can be purchased at Crutcher’s For the West in both Lawton and Duncan today during their normal open hours. Tickets at the gate will be $20.

Harris had drawn Bootlegger from the Frontier pen and the big black bald-faced bull gave the Texas cowboy plenty of action to account for an 88.5 to jump to the top of the standings with Roscoe Jarboe who is fresh from a solid 2020 season and a visit to the National Finals Rodeo.

However, with Kimzey and several other former NFR qualifiers or current members of the Top 15 in the world coming to Lawton Saturday, those 88.5 scores could be in serious jeopardy.

“I had never been on that bull but I had seen him several times and he did just what I expected,” Harris said. “That’s one of the bulls in the Frontier herd you want to draw because he will give you a good chance to score if you just do your job.”

Bootlegger tried to drop Harris into the well during a couple of tight spins but Harris kept perfect balance and completed the ride like the former world champ he is.

“I was glad to have this bull riding because it’s close to home and I have always enjoyed coming to the Lawton (Rangers) Rodeo,” Harris said. “Right now, I’m mostly staying close to home but because there are more rodeos coming back, that’s going to be easier. I’m going to San Angelo next and then just keep trying to make good rodeos and not travel too much until the busy summer season.”

Jarboe, who finished sixth in the world standings during the 2020 season with earnings of more than $177,000, drew Remember Me from the “Mo” Betta pen and the rank black spinner did his best to dump Jarboe but the Idaho cowboy was able to just make the buzzer and watched as the judges flashed up his 88.5 that shares the lead with Harris.

What’s interesting about the Liberty National Bank Xtreme Bulls event is that the two stock contractors that are providing the stock have totally different methods of filling the chutes. Frontier doesn’t raise its stock, but rather purchases top young bulls from the many breeders in the United States, grooms them for a time and then starts hauling them.

Tate raises his bulls in the limestone Slick Hills west of Apache, breeding his hand-picked cows to many of the best bucking bulls in his herd and other well known breeding bulls that have produced top rodeo stock over the years.

“I thought the bulls all bucked well tonight,” Tate said. “Many of these bulls haven’t been bucked much this year, so they’re ready to go and they showed that tonight.”