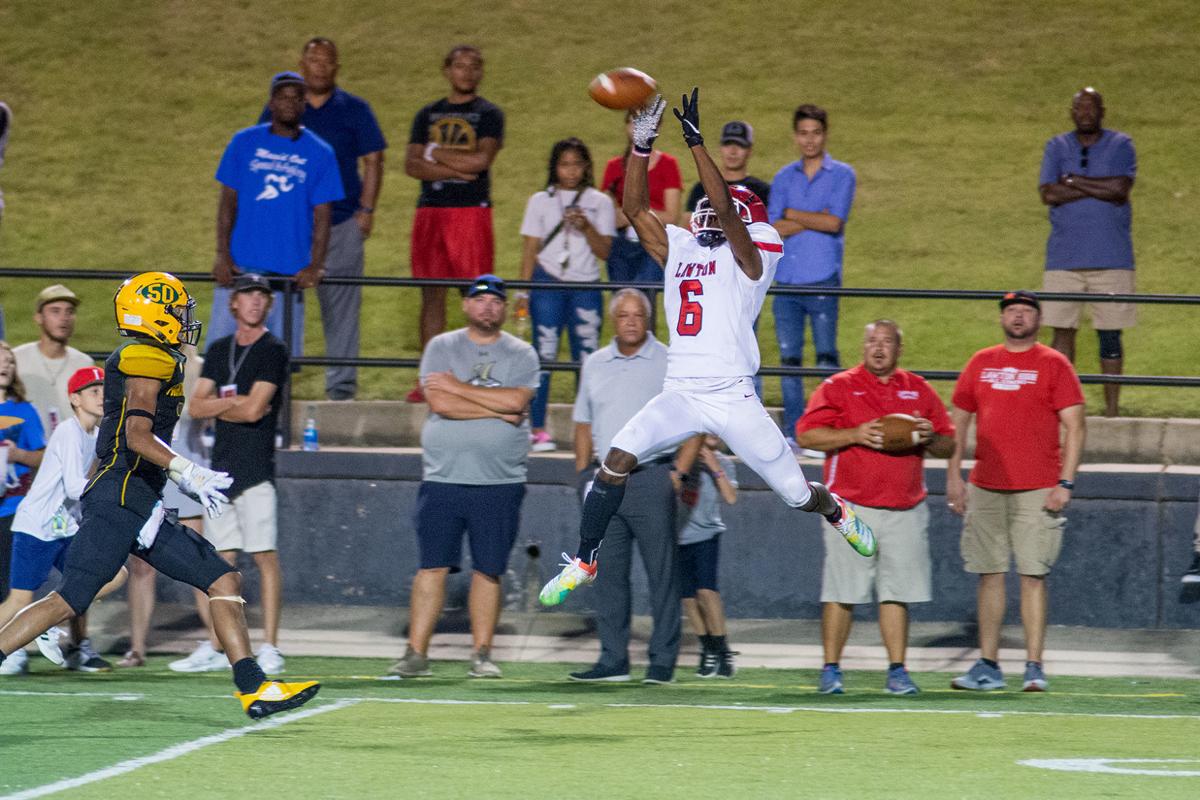 Lawton High School’s Chateau Reed, shown here snaring a ball en route to a touchdown against MacArthur this past season, signed with Baylor University on Wednesday. The wide receiver/defensive back becomes the first area player to sign a letter of intent with a “Power 5” school since 2015. 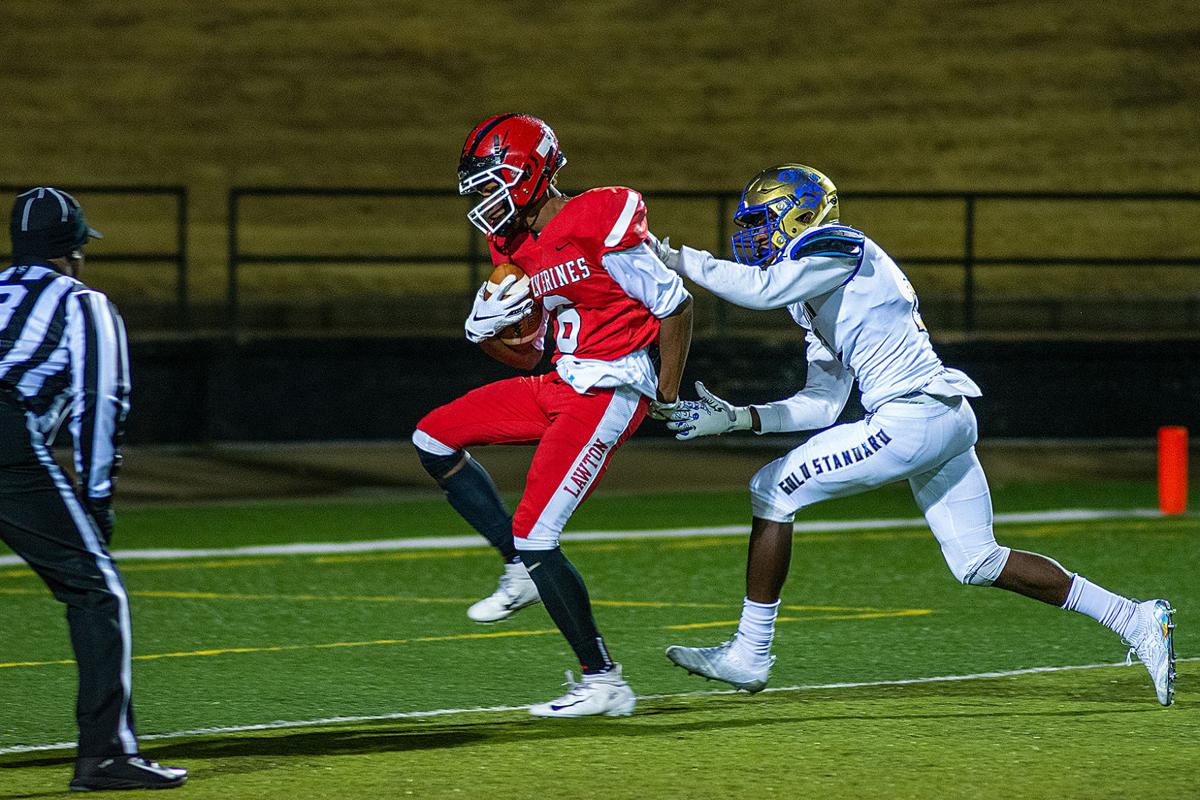 Lawton High School wide receiver Chateau Reed drags a Choctaw defender into the end zone during a Oct. 25, 2019, game at Cameron Stadium. Reed fulfilled a childhood dream on Wednesday and signed a letter of intent to play Division 1 football at Baylor University. 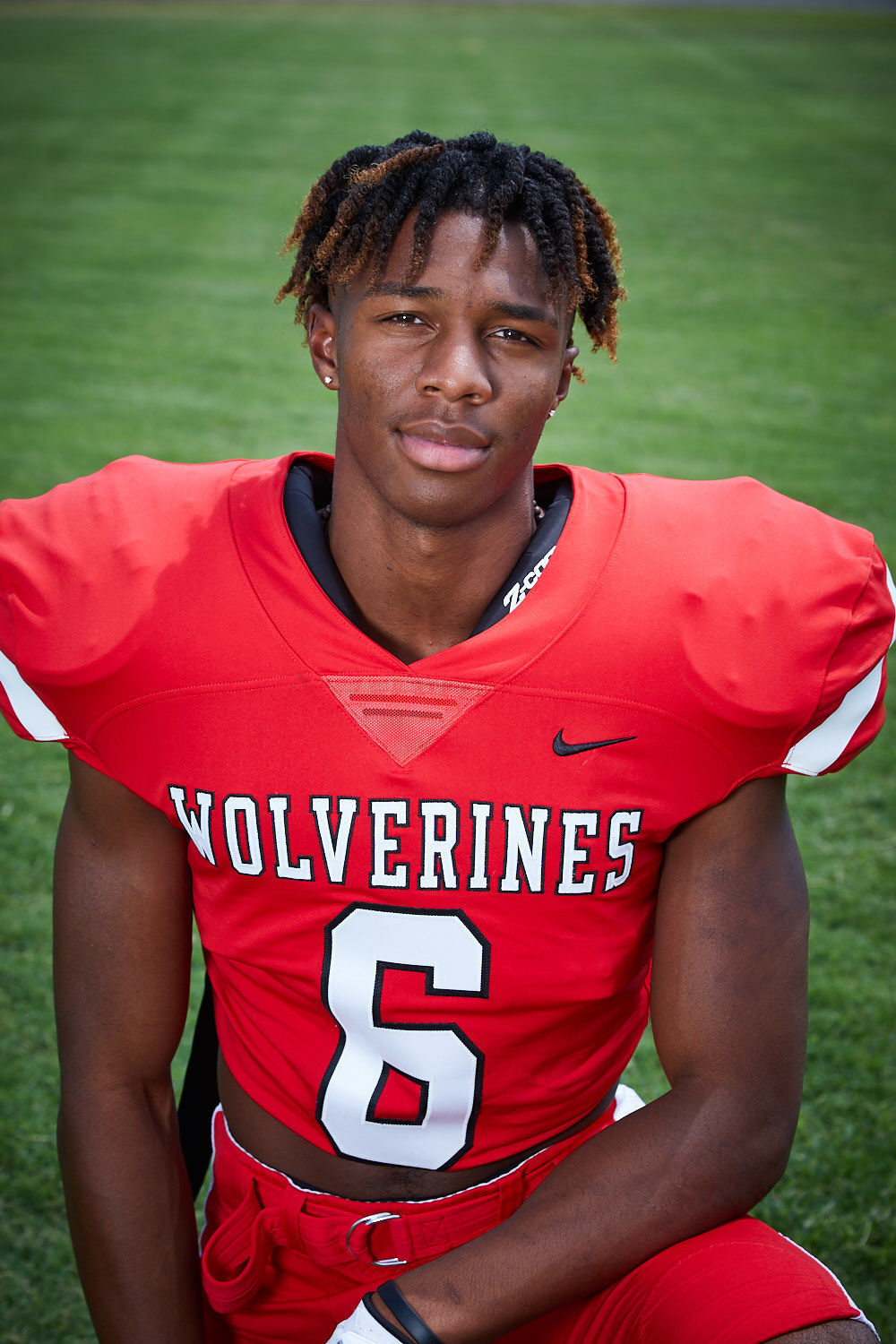 Lawton High School’s Chateau Reed, shown here snaring a ball en route to a touchdown against MacArthur this past season, signed with Baylor University on Wednesday. The wide receiver/defensive back becomes the first area player to sign a letter of intent with a “Power 5” school since 2015.

Lawton High School wide receiver Chateau Reed drags a Choctaw defender into the end zone during a Oct. 25, 2019, game at Cameron Stadium. Reed fulfilled a childhood dream on Wednesday and signed a letter of intent to play Division 1 football at Baylor University.

When they moved from Alaska to Oklahoma in 2018, Chateau Reed Jr. and his parents believed it would help the then-16-year-old get more exposure when it came to football recruiting.

“For us coming from Alaska, not really able to have scouts really get to see him in his early days...we knew he was good in football and basketball but we figured he probably had more of a future in football,” Reed’s father, Chateau Reed Sr., said. “I told him I’d go ahead and retire from the military and we’d move somewhere he’d have a better chance to get noticed.”

The move paid off in spades as Reed, after leading Lawton High in receiving as a junior, received a scholarship offer from Baylor University last summer after running a 40-yard dash in 4.5 seconds multiple times while attending a camp in Waco. The receiver/defensive back immediately committed to play for the Bears. And despite a coaching change in Waco, Reed remained steadfast in his commitment. And on Wednesday, word became deed as he signed his letter of intent to play for Baylor, becoming the first Lawton Public Schools football player to sign with a Power 5 school since 2015.

“It’s something I’ve been chasing after since I was in seventh grade,” Reed said. “So this feels great.”

While Chateau sought more exposure in leaving Alaska, he also believed freezing cold snow days would be a thing of his past. How ironic, then, that Lawton High’s signing ceremony was postponed as school was cancelled Wednesday due to nearly six inches of snow.

“Yeah, that was kind of weird. I heard it basically never snows in Oklahoma,” Reed said. “It was pretty cool, I guess.”

“He kind of got unlucky in spring ball because we had some days where we had tornado watches and a lot of scouts didn’t come,” Lawton High head coach Ryan Breeze said. “Normally, we have more coaches come down here. I really expected the offers to come pouring in for him.”

But that didn’t necessarily happen. Many coaches watched his film from his years in Alaska (and even his junior year at LHS) and saw a dominant performer but questioned the level of competition. Then he went to Waco and ran the 40 in person, on grass.

He ran it in 4.5. He ran it a second time. Then a third. Each time, the numbers on the timer were the same.

“Once he had that verified speed, that’s when I knew people were going to take notice,” Breeze said.

Chateau’s parents, Ronnicka and Chateau Sr., were both supportive of his decision to immediately commit, and for a young man seeking to play D1 football, the decision has paid off. Throughout the process, it remained Reed’s lone Division 1 offer. The decision appeared to be even more beneficial as Baylor enjoyed an incredible 2019 season under head coach Matt Rhule, making the Big 12 Championship game and the Sugar Bowl.

But a wrench got thrown in things in January when Rhule left to become the head coach of the NFL’s Carolina Panthers. His replacement was Dave Aranda, who had just gotten done winning a national championship as the defensive coordinator at LSU. Reed wasn’t sure what this meant to his scholarship, to his future position coaches.

“At first, I didn’t know what to think. Then I met with Coach Aranda and I could tell he still wanted me there,” Reed said. “You could tell he knows his stuff. He’s a great coach and great guy.”

So the deed is done, the letter signed and delivered. This summer, Reed will head to Baylor, though he said what position he’ll play is currently “up in the air”. His parents are thrilled to see their son follow his dreams, and look forward to seeing him thrive both on and off the gridiron.

“I don’t know if it’s sunk in yet,” Chateau Reed Sr., said. “I know we are very excited for him, not just for football, but education-wise, Baylor is a great school to get an education.”