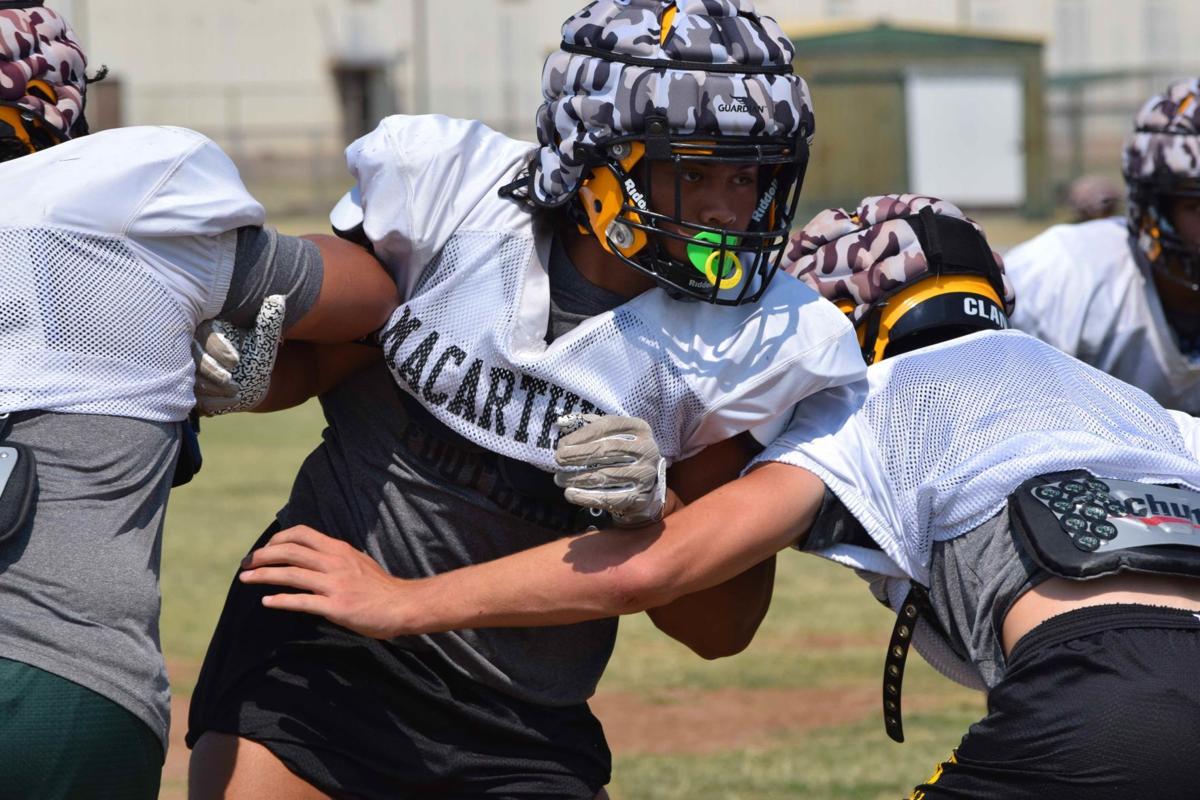 Eperone Taito fights through a double team in pursuit to block the punt during Monday afternoon’s football practice. Taito plays nose guard for the Highlanders and is a key senior contributor for the Mac defense. 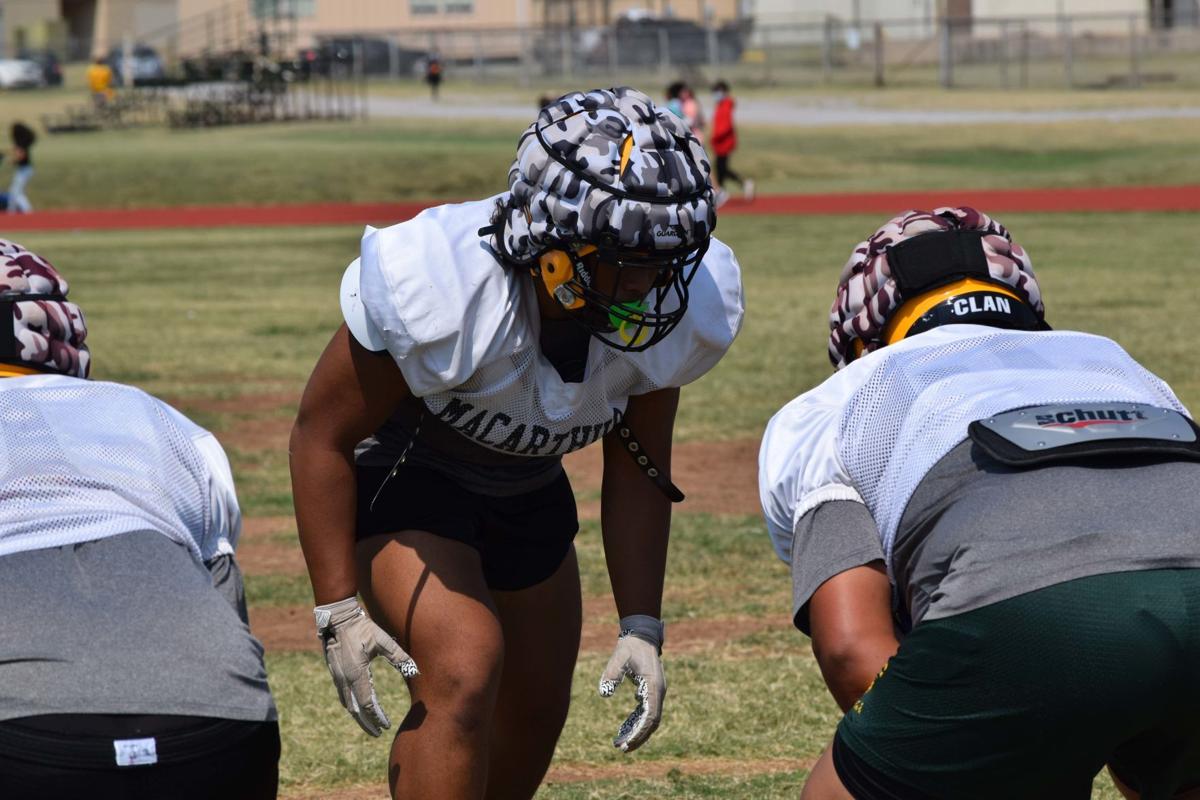 Eperone Taito lines up across the left guard, preparing to block the punt during the speical teams portion of MacArthur's Monday practice.

Eperone Taito fights through a double team in pursuit to block the punt during Monday afternoon’s football practice. Taito plays nose guard for the Highlanders and is a key senior contributor for the Mac defense.

Eperone Taito lines up across the left guard, preparing to block the punt during the speical teams portion of MacArthur's Monday practice.

MacArthur football runs in the blood for Eperone Taito.

“I have been playing football since I was in the third grade, and I have been in love with it ever since,” said Taito. “My brother was a part of the state championship team and I wanted to be a part of that. Seeing the ring for yourself makes you just want it for yourself.”

Jackson Taito, older brother of Eperone, was a part of the 2014 state championship team for the Highlanders. At just 10 years old, young Eperone got to experience high school football at its most pinnacle moment when the MacArthur Highlanders won the 2014 5A state championship over Skiatook. It is a memory that has stuck with him eight years later.

“Just being at the state title game and feeling that atmosphere was very surreal,” he said. “I’m still trying to take it in and put that into my senior year thinking, ‘you know, that can be us.’”

Taito moved to Lawton at the age of two after his father was re-stationed from Fort Lewis, Washington to Fort Sill. Young Taito lived the normal military kid lifestyle, attending Pioneer Park elementary school before moving his lifelong allegiance to MacArthur.

“I am very fortunate to be a part of this football program,” said Taito. “I grew up in it, saw my brother come to it and win their state championship. I am just trying to do the same thing for myself and my team.”

With the future still in the works for Taito, he hopes to continue to play football after high school. As for right now, Taito wants to put more respect on MacArthur football and bring it back to where it belongs, up top.

“These past few years, we have been just alright,” he said. “We just want to put our name back up there and have that pride for our school again. So far, we just take it day by day, going one week at a time.”

There is just something about the gold that Taito can not help but think about the glory the jersey brings. With it being his turn to carry the tradition, Taito follows one of the biggest themes in the Highlander football program; Protect the tradition.

“Not a lot of the guys like the gold jerseys but I seem to love them,” said Taito. “I just feel the nostalgia from it every time.”

In the Shadow of the Wichitas