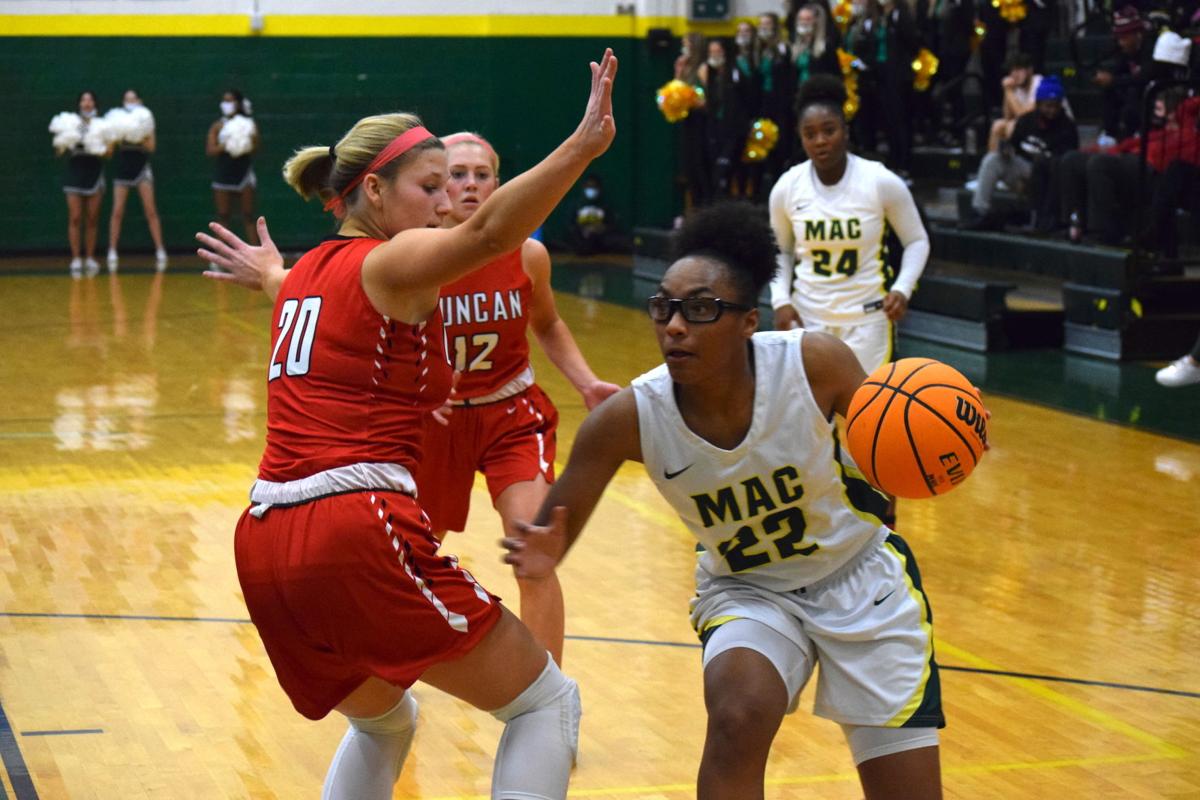 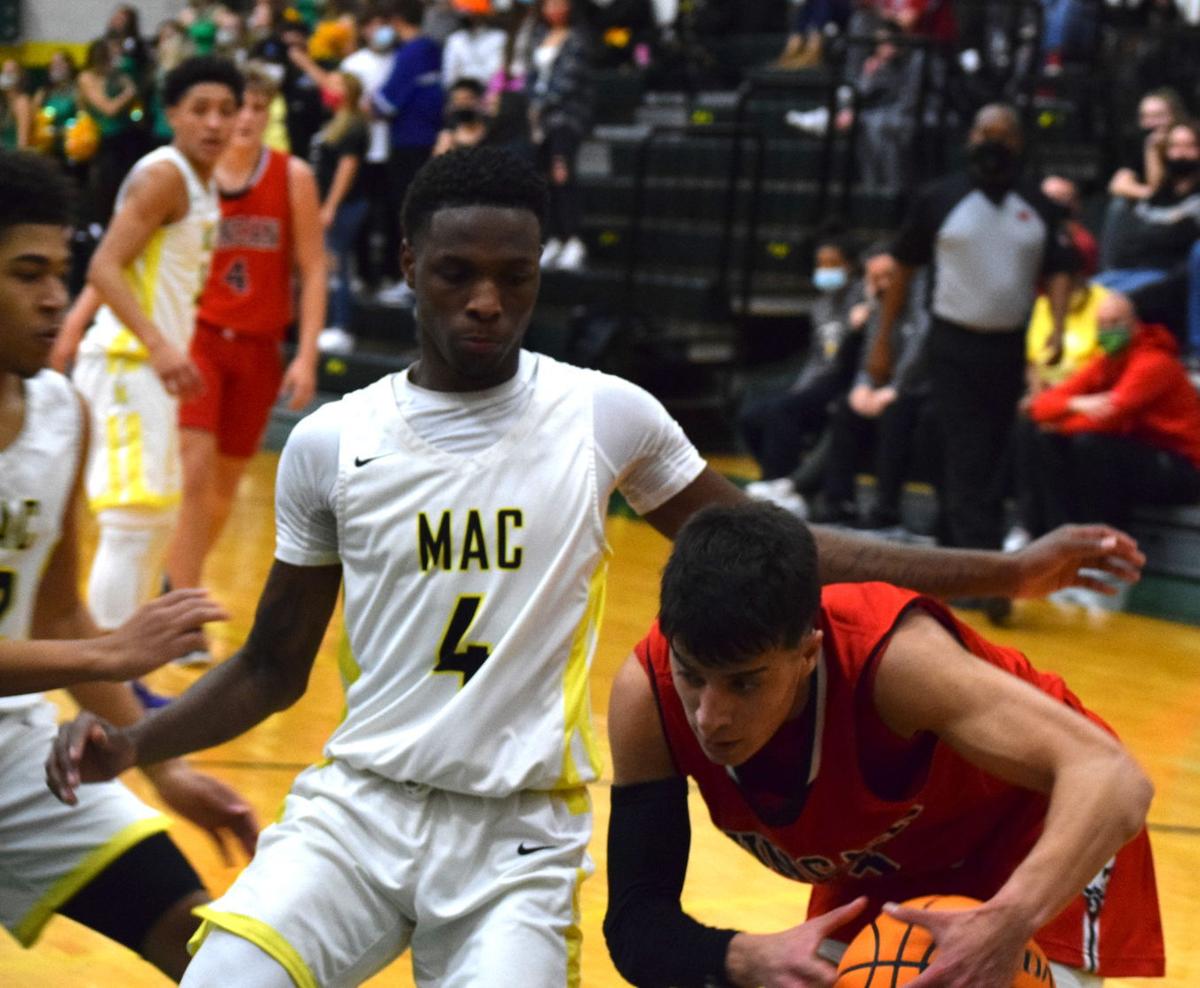 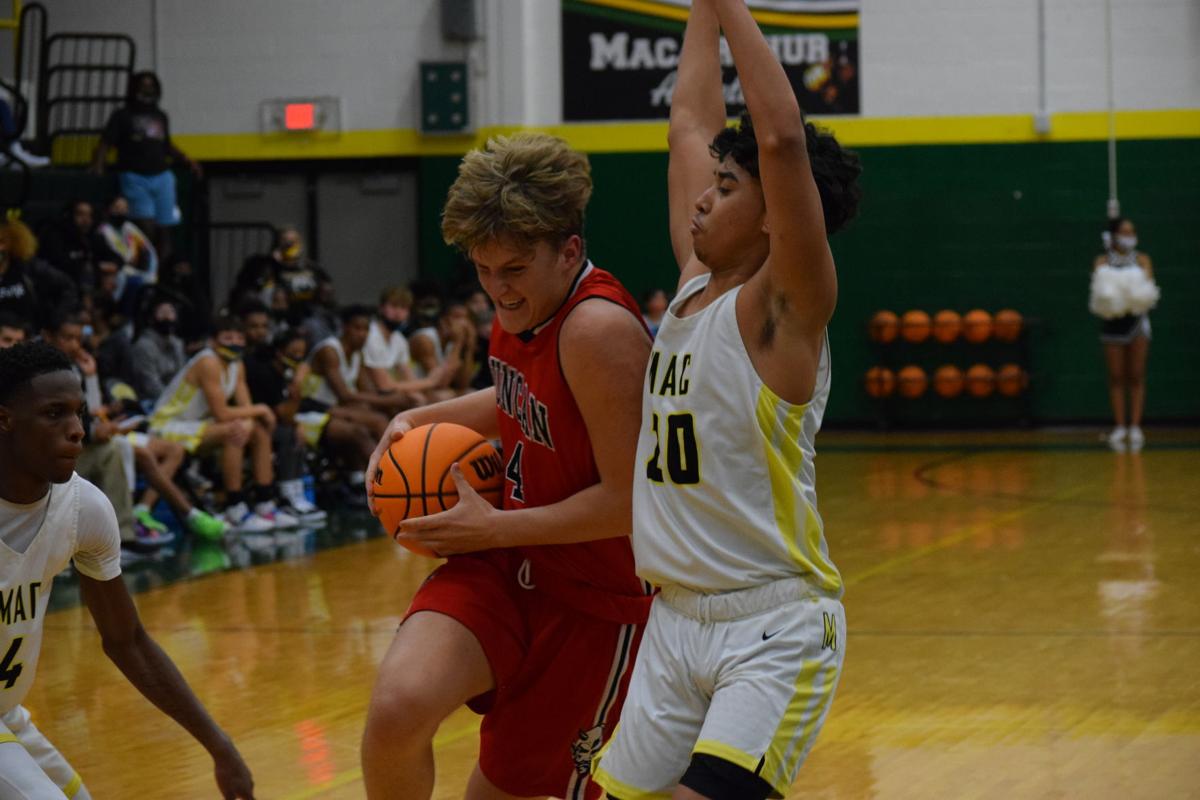 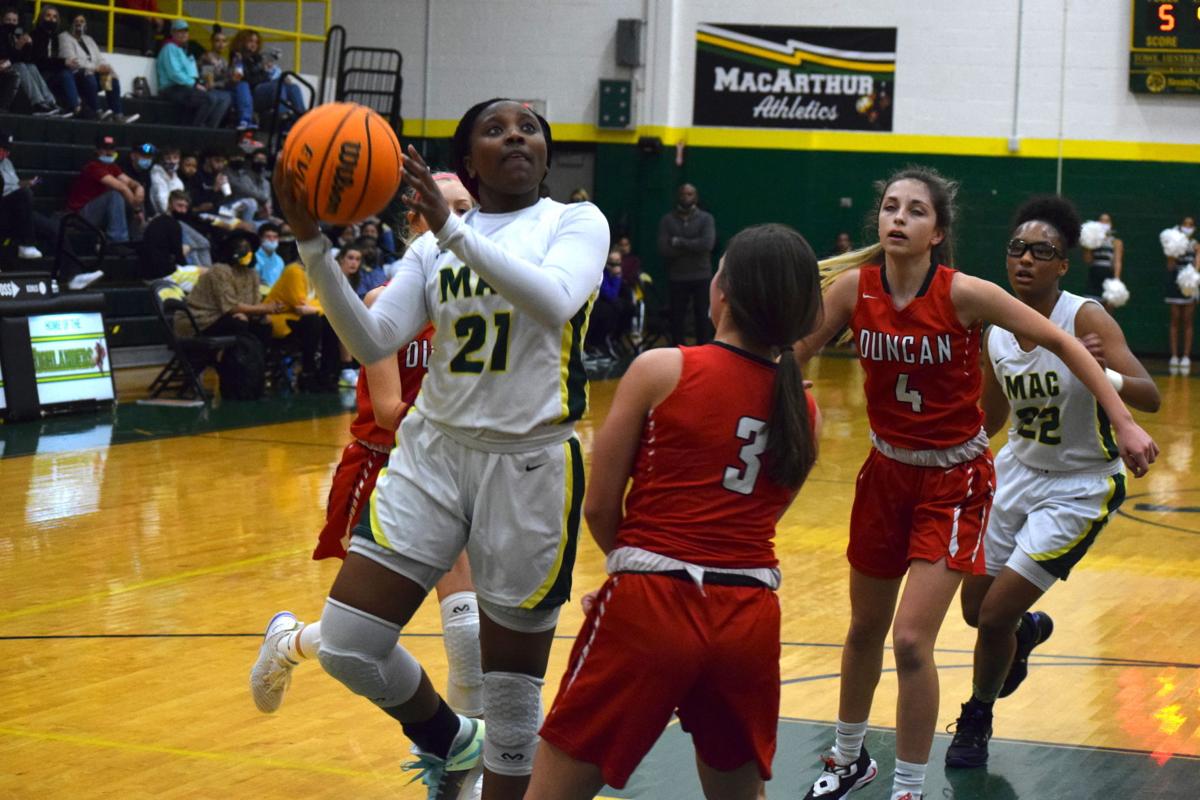 Deep in the middle of the basketball season, two long-time rivals squared off as Macarthur hosted Duncan. Mac had taken both games back in December, with the girls winning 60-29 and the boys taking home a 93-69 win in Duncan.

On Friday, Mac would again win big, doing so in front of the home crowd. The Mac girls sent Duncan home with a 62-25 loss and the MacArthur boys dispatched the Demons 88-66.

Both teams came off the blocks playing with a fiery intensity. Along with that, both schools struggled to get the ball in the basket, as points were hard to come by for the majority of the first quarter.

McKenzie Washington would get the first points of the game, giving an early momentum swing the Lady Highlanders. MacArthur would continue the scoring flare, but the Demons would keep it close with baskets from Kaylee Foster and Sydney White to end the first quarter with a Lady Highlanders 12-5 lead.

In the second quarter, both offenses began to slow down. After firing shots back and forth, the Lady Highlanders would press the issue on the Lady Demons, playing a suffocating full court press defense.

Creating turnovers and more opportunities in the process, the Lady Highlanders would begin to create some distance on Duncan. Azariah Jackson would spark a scoring streak for the Lady Highlanders with a steal and score. Washington would follow up and continue her strong first half with eleven points.

Jackson would lead the way in scoring with 17 points, with Washington scoring 16 points.

With the loss, Duncan (5-7) will look to get back on the right track as they will get ready to host the El Reno Lady Indians on Tuesday.

The Highlanders (9-4) will look to continue their winning ways as they will get ready to go downtown to take on cross-town rival, the Lawton Lady Wolverines.

Danquez Dawsey had 33 points in the teams’ previous meeting. And while he scored just 11 on Friday, the rest of the team picked up the slack.

Four other players scored in double digits, with Brandon Cowan leading the way with 17 points and Arzhonte Dallas going for 15. Earl Moseby hit three from behind the arc on his way to 13 points, while Dawsey and Marty Perry each had 11.

The first quarter showed to be a very competitive match up, as Duncan would take the early lead at 4-0. Both teams began to trade baskets for the beginning part of the first quarter, as the game stood at 8-8 for a long while.

Brandon Cowan and Dawsey would lead the way for the Highlanders, as they would take a 21-7 lead at the end of the first.

The second quarter brought much of the same, but Arzhonte Dallas would begin to find his stride to add to the Highlander lead. Even with the trio firing on all cylinders, the Demons continued to pest the Highlanders, led by the Ben Johnson, Nick Johnson and Austin Pennypacker.

The Highlanders would build up a nice lead heading into the break, as Macarthur would hold the lead a 42-23 lead.

The theme of the game continued on to the second half, as the Highlanders would continue to control the ball, and the game. The trio of Dallas, Dawsey and Cowan continued to score at will, scoring from everywhere on the court.

Ben and Nick Johnson, along with the rest of the Demons would not go down lightly though. With a gritty and hard performance from the twins, the Demons still looked alive. As the third period of play ended, Highlanders would lead 73-50 heading into the final period of play.

Leading the way in scoring for the Highlanders, Dallas and Cowan would combine a total of 30 points, as the duo would score 15 a piece. Dawsey would be closely behind with his 11 points as well. For Duncan, Ben Johnson would tally up 15 points, as Nick Johnson and Desmond Pettit would quietly have their own 11-point outings.

With the loss, the Demons (5-8) will now get ready to host the El Reno Indians on Tuesday as they will look to get back in the win column after the girls game is completed.

For the Highlanders (11-2), the stakes could not be higher as the team will take on the Lawton Wolverines in a cross-town rivalry matchup that will be a treat to see.