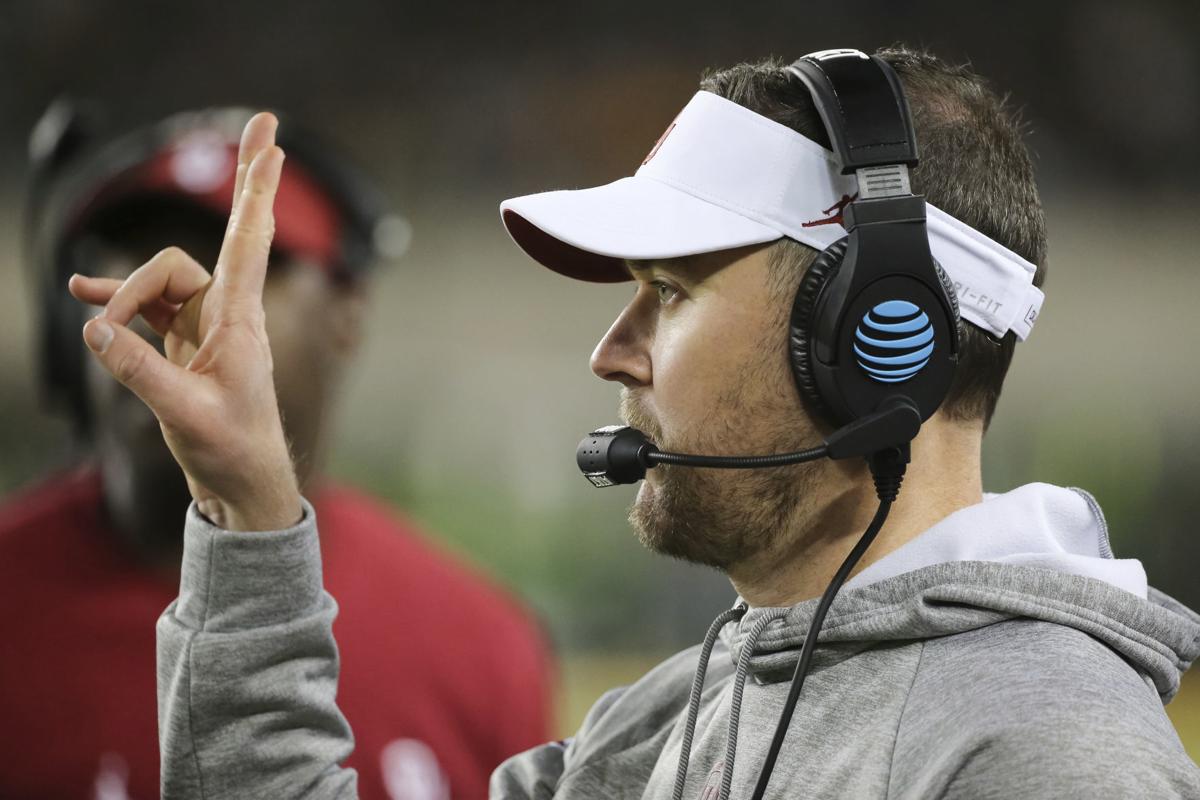 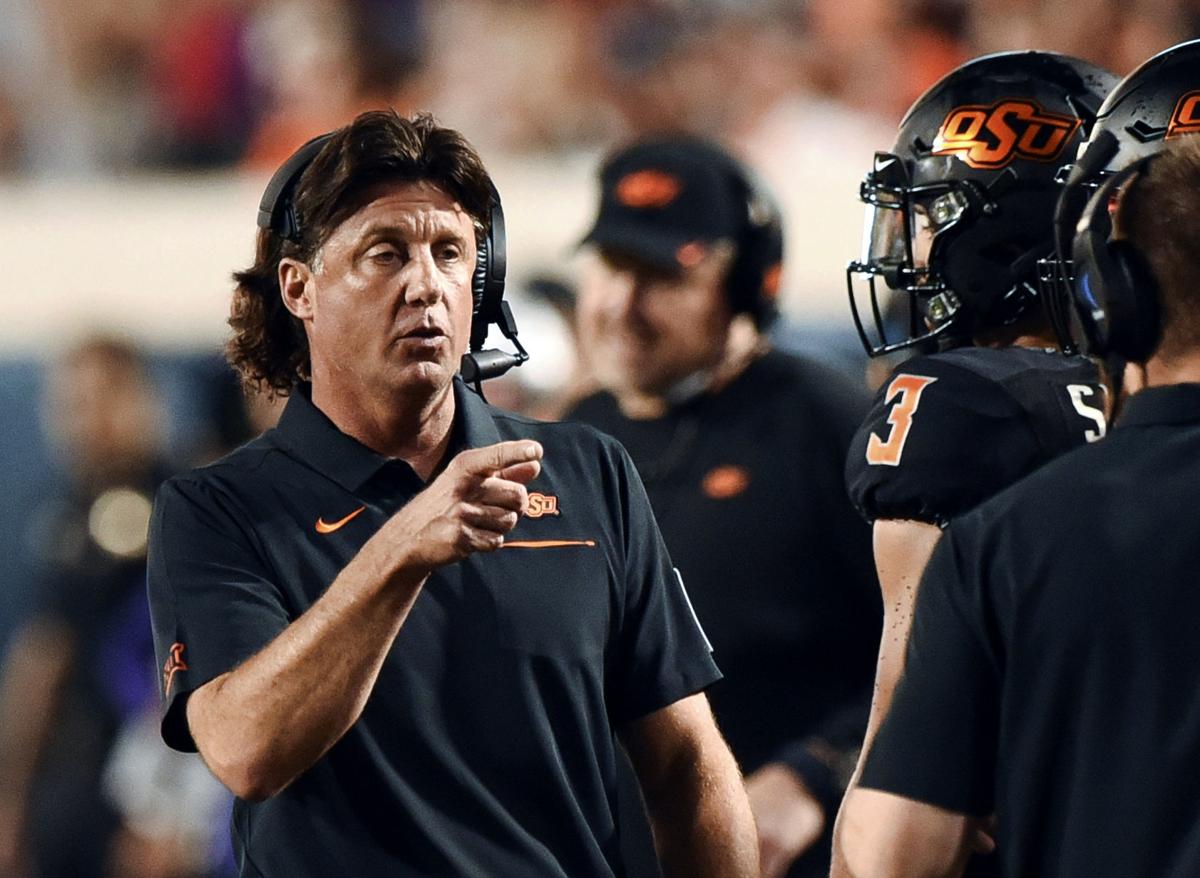 Mike Gundy and Oklahoma State have hit the recruiting trail hard during the pandemic.

Mike Gundy and Oklahoma State have hit the recruiting trail hard during the pandemic.

Someone recently asked me why I continued to write about Oklahoma State’s football program, considering Oklahoma is closer to Lawton, has a larger fan base in Lawton and frankly, OU’s coach wasn’t wearing paraphernalia that alienated himself from many of his players.

That fact is, in fact, a large part of why I haven’t written about OU since the NFL Draft: there hasn’t been much to write about. I understand that feeds directly into the narrative that we media members are drama-hungry gossip hogs, only interested in a story if it’s controversial and grabs headlines. To that I say, look at the world around you. If I wanted to stir up controversy for the sake of selling newspapers, I’ve had plenty of candidates to choose from, majority of which I haven’t touched.

But truthfully, it has been a relatively quiet quarantine for the Sooners, especially compared to their neighbors to the North, where, in addition to the Gundy saga, there have now been 14 OSU football players who have tested positive for COVID-19. And while Oklahoma has had “some” players test positive, it certainly hasn’t been as widely publicized and big names have not been identified among the infected. Oklahoma is scheduled to get back to workouts tomorrow.

But even with potential games still two months away, there still might be some non-COVID-related news on the horizon for college football fans in the state. Because recruiting is a year-round sport and it helps make collegiate football the massive brand it is. Right before Shirtgate, Oklahoma State was making news for an insane five-day stretch that saw six players commit to the Pokes, including four in one day, highlighted by twin brothers Blaine and Bryson Green from Kyler Murray’s old stomping grounds in Allen. The last time OSU pulled a pair of twins from DFW, it worked pretty well (relatively, though Tracin Wallace had to retire due to injuries while brother Tylan has become an All-American).

And the Cowboys could have more weaponry on the way, as Houston-area receiver John Paul Richardson named the Pokes in his top 3. The son of former NFL quarterback Bucky Richardson could provide OSU with another burner.

But the Sooners haven’t been silent in the recruiting game during the quarantine, either. Pickups including versatile defenders Clayton Smith and Nathan Rawlins-Kibonge, as well as top JUCO defensive tackle Isaiah Coe, are seen as key pieces to the Sooners’ continued climb to defensive progress under Mr. Grinch.

But the fun is just beginning. Because in addition to being the starting date for OU’s practices, July 1 is also the start of a very important stretch of days for Lincoln Riley’s staff, recruiting-wise.

The Sooners are among the five finalists to land Dallas Turner, one of the best defensive ends in all of America. Turner is the type of pass rusher the Sooners have not had in quite some time. And while many believe he ends up in a crimson jersey, it’s not the one Sooner fans would like, as he’s projected by many to commit to Alabama. It might be a long shot, but his commitment Wednesday is certainly one to keep an eye on.

Saturday is Independence Day, but while you are celebrating the freedoms of this nation, Lincoln Riley will be keeping his Twitter refreshed regularly, as three marquee names could land with the Sooners.

At noon, tall Louisiana receiver Keon Coleman is set to commit to either Oklahoma, South Carolina or Kansas. Despite not receiving an offer from in-state LSU, he’s received more than 30 FBS offers, including from Georgia, Auburn, Baylor, Texas A&M and Miami. Last year, he had one of the most ridiculous touchdown percentages I’ve ever seen, catching just 35 passes on the season, but turning 22 into touchdowns. He is projected by many to commit to the Sooners, which can help ease the pain if the next person on the list does not commit.

J. Michael Sturdivant plays at Marcus High School in the Dallas suburbs and has been linked to Oklahoma for a while. He’s a long strider and versatile playmaker who can make the contested catches not unlike one CeeDee Lamb. However, he is being projected to sign with the Cal Golden Bears. His commitment is set to happen at 1 p.m.

But let’s go back to noon, shall we? Because that’s when the top quarterback prospect in America will make his decision. Caleb Williams will decide between Oklahoma, LSU and Maryland. And it is hard to remember a Sooner target this highly touted since perhaps Joe Mixon. Yes, Spencer Rattler was seen as a big get, but remember that he had to sit out his final season of high school football and that many initially believed Kyler Murray would be staying through his senior season. As good as Rattler could be, Williams might be even better. He can lob a 65-yard pass with ease. His running is fluid, slightly reminiscent of Kyler, but in a body that’s five inches taller and 40 pounds heavier. It is believed by many that he’ll sign with the Sooners, especially after LSU landed a pledge from Sturdivant’s high school QB Garrett Nussmeier.

The narrative recently has been that Oklahoma will score with the best of them, but defense is what’s keeping them from getting over the hump. However, consider the caliber of quarterback they had in Norman the past five years. If they had just a decent quarterback, who’s to say they’re in the CFP at all? That’s why, no matter how good Spencer Rattler might be this year (personally, I’d say he’s a good Heisman bet, if I were a betting man), you can’t just ignore a guy like Williams. He — along with weapons like Keon Coleman — could help Riley’s boys extend their reign of terror in the Big 12.

That’s why this weekend is so huge, not just for Sooner fans, but for much of the region.

So get some rest. Because ‘crootin’ never sleeps.