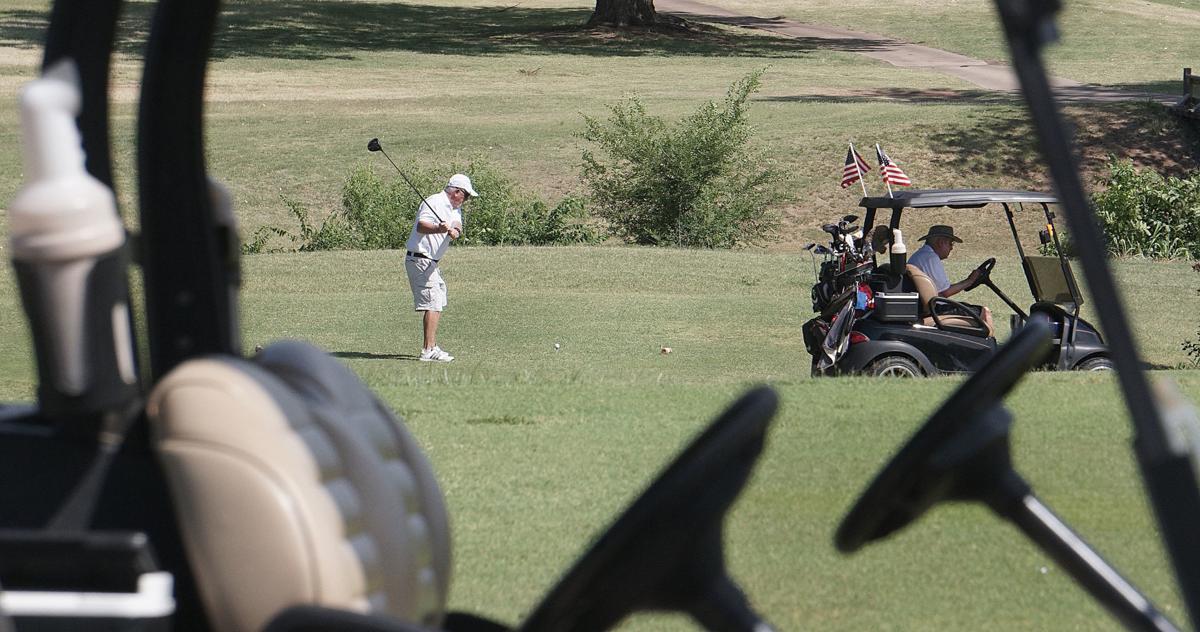 Golfers say any day is a good day to play golf. However, since people have been shut in for months due to COVID-19, the golf courses have had a surge in participation over the past three months. 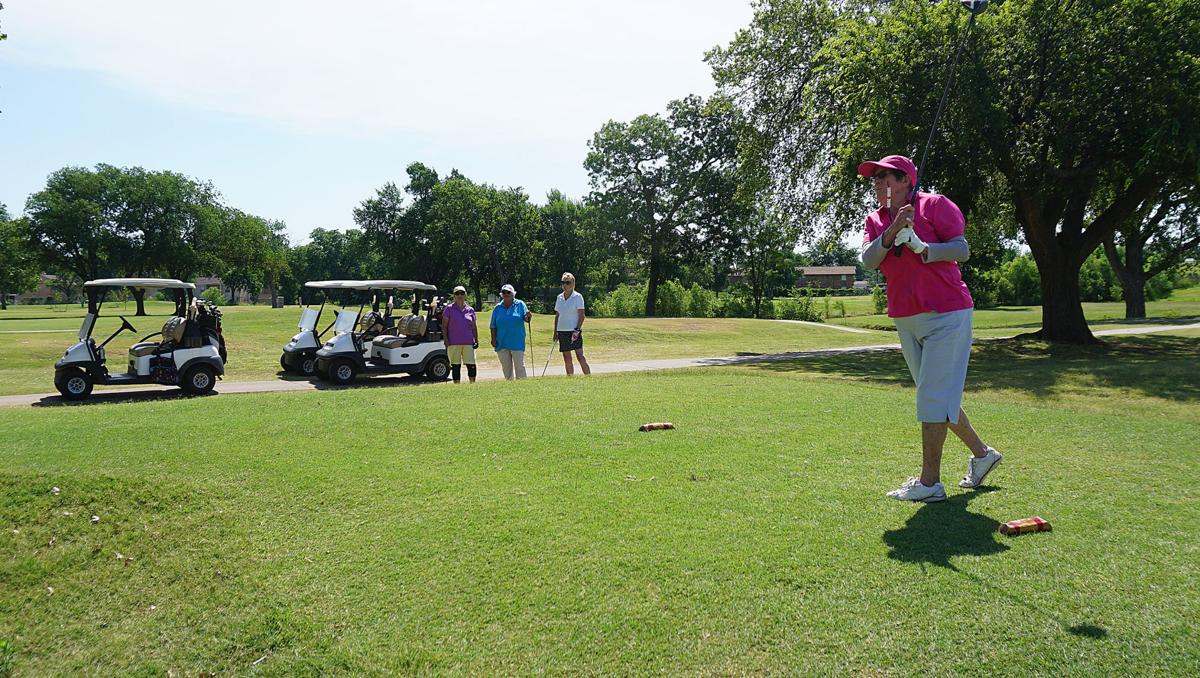 Shirley Jackson, right, tees off on hole one at Lawton Country Club as her friends Lou Cheek, Anne Williams and Sandra Crostley wait their turn.

Golfers say any day is a good day to play golf. However, since people have been shut in for months due to COVID-19, the golf courses have had a surge in participation over the past three months.

Shirley Jackson, right, tees off on hole one at Lawton Country Club as her friends Lou Cheek, Anne Williams and Sandra Crostley wait their turn.

While driving rain and thunderstorms made it tough to play on Friday, there have been plenty of good golf weather days over the past three months. And while many other sports and social activities unavailable for a large chunk of that time due to the coronavirus, golf has been an anomaly, as it requires little to no physical contact between individuals and encourages participants to be responsible for their own ball, club and other items. Local golf courses have been the beneficiaries, all while making sure patrons and employees are safe.

Lawton Country Club briefly closed its course in early April, but opened back up shortly after. Since then, the course has gotten far more use than it had in previous years during the spring and early summer months, general manager Johnny Wilson said.

Wilson made sure the country club took all available precautions, keeping one person to a cart, enforcing a 12-foot social distance policy and using pool noodles to ensure golfers didn’t need to remove the flagstick.

“When we opened back up, I kept the driving range closed for about two weeks so people weren’t touching range balls, weren’t touching the baskets, anything to be more safe,” Wilson said. “When we reopened the restaurant to a greater capacity, we did check temperatures as people came in.”

Joe English, the Chief Operating Officer at Lawton Municipal Golf Course, said the muni has also enjoyed an increased amount of usage. He said the course has taken similar precautions, including social distancing, discouraging golfers from pulling the flagstick, wiping down carts between each use and only allowing carts to be used by multiple people if they are family. He’s seen many of his regulars, as well as many new faces, adding up to create high daily attendance.

“Except for the two weeks the city had everything shut down, we’ve done extremely well,” English said. “It’s one of the few things people can get out and do things with their families. There’s no doubt it’s been better than in the past few years.”

English said he has seen an increase in the number of younger golfers and members, as many golfers in their 60s, 70s and 80s have been advised to stay away from social activities to decrease chance of contracting the virus.

Although he is still at the pro shop each day, Wilson is avoiding contact and doing everything in his power to prevent the remote possibility of getting COVID-19. After the year he had in 2019, he can’t afford to take it lightly. A gallbladder surgery was the first of seven operations he had last year, leaving his body feeling weak most of the time. He knows contracting the virus at this point could be a death sentence for him.

“I’m just real careful now,” Wilson said. “I mean, I’ll fist-bump or elbow. But I was at the grocery store recently and saw a man coming in my direction. And I made a decision I probably wouldn’t have made in my whole life, and I went in the other direction.”

But Wilson isn’t just concerned about his own health. Because the country club offers much more than just golf, he’s had to make decisions regarding things like the restaurant, the workout facility and the pool. And as May became June and the number of COVID cases in Oklahoma increased, Wilson had to take a long, hard look at the course’s marquee event of the year, the annual Firecracker Open, typically scheduled for 4th of July weekend.

Currently, the Firecracker has been postponed, as Wilson just could not see a way to accommodate the numbers of people and the events that accompany the tournament in good faith.

While there has been talk about moving this year’s event to Labor Day weekend, only time will tell whether it is able to happen. Regardless, Wilson said not hosting it on July 4 wouldn’t feel completely right.

“To me, it’s just not the Firecracker if it’s not the 4th of July,” Wilson said.