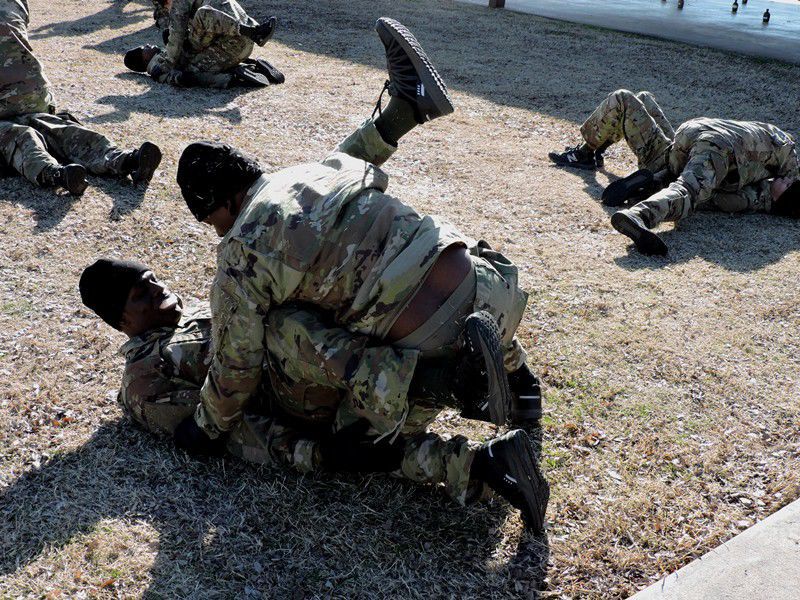 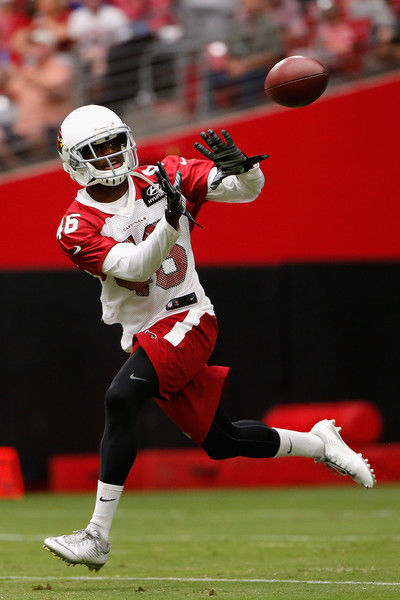 In this 2015 file photo, Jimmy Legree goes through training camp drills while with the Arizona Cardinals. Legree is now in basic Army training at Fort Sill. 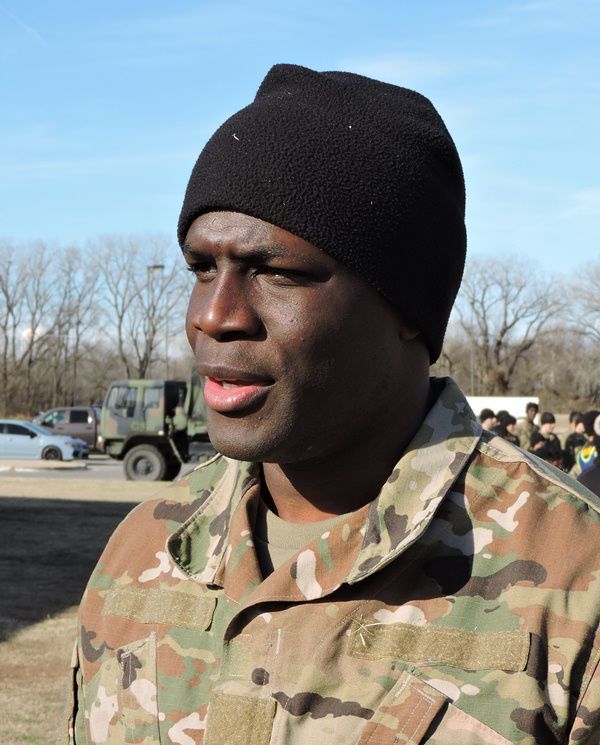 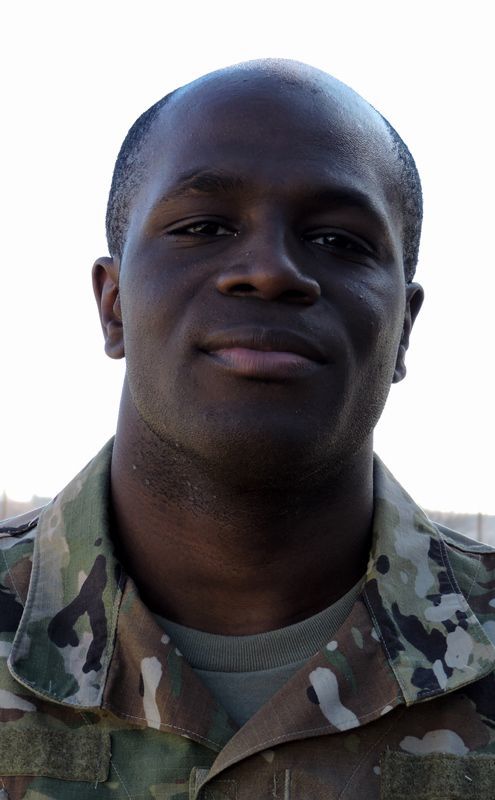 In this 2015 file photo, Jimmy Legree goes through training camp drills while with the Arizona Cardinals. Legree is now in basic Army training at Fort Sill.

FORT SILL — Capt. Steven Paez thought one of his basic trainees was putting him on.

Two days before Thanksgiving, a wave of 216 trainees arrived on the doorstep of D Battery, 1st Battalion, 19th Field Artillery. On Thanksgiving Day, the battery commander was serving dinner for the trainees, and he noticed one in the serving line who was a little older than the others.

Curious to know his background, Paez asked, “Hey, what did you do before you got here?”

“I was actually in the middle of serving him Brussels sprouts, and they just dropped on the tray, and I was like, ‘No, you weren’t. Why are you here?’”

The 6-foot, 187-pound trainee said being in the Army had always been a dream of his.

The captain had a couple more conversations with the new recruit and then went home to do a quick Google search on Spc. Jimmy Legree.

It was no joke. He’d spent two seasons on the roster and practice squad of the Arizona Cardinals as a cornerback. Before that, he played college football for the University of South Carolina. At 28 years of age, there is an 11-year difference between Legree and the youngest trainee in the unit.

Senior Drill Sgt. Jason Aqui said the younger trainees approach the former defensive back for guidance, as they might a big brother. Aqui has been a drill sergeant for 14 months and comes from the Army’s Communications branch, which, interestingly enough, is what Legree says he wants to go into when he gets to advanced individual training at Fort Gordon, Ga.

“It was actually quite a shock at first” when he found out one of his 54 trainees in 3rd Platoon used to play in the NFL, “but I realized that he was a mature individual, and I know, coming from professional sports, that they focus a lot on maturity and teamwork. So I decided to utilize that with my platoon,” Aqui said.

“He’s a very quiet individual. He’s very mature and humble, like Capt. Paez said. So he kind of stays in the back. He always does what he’s instructed to do. And I can definitely notice that he brings the platoon together to accomplish their tasks,” the drill sergeant said.

Fitness-wise, Legree had a leg up on day one of basic training, Aqui noticed.

“He’s definitely a lot more athletically fit than the rest of the individuals in my platoon,” the sergeant said. They are now in week two of 10, they’ve already rappelled down the small wall of Treadwell Tower, and Legree did great.

Neither the trainees nor the cadre look at him any differently than the rest of the platoon.

“He’s a human being, and he came here for this profession, to be a professional soldier. So we put that aside and we don’t treat him any differently,” Paez said.

Legree said coming to the Army from the NFL was an easy transition. He’s had some practice wearing helmets and equipment, and he can relate to drill sergeants in much the same way he did head coaches.

“They correct any mistakes that you make and make sure you’re doing everything the right way,” he found.

Legree said he has a few family members and some friends in the military, though his parents were not.

He enlisted at Charlotte, N.C. When the recruiters found he was playing for the NFL they were ecstatic.

“Definitely excited to get me enlisted and get me going,” Legree said. “I hope to have a very long military career. That when I have kids I can put them through it and instill some discipline in them at an early age, to make sure they’re on the correct path.”

Legree carries the rank of specialist in basic training because he graduated from the University of South Carolina in May 2013 with a bachelor’s degree in sociology.

“My goal was to help underprivileged kids, start some nonprofit organizations and just give back to my community first, and then hopefully expand nationwide. And just give them a fair chance at life, and giving them the resources they need to go to college and pursue their dreams,” Legree said.

Legree went to work for the NFL in March 2014. He was invited to go to the Seattle Seahawks camp right after the draft.

“I didn’t get drafted, but they called me right after and invited me out there … I went through three or four weeks of training camp with them. Unfortunately I got released due to a numbers thing. And then like two days after that the Arizona Cardinals called me, and then I resumed my career with them for the next two years,” he said.

The legacy of the late Pat Tillman, who gave up his pro football career to serve his country in Afghanistan, is alive and well in Glendale, Ariz., Legree discovered.

“They have a banner above the dome, and his name is in big, bold letters, Pat Tillman. So he’s like a legend, forever, in the Arizona Cardinals community,” he said.

Legree said Tillman’s example definitely gave him motivation, to know that someone from the Arizona Cardinals put on the uniform and he would in a way follow in his footsteps.

Legree’s desire to be a part of the military goes back much further, however. He said he’s wanted to be a soldier all his life.

“Just growing up, when I went to college, I happened to be good at sports and it took me a little further in my journey. So it was definitely always a plan of mine,” he said.

He and most of his teammates bonded like brothers, “so every decision I made as far as joining the military, they supported a hundred percent.”

His advice for others who might be contemplating the same path he took: “I would say it’s an easy transition, as long as you maintain your discipline, come in here and do the right thing. I would say, don’t come in here thinking you’re a big shot and you know everything, ’cause you’re going to get humbled real quick … It’s a great journey.”