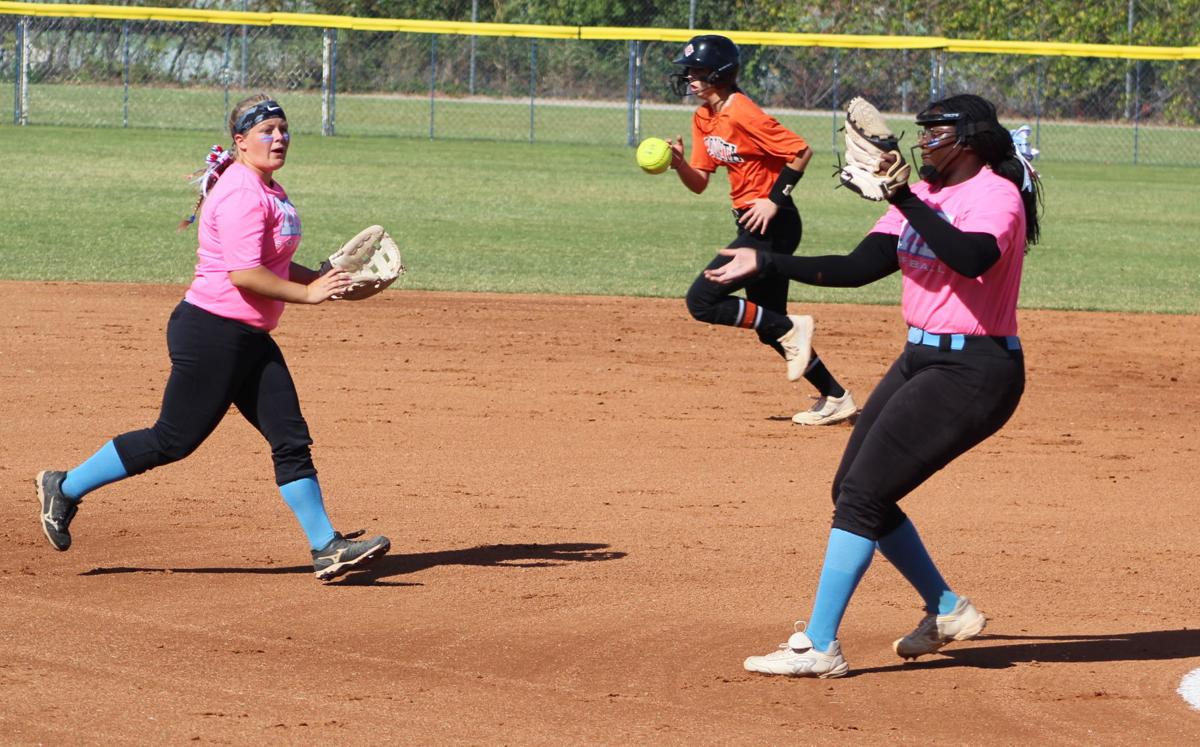 Eisenhower third baseman Madison Dutil, left, and pitcher JJ Williams both go after a ball in the infield during Friday’s Class 5A state semifinal game against Coweta. The Eagles fell to the top-ranked Tigers, 5-1. 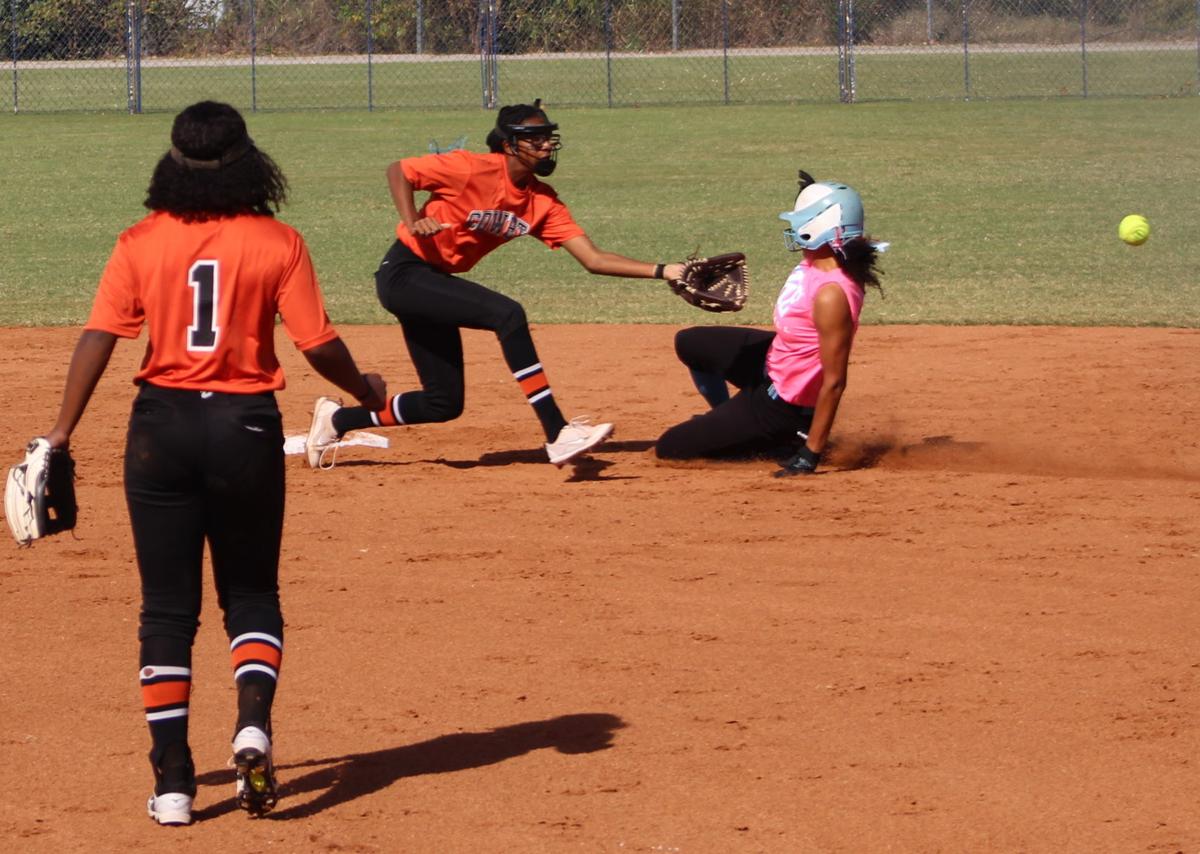 Eisenhower's Mikaela Hall (in pink) slides into second base after reaching base on a throwing error in the second inning of Friday's state semifinal game.

Eisenhower third baseman Madison Dutil, left, and pitcher JJ Williams both go after a ball in the infield during Friday’s Class 5A state semifinal game against Coweta. The Eagles fell to the top-ranked Tigers, 5-1.

Eisenhower's Mikaela Hall (in pink) slides into second base after reaching base on a throwing error in the second inning of Friday's state semifinal game.

Through the pink eye paint, there were tears rolling down the cheeks of several Eisenhower softball players Friday. Naturally, such emotions are to be expected when a dream season ends.

However, it wasn’t the cascade of weeping that many other teams exhibit after a heartbreaking loss. Perhaps it was because the Eagles had never experienced this type of loss.

Maybe it was because they believe they’ll be back again.

After making the first state tournament berth — and win — in school history, the Ike softball team succumbed to No. 1 Coweta on Friday in the state semifinals, 5-1, at the USA Softball Complex in Oklahoma City.

And while players and fans alike were sad to see the historic journey end, the mood afterward was largely positive. The Eagles had played toe-to-toe with the best team in Class 5A and happened to come up short. There was no shame, no blame and no regrets.

Eisenhower got in a hole early. After going 3-up, 3-down in the top of the 1st, Ike pitcher JJ Williams allowed two runners to get aboard. Ike looked like it might escape the inning unharmed after getting the second out. However, a wild pitch and back-to-back errors allowed two Coweta runs to score.

Ike fought back in the second, as senior Mikaela Hall got aboard thanks to a throwing error and Kennedy Huskey’s single let Hall advance to third base. Two batters later, Aamiyah Roberson drove Hall home with a double. The Eagles were showing they had the stomach for the fight.

However, Coweta was also prepared to take punches and land even harder ones. In the bottom of the second, the Eagles intentionally walked Kayley Iott with two outs to create a force out at any base. Instead, Bailey Cooper drove a hard grounder through the right side of the infield, scoring two, giving the Tigers a 5-1 lead.

From there, Coweta pitcher Tarun Robinson had her way with the Ike lineup, only allowing four hits on the afternoon. Four of the seven Ike innings were 3-up, 3-down. Ike’s Roberson was the only

Eisenhower head coach Terry Brierton was fairly upbeat afterward. Just two years removed from winning just a couple of games, the Eagles were able to reach heights no other Ike team had seen. And despite the ending, Brierton was proud of his team and the way they persevered through a wild season.

“This group didn’t quit,” Brierton said. “What we take from this is we’re growing, we’re getting better.”

Although he knew the errors and the offense’s rare quiet spells were things that cost his team, he also admitted that his team was up against a team that had won 31 of its last 32 games.

“We had a bad game today. We came out flat, pitcher’s still dinged up, we don’t make excuses but she was banged up, fingers aren’t right,” Brierton said. “But let’s not take anything away from Coweta, they’re a monster team.”

Brierton’s relative positive attitude after the loss also had to do with the fact that his team is fairly young. The Eagles only lose two seniors, but everyone else, including Williams, the team’s ace pitcher, returns.

“Everything in softball begins in the circle,” Brierton said. “Getting here to the state tournament is the hard part. It’s easier to get back next time. They understand how much work that goes into it. Now they understand what it’s all about.”