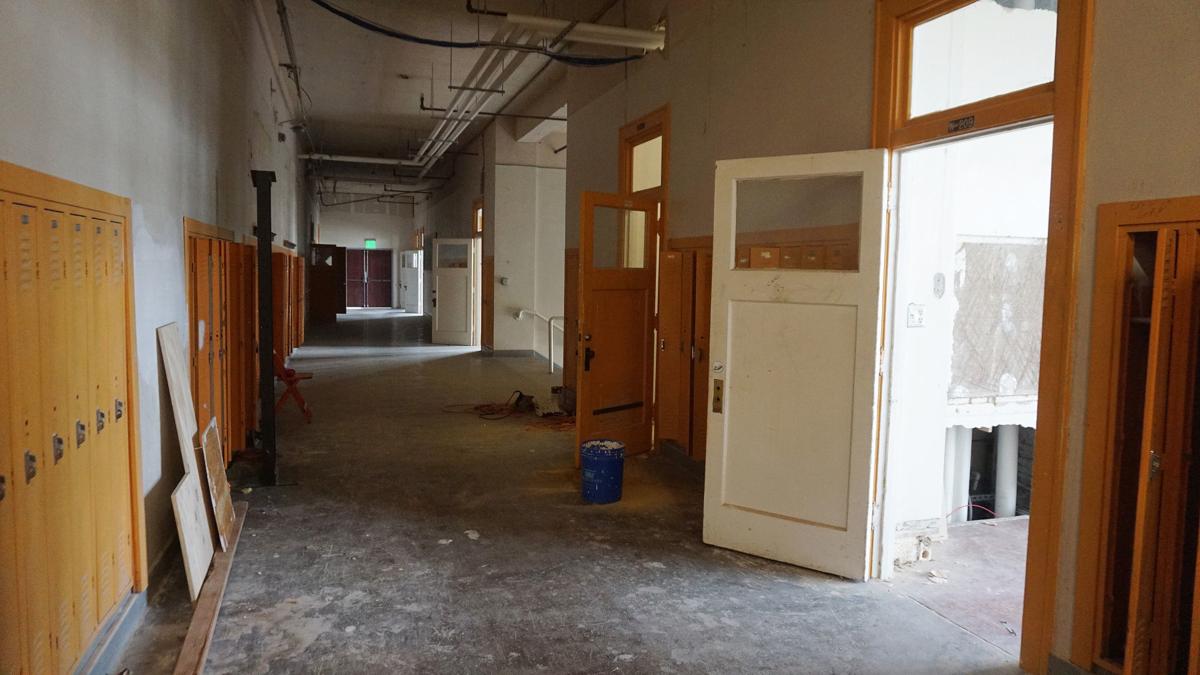 Old lockers line a dusty hallway in a mostly-unused floor in the north wing of Lawton City Hall. 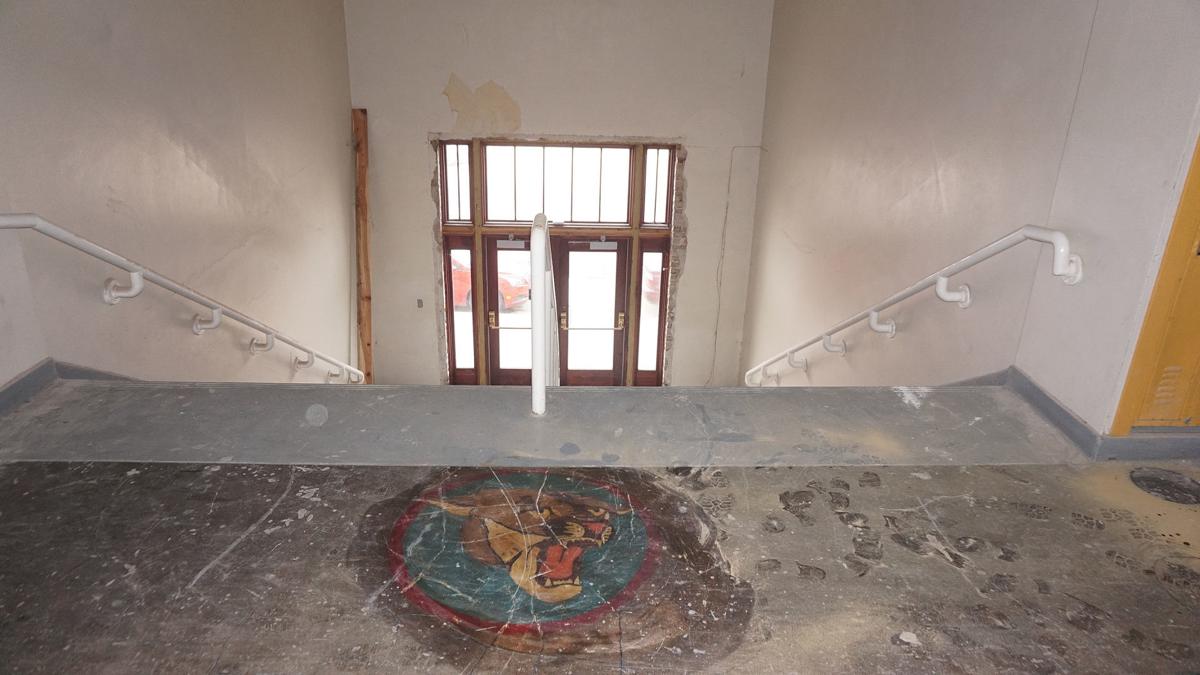 A cougar, the Central Junior High mascot, peeks through the thick dust on the floor in the north wing of Lawton City Hall. The floor is one of three that City of Lawton officials would renovate under the 2020 Capital Improvements Program. 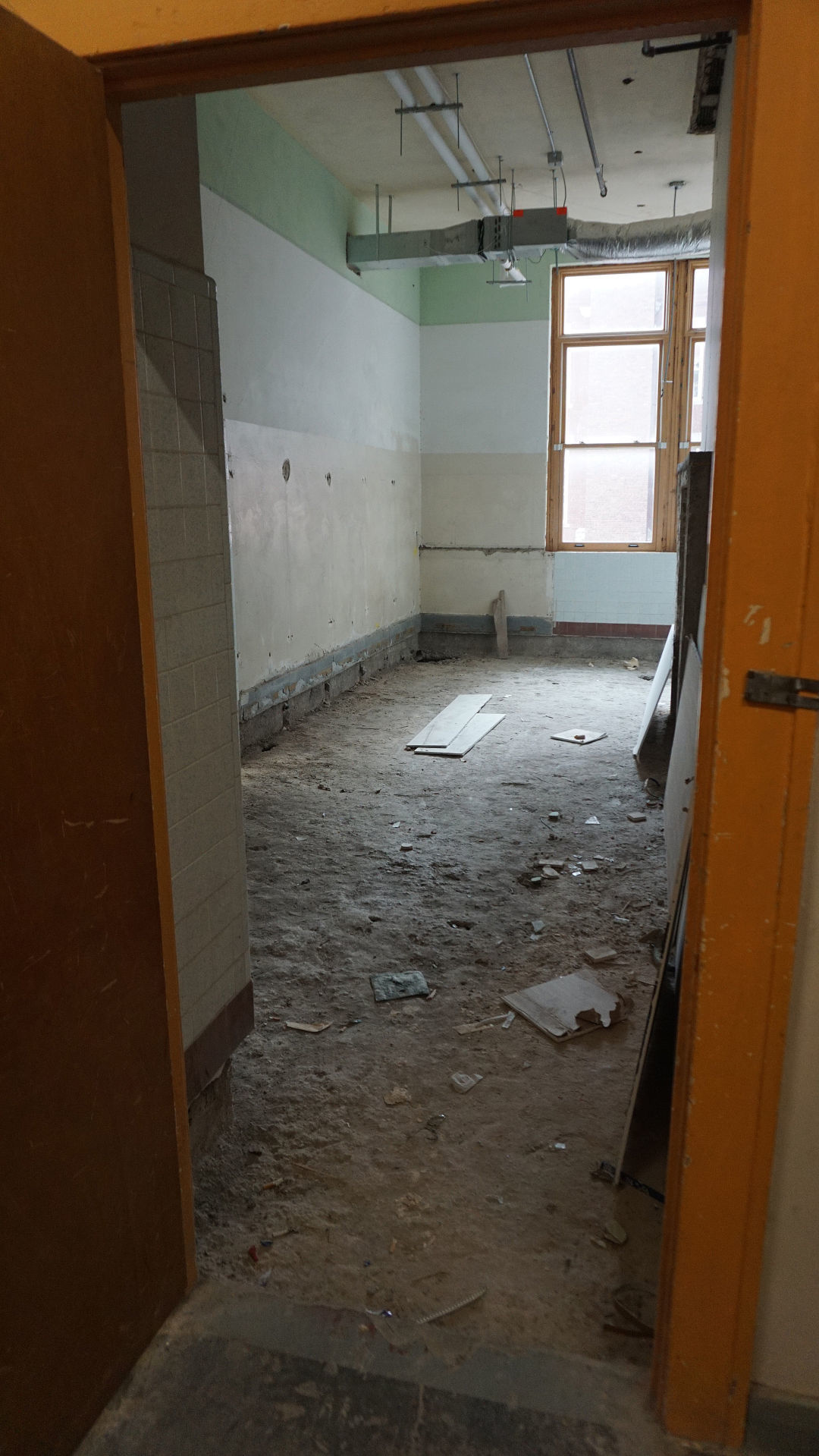 Debris litters a one-time classroom in the closed-off north wing of Lawton City Hall. Funding in the 2020 Capital Improvements Program would help city officials complete renovations of three floors, making that space available for use.

Old lockers line a dusty hallway in a mostly-unused floor in the north wing of Lawton City Hall.

A cougar, the Central Junior High mascot, peeks through the thick dust on the floor in the north wing of Lawton City Hall. The floor is one of three that City of Lawton officials would renovate under the 2020 Capital Improvements Program.

Debris litters a one-time classroom in the closed-off north wing of Lawton City Hall. Funding in the 2020 Capital Improvements Program would help city officials complete renovations of three floors, making that space available for use.

At least $10 million in the City of Lawton’s proposed new sales tax program will help the city renovate existing facilities, funding multi-phase projects intended to take those facilities into the future.

That 2020 Capital Improvements Program (CIP), dubbed PROPEL Lawton by city leaders, will be created by extending the 2015 Sales Tax Extension and the 2016 CIP beyond their termination points. If city voters agree Feb. 11, rather than end Dec. 31, 2025, the new CIP — which will include in-progress and not-yet-started projects in the two existing sales tax programs — will extend through Dec. 31, 2034, with the revenue generated in those nine additional years covering new projects. That will be done without changing the sales tax rate.

Some of those “new” projects actually are extensive renovation projects already in progress or whose completion has been delayed until new funding is identified. They include completion of the three unfinished floors inside Lawton City Hall (estimated cost: $6 million); completion of a heating/air conditioning upgrade, along with other needed upgrades at McMahon Auditorium ($2 million in the new CIP); and continuing a three-phase project to renovate the Lawton-Fort Sill Regional Airport terminal ($2 million in the new CIP).

City Manager Michael Cleghorn said completion of renovations at Lawton City Hall has been estimated at $2 million per floor, including $1.75 million for construction and $250,000 for furniture, fixtures and equipment.

Completing those floors — the third floor of the south wing, the second and third floors of the north wing — has been the plan of city leaders since city offices moved into the historic Lawton High and one-time Central Junior High. At the time, the city had only enough funding to complete three floors, which are used today as city offices.

That doesn’t mean the unfinished floors are useless. The floors provide storage space for city records and files. IT equipment for a data center is located on an unused floor of the north wing, while the west end of the south wing’s third floor is a conference room for the City Council and large groups.

But, for the most part, the floors are thick with dust and still have evidence of their glory days as a school: lockers still line the walls, and a chalk board in the north wing is waiting for someone to write on it. And, a quick scrub by a city employee reveals a cougar — the Central Junior High mascot — still visible at the head of a steep flight of stairs in the north wing.

“It ultimately can be a cost-saving measure,” Booker said, of plans to move more city offices into City Hall when the three floors are finished.

Topping the list: the Information Technology (IT) and finance offices that will remain in the City Hall Annex even after Municipal Court is moved into the new public safety facility. The annex, immediately east of the Lawton Family YMCA on Southwest 5th Street, has problems.

Booker ticked off the issues, including a roof that needs extensive repairs. He said the aging and inadequate air conditioning/heating system has served its time: the system runs off an old boiler from a decommissioned Navy ship. IT Director Gwen Fisher said the annex has extreme structural problems, and water that seeps into the building tends to pool in the basement, where servers are located.

“There’s been a lot of deferred maintenance,” Booker said.

Spencer said without concrete plans to relocate IT and finance offices to city hall, the city must invest in maintenance in the annex so it can continue to be safe for IT infrastructure and other city functions. Cleghorn said that’s why completing city hall’s three unfinished floors is a worthwhile investment, explaining the $3 million estimated cost to bring the annex up to safe use is about half of the cost to complete city hall’s three floors.

Booker said offices now located in the annex can easily fit into those three unfinished floors, with room left over. Cleghorn said the city is looking at moving more than IT and finance offices. There also has been discussion about moving the Fire Marshal’s Office into city hall; Cleghorn said personnel from that office already spend a lot of time in city hall working with the license and permit employees.

In the past, city officials have discussed the idea of leasing offices — those not needed by city government — to other entities, and Cleghorn said the idea is worth exploring.

“The plan has always been to finish all six floors,” Deputy City Manager Bart Hadley said, adding the goal is concentrating city offices into one building, meaning citizens could do almost everything they needed to do with one stop.