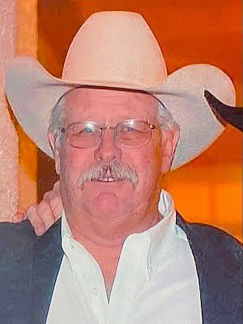 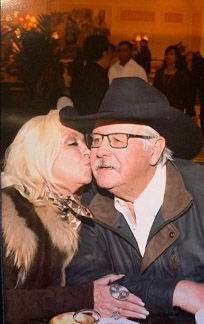 Buford Tom Self, age 81 and a resident of Pilot Point, Texas passed away Dec. 26, 2020. He is survived by wife Suzy Rush Self; son Tom F Self and daughter-in-law, Annesa of Valley View, Texas and one grandson, TJ Self also of Valley View. “Big Tom”, as he was fondly known, was born April 17, 1939 in Muskogee to Dorthy Howenstine Self and Buford Folsom “Dick” Self of Cache. Big Tom was the grandson of Tom and Omah Howenstine and the great nephew of legendary cowman “Papa Jack” Howenstine, also of Cache. Big Tom succumbed to complications of COVID 19.

Suzy and Tom were married 58 years prior to his passing. They met at Craterville Park near Cache. Suzy’s grandparents and parents founded and operated Craterville Park which was the family entertainment center of Southwest Oklahoma from 1923 until it closed in 1965. Tom’s grandparents worked at Craterville so Tom and Suzy spent much of their childhood together. Tom graduated from Cache High School, Cameron College in Lawton and the University of Oklahoma. He was an outstanding basketball player at Cameron College, and in 1957-58 he played on the undefeated National Champion Junior College Basketball team.

Tom and Suzy were also co-owners of Sandy Lake Amusement Park from 1971 until the park was closed and the property sold in October of 2018. Suzy’s parents, Frank and Genelle Rush (both now deceased) and her brother Frank and his wife Vickie Rush now of Frisco, Texas were the other co-owners of the popular Carrollton funspot for 48 successful seasons.

Tom’s primary responsibilities were the operation of the landmark Sandy Lake Pool and assisting Suzy with FunFest. FunFest became the largest and longest running privately owned school music competition in the nation and music directors, bus drivers, students and parents could rely on BigTom to be helpful and friendly in every way.

Tom and Suzy’s son Tom F Self, along with Frank and Vickie’s children David Rush and Jodi Rush Cuccurullo plus the fifth family generation including TJ Self, Whitney Rush and Taylor Cuccurullo also worked at the family-owned establishment.

Along with the Rush Family, Big Tom enjoyed helping produce weekly rodeos throughout Southwestern Oklahoma, during the time they lived at Meers. He was an avid hunter and loves the memories he made hunting with his dad throughout his youth. Big Tom was a true fan of rodeo, collector of spurs and bits and an author of four western novels. He enjoyed helping others in rodeo arenas and the arena of life.

Burial is pending. Donations can be made to the Justin Cowboy Crisis Fund at justincowboycrisisfund.org. Suzy has requested that in lieu of flowers that cards recounting a personal remembrance of Big Tom be sent to her at PO Box 499, Pilot Point, Texas 76258.