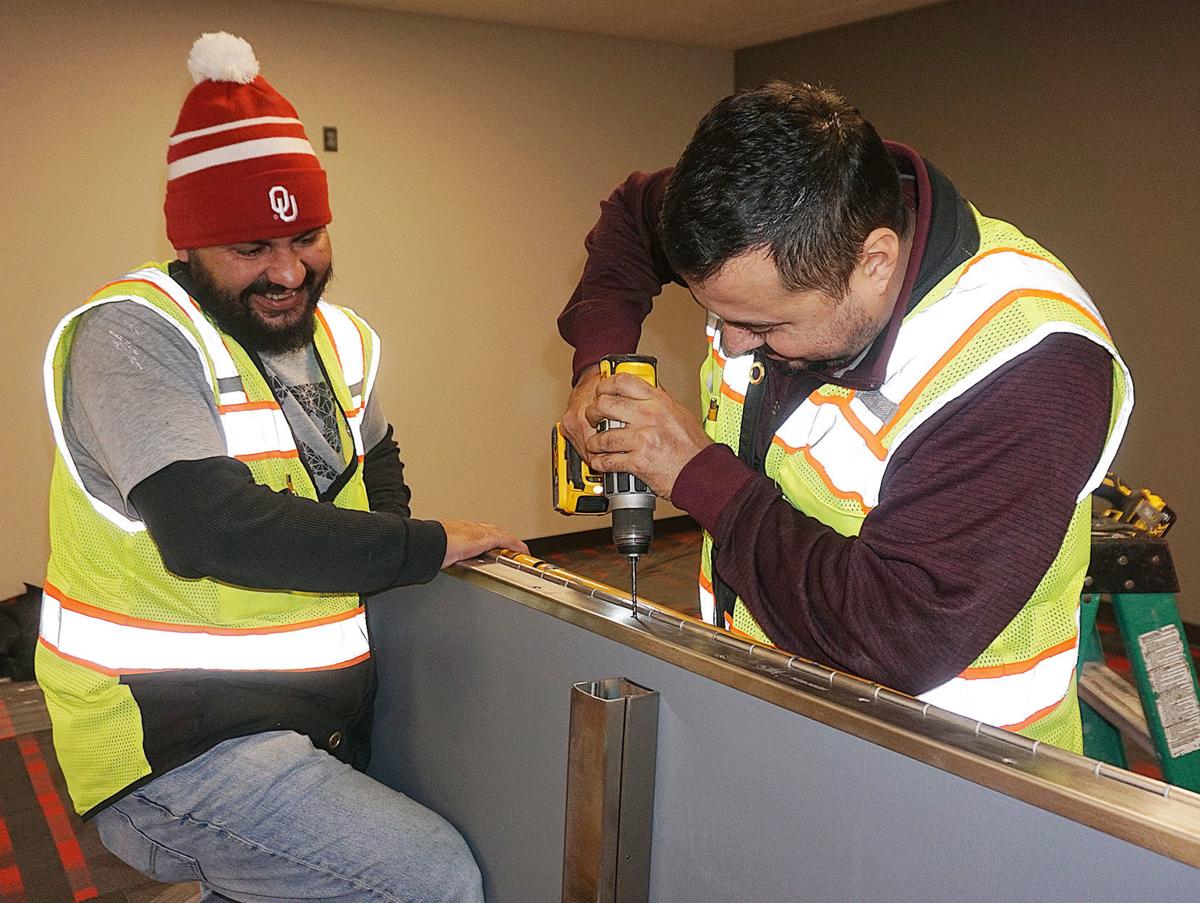 Danny Cox, left, and Cesar Gonzales put hinges on the reinforced door that is part of the new safe room nearing completion at Whittier Elementary School. 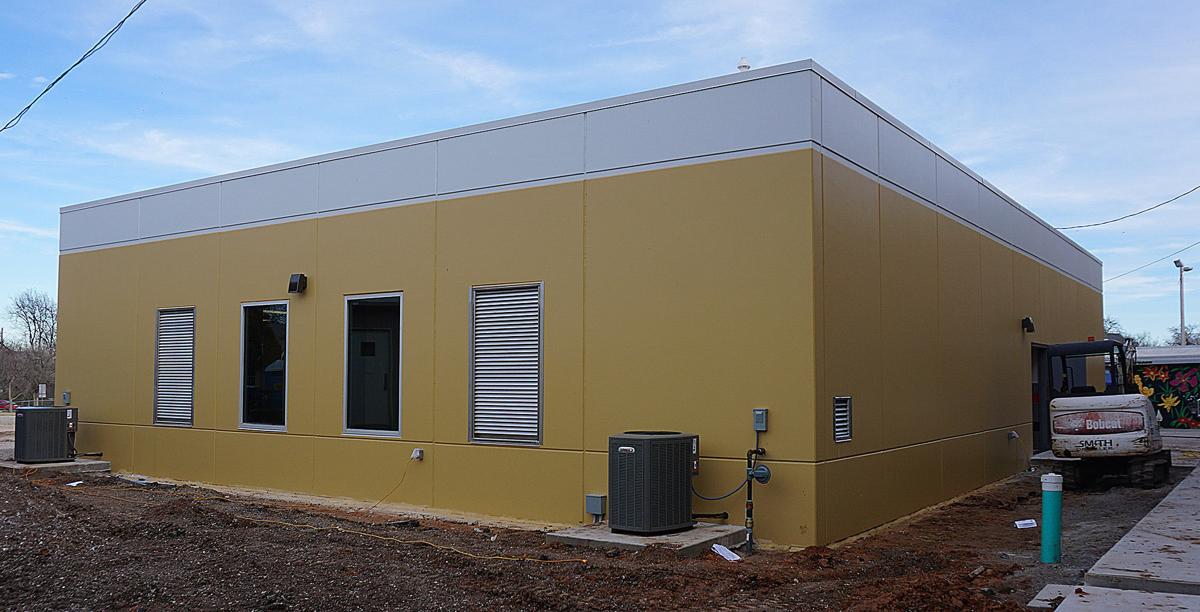 A new safe room stands outside Whittier Elementary School in north Lawton. School officials said the safe room, the last of eight built in the district in the past two school years, is essentially complete and will be dedicated next week.

Danny Cox, left, and Cesar Gonzales put hinges on the reinforced door that is part of the new safe room nearing completion at Whittier Elementary School.

A new safe room stands outside Whittier Elementary School in north Lawton. School officials said the safe room, the last of eight built in the district in the past two school years, is essentially complete and will be dedicated next week.

Whittier Elementary School’s safe room is one of eight the district had built in the past year, after participating in a state program that analyzed sites to determine which campuses adequately protect students and staff in the event of a tornado. The state program was created in the aftermath of the May 2013 tornado that struck Moore, destroying Briarwood and Plaza Tower elementary schools and leading to the death of seven elementary students. State leaders organized volunteer inspection teams of architects to help school districts analyze their sites.

In Lawton, only Freedom Elementary School and MacArthur High School hold the highest designation, meaning there is sufficient safe space for everyone on campus (the new Eisenhower Middle School also will hold that designation). Most fall in the middle ground, but eight elementary schools scored in the lowest category and were designated for new multi-use safe rooms, facilities that function as classrooms on an average school day but are reinforced to protect everyone in the school during tornadoes.

Construction at seven of those eight schools began last school year and several safe rooms were available for student/staff use before the 2018-2019 school year ended.

Today, all are completed and in use, although the district hasn’t yet received the Federal Emergency Management Agency documentation needed for the safe room at Edison Elementary because of its flood zone status.

Construction at Whittier Elementary didn’t begin until July because the district needed time to consider the best option for that land-locked school.

But, that facility is essentially done, with a final walk-through set for today, and a ribbon-cutting ceremony planned for 10 a.m. Wednesday to introduce the new structure to parents and the community.

Joshua Jacox, Crossland Construction’s project manager for the Lawton safe room work, said completing the punch list this week means teachers can begin moving into the facility next week, with the bulk of the conversion expected to take place over Christmas break.

Contractors also will be moving two portable buildings to their new site (Whittier’s two other portables were moved off campus when they were replaced by the new safe room) and pave sidewalks over the Christmas break.

It’s not the only work that will be going on in Lawton Public Schools over the holidays.

Jacox said construction at the new Eisenhower Middle School is about 61 percent complete, as contractors work toward the August 2020 deadline that will give students, faculty and staff a new home with the beginning of the 2020-2021 school year.

Jacox said concrete curb and gutter work is set to begin on the east side of the building next week, as the forerunner of a concrete parking lot. The work is weather permitting, but contractors have been lucky with weather in recent months after significant rains in Winter 2018 and Spring 2019 delayed construction.

“The east side is pretty much done,” he said, of the earthtone colors that will designate the new school.

The existing Eisenhower Middle School will be demolished once the new school is operational, with that space to be used for parking and athletic fields.