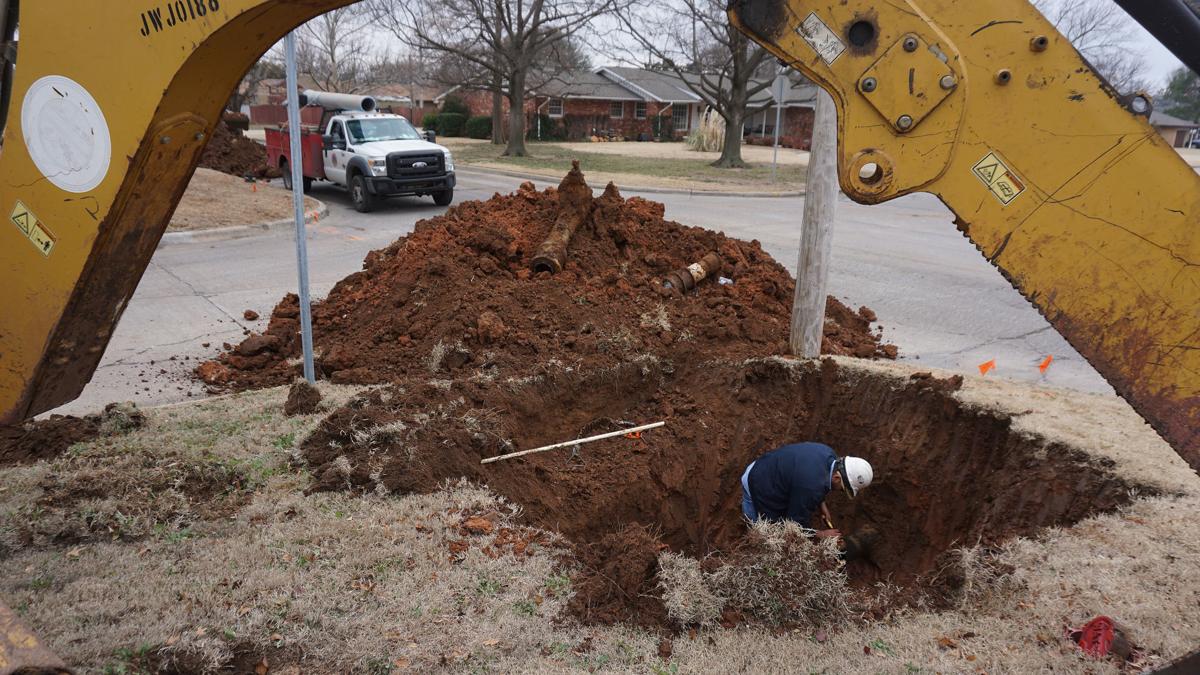 City of Lawton Water Department worker Jordan Gudger installs a new valve on a 6-inch waterline being installed in the 3300 block of Northwest Baltimore. The 2020 CIP that will be considered by voters will pay for even more waterline work, city officials said. 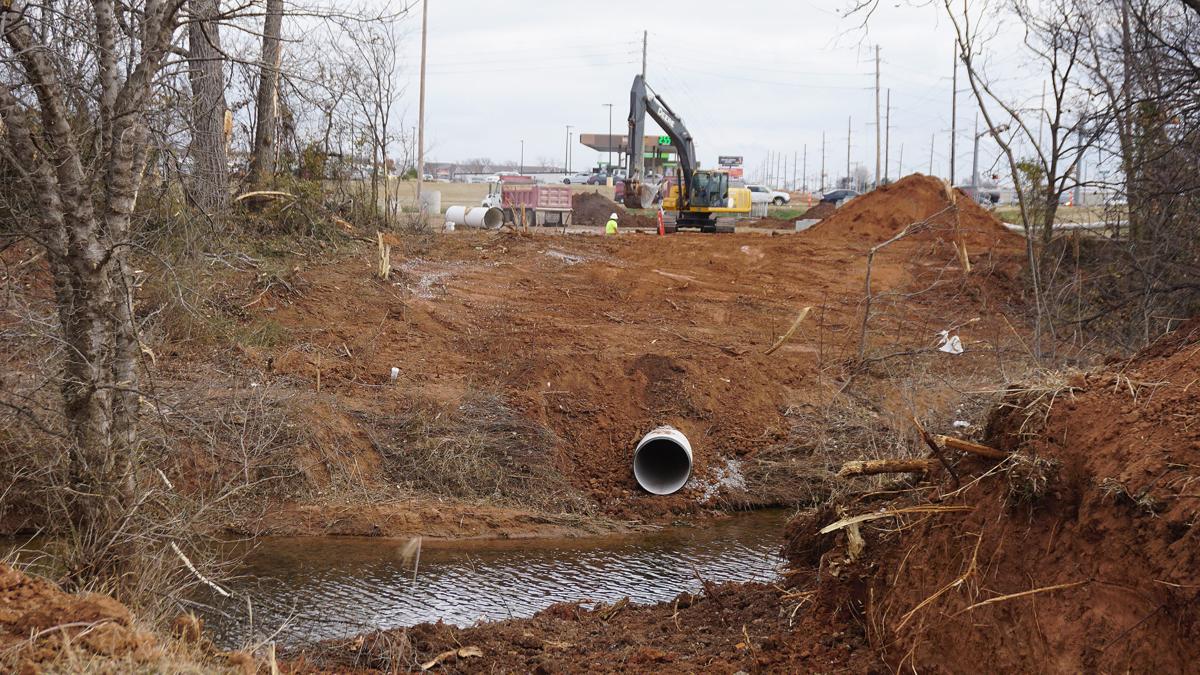 City of Lawton workers install a new sewer main near Southwest 38th Street and West Lee Boulevard. The work is among the daily upgrades needed to maintain Lawton's infrastructure and the 2020 CIP could allow even more upgrades, city officials said.

City of Lawton Water Department worker Jordan Gudger installs a new valve on a 6-inch waterline being installed in the 3300 block of Northwest Baltimore. The 2020 CIP that will be considered by voters will pay for even more waterline work, city officials said.

City of Lawton workers install a new sewer main near Southwest 38th Street and West Lee Boulevard. The work is among the daily upgrades needed to maintain Lawton's infrastructure and the 2020 CIP could allow even more upgrades, city officials said.

The 2020 Capital Improvements Program may be full of new projects, but it also will contain mainstays of previous sales tax proposals — upgrades to water and sewer lines.

The proposal, which city leaders have christened PROPEL Lawton, would extend the 2015 Sales Tax Extension and the 2016 Capital Improvements Program beyond their Dec. 31, 2025, termination while keeping the same sales tax rate. The new CIP would end Dec. 31, 2034, and the additional money generated in those years would be used on new projects, including more water and sewer work.

City officials have some specific projects in mind for those new CIP dollars — such as a $17 million project to replace a 54-inch sewer main that connects south Lawton to the wastewater treatment plant. Rusty Whisenhunt, director of water, wastewater and public utilities, said that deteriorating concrete line has had 12 failures in recent years. The culprit: what had once been a 4-inch concrete line now is about one-half thick because sewer gases eat away at the concrete.

“We could have failure at any time,” Whisenhunt said.

And, replacing waterlines is a never-ending quest in any CIP and in the city’s annual operating budget, said Whisenhunt, City Engineer George Hennessee and City Manager Michael Cleghorn.

But, priorities change and that’s why the ordinance setting the provisions of the 2020 CIP are not specific: improvements to the existing water and sewer systems of the city, including but not limited to the water treatment plants and sewer treatment plants, and hardware and software digital upgrades, replacement and protection of these critical systems.

Cleghorn said the CIP was written to give the city the flexibility to address needs, “which is why specific projects are not mentioned.” Even if they were, what may be a priority today won’t necessarily be the same priority tomorrow, or in 2025, or by 2034.

Cleghorn said city staff analyzes Lawton’s infrastructure and determines that something (a sewer main, for example), may have five to 10 more years of life. That may not work out because conditions have changed, such as the 54-inch sewer main. Whisenhunt said many smaller mains connecting to the larger main have been replaced under the citywide, 21-year sewer rehab program, but this main wasn’t on that initial list. Priorities have changed, the men conceded.

So, why do priorities change?

Whisenhunt and Hennessee said there are a variety of reasons that a sewer line, water main or even a street was fine last summer, but isn’t today.

For sewer mains, a major problem is their concrete construction, dating to a time when there were multiple concrete plants operating in Lawton. Sewer gases erode the pipe’s interior, which is why some sewer mains/lines are failing. And, as gases damage lines, new priorities emerge.

But, damage also results from other factors. Lawton/Southwest Oklahoma’s clay soil is notorious, with high plasticity (meaning, it can move dramatically, depending on whether it is expanding because of water or contracting because of dry conditions).

So, how does city staff find these deteriorating lines?

Again, there is more than one answer.

Cleghorn said plans to upgrade the city’s information technology network also tie back into this problem. A new digital system (replacing what is now done by hand, in many instances) will allow the city to collect and compile data, speeding identification of a problem.

“The technology is in place to make better decisions,” Cleghorn said.

While quality infrastructure is important across the board, there is another motivating factor for replacing waterlines.

“There’s revenue loss for that,” Cleghorn said, of the cost associated with losing water that Lawton treats, stores and transports.

There is a water master plan, where priority lines have been identified. Whisenhunt knows at least one off the top of his head: a 36-inch main on Cache Road, extending from Northwest 44th Street to Northwest 67th Street. The city has repaired numerous breaks in that line, he said, noting four breaks in the same half block in the last year, and a major break near Northwest 53nd Street less than a year ago.

“The line is very brittle,” he said.

Addressing those water and sewer priorities makes the CIP important, the men said.

“You can’t put enough money in the operating budget,” Hadley said, of the funding needed to make a difference.

The goal with the new CIP, Cleghorn said, is to approach the problem “a bit at a time.”