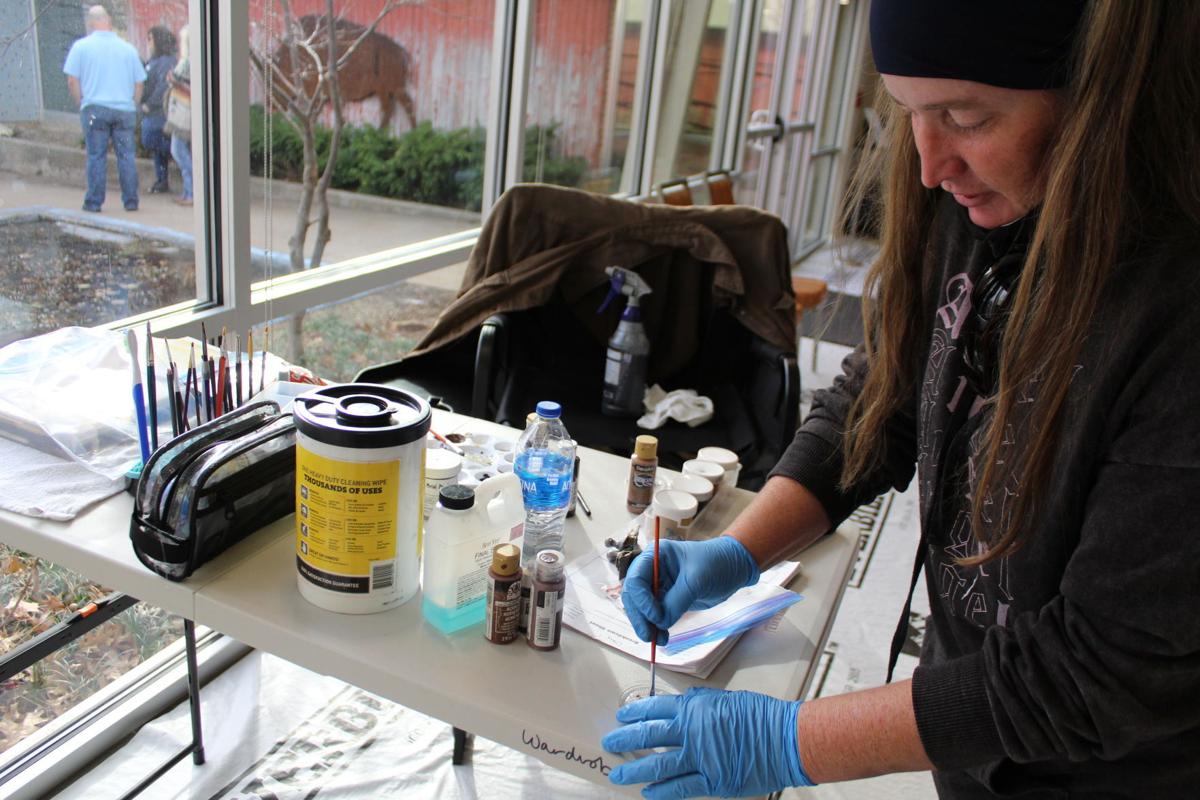 Brandi Knight, Special Effects and Make-up designer, mixes make-up for "Washington's Armor" at the Museum of the Great Plains. 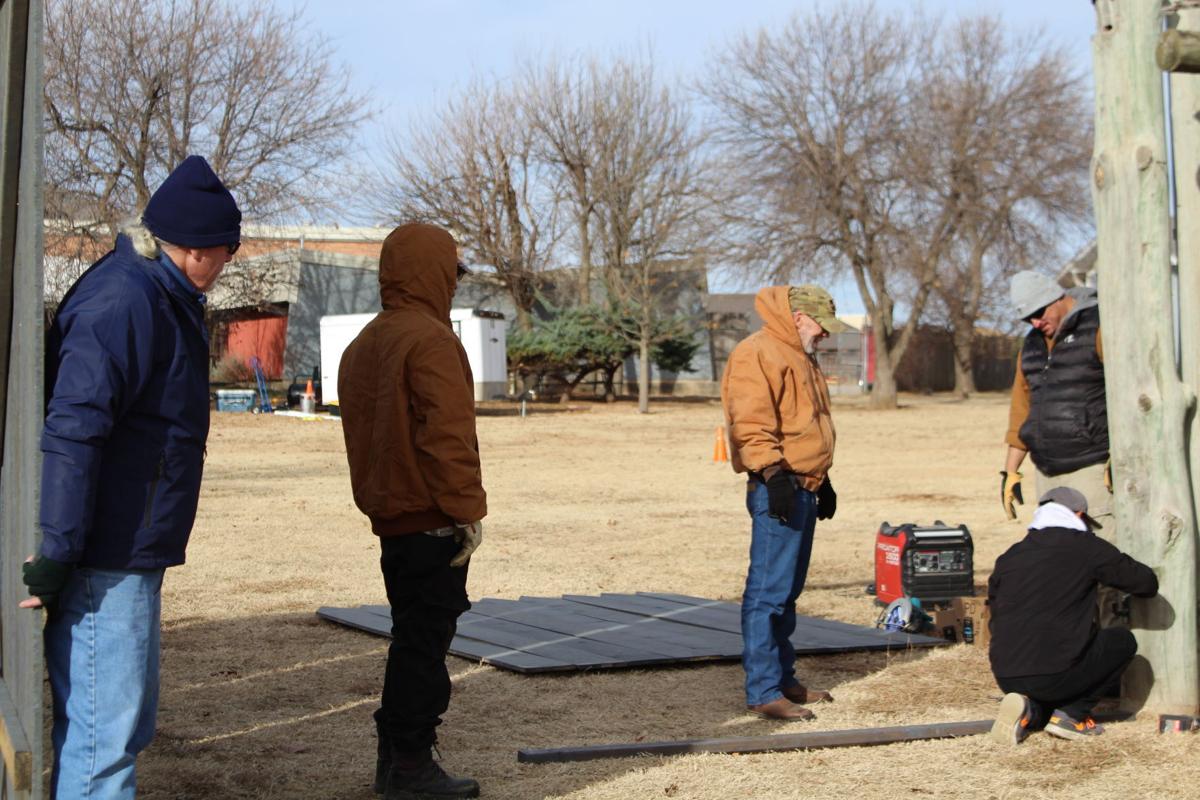 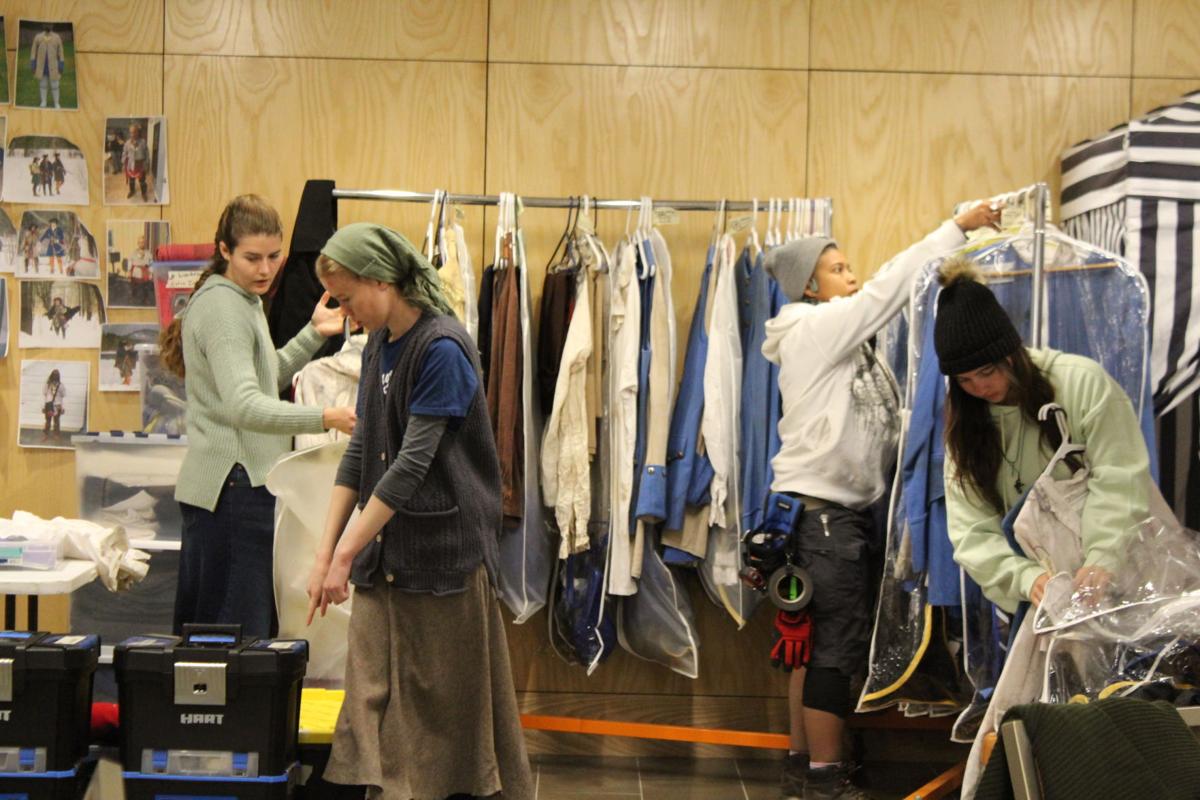 Costume Crew members sort costumes for "Washington's Armor" at the Museum of the Great Plains Tuesday. 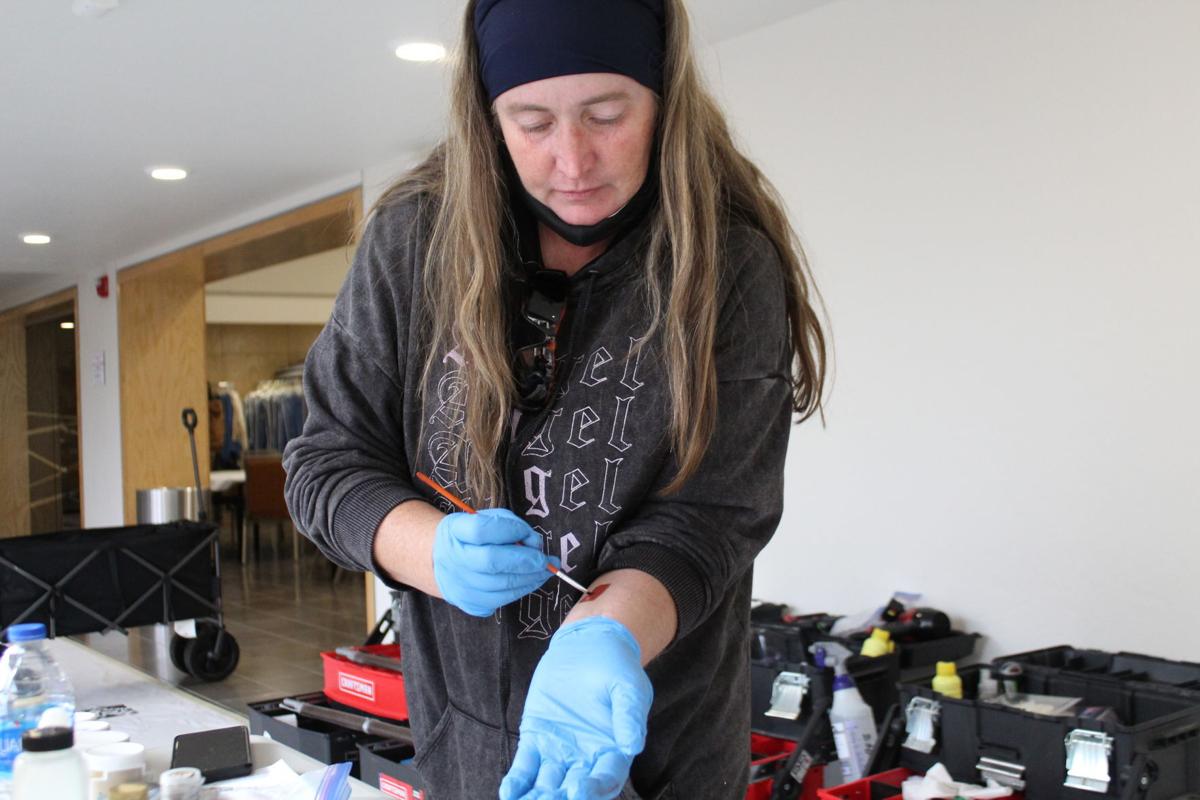 Brandi Knight, Special Effects and Make-up designer for “Washington’s Armor,” demonstrates one type of dirt make-up at the Museum of the Great Plains Tuesday. 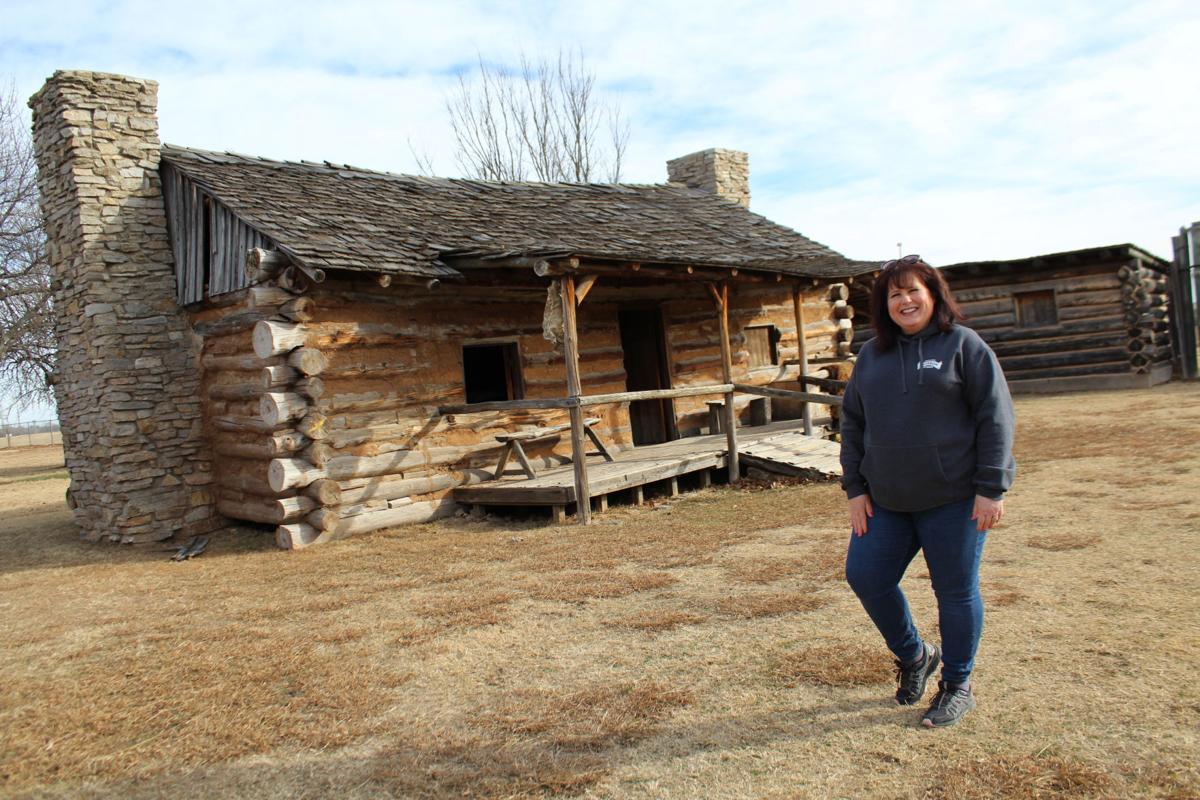 Line producer Christa Smith stands in the center of the Trading Post exhibit at the Museum of the Great Plains. 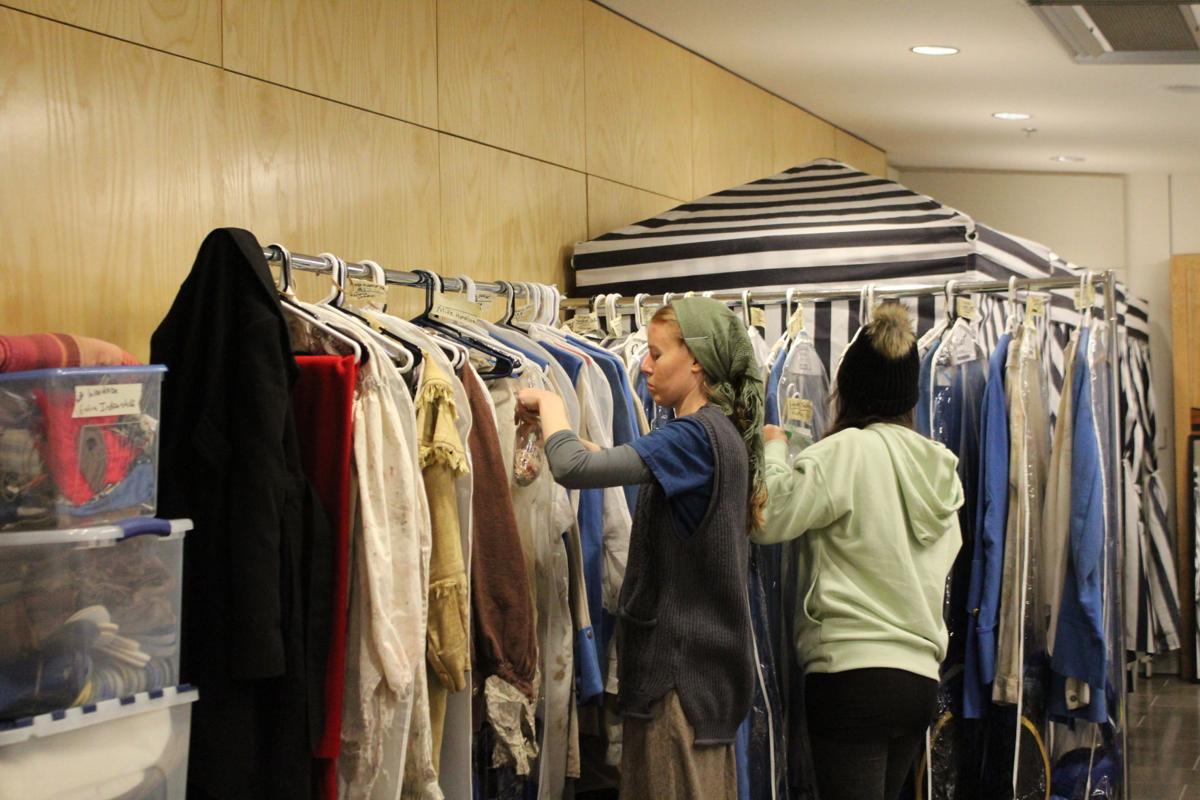 Brandi Knight, Special Effects and Make-up designer, mixes make-up for "Washington's Armor" at the Museum of the Great Plains.

Costume Crew members sort costumes for "Washington's Armor" at the Museum of the Great Plains Tuesday.

Brandi Knight, Special Effects and Make-up designer for “Washington’s Armor,” demonstrates one type of dirt make-up at the Museum of the Great Plains Tuesday.

Line producer Christa Smith stands in the center of the Trading Post exhibit at the Museum of the Great Plains.

The cast and crew of the historical film series "Washington's Armor" will be filming the final two scenes of the first film at the Museum of the Great Plains.

Filming will take place in and outside the Museum's Trading Post outdoor exhibit.

Various designers, producers and crew members arrived at the museum Tuesday morning with trucks full of props, costumes and other equipment.

Filming will take place on Wednesday and Thursday, during which time outdoor exhibits at the museum will be closed. The filming will mark the end of principal photography for the first installment of the film trilogy, which is slated for release Feb. 21st.

To shoot for historical film, “Washington’s Armor,” several minute historical details have to be taken into account not only from scene to scene, but from shot to shot.

One of the most important details that people wouldn’t usually think about, and something Brandi Knight, the production’s make-up and special effects designer has been very concerned with throughout shooting, is dirt.

“The type and color of dirt on an actor is important for showing where we are,” Knight said. “Not where we are location-wise necessarily, but where we are in the movie.”

Dirt looks different on a person as time goes on. For battle sequences dirt might be caked on, mixed with blood or mixed with water. If a character has been lying in the mud, or sweating in the wind, dirt might coat his clothes or face. If he sweats, the dirt moves and streaks.

Knight explains various types and uses of the dirt make-up she has arrayed on a wall with other make-up and props in a back room of the Museum of the Great Plains. A back room where, beginning at 7 a.m. Tuesday, various crew members unloaded equipment they would need to shoot their final scenes. This is the first installment of what will be a trilogy of films about the early life of the first American president, George Washington.

This will be the first feature to be filmed in Lawton since it was certified as a “Film-Friendly City” last year.

The ending of the film will take place at Fort Le Bouef, a former French controlled military base in Pennsylvania that Washington took a dangerous journey toward in his early military career, a journey that nearly killed him on several occasions.

Producer Theresa Hayes said that the search for a place to stand in for Fort Le Bouef went on for several years before the production team settled on the Museum’s Trading Post. The search included every possible stand-in for the fort they could find.

“It’s been wonderful working with the people here,” Hayes said. “I’m thankful the Lord allowed us to find this museum.”

The back rooms and outdoor exhibits of the museum are bustling with activity. Folding tables covered in costumes, make-up, plastic-mold muskets, office supplies and snacks line every wall. The corner of the room across from the door to the outside exhibits is lined with curtains that serve as actor changing rooms.

Just outside the makeshift changing rooms, costumes of varying sizes are hung, some still being sorted by a crew of workers overseen by Amber Haralson, the production costume designer.

This is Haralson’s first work on a period-piece film. She has been in constant contact with various historical advisers. She makes regular stops at every available fabric retailer she can find, looking for period-accurate fabrics, cheaper fabrics to stand in for those fabrics, and pre-made patterns for clothes that would have been worn in the mid-1700s.

Two years ago, the crew for the film recorded a sequence of George Washington crossing the Allegheny River. The sequence was filmed in New York and, due to the COVID-19 pandemic, it was some of the last filming they did until the summer of 2021.

The project was postponed but, according to Christa Smith, the line producer for the film, Director Tammy Lane’s passion for the project kept it alive.

“She’s been trying to get this done for 10 years,” Smith said. “She’s a real history buff, and she really felt this story needed to be told.”