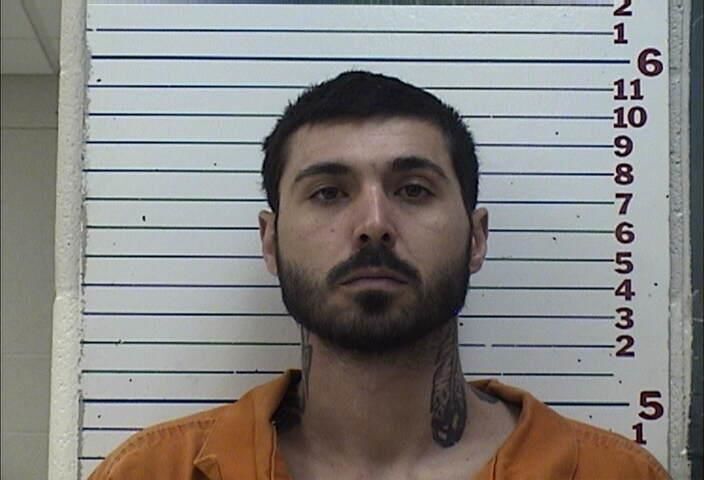 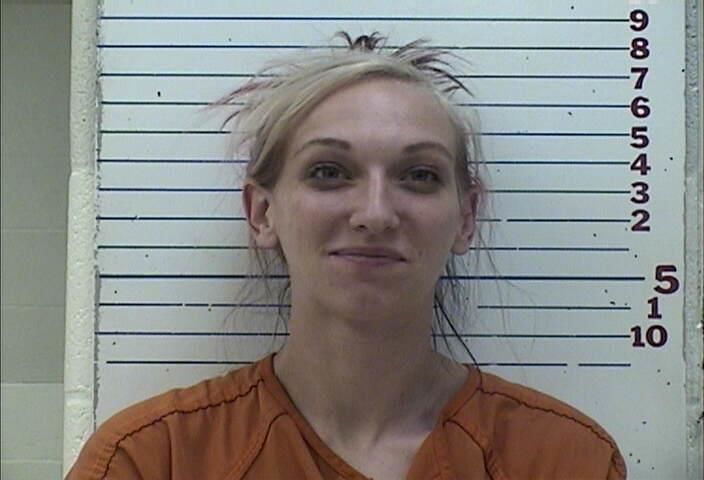 In a felony arrest warrant issued Thursday in the Comanche County District Court for the arrest of Robert L. Doak III, 25, he is accused of carrying several drugs with him while riding with Brandi Crosby and Larry Starr Hardison.

Crosby was seen driving the car while Hardison is accused of shooting at police. Investigators said Doak was a passenger in the Chevrolet Impala bearing Missouri tags that was doing 63 mph in a 50 mph zone traveling north on Interstate 44 from Lee Boulevard, the warrant affidavit states. Officer John Bordelon attempted to make a traffic stop but, instead, the Impala took off at a high-rate of speed.

The chase weaved in and out of traffic, passing vehicles on the right-hand shoulder while the pursuit northbound on the interstate was joined by the Oklahoma Highway Patrol, the affidavit states.

The Impala turned westbound onto Oklahoma 49 and turned back north onto Oklahoma 58. According to the affidavits filed against Hardison and Crosby, Hardison began shooting, striking Bordelon’s windshield three times. One bullet struck his lapel microphone and another grazed his face.

Bordelon was treated at a local hospital and released in stable condition that night.

The pursuit continued northbound at speeds over 100 mph into Caddo County before Crosby turned east onto Oklahoma 19 and, eventually, back into Comanche County, the affidavit states. Investigators said the suspects took a Dodge Trailblazer from the 15500 block of Comanche/Caddo County Line Road and ended up crashing into a tree at Lake Ellsworth.

The three then fled a short distance before Doak was found hiding in the tree line. Hardison and Crosby were apprehended, as well.

Doak was taken to Comanche County Memorial Hospital for treatment of an unspecified injury sustained during the pursuit, according to the affidavit.

Due to the officer-involved shooting, the investigation into the incident is being helmed by the Oklahoma State Bureau of Investigation (OSBI).

Hardison and Crosby are in jail on $1 million and $500,000 bond, respectively, for a litany of charges.

Doak will make his initial court appearance upon release from medical care.

•A felony arrest warrant was issued Thursday in Comanche County District Court for Robert L. Doak III, 25, for a felony count of unlawful possession of a controlled drug with intent to distribute after two or more felony convictions, as well as four misdemeanor counts of possession of a controlled dangerous substance. Due to three prior felony convictions, he faces up to 21 years in prison if convicted.

Doak has prior felony convictions from Cherokee County: May 2017, two counts of larceny of merchandise from a retailer; and July 2020, second-degree burglary.

A cash warrant bond of $50,000 was issued for Doak upon his arrest.

•Larry Starr Hardison, 33, of Lawton, made his initial appearance Wednesday morning in Comanche County District Court where he was charged with felony counts of shooting with intent to kill, use of a vehicle to discharge a weapon and possession of a firearm after former felony conviction, records indicate. He faces up to life in prison due to his prior convictions.

Hardison has prior felony convictions from Craig County from February 2016 for first-degree robbery and from Mayes County in May 2017 for possession of controlled drug with intent to distribute.

Hardison, who is held on $1 million bond, returns to court at 3 p.m. April 4 for his preliminary hearing conference.

•Brandi Crosby, 28, also appeared in court where she was charged with felony counts of endangering others while eluding/attempting to elude police, accessory to a felony and for possession of a firearm after former felony conviction, records indicate. She faces up to 10 years in prison per count.

Crosby has a prior felony conviction from Delaware County from September 2015 for possession f a stolen vehicle.

Crosby, who is held on $500,000 bond, also returns to court at 3 p.m. April 4 for her preliminary hearing conference.