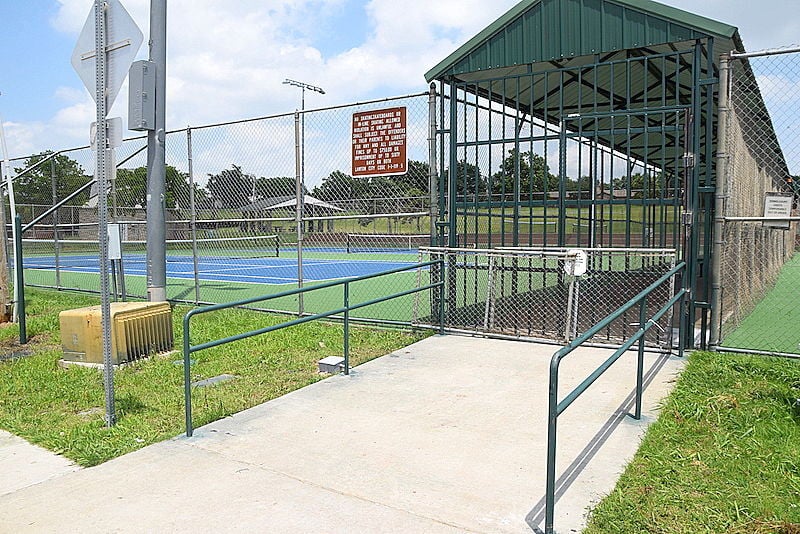 Time-locked gates to help control access are among the improvements made to the tennis courts in Greer Park, a project coordinated by the City of Lawton. 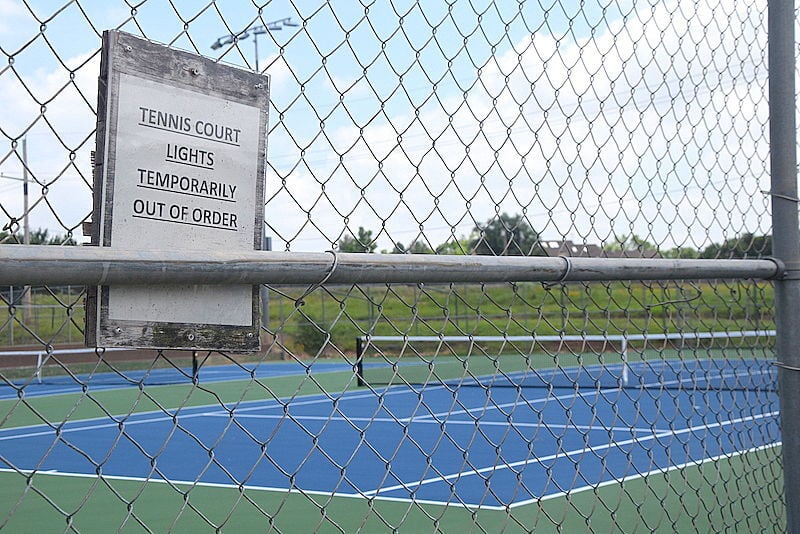 New gleaming surfaces and nets illustrate the renovation project that is nearing completion for the eight tennis courts in Greer Park, on Northwest 38th Street.

Time-locked gates to help control access are among the improvements made to the tennis courts in Greer Park, a project coordinated by the City of Lawton.

New gleaming surfaces and nets illustrate the renovation project that is nearing completion for the eight tennis courts in Greer Park, on Northwest 38th Street.

The City of Lawton is making plans to show off some of its recently renovated tennis courts, finished just in time for a summer tournament.

A rededication and ribbon-cutting ceremony is set for 10 a.m. June 24 at the tennis courts in Greer Park, located immediately south of Kid’s Zone at Northwest 38th Street and Meadowbrook. The eight courts are among those in city parks that were renovated under a $320,000 Capital Improvements Program project approved by the City Council in January.

“With top quality courts such as the courts we will now have at Greer Park, we will be able to host larger tournaments that bring more people to town and that is always a good thing for our city,” said Parks and Recreation Director Jeffery Temple. “Our first tournament on the new courts will be the Summer Sizzler Tournament in July.”

“We’re very grateful for the support of the City Council in following through on citizen-voted projects to improve the quality of life in our community,” Temple said. “We’re also proud of the staff members in the field who have taken on this project on top of many other responsibilities during our high season. We can’t wait to debut the new courts to the whole community.”

There are 13 additional tennis courts throughout Lawton in city parks. The courts in 35th Division Park, located at Northwest Dearborn Avenue and Northwest 6th Street, also were resurfaced this year and received new nets and poles.