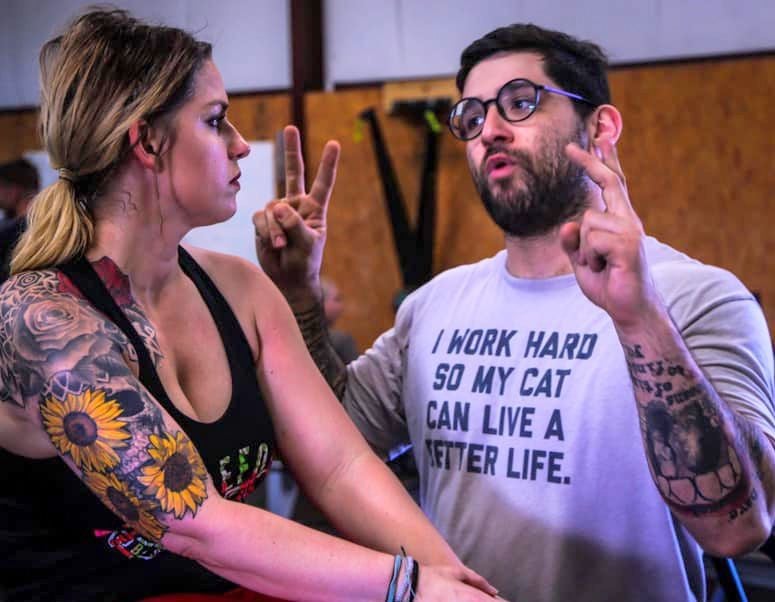 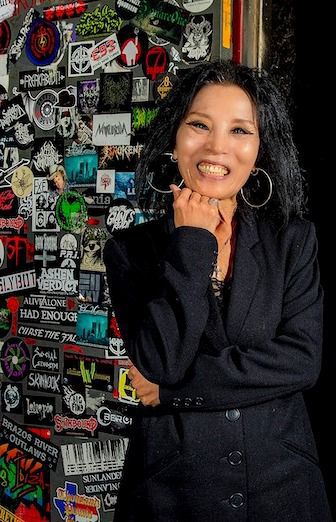 Kyong Dees, better known as Miss Kay to her patrons, said it was difficult to shut the doors to her beloved Railhead Saloon, 909 S. Sheridan, following the mayor’s order closing bars that took effect at 2 a.m. Wednesday. 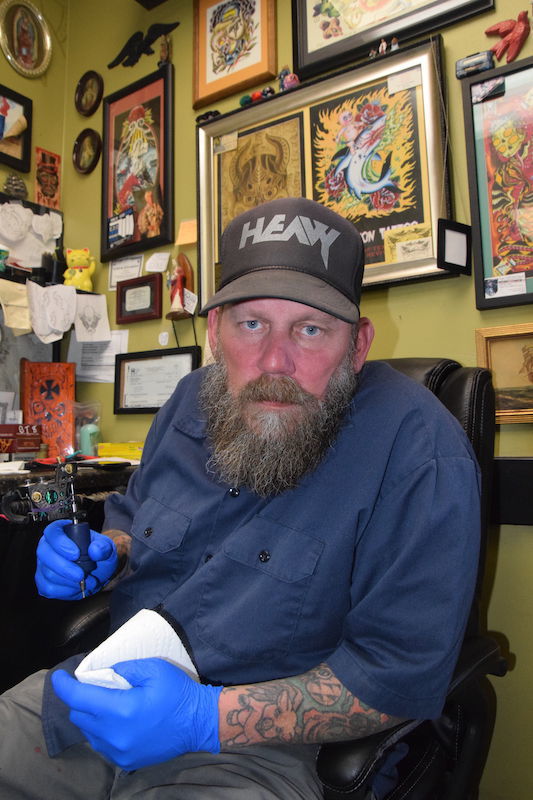 Although the doors are open, Rodney Schneider, co-owner of Shine On Tattoo, 6516 Cache Road, said only clients and artists are allowed inside these days. He assured that the artists will continue working until ordered otherwise.

Kyong Dees, better known as Miss Kay to her patrons, said it was difficult to shut the doors to her beloved Railhead Saloon, 909 S. Sheridan, following the mayor’s order closing bars that took effect at 2 a.m. Wednesday.

Although the doors are open, Rodney Schneider, co-owner of Shine On Tattoo, 6516 Cache Road, said only clients and artists are allowed inside these days. He assured that the artists will continue working until ordered otherwise.

Local businesses are feeling the pain from the state of emergency put in place to help stave off the spread of COVID-19.

Since Lawton Mayor Stan Booker’s declaration earlier in the week, several businesses have had to shut down or severely alter methodologies for remaining open. Gyms and workout facilities were one of the first businesses closed.

For Krystofer Bussell, owner of Southwest Barbells & Fitness at 810 SE 2nd, closing the doors to his gym has been devastating to him and to his clients making the journey to better health. After being open for two years, he said the doors shut immediately after the proclamation was made Tuesday. He has no idea when they’ll return to open.

“The problem is we were building such momentum that now we just don’t know (what’s to follow),” he said.

Uncertainty of what to do and what’s to follow is permeating everything. Bussell said he’s not sure when he’ll be able to reopen the doors. He’s filled with several questions: Will there be more shutdowns in the future due to the pandemic? Will clients move on? How will he survive when the facility provides his sole income?

“How long do we expect people to pay us money to not be able to do anything,” he said. “If we’re closed until August, if we can’t give any service, I don’t blame them (for asking for refunds) but I don’t want them to cancel.”

Bussell said that membership fees already paid are creating a dilemma. He doesn’t know for sure whether to refund clients or apply it in the future. That doesn’t mean his bills aren’t still due. And with no fresh income, how does he pay them?

“I don’t want to be unfair to clients,” he said. “If the government help could help us decide if we can prorate memberships or what we can do that would help in my decisions. We still want to be fair to our clientele but still want to keep our lights on.”

Bussell said he’s looking into potentially putting together online exercise classes for members to use the least amount of equipment. But to use his facility breeds uncertainty that he could be cited, even if it’s shut down to the public. Also, some equipment has been checked out by members and he’s trying to figure out the best way of having it returned in a safe manner.

His home may be the place to shoot the video for the class; he’s looking into it this week.

“That way, people can follow along and still feel a part of the community,” he said.

You can follow the Southwest Barebells Facebook page to keep up with the potential future classes and news about the facility. You can also send the business owner words of encouragement at a time when it’s needed.

“We’re scared of uncertainty,” he said.

Bussell said he’d like to know if it would be possible to use the facilities with classes that, with instructors, would be with 10 people or less. If that’s a no go, perhaps there could be some assurance from the government of impending relief. That would mean more than small interest loans which would cause him to incur more debt.

“It’s like taking five steps forward and two steps back,” he said. “We really want our clientele to keep us in the back of their minds.”

Bussell believes in the karmic notion that if you take care of your community, the community will come back and return the favor. Maintaining normalcy and calm in trying times is essential. Keeping faith that the over $1,000 a month he turns over for sales tax will return is another peg to hopefully hang the hat.

“I’m hoping everyone in the community comes back,” he said. “If it doesn’t come back to normalcy, I hope our tax dollars will come back. It would be nice to see that come back in a way that directly benefits me in a time of need.”

Local bars and restaurants were hit equally as hard.

The Railhead Saloon, 909 S. Sheridan, closed its doors at 2 a.m. Wednesday morning following St. Patrick’s Day revelry that turned into a wake of sorts. Owner Kyong Dees, better known as Miss Kay, said she became “shocked and anxious” about the closing because she felt it was going to threaten her employees, the bands she books each weekend and herself financially. Times are hard and fears are plenty.

“I knew I had to get a hold of my anxieties quickly and get focused to find a way to get through this ordeal without losing faith,” she said. “I have an employee who is trying to find alternative work to help with their finances. It is tough because no one is really hiring during this COVID-19 pandemic. I wish I could help them but it is so hard to have positive thoughts with something as scary as this virus situation.”

Musicians have been feeling the pain as well. Dees said she had to cancel all the bands booked to perform through April 16. It could go longer. She said they have all been very understanding and supportive of the situation.

“Although I cannot say I agree with the shutdown, I do believe it is necessary and I can only pray that one month is long enough to curb this contagion which is turning out to be more serious than I first thought,” she said.

Known by its patrons as more than Lawton’s only heavy metal club, Dees’ establishment has become the de facto home to the “Railhead Family.” After 20 years in business, the owner is feeling its personal loss as much as monetary loss.

“I miss my patrons already, a lot of them have been faithfully coming to the Railhead for years and I think of them as my extended family more than just customers,” she said. “All I want for them is to be safe and help each other and help those who need it. I know it is hard, but they need to keep their spirits up during these difficult times.”

Until things return to a sense of normalcy, Dees said she still has work to do during the shutdown. She’s ready for more work to follow once it has passed.

“I will go to the Railhead to clean it up and get it ready to re-open when I am able, and get those bands back on my stage,” she said.

Some businesses remain open but are having to alter the rules as well as tighten the basic notions of safety. The local tattoo industry is a case in point.

Shine On Tattoo, 6516 Cache Road, remains open. On its front doors is a sign asking to limit its visitors to clients and artists only. It’s part of continued safety protocols that co-owner Rodney Schneider says has kept the place in good shape over the past decade.

“We always go beyond the measures to keep our shop safe with cleaning and making sure the shop is a safe environment for our clients,” he said.

Schneider said that while his business is allowed to remain open, he’s asking clients to come solo to the shop. Also, if you’re feeling ill or have just got back from a trip or from overseas, wait until this state of emergency passes before scheduling your ink work.

“We will stay working as of now until further notice,” he said. “It’s crazy right now.”