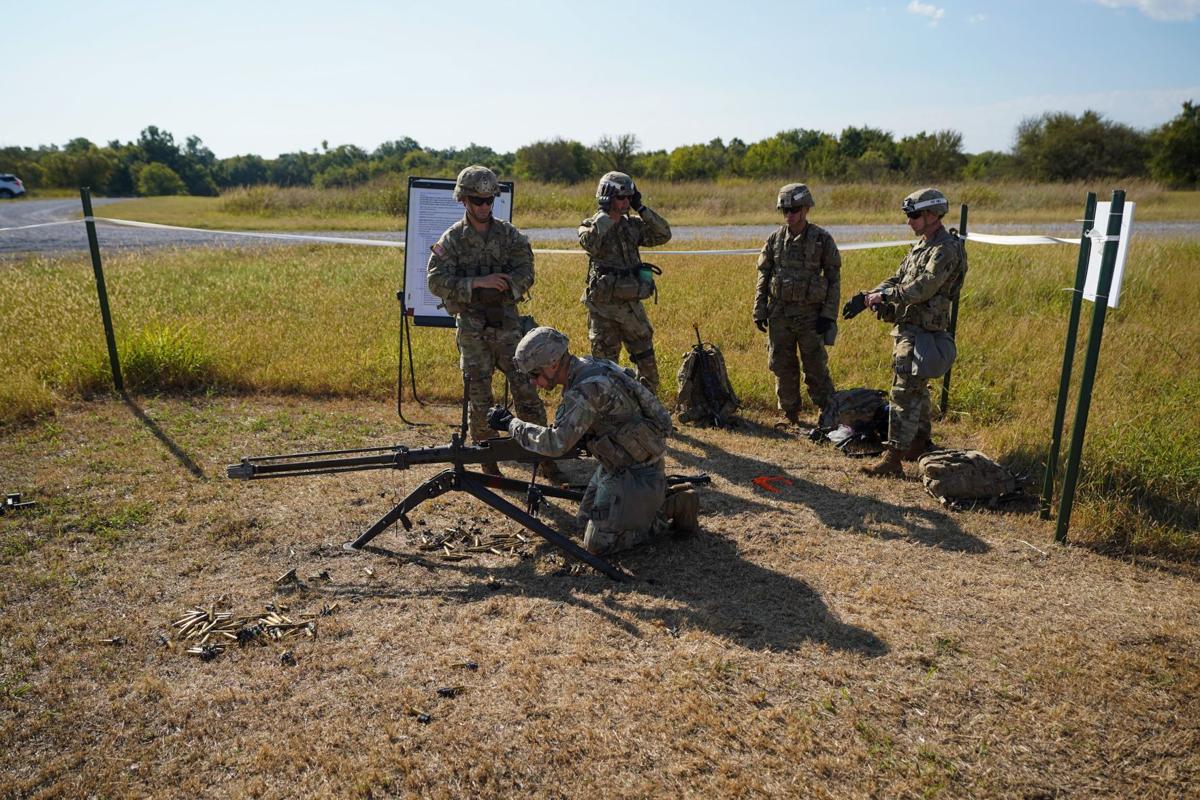 A group of soldiers on the weapons lanes practice their form before they test for the Expert Infantry Badge. 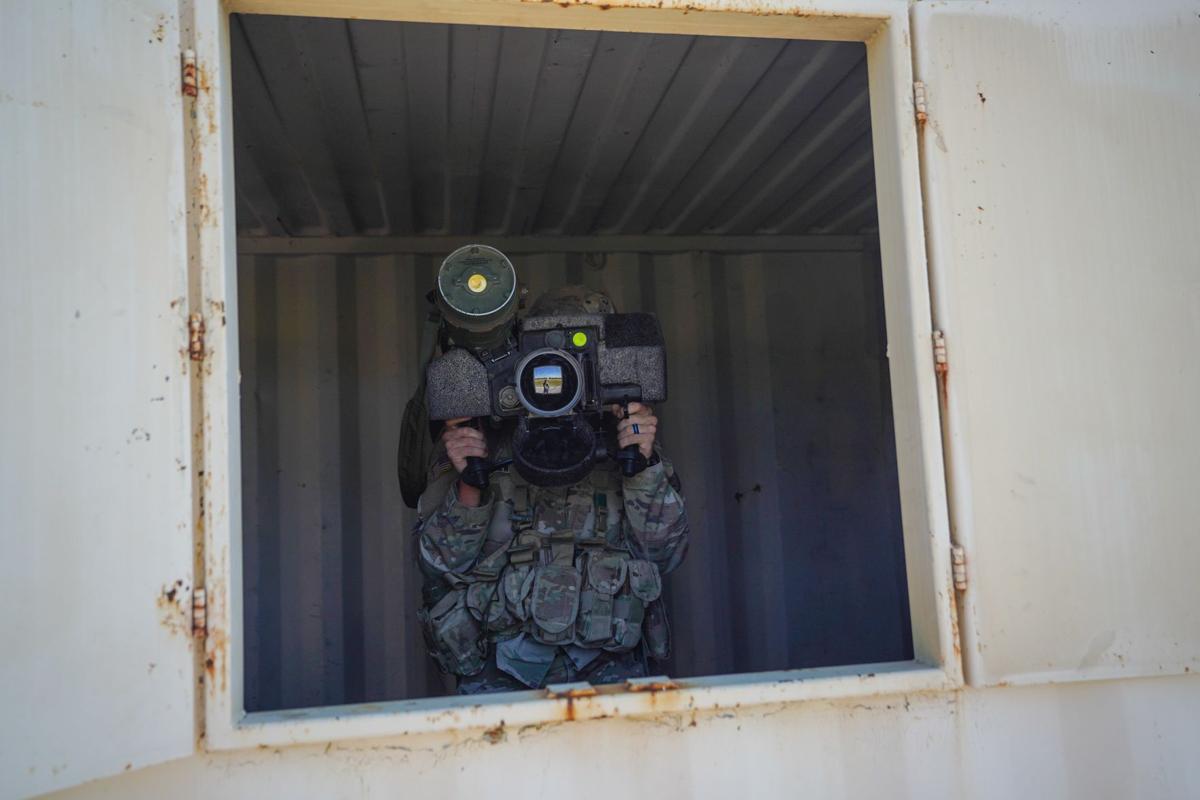 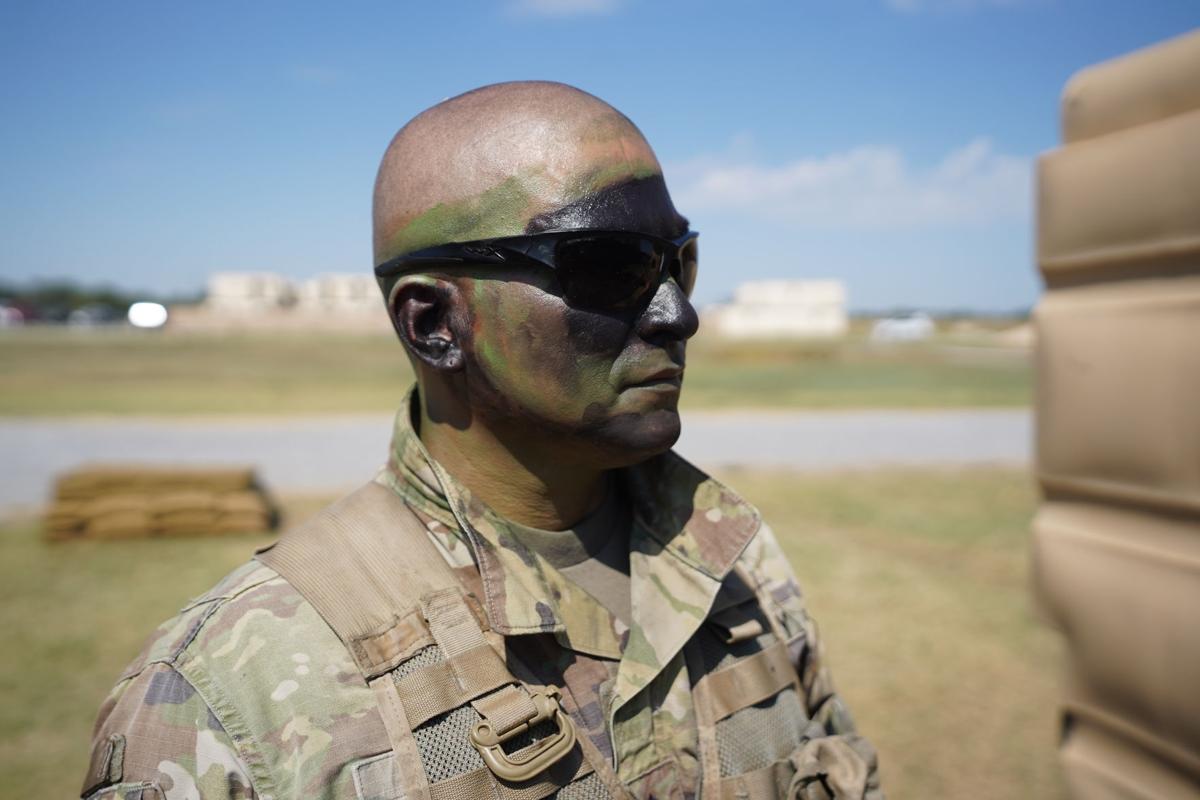 The fourth day of testing for the Expert Infantryman Badge covered the patrol lanes, including camouflage face painting. 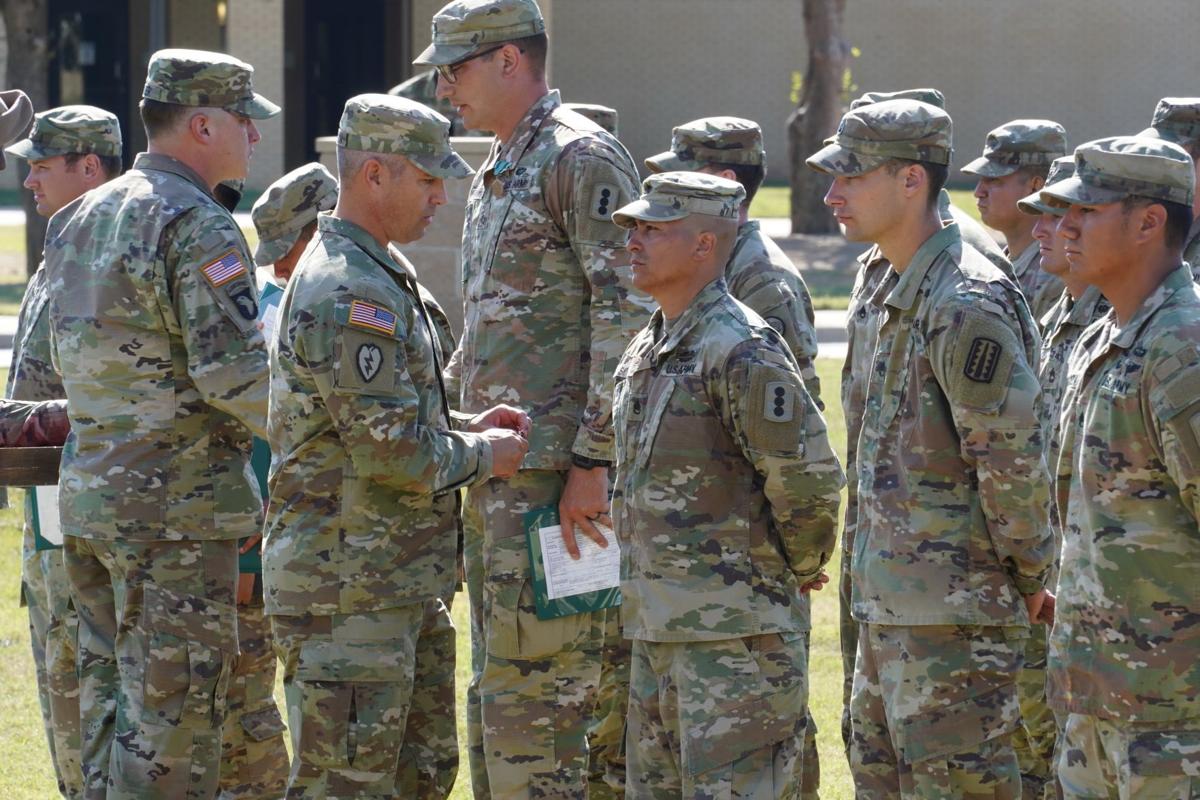 A group of soldiers on the weapons lanes practice their form before they test for the Expert Infantry Badge.

The fourth day of testing for the Expert Infantryman Badge covered the patrol lanes, including camouflage face painting.

A cohort of 98 soldiers from bases all over the country spent two weeks at Fort Sill training and testing for the prestigious Expert Infantryman Badge (EIB).

The badge, an important achievement for soldiers, requires a week of specialized training in each category and another week of testing.

Each category covers a skill vital to success as a soldier, and testing for the badge is no small event in the soldiers’ careers, said 1st Sgt. Joseph Stalinski, Bravo Battery 1-31 Field Artillery Battalion, who oversaw the administration of EIB training and testing.

“We need it for promotion. It shows the rest of the Army that, yes, we are masters of these level one tasks. You can take us anywhere, and we can do almost anything,” Stalinski said.

As a Field Artillery Unit, the 434th Field Artillery Brigade, which hosts Basic Combat Training at Fort Sill, does not typically host the EIB, and this is the first time it has been held here in over five years. Units from Fort Hood, Fort Jackson, Fort Leonard Wood and Fort Benning, as well as drill sergeants and cadre from Fort Sill, took part in the EIB challenge, which generally sees about a 40 percent success rate.

After a week of training, those vying for the badge were tested over five grueling days, which started with physical training and land navigation, including both day and night navigation. From there, they went to a day of weapons testing on 11 different weapons, followed by a day of medical lanes testing. Soldiers tackled patrol lanes, which covered a lot of day-to-day Infantry equipment use, and a 12-mile road march and weapons event before those who passed the testing were awarded their badges in a special ceremony.

Out of the 98 testing for the badge, 42 successfully acquired it and were recognized in a ceremony attended by family, friends, units from all over the country. Overseeing the ceremony were Col. Daniel Blackmon, Commander of the 434th Field Artillery Brigade, and Command Sgt. Maj. Scott Slater, also of the 434th. The keynote speech at the ceremony was given by Col. Antwan Dunmyer, Commander of the Airborne and Ranger Training Brigade (ARTB).

“This small but significant accomplishment is proof that being an expert infantryman is a physically and mentally demanding contact sport that always requires hunger, discipline, focus, self-motivation, and preparedness,” Dunmyer said in the speech.

The soldiers who achieved particularly high scores and had zero “no-gos,” or failed attempts at a task in the course of testing, were awarded the distinction of “true blue” and recognized by the command team of the 434th Field Artillery Brigade with a special pin.

“I got my EIB in 2009 when I was stationed at Fort Benning, Georgia. It is probably the most stressful week in an infantryman’s career,” Stalinski said.