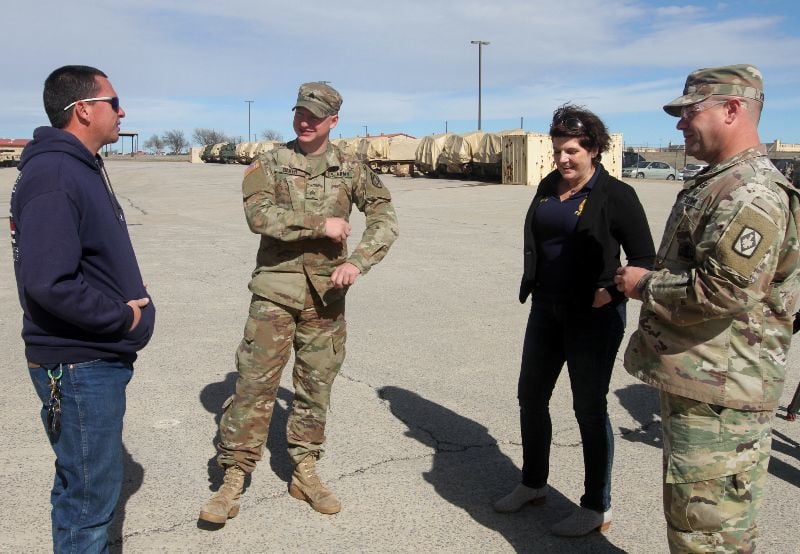 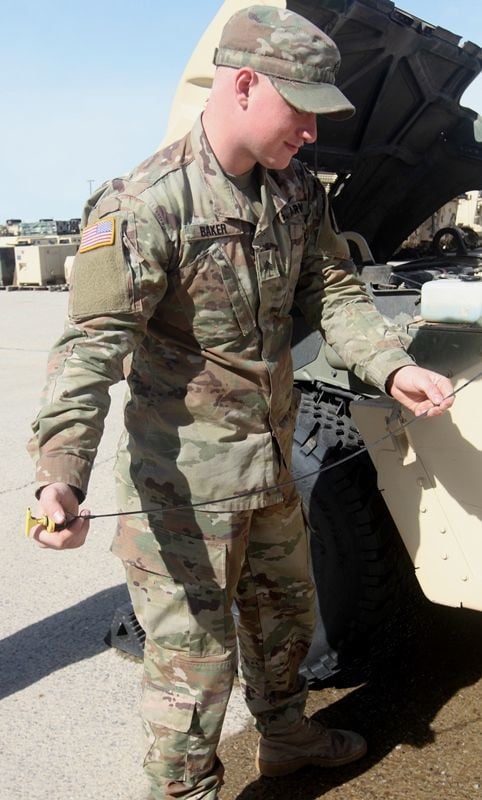 Sgt. Zak Baker, a wheeled vehicle mechanic with 66th Forward Support Company, 3rd Battalion, 13th Field Artillery, checks the oil on a humvee as part of his job in the “Red Dragon” motor pool. As the first to find an injured hiker last Saturday, Baker was able to render first aid. 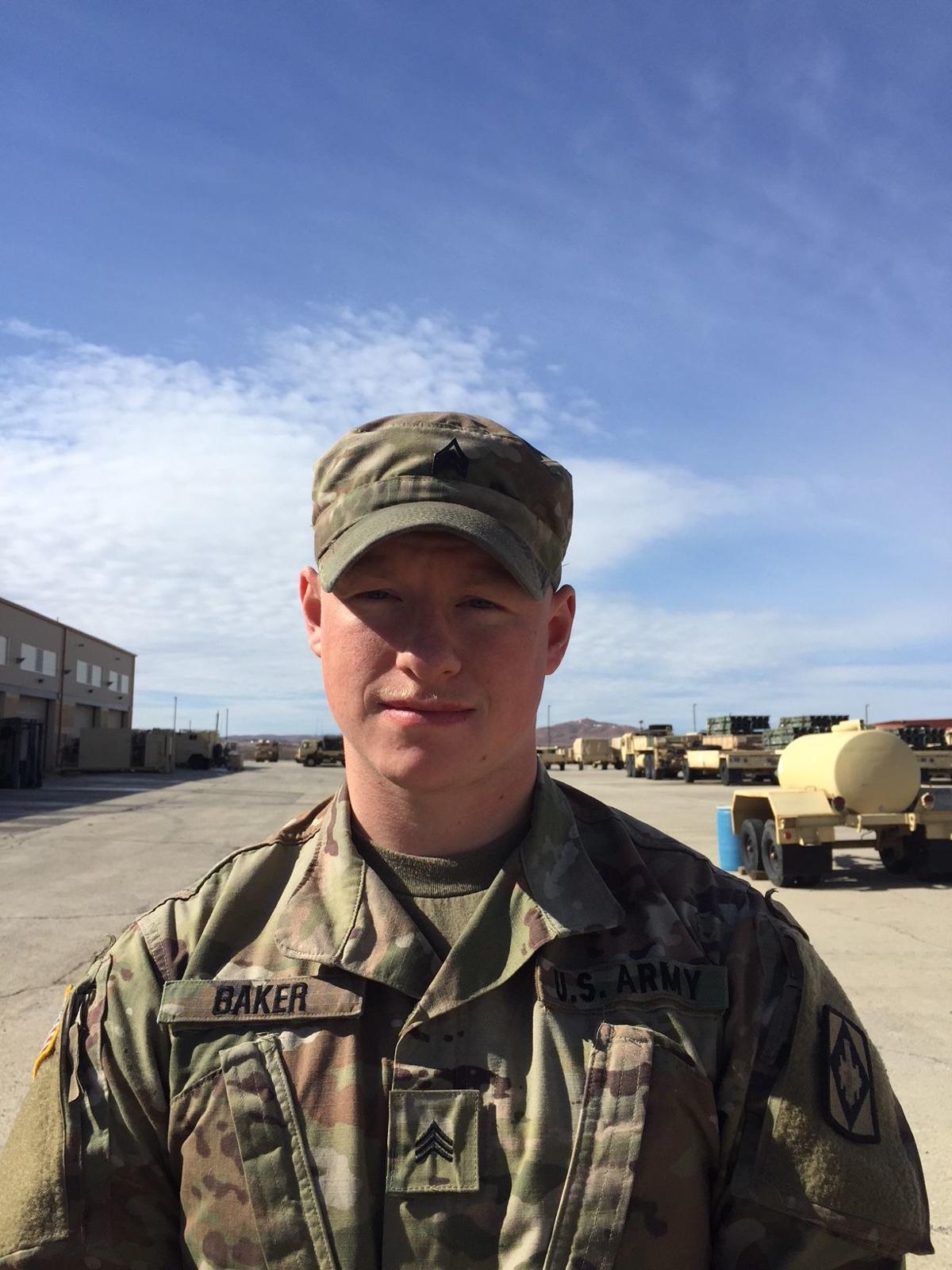 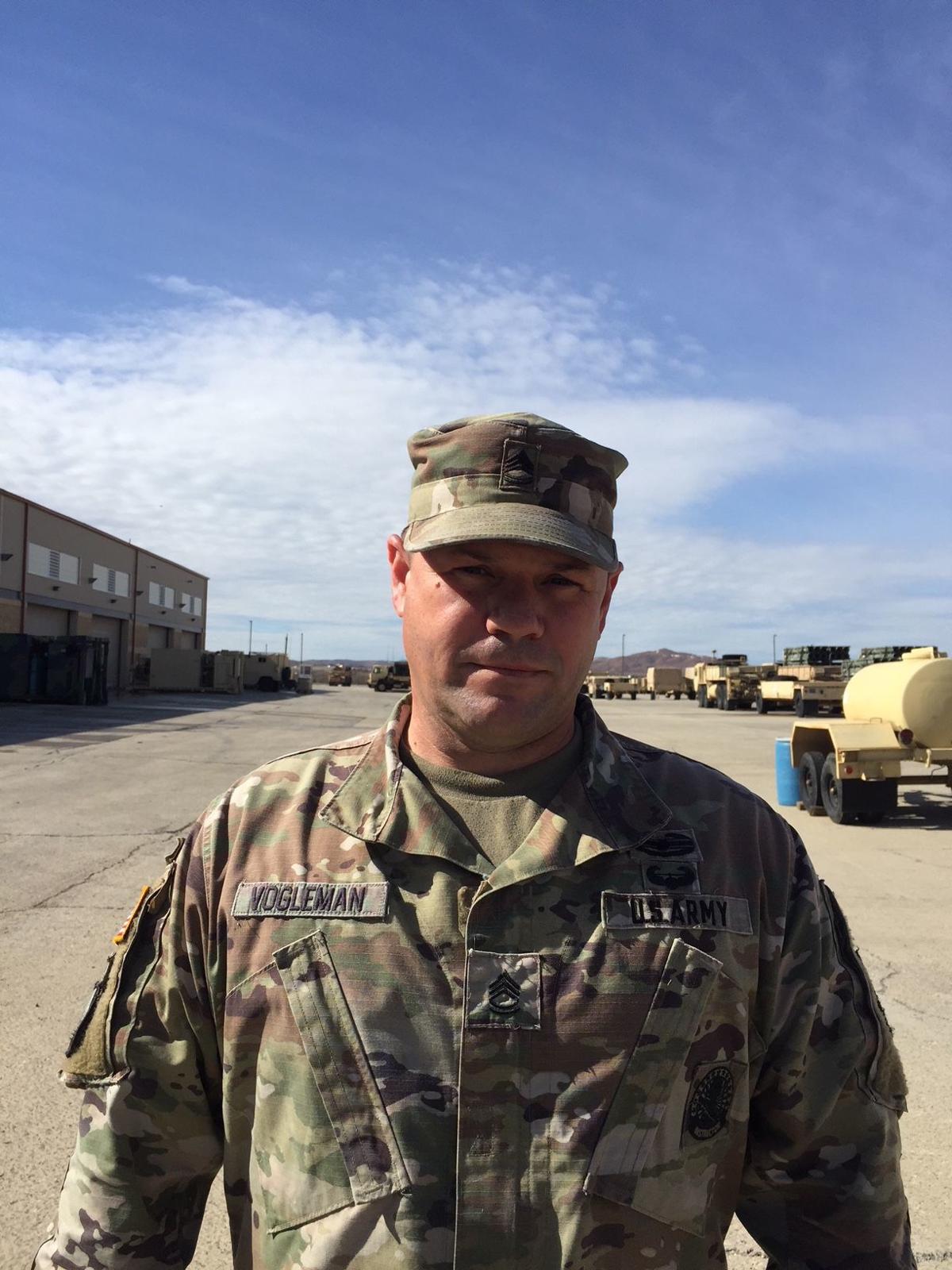 Sgt. Zak Baker, a wheeled vehicle mechanic with 66th Forward Support Company, 3rd Battalion, 13th Field Artillery, checks the oil on a humvee as part of his job in the “Red Dragon” motor pool. As the first to find an injured hiker last Saturday, Baker was able to render first aid.

Two Fort Sill soldiers were the first to reach an injured hiker during a search and rescue operation last Saturday at the Wichita Mountains Wildlife Refuge.

Sgt. Zak Baker, a wheeled vehicle mechanic with 66th Forward Support Company, 3rd Battalion, 13th Field Artillery, said he’s been in the Army going on five years, and he goes hiking at the refuge just about every chance he gets — two to three weekends out of the month. He generally likes to get at least four miles in.

That day he went with a buddy from his unit, Sgt. 1st Class Chris Vogleman. They started off for the base of Crab Eyes at 10 a.m. and got there about 11:15 a.m. That’s when they saw the Air Evac rescue helicopter flying around, so they decided to make their way back to where they had parked their cars.

At Sunset Picnic Area they found an ambulance driver and a base of operations. They asked the driver what was going on, and he informed them there was a fallen hiker.

Vogleman and Baker decided they would go up Elk Mountain to help find him.

“We ended up actually getting to him prior to any fire rescue or (refuge) crews,” Baker said. “We had no idea where he was. We just got lucky. And through a bit of surveillance we were able to find a group of hikers who were congregated at the top of the cliff where the person had fallen, and they pointed us the way.”

While Vogleman went off to notify U.S. Fish and Wildlife Service personnel where they had found him, Baker decided to free-climb down about 30 feet into the Rock Room, doing what’s called a chimney climb.

“I happened to have my climbing shoes on me, because they were in my bag. I didn’t know the condition of the fallen hiker at the time,” Baker said.

There is standing water inside the Rock Room, but he found the hiker conscious and lying on some rocks beside the water. The young man had a laceration on the back of his head and was in pretty rough condition, so the sergeant performed first aid while he kept the man talking to try to keep him from going into shock. Baker had an emergency trauma blanket, and he put that on the man.

“That was pretty much all I could do from my end. I had a medic bag, but beyond basic first aid I couldn’t do much,” he said.

So he waited for the professionals to show up. Members of the Cache Volunteer Fire Department were the next to arrive, and they put their training to work.

“We were going to practice, and we noticed there was a rescue in progress,” Pettit said. Since she and Kelly are the Level 2 rope-rescue-certified technicians on the Cache Fire Department, they offered to help Fish and Wildlife law enforcement officers. They left roughly around lunchtime and it was probably an hour and a half before they got to the patient. They found Baker and Vogleman on site, and Baker had already provided what care he could to the injured man.

“Sgt. Baker was instrumental in that initial care, and we found out later that Sgt. Baker and Sgt. (1st Class) Vogleman had actually completed their hike and then went back another two miles over some pretty treacherous terrain to go help this patient,” Pettit said.

“It was a pretty tight fit,” she said of the rescue operation, adding that it could have ended very badly, but with everybody pulling together, the extrication was a success: “It was a multi-agency rescue, and because of everybody’s working together, this maintained its status of a rescue rather than becoming a recovery, which it could have easily become.”

Kelly said he and Pettit provided treatment to control some of the bleeding. The hiker complained of shoulder pain, so they splinted his arm in that area as best they could.

Rope rescue teams from the Lawton and Fort Sill fire departments arrived shortly after. First responders lowered a back board and a Stokes basket into the Rock Room. Kelly said they placed the patient on the backboard and secured him to that, then secured him inside the Stokes basket. The Fort Sill rope team finally pulled him to the surface between 5:30 and 6 p.m.

Once he was out, Baker and Vogleman helped carry the man about 200 feet over rocks and gullies to the top of a hill where the Air Evac helicopter was waiting. Vogleman said it took them about three hours to get up there, and it was about 8:30 p.m. by the time the hiker was loaded onto a helicopter for a ride to the hospital. Second Lt. Roy Soto, a student in Basic Officer Leader Course, also helped.

Baker said he always takes a medic bag with him when he goes hiking.

“That’s the only thing to do,” he said. “Because of what I know from the Army through CLS (combat lifesaver skills) and TC3 (tactical combat casualty care), which is the Army medical training, I’ve concluded that you’ve always got to be prepared.”

He doesn’t have a snakebite kit yet, but summer coming he said, “That’s the next thing I’ve got to get.”

Baker said his superior officers have been supportive of what he did that day. They congratulated him and told him it was a good thing he did for the injured man.

Because of federal privacy laws, the young hiker has not been identified. Kelly could only say he is a civilian from the Dallas area and apparently came to the refuge alone before meeting up with some other hikers. He did not know where the patient was taken for treatment.