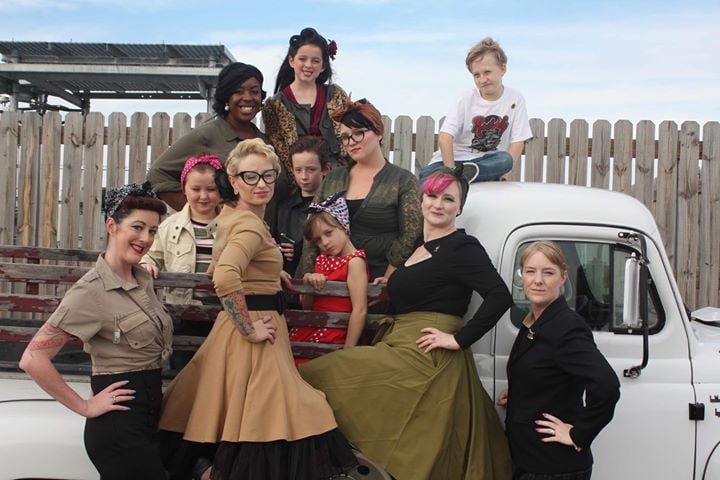 Members of the 580 Rockabilly Rebels pause for a photo after serving meals to veterans at the VFW Post 5263 on Sunday afternoon. The Rebels recently expanded their membership to include men and children. 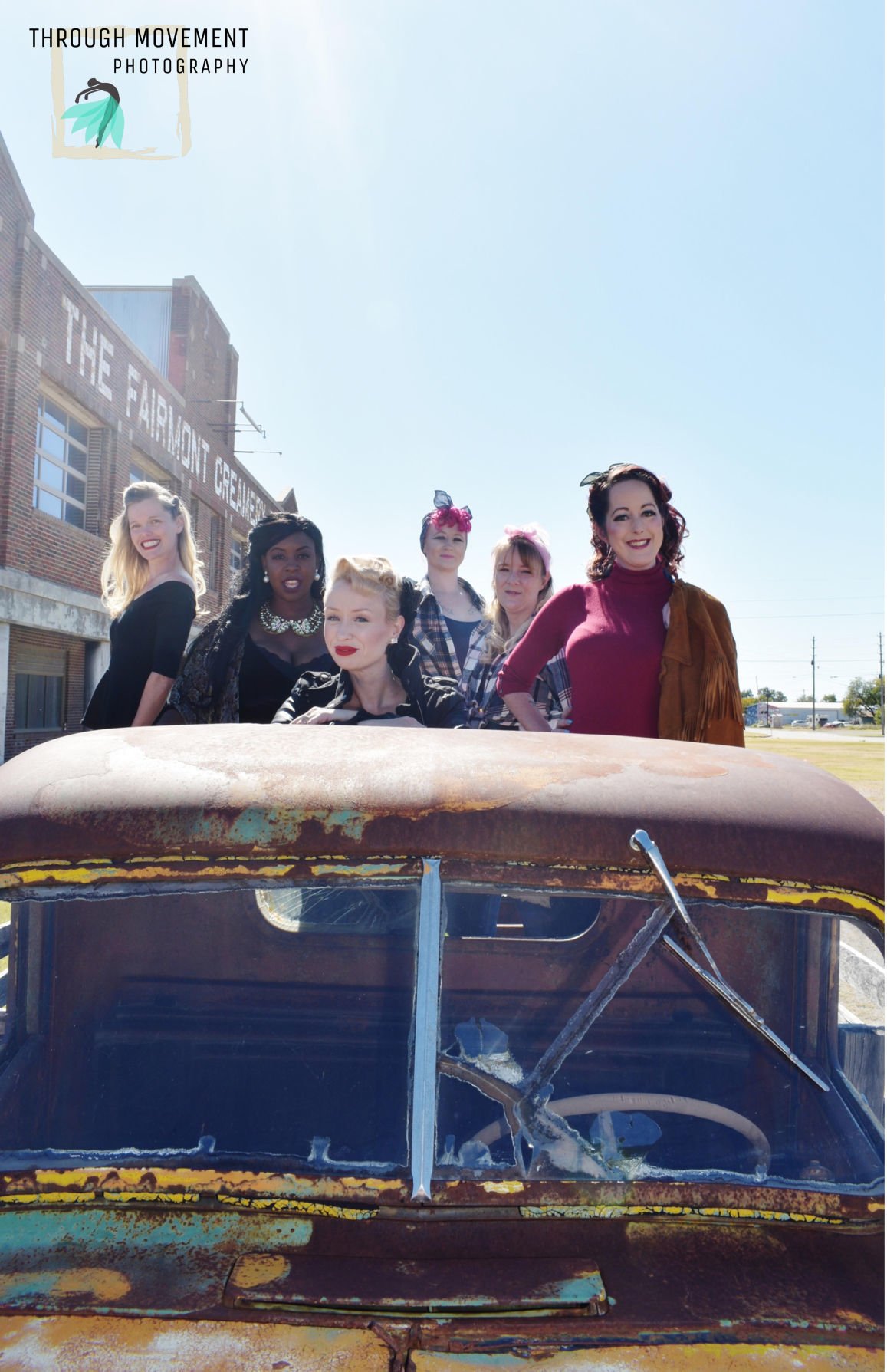 Members of the 580 Rockabilly Rebels Club want to be the "legs and voice for those organizations and causes that need to be brought to the forefront," said Sasha Shelton, pictured second from left, who helped incorporate the group. The club recently expanded its membership to include men and children.

Members of the 580 Rockabilly Rebels pause for a photo after serving meals to veterans at the VFW Post 5263 on Sunday afternoon. The Rebels recently expanded their membership to include men and children.

Members of the 580 Rockabilly Rebels Club want to be the "legs and voice for those organizations and causes that need to be brought to the forefront," said Sasha Shelton, pictured second from left, who helped incorporate the group. The club recently expanded its membership to include men and children.

The dolled up members of Lawton’s newest retro-inspired group, the 580 Rockabilly Rebels Club, are not without a cause. In fact, they’re positively brimming with goals and plans, all in the name of giving back to the community.

From serving up meals for veterans to collecting food and water donations for those in need, the club is building its reputation as a go-to gang when it comes to getting something done around town.

Community happens all around us: at potlucks, in libraries, on the dance floor. This new weekly series will spotlight community builders in Lawton and the surrounding area that are working to give our city and region an identity we can be proud of. Know a person, place or event bringing people together? Let us know at hannah.maginot@swoknews.com.

“Our group doesn’t want to be one that goes to events and takes pictures and that’s it,” said Sasha Shelton, who helped incorporate 580 Rockabilly Rebels. “We like to put our hands in the community and be the legs and voice for those organizations and causes that need to be brought to the forefront.”

Formed this fall out of their former identity as the 580 Vintage Vixens, the club has expanded to include men and children, known as Rebels and Juniors, respectively.

According to Shelton, many of the women in the group — known as Vixens — have spouses and children who wanted to get involved.

“We’re trying to teach the young ones about history and about how to give back,” Shelton said, “and how to have compassion for their community, because it’s a lost art, honestly.”

The club’s members have volunteered with many nonprofits around town, including Hungry Hearts Feeding Ministry, the HC King Center and Family Promise. Last month, they helped at the American Cancer Society’s Bark for Life of Comanche County, and on Veterans Day weekend, they spent Sunday afternoon at VFW Post 5263, serving meals to local veterans and their families.

Often, the group rallies around a cause that is near and dear to one of their fellow members, like the Relay for Life of Comanche County, which kicks off its 2020 campaign at 5:30 Thursday evening at Comfort Suites, 201 SE Interstate Drive.

“My sorority is very into cancer awareness, so I’m tying both of these together,” said Shelton, who is also a member of Omega Zeta Theta at Cameron University.

Sometimes, Clark said, the club serves as the middle man, helping make connections for local organizations, gathering everything from bottled water to YMCA day passes. They spread the word via their Facebook page, sharing posts that detail drives, like the Comanche Nation Casino’s toy drive or Walmart’s blood drive. With more than 1,400 people following their page, it’s an effective way to collect supplies and donations quickly.

The adult members of the club participate in an ongoing group message, and Shelton said a mere mention of a cause or a need is all it takes to get people on board.

“We all contribute in many ways,” Shelton said, “and that’s the best part of this.”

Each member has talents and skills they bring to the table: Shelton is a master connector and helps manage the group’s communications and public relations efforts. Her fellow incorporator, Shara Day, a graphic designer, created a new logo for the group. Clark puts her administrative skills to work keeping the group on task.

A Lawton native, Clark has loved dressing in vintage wear since she was a teenager. She was initially inspired by the classic films she watched with her mom, featuring the likes of Ginger Rogers and Fred Astaire.

Decked out in leather and plaid, topped off with bright pink pin curls and black winged eyeliner, Clark is a classic Vixen. Everywhere she goes, people comment on her style, which Clark said she takes advantage of, using it as a chance to spread the word about the work 580 Rockabilly Rebels members are doing around town.

Sometimes the group visits local retirement and nursing facilities, where they end up bringing the past to life for the residents.

In the midst of dressing up and serving the city, the club’s members have created a community for themselves. Many of them are military members and spouses, like Day, whose husband recently retired after 20 years of service in the U.S. Army. She said finding a group like this to belong to has brought her out of her shell and given her an outlet for her creativity.

“For so many years, we were moving every couple years,” she said, “so to finally have a place to invest, it’s really exciting for me.”

The club’s members have seemingly endless vision for their group: several members have moved to other states and hope to start new chapters of Rockabilly Rebels across the country. The club is also at the start of its participation in its first national nonprofit campaign, for an organization called PAVE, which empowers survivors of sexual assault to thrive after trauma and galvanizes communities to end sexual violence.

For more information or to follow the group, go to facebook.com/TheRockabillyRebelsClub.