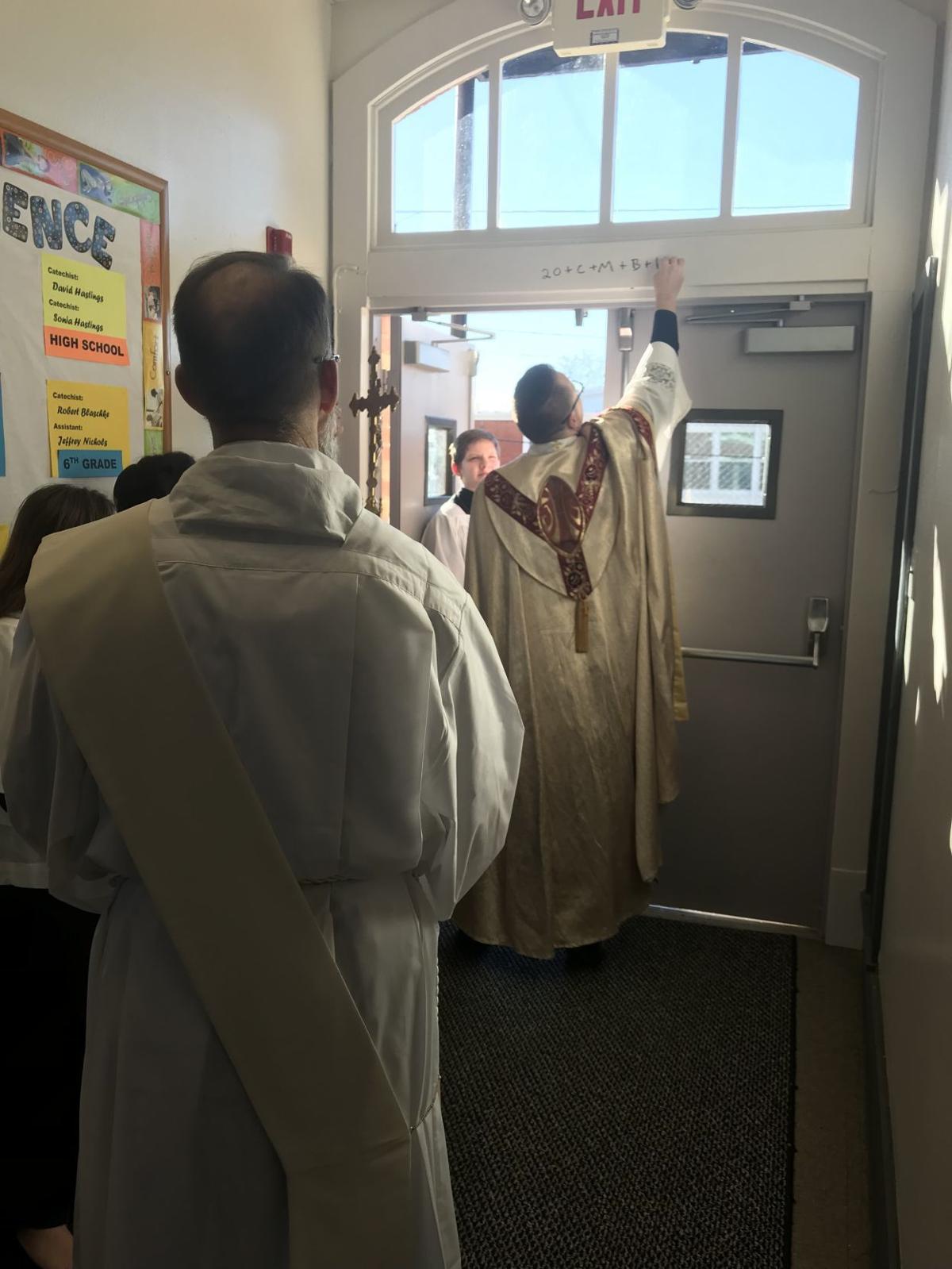 Father Brian Buettner participates in the annual Chalking of the Doors, a Catholic Tradition. 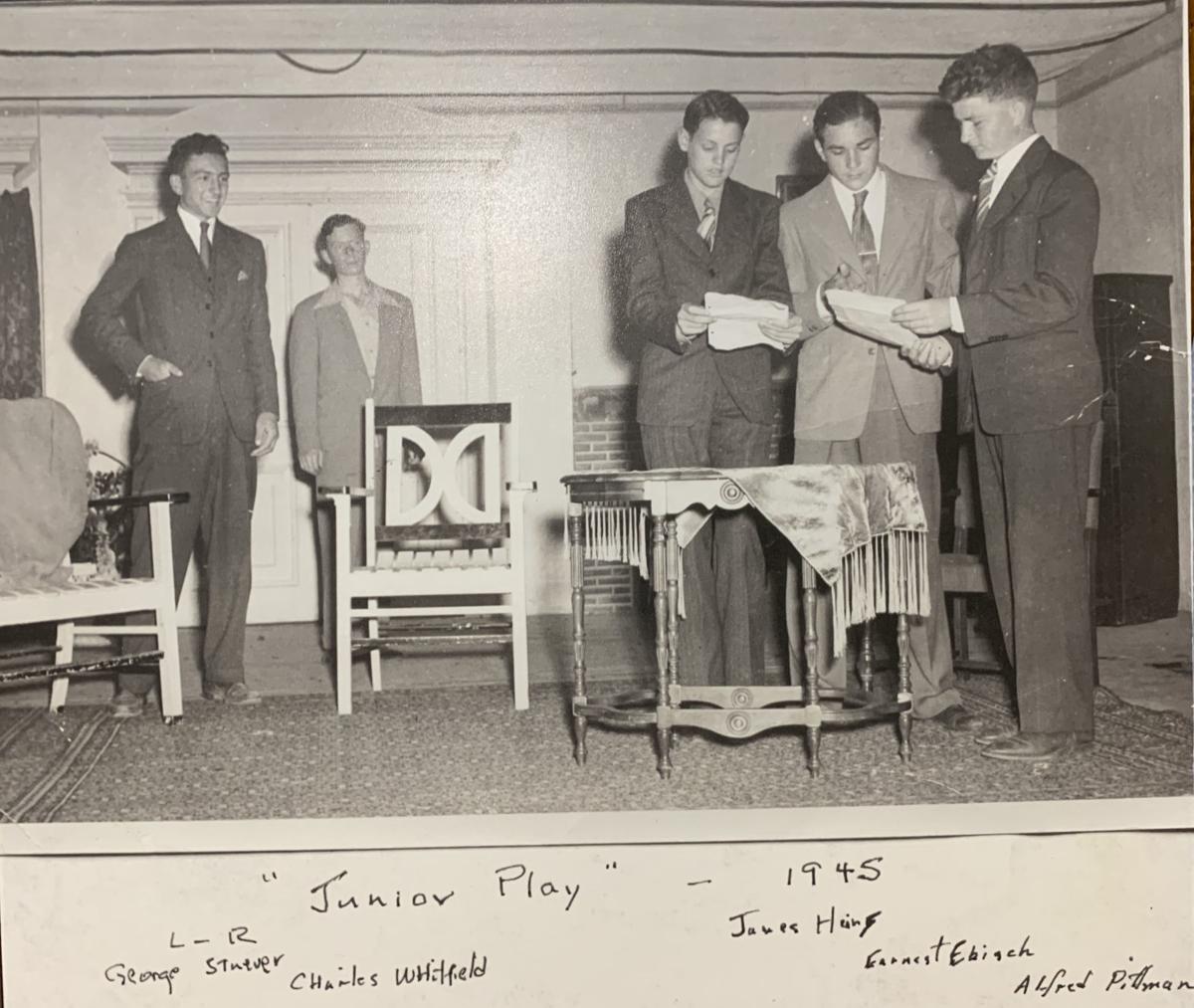 Students at St. Mary's participate in a junior play in 1945. 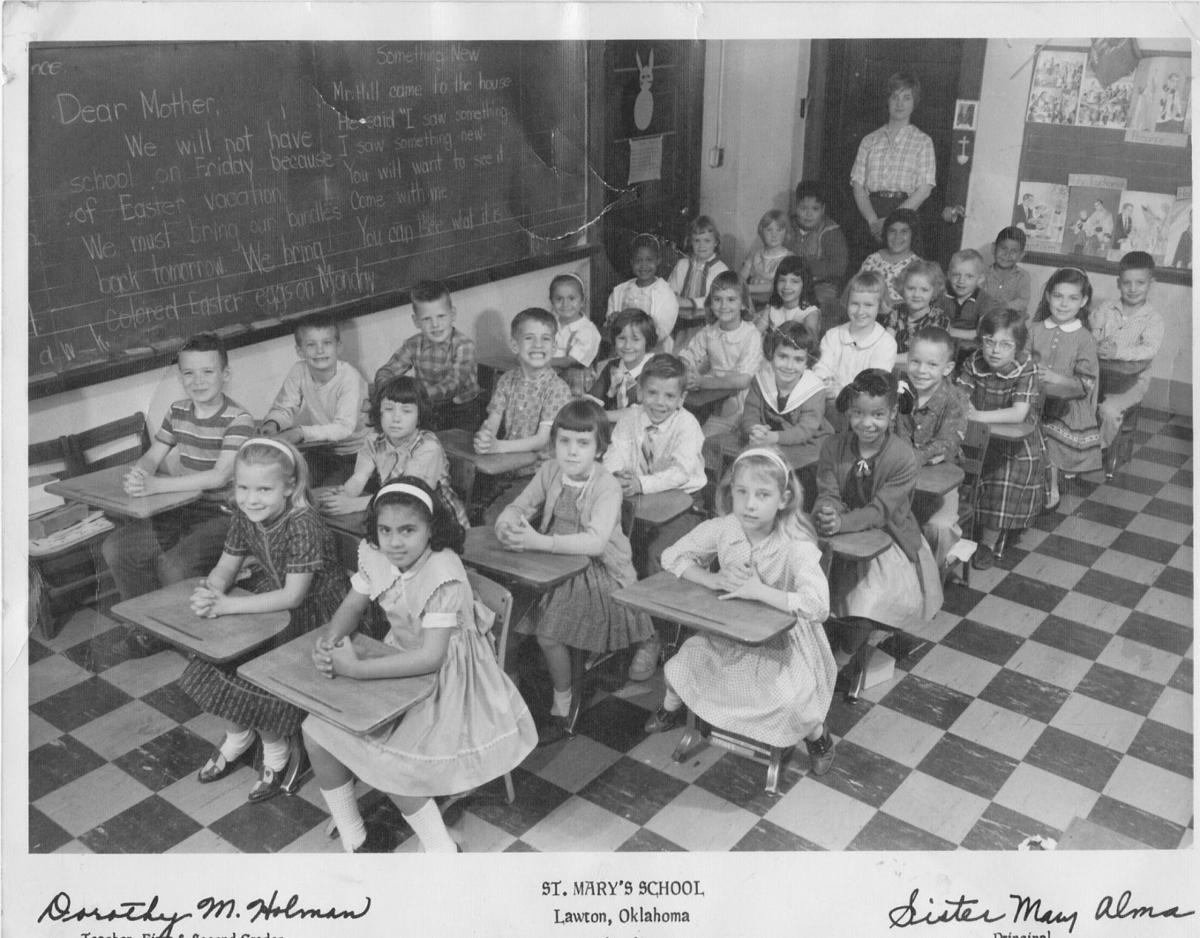 A classroom at St. Mary's poses for a photograph. 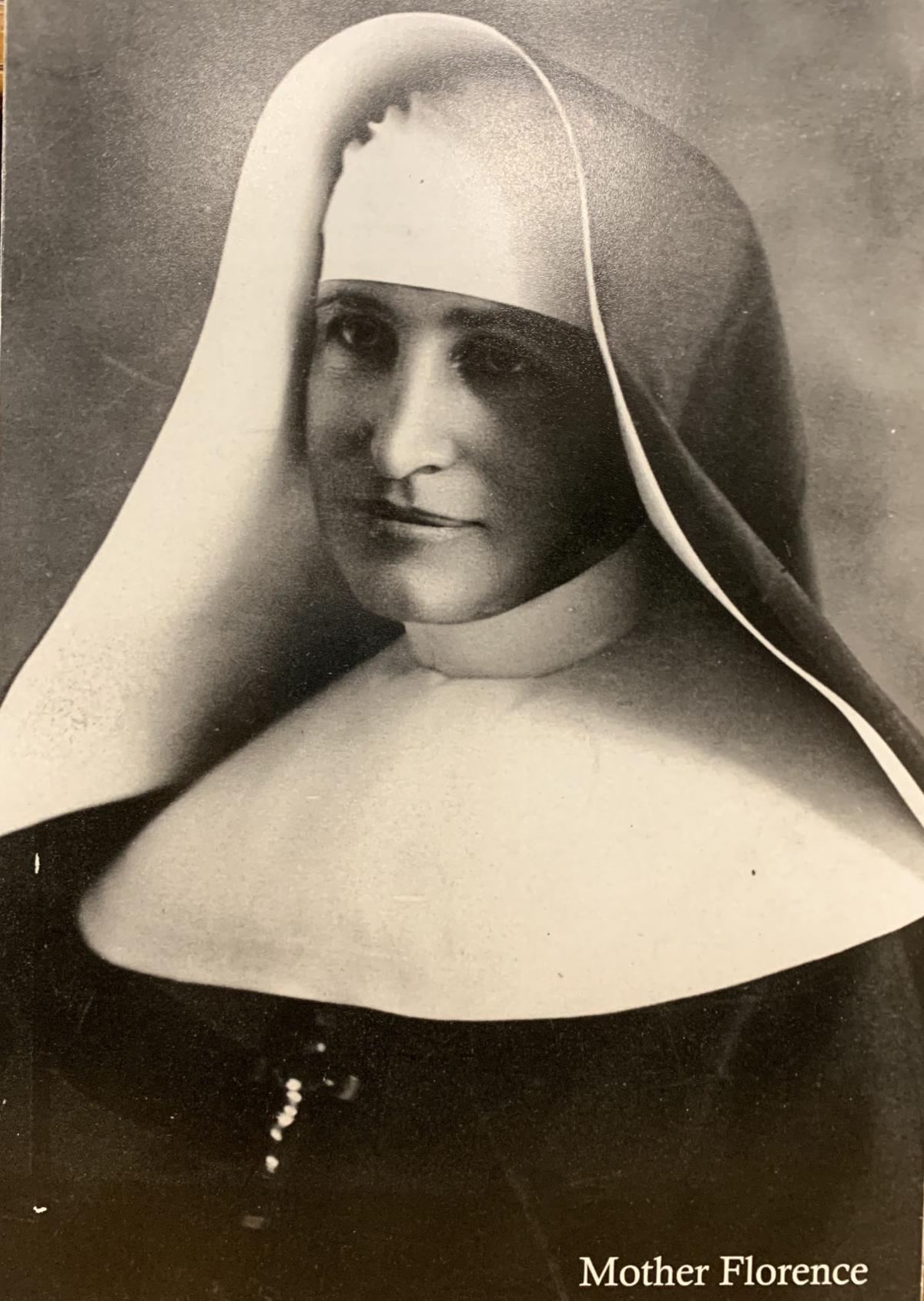 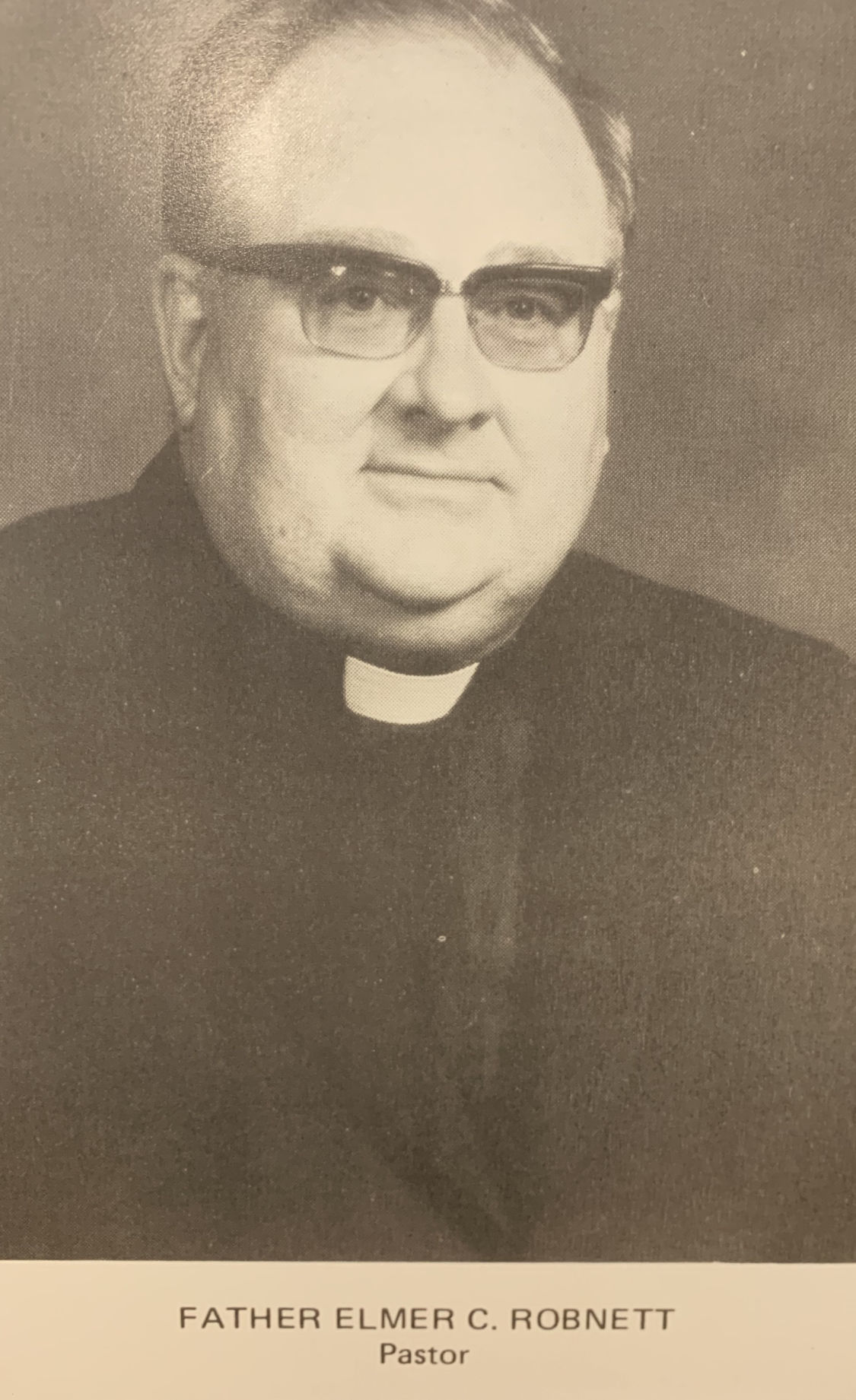 Father Brian Buettner participates in the annual Chalking of the Doors, a Catholic Tradition.

Students at St. Mary's participate in a junior play in 1945.

A classroom at St. Mary's poses for a photograph.

When the Archdiocese of Oklahoma City announced the closure of the 113-year-old St. Mary’s Catholic School in Lawton, many of the school’s alumni didn’t want to believe the news.

“I thought it had a good chance of succeeding because it was the only Catholic school in Lawton,” said J.P Richard.

Many of St. Mary’s alumni are grieving the school’s loss and reflecting on their time there in the aftermath of its closure.

Richard graduated from St. Mary’s in 1965. His class contained 23 students that year, 5 boys and 18 girls. At their 50th class reunion in 2015, nine members gathered to celebrate their time at the school.

Some of his fondest memories of the school come from his time as an elementary student.

“In the old school building, down in the basement, one of the janitors ran a little candy shop,” Richard said. “If we had a nickel or a dime or something, we’d go down there and you could buy taffy for 2 cents or lik-m-aid which came in little paper packets of different flavors, you’d pull the top off, wet your finger and stick it down in there.”

Richard was disappointed to hear about the school’s closure. He still keeps in touch with many of the friends he made there; he and his wife met at St. Mary’s. There is a part of him that hopes the school can still be saved, though his accepts that, realistically, this is unlikely.

“Schools like that have to have some kind of endowment to survive because they don’t get public money,” Richard said. “I’d love to see some new money come in and save the school. But we’re in Lawton, kind of a blue-collar town and most folks don’t have the money.”

The sliver of hope that the school might still be saved by some unknown benefactor is a common sentiment among its alumni. Chuck Wade, who graduated from the school in 1958, shared Richard’s desire to see the school saved, but was realistic about the possibility.

“It’s disappointing, but there is nothing we can do,” Wade said. “It would be nice if some benefactor could come along and bail them out financially, but I don’t think that is realistic.”

Wade is proud of the education he received at St. Mary’s and said he has nothing but fond memories of his time there. In particular, Wade was grateful for the nuns that once lived and taught on the campus.

“The sisters that were running the school then were absolutely excellent. I still remember them. My wife and I, she was a year behind me my wife, we kept in touch with the nuns for several years after graduation,” Wade said.

Wade still attends mass at St. Mary’s regularly, and has been impressed by the efforts of Father Brian Buettner to try and save the school. In particular, he had personally seen the enrollment at the school increase and believed that the quality of education was the best it had ever been.

“We owe a deep gratitude to Father Brian for all of the effort he made to keep the school open and renew interest in it. He has worked tirelessly to keep this from happening and I think we wouldn’t have been able to keep it as long as we had if he hadn’t gotten involved and pursed it the way he has over the last few years,” Wade said.

Kathy Adamson, who is also a regular at St. Mary’s for mass, also agreed with Wade’s assessment that the school provided nothing but happy memories.

Adamson attend St. Mary’s from 1st through 5th grade and then again form 9th through 11th grade. Though she left for four years after grade school, she said all of her friends were still there to welcome her back when she returned.

“My best friends were the ones I made at St. Mary’s,” Adamson said. “We were a small school, but we were very close. Like a family.”

One of her favorite memories of her time at the school is of a teacher named Colonel Keester, who made all of his classes entertaining.

“We were talking about the war and he wanted to demonstrate for us so he would jump up on his desk and act like he was parachuting off,” Adamson said. “He was a gem, he truly was. I have just very fond memories of that school.”

Adamson has arrived at the final stage of her grief, acceptance. Ultimately, though she loved the school, she knew it likely wouldn’t last.

“I’m sad to say I’m surprised that it hadn’t happened sooner because of the cost,” Adamson said.

As the spiritual leader of St. Mary’s, Father Brian Buettner is no stranger to grief counseling. He has been doing his best to consul the grieving families, teachers and students during this transition, assuring them that the school, the church and the Archdioceses would be assisting them with the transition.

“We love this school. I love this school. It is heartbreaking to face these practical realities. I am thankful for the assistance of the archdiocese during this trying time as they help us transition to new opportunities,” Buettner said. “I hope and pray one day in the future, we find a way to re-open the school to provide a new generation with a quality education in the Catholic tradition. Until then, Jesus walks beside us and is the light that scatters the darkness of gloom and brings us lasting hope.”