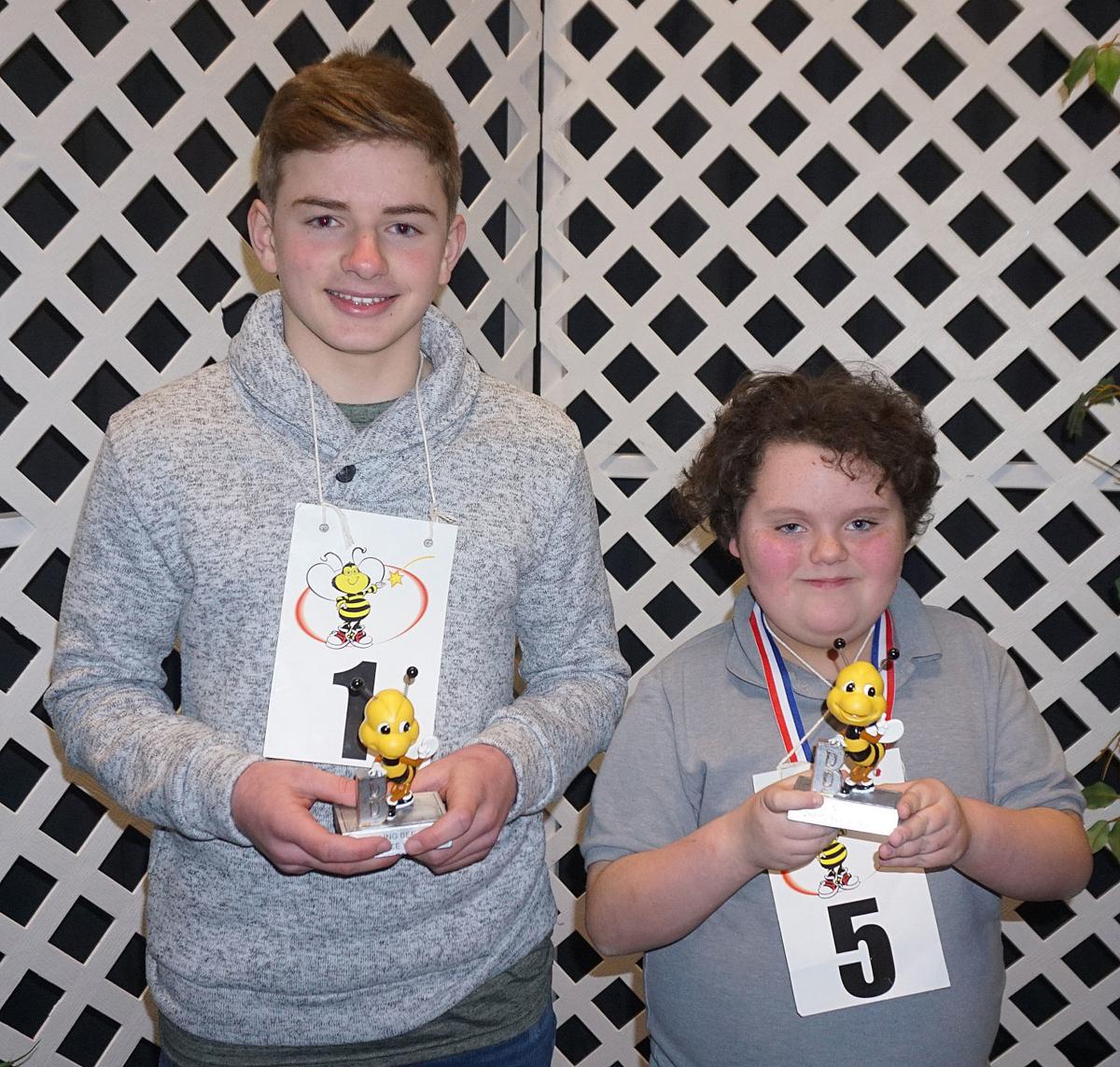 The 2020 Region 14 Central Oklahoma Scripps Spelling Bee winner Austin Bartek, Ike Middle school and the runner up Austin Davis, right pose with their trophies after the end of the spelling bee. 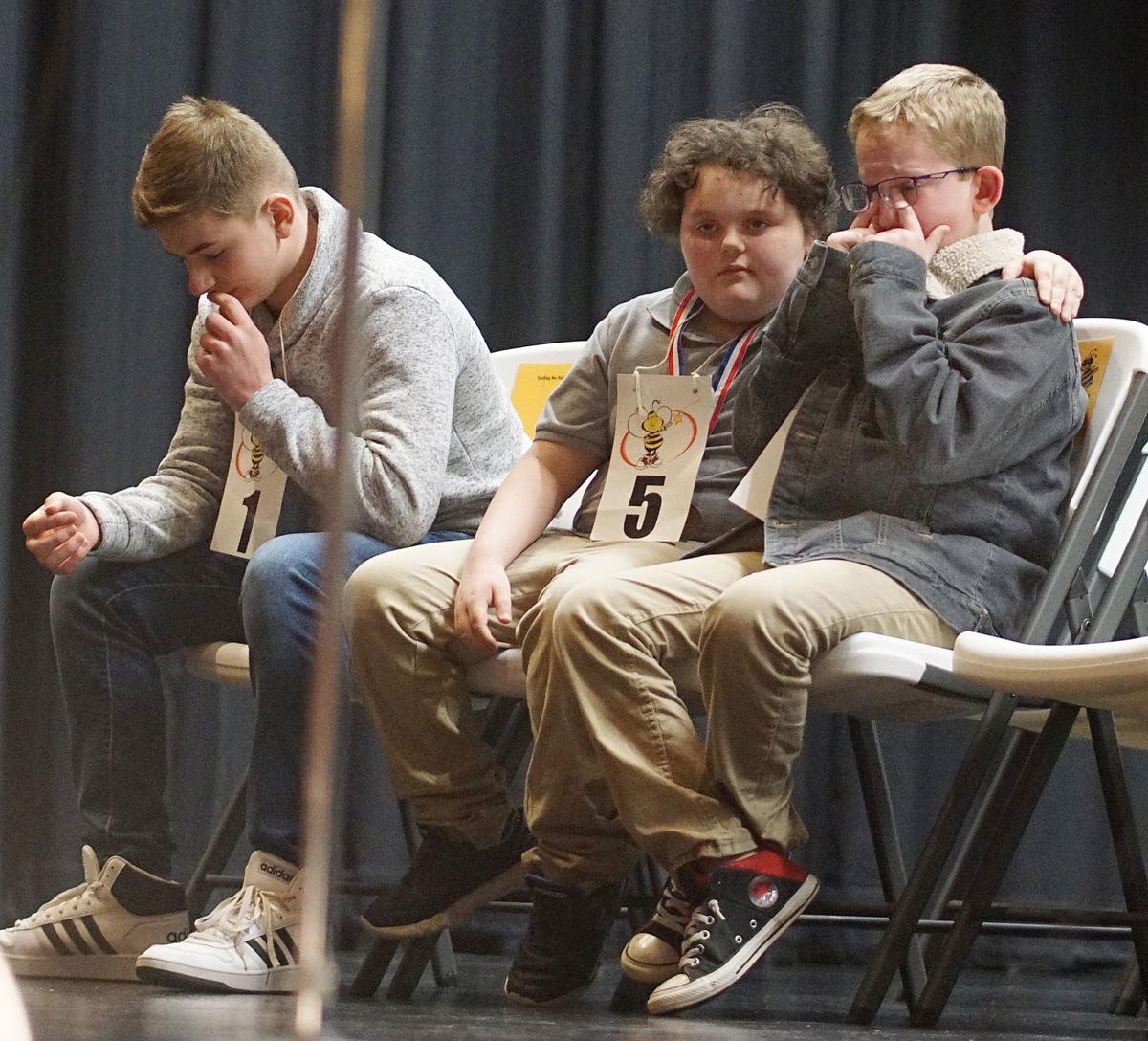 The 2020 Region 14 Central Oklahoma Scripps Spelling Bee winner Austin Bartek, Ike Middle school and the runner up Austin Davis, right pose with their trophies after the end of the spelling bee.

Previously, Bartek correctly spelled the word “dubiously,” and then went on to win by spelling the championship word, “dishevel.”

“I’m so proud of Austin for winning the Central Oklahoma Region 14 Spelling Bee Competition. Watching him win against the other 41 contestants from around the district was an amazing experience. I’m so glad that I have had the opportunity to be his teacher and can’t wait to see him compete on the state level in February,” said Jenna Alston, Eisenhower Middle School sixth grade reading/spelling bee coordinator.

“I’m excited to go to state. I didn’t expect to win. I just did it for fun,” Bartek said. “It was nerve-racking and fun. I just hope to make it through to nationals. That would be crazy and surprising.”

“It (going to the state spelling bee) feels cool because my mom says nobody in my family has done this, and it feels cool to represent Pat Henry and the city,” Davis said. “It was fun and tough. It sure does give you a lot of butterflies in your stomach. As soon as you step foot on the stage, the nerves just hit.

“Congratulations to everyone who is in the spelling bee now and in the future.”

Feb. 29, Bartek and Davis will go to the state spelling bee at the Samis Education Center in The Children’s Hospital in Oklahoma City. From there, the top two state finalists will go to the national level in Washington, D.C.

Earlier in the year, area elementary and middle schools had their own spelling bees so each school could send its own two representatives to Wednesday’s regional spelling bee.

Sherry Havron, Lawton Public School assistant director of elementary education, was the regional spelling bee coordinator for the first time this year, although she has helped prepare spelling competition students for the last 39 years as a teacher, counselor and principal.

“Parents know that their kids are already winners for being selected,” Havron said. “It was a really good competition. What I noticed most was the support the students gave one another. The support of the competitors was kind, compassionate, and heartwarming.”

That kindness was displayed throughout the spelling bee. When a student missed a word, the other students would console them. When they spelled a word correctly, they encouraged them onward.

“(The spelling bee) is not something that’s done alone. Support came from teachers, parents, classmates and siblings to help them study, motivate them, and support them. It was an all-in effort,” Havron said. “I expect they (Bartek and Davis) will carry this (compassion) through to the state competition.”