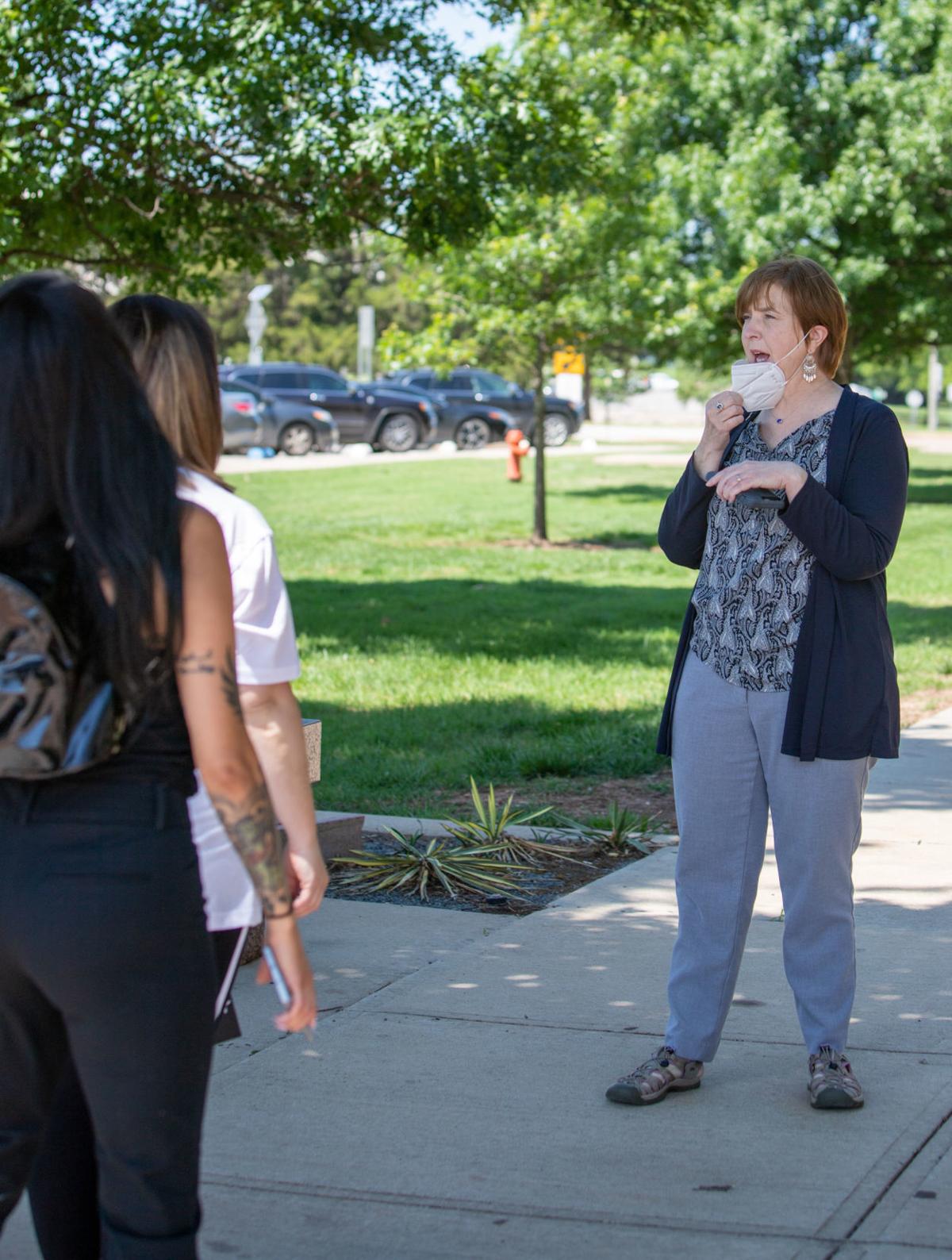 OK State Senator Mary Boren spoke to a group of protestors Monday at the State Capitol. 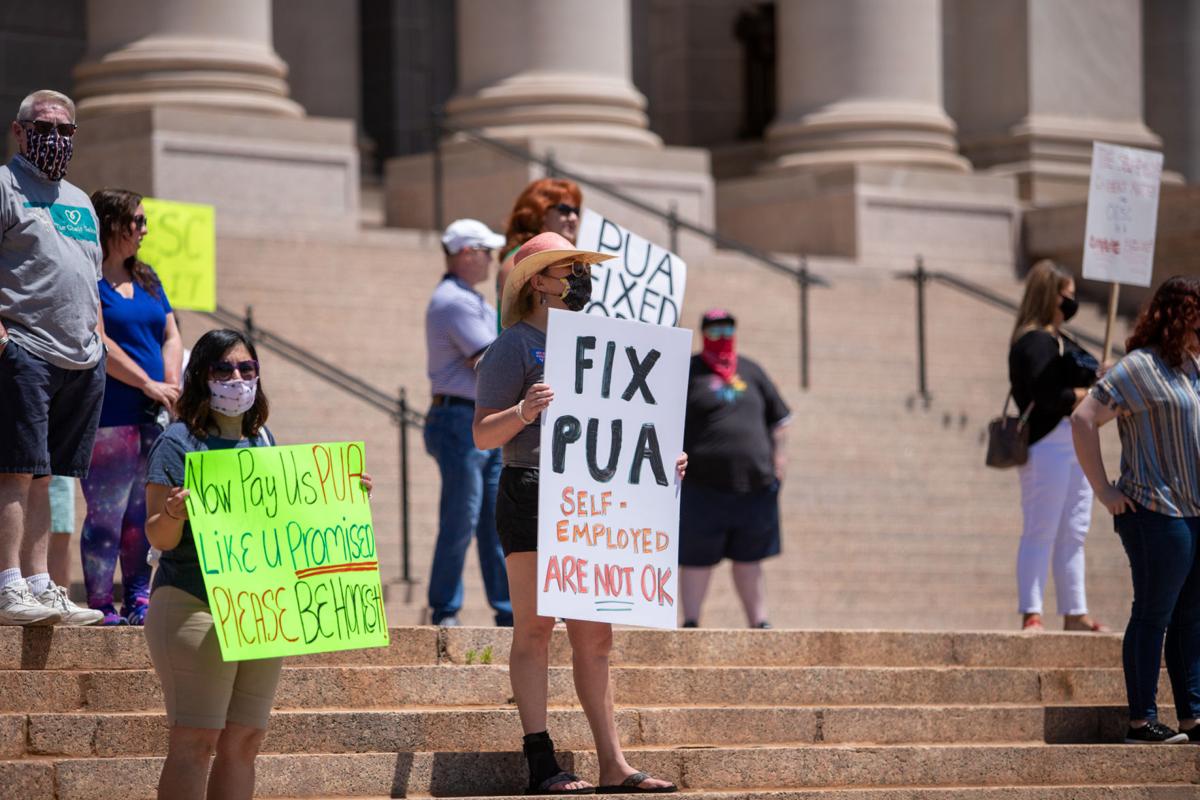 OK State Senator Mary Boren spoke to a group of protestors Monday at the State Capitol.

OKLAHOMA CITY — Over 60 protesters rallied near the front steps of the State Capitol Monday in hope of drawing attention to what they feel has been a lackluster response from the Oklahoma Employment Security Commission and Gov. Kevin Stitt, to an unprecedented number of Oklahomans filling for unemployment.

“I organize (the protest) because every time I would scroll through my social media newsfeed, I would see more and more stories about people who weren’t getting paid PUA (Pandemic Unemployment Assistance),” said organizer Monica Marsh. “It’s ridiculous that this is happening at such a grand scale and I found it infuriating.”

Although the Oklahoma economy has begun reopening, with Stage 2 having begun Friday, many self-employed Oklahomans, who were deemed non-essential during the quarantine and required to shutter their businesses, have yet to receive the promised Pandemic Unemployment Assistance. PUA is part of the almost $3 trillion CARES Act that, among other things, expanded unemployment benefits to self-employed and gig workers who are not qualified for traditional unemployment benefits.

Oklahoma began accepting applications for PUA in mid-April, but many filers expressed concerns with confusing questions on the application, inability to reach anyone at the Oklahoma Employment Security Commission, and technical issues with the website. Some have been waiting for calls from Tier 2 OESC employees for weeks, causing long delays in their application and receipt of funds.

“The federal government gave the funds to a boat full of holes and sinking already,” said Boren. “So, they put money into it, and now they can’t get the money to the people who need it.”

Secretary for Digital Transformation and Administration David Ostrowe said the system was old and was only set up to deal with up to 2,500 claims per week. However, the OESC is now seeing upwards of 50,000 claims per week filed, and 53,000 claims for PUA.

Ostrowe said they are making improvements to the online application process on a daily basis, but acknowledges that there still are issues.

“The frustration with IT is that we plan on being done with (updates) in two days, but we run into pothole after pothole,” Ostrowe said.

Ostrowe also said the commission has paid out over $750 million in claims to date and expects to reach $1 billion by this Friday.

In response to the protesters, Ostrowe invited several OESC employees to the front steps to assist the protestors with their claims by taking their information and questions.

“That was the best thing Ostrowe could’ve done,” said Erin Schones, a nursing instructor who was laid off during the quarantine. “Not only are people getting help now, but it also puts a face to the claimants who are struggling right now.”

“I feel like we established a good relationship with our leaders,” said Marsh. “We also got noticed enough to get OESC’s attention. I believe they were able to help some of the protestors and that’s an accomplishment all its own.”