Lawton police released a clear stock image of a late 2000s Dodge Durango, along with a photo of the suspect vehicle in the Nov. 6 shooting death of Tariq Jackson, 19, of Lawton. 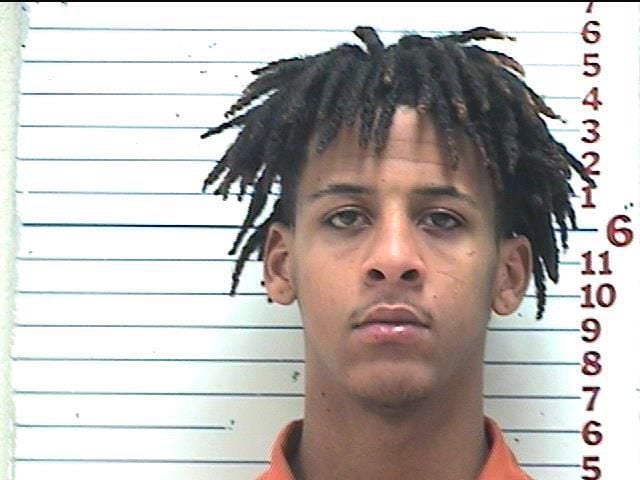 Lawton police announced Tuesday that a person of interest is in custody in connection to the Oct. 6 shooting death of Tahiba Willis outside a local nightspot.

Officers were called to the bar around 2 a.m. on the report of a shooting. Willis was found suffering gunshot wounds to the chest and abdomen.

“It is unknown at this time what caused the shooting to occur,” said Sgt. Tim Jenkins, LPD information officer. “This is a horrific incident, but the department is continuing to investigate.”

It is unclear who the person of interest is and what his/her role may be in the incident.

Willis’ death was the 14th by homicide in Lawton this year. There have been two more unrelated deaths by homicide since Oct. 6.

An arrest warrant was issued by the Comanche County District Court on Nov. 6 for Jamar Angel Jackson, 19, of Lawton, for the allegation of first-degree murder, court records indicate. The crime is punishable by life in prison, life without parole or death.

According to the court affidavit, another man told police that he saw Jackson holding a gun after the sound of gunfire was heard in the club parking lot. He then fled with the alleged shooter.

“The Lawton Police Department is asking if anyone saw what occurred at the location of the shooting, please contact us with any information you may have,” Jenkins said.

Police also put out a “be on the lookout” (BOLO) Tuesday for a late 2000s model Dodge Durango that was used in the Nov. 6 killing of Tariq Jackson.

Jackson, 19, of Lawton, was killed after being shot in the head while in the 3800 block of Northwest Arlington the morning of Nov. 6.

The case is under investigation and no suspects have been identified or arrested.

Jackson’s death was the 16th reported Lawton homicide in 2019, according to The Constitution’s reporting.