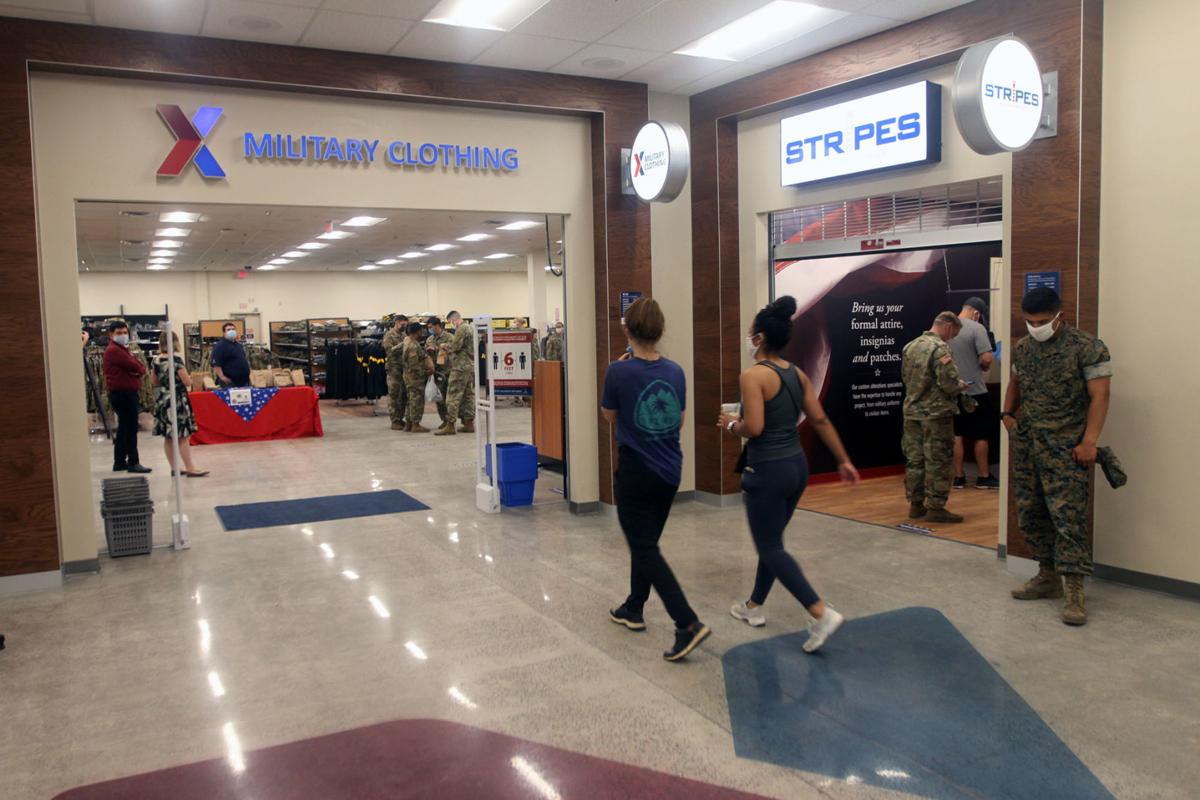 Customers get ready to shop at a newly expanded and modernized Military Clothing store inside the PXtra, Building 1712 Macomb Road. 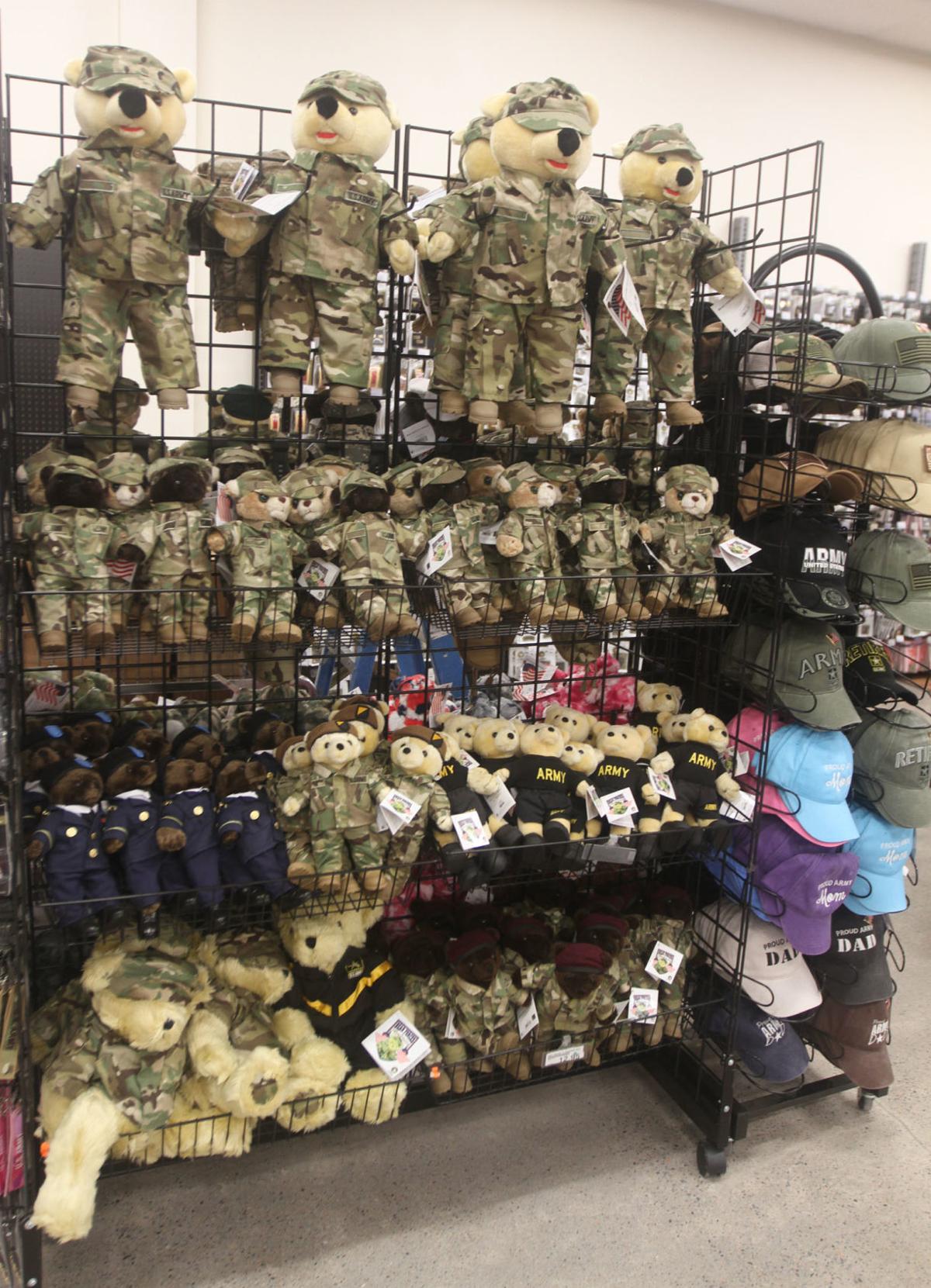 What's not to love about soldier teddy bears? 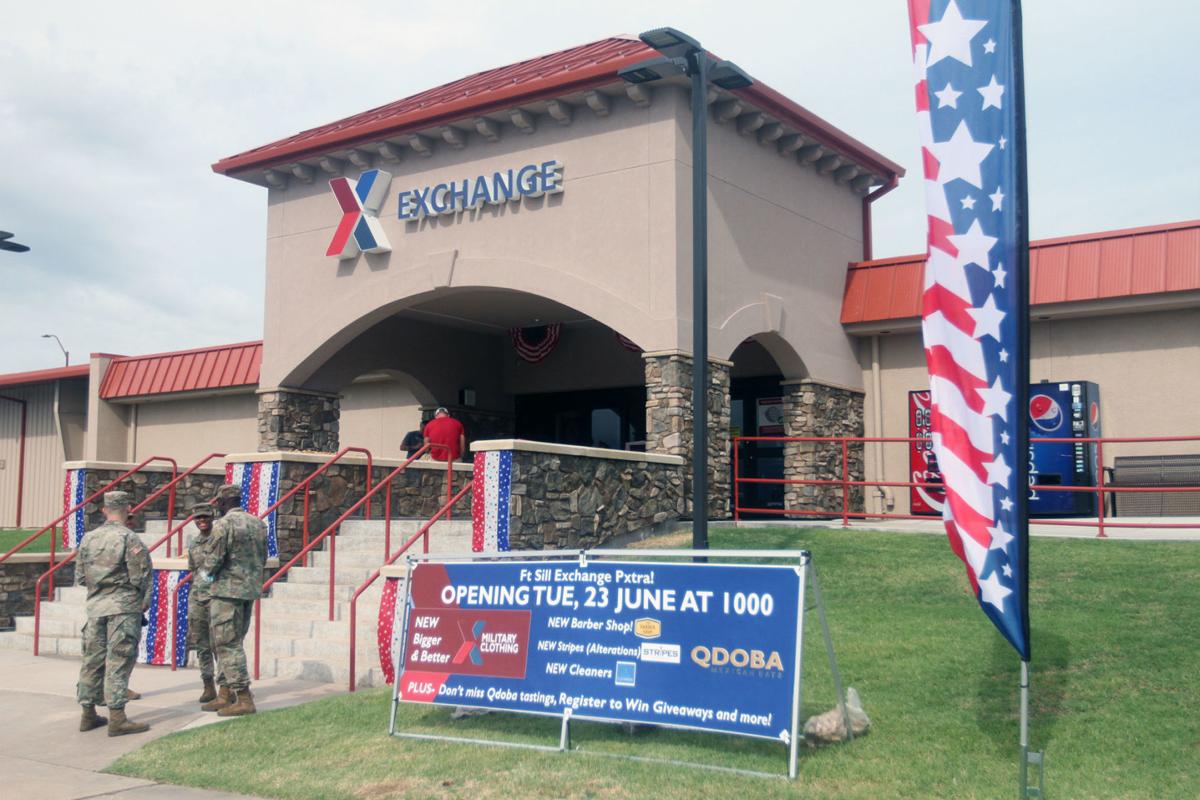 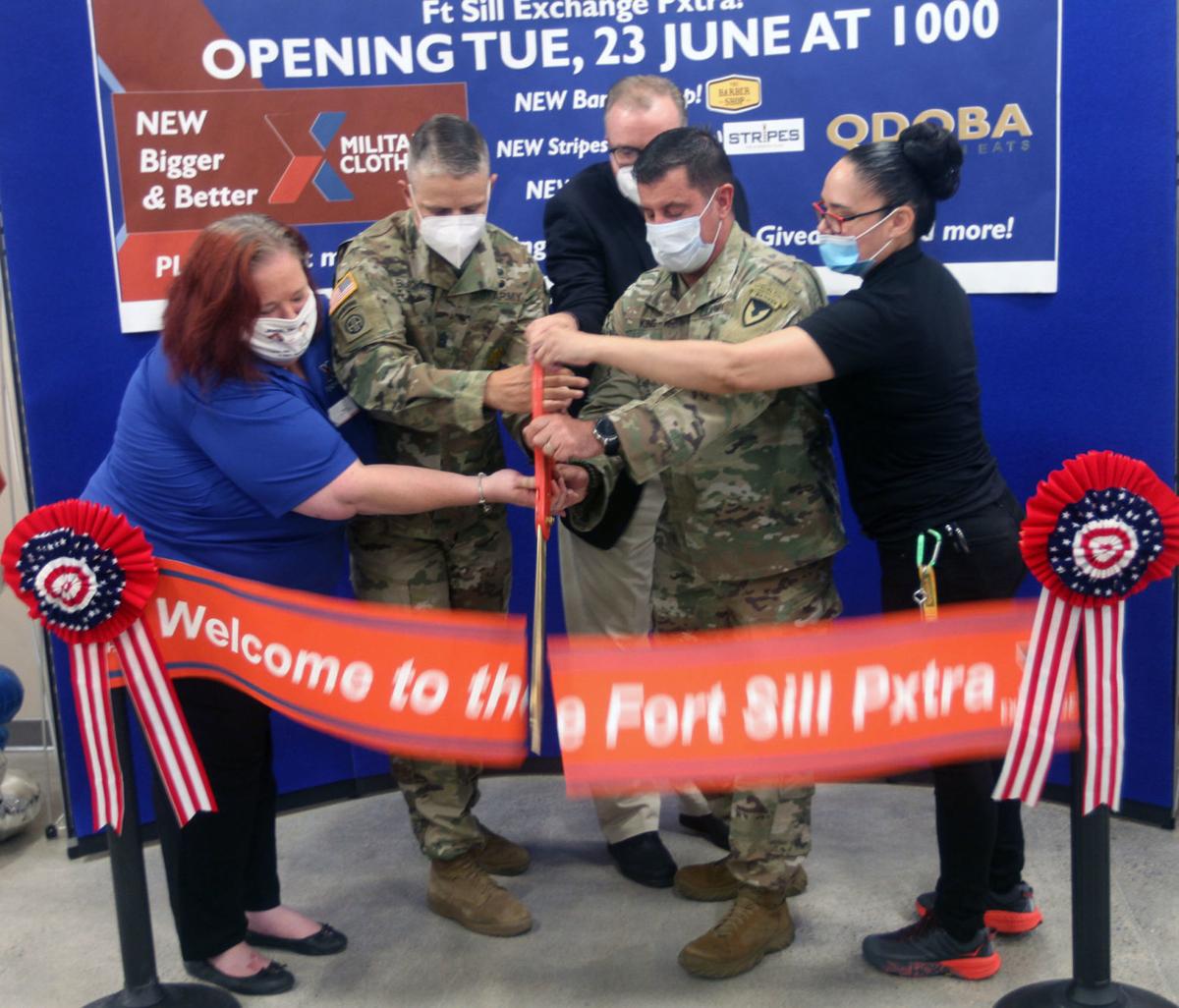 Customers get ready to shop at a newly expanded and modernized Military Clothing store inside the PXtra, Building 1712 Macomb Road.

What's not to love about soldier teddy bears?

Walter said the PXtra will complement the Fort Sill Post Exchange (PX) at the opposite end of the parking lot. The $8.7 million in renovations to the 35-year-old building took a year to complete.

The 50,000-square-foot Army & Air Force Exchange Service (AAFES) facility is now a one-stop center for the Operational Camouflage Pattern uniforms (OCPs) used in the Army, the Air Force and the Marine Corps. It combines the Military Clothing store with Stripes Alteration and laundry and dry cleaning services, all under one roof.

For the added convenience of Advanced Individual Training soldiers who buy their uniforms and accessories here, there’s a Qdoba Mexican Eats where they can grab a healthy meal and a three-chair barbershop where they can get their hair cut. Due to the COVID-19 pandemic the barbershop and eatery will be operating at 50 percent of capacity. All stores and services will follow recommended health guidelines, which currently include wearing face masks, hand sanitizing and social distancing.

The relocated Military Clothing store is 4,000 square feet larger than the previous facility, and the alterations shop is more than 50 percent larger.

Sometime in 2021, the PXtra is scheduled to welcome a four-chair, civilian-run dental office; a durable medical equipment store, and a Sarku Japanese restaurant.

Walter said Building 1712 hadn’t been utilized for several years and had not received any substantial upgrades since 1996.

AAFES didn’t want to see it go to waste, so they decided to put it back into use. The old military clothing store has been vacated and AAFES will be turning it back over to the installation.

“This is for the Fort Sill community. We wanted to add more healthy-choice initiatives to the selection that we have as far as varieties of eateries,” Walter said.

“The Exchange is committed to supporting the readiness and resiliency of the Fort Sill military community, especially our AIT soldiers, by expanding these services and making them more easily accessible,” he continued. “The Exchange (staff) is excited to continue expanding the offerings in the future as well.”

Blackwell said the investment in the PXtra was a part of modernizing Fort Sill and the Army, “and really just improving the overall performance in the services that we’re able to offer here at Fort Sill.”

“We had to completely gut the inside of this building and rebuild it in order to get to where it’s at now. This actually used to be a toy store,” Blackwell said.

The sergeant major said he thinks it will have a great impact on the population that utilizes the PX and the PXtra.

“No. 1, it give them more choices. No. 2, it gives them better facilities. And No. 3, it supports the future of the Army, with the new Army Hiring Days initiative where we’re trying to get 10,000 new soldiers between now and the beginning of July. Operating state-of-the-art facilities like this really goes a long way in being able to provide that,” Blackwell said.

Customer purchases make a big difference for soldiers and their families, as 100 percent of earnings are invested in the military community through support for on-base and quality-of-life programs as well as capital improvements like the renovated shopping center, Walter said.

In 2019, shopping the Fort Sill Exchange generated nearly $940,000 for quality-of-life programs in the community.