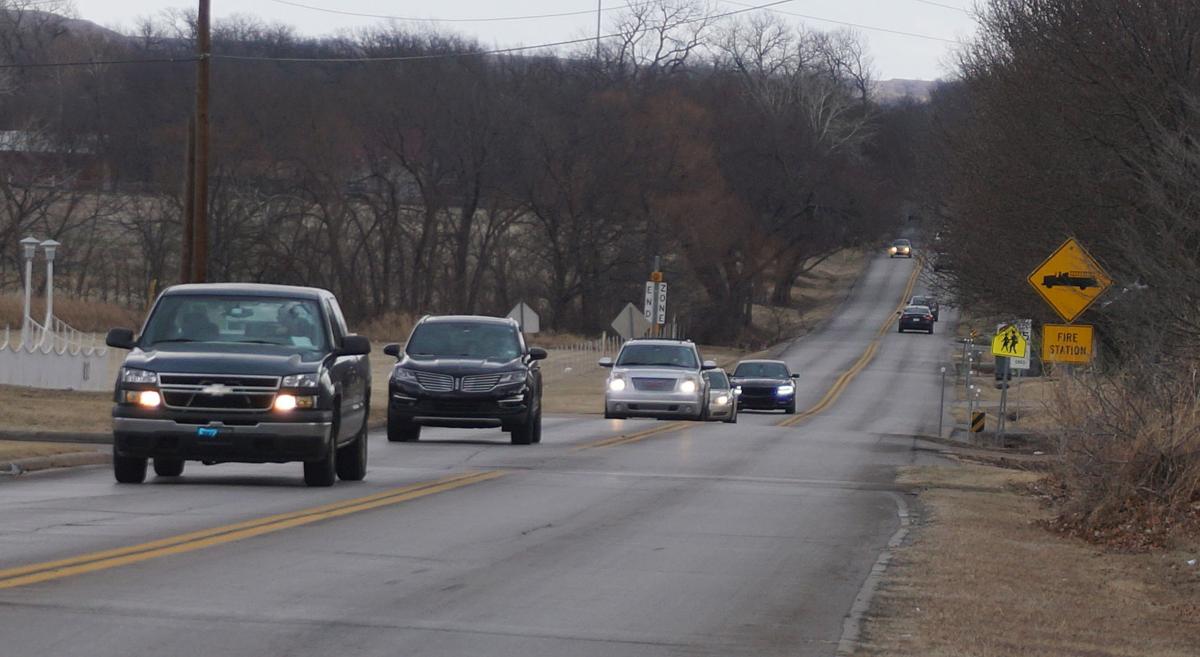 Expansion of a two-lane section of East Rogers Lane, immediately east of Interstate 44, is among the projects to be carried over from existing sales tax programs to the 2020 Capital Improvements Program. 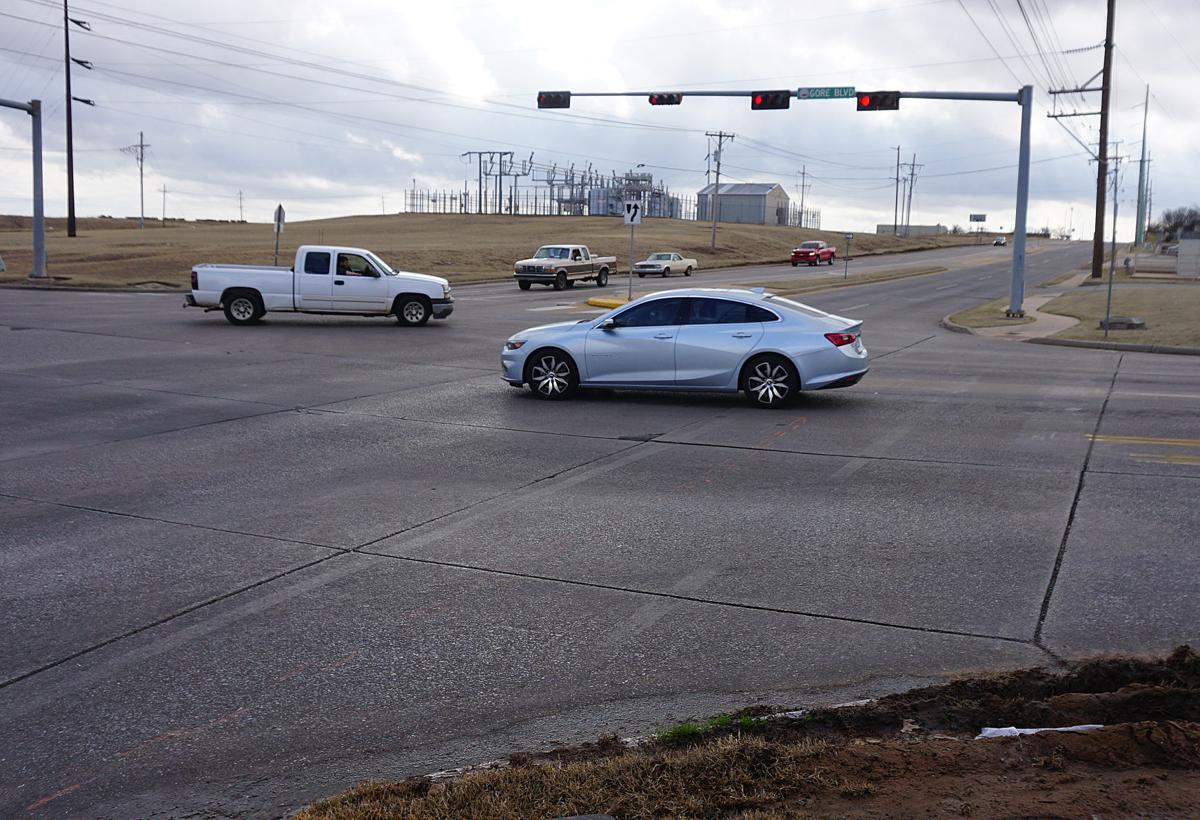 Drivers turn in the busy intersection of Northwest/Southwest 67th Street and West Gore Boulevard. A project to expand the last two-lane section of West Gore Boulevard into four lanes is among the projects that will be carried over into the new Capital Improvements Program that voters will consider Feb. 11.

Expansion of a two-lane section of East Rogers Lane, immediately east of Interstate 44, is among the projects to be carried over from existing sales tax programs to the 2020 Capital Improvements Program.

Drivers turn in the busy intersection of Northwest/Southwest 67th Street and West Gore Boulevard. A project to expand the last two-lane section of West Gore Boulevard into four lanes is among the projects that will be carried over into the new Capital Improvements Program that voters will consider Feb. 11.

A key component to the sales tax extension being sought by Lawton city leaders is inclusion of projects and programs from two existing Capital Improvements Programs.

What City of Lawton officials have dubbed PROPEL — the 2020 CIP (Capital Improvements Program) — has its roots in multiple CIPs. Not only does the program have a new slate of projects ranging from an indoor youth sports complex to extensive city infrastructure upgrades, it also is absorbing the 2015 Sales Tax Extension and the 2016 CIP.

Deputy City Manager Bart Hadley said there is precedent for the proposal that Lawton voters will consider Feb 11: the 2016 CIP is amended from an earlier CIP. In 2015, voters were asked to end what was the 2012 CIP and place remaining projects in what would be the 2016 CIP. Voters looked at the 2016 CIP again in early 2019, agreeing to delete an alternative water category and create two new categories: Information Technology upgrades and infrastructure to support industrial development. Deleting the alternative water category freed up about $17 million for those two new categories, city officials said.

Mayor Stan Booker has said the 2020 CIP isn’t forgetting those categories. He said $17 million is being returned and designated for a water treatment plant to process water from wells that will be drilled as part of the alternate water sources projects that city officials created to deal with drought. Industrial development has $29 million allocated in the new CIP, while IT has $12 million in new money.

Funding that will allow deleted projects to be restored is a major component of the new program.

City Manager Michael Cleghorn said the funding will be restored for the water treatment plant because citizens were told that plant was part of the alternative water portion of the existing CIPs. Some of that alternative water work is in progress and will be carried over to the new CIP program, specifically, water wells that will be dug to supplement raw water provided by city lakes and the infrastructure needed to transport well water to the southeast water treatment plant.

That well water from the Arbuckle-Timbered Hills aquifer (high in total suspended solids and naturally-occurring fluoride) will need special treatment, the reason for the new water plant. City administrators and City Council members say they won’t build that plant until it is needed, and that won’t be until well water is needed. Design plans will be completed and shelved, ready to update with the latest technology 18 months before the well water is needed.

The water plant wasn’t the only project delayed from earlier programs, and the new CIP will address them.

“We’ve restored that funding,” Cleghorn said, of other projects that were put on the back burner to cover higher-than-anticipated costs of the new public safety facility.

That includes renovations at Lawton Public Library, and the city’s share of construction funding for the West Gore Boulevard and East Rogers Lane expansion projects. Also included is the $200,000 cost to demolish Lawton Police Department after personnel there have been moved to the public safety facility.

While a number of projects in the 2015 and 2016 programs are done, others still are under way (the public safety facility being built between Railroad and Larrance streets, east of downtown). Some haven’t yet begun (the West Gore Boulevard project).

Cleghorn said those are the existing projects that will be brought into the new CIP, meaning they won’t be lost because the 2015 and 2016 programs will end March 31.

Those under-way or not-yet-started projects will become part of a program with a new expiration date of Dec. 31, 2034. Booker emphasizes that is the only change in the program. The existing 2.125 percent tax that is the combined total of the 2015 and 2016 programs will continue through Dec. 31, 2034, rather than expiring Dec. 31, 2025 as those programs now specify. The 9 percent sales tax now paid when shoppers buy goods and services in Lawton will remain at 9 percent, city officials said.

What’s not yet known is when projects will be done.

Needs will be addressed by priority, said City Engineer George Hennessee. While projects slated for the 2015 and 2016 programs will go forward, “that doesn’t mean we’ll wait until they are done to start new projects,” he said.

City administrators have a pretty good idea about some of the 2015 and 2015 projects, which is why the new program is written with flexibility.

“It allows the city to respond to needs,” Hadley said.

LAWTON, OK — Some of the projects in the existing sales tax programs: