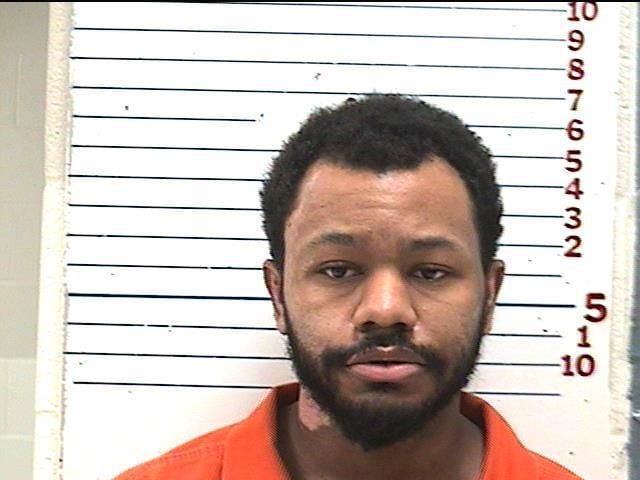 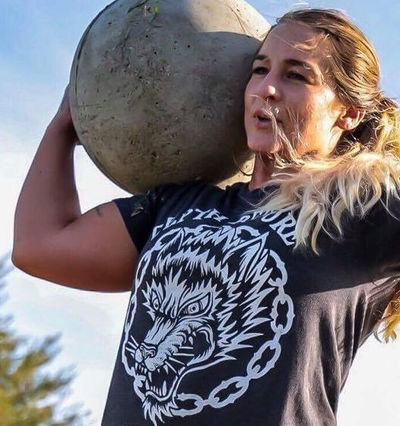 “What do you want your last words to be?” Galbraith asked. “I don’t want to die,’ those were Kindra’s last words.”

Johnson was stabbed seven times with six wounds puncturing her lungs. Five wounds could have been fatal, according to Dr. Edana Stroberg, forensic pathologist with the State Medical Examiner’s Office. Her throat also had been superficially cut.

Johnson also suffered burst blood vessels around her eyes that offered evidence of traumatic asphyxiation. While cause of death was uncertain, Stroberg ruled Johnson’s death a homicide.

The prosecution’s picture of Johnson’s death and discovery on Jan. 29, 2020, as well as the arrest of Purdy two days later developed over the course of the first day of testimony.

Johnson’s sister, Kaitlyn Blevins testified, that she had seen her sister two days before her death. The sisters work as registered nurses at Comanche County Memorial Hospital. In preparation for her to move in, she said Johnson had the house in immaculate order.

When she received a phone call from Memorial that her sister had not shown up for work, Blevins said she and her mother went to Johnson’s duplex at 2503 SW C. She said she grabbed her gun because, “It just felt different.” She found the front door unlocked; something Johnson never did.

Once inside, she noticed the front rug off its grip-pad. Other small things caught her eye and she said, “something didn’t feel right.” Johnson’s wallet was found, emptied. Her key fob was missing.

She said Johnson’s bed was flipped over and all the drawers, furniture and clothing were spread throughout the room and covering the floor. She said the bathroom was in similar shape.

“There was nothing left intact,” she said. “Everything in the closet was on the floor.”

Blevins then went to the hallway bathroom. A white, cloudy substance was all over the floor with a footprint in it. She went to open the door.

“It stopped,” she said. “It hit her head. I apologized for hitting her with the door.”

Blevins then saw her sister’s thigh sticking out from under towels and blankets wrapped around and tossed over Johnson. They were tucked in tight, she said. She uncovered Johnson’s head and found her cold to the touch. There was only slight warmth left in her center trunk.

Johnson’s lips were dry and there was fluid in her mouth. Blevins said her hair appeared slicked back as if wet. Her mother called 911 and Blevins began compressions. She then leaned in to kiss her sister’s lips in search for any recognition of life.

“The moment my lips touched her, she was cold,” she said.

In trying to get Johnson into a recovery position, Blevins said she first found one of the brutal wounds.

Clumps of Johnson’s hair also were gone. Blevins said her eyebrows and eyelashes were beginning to fall out. Her tongue was green from an unidentified green capsule Stroberg said had been placed in her mouth after death.

Blevins testified about Johnson’s other injuries.

“Her breast was mutilated, it was gone,” she said. “I thought, ‘What … happened to her? What was done to her?’”

After cleaning her lips following the kiss to her sister, Blevins discovered she’d suffered a chemical burn to her lips.

As Lawton police began investigating, Blevins tried to figure out who could do this to her sister. She’d thought of Purdy, who had been in a relationship with Johnson between October and mid-December 2019. The pair met while powerlifting at a local gym. Eventually, the sister got to know him a little bit as part of their social circle. He would text Blevins at times when he and Johnson were separated and complain about her dating other men. But, Blevins said, she’d never seen him be violent.

That changed on Jan. 31, 2020, according to Blevins. Purdy texted her while she was at her parents’ home outside Chattanooga. Galbraith asked what was in the message.

“His confession to me,” she replied.

Blevins screenshot the messages and they were entered into evidence. The texts said he and Johnson were eating marijuana edibles and taking Xanax while drinking vodka. He wrote that Johnson had come at him with a knife and he’d wrestled it from her and stabbed her twice in self-defense before passing out. He said when he awoke, he left immediately. He also said Johnson’s last words were, “I don’t want to die.”

Shortly after receiving the message, Blevins said Purdy’s gray Nissan Sentra came roaring up the driveway. She said he got out and it appeared he was pouring a liquid on himself. All of a sudden, he was on fire and ran screaming down the driveway while stripping his flaming clothes.

Blevins said Purdy taunted her father and asked, “Are you going to shoot me or call the cops?”

“I called the cops,” she said her father replied.

Purdy fled in his car but not before throwing two knives out into the grass. Two 2-liter soda bottles containing gas used to start the fire also were recovered.

Chattanooga Police Chief John Stallcup testified about arresting Purdy after a short car pursuit that lasted less than a mile before Purdy pulled over and turned himself in. Purdy had burn wounds, Stallcup said, and confessed to the crime while being handcuffed.

“He said, ‘I’m the one responsible for Kindra,’” he said. “He said he felt guilty and wanted to make it right.”

The question of what chemicals were poured over Johnson’s body and throughout the house was answered during testimony from Lawton Police Detective Jeremy Walters.

He testified about finding the home in disarray and finding a drawer full of knives in the living room. White residue was found “here, there and everywhere” in the home, he said.

Inside the kitchen trash can, one of many latex gloves was found, along with an empty vodka bottle and an empty bourbon bottle. There was also “a clump of hair,” Walter said.

When the photo of the hair was shown to the jury, an audible gasp was heard throughout the courtroom. It appeared to be the size of a small toupee. When the hair was removed from its evidence package, those in the courtroom could see the sheen from chemicals.

Walters described the difficulty of processing the crime scene. He said investigators had to peel back the layers to figure out what happened and locate all the evidence.

“This was a nightmare scene to process,” he said.

From blood stains found on the mattress, Walters said it appeared Johnson had been stabbed on the bed.

In a clothes hamper, a pillow covered in brown stains had begun dissolving due to a chemical being poured over it. On the other side, a large blood stain remained.

Investigators also found a slew of household cleaning product bottles, including bleach, lime solution and more. They were all empty with their lids removed.

Walters said a bottle of Antique Kleen Out was discovered. He said the bottle contained sulfuric acid, which he said appeared to be what was poured over Johnson’s body.

Two knives were found on the ground between Johnson’s. One small steak knife had “a sticky, clear substance” on its blade that was consistent with a silicone breast implant that had been punctured during the stabbing, Walters said.

The detective also said Johnson’s keys were recovered from the center console of Purdy’s car when the car was searched after Purdy’s arrest.

Following Walters’ testimony, Tayloe ended the first day of testimony. Jurors are to return to court at 9 a.m. today.